Nearly 200 law enforcement agents fanned out at 6 a.m. across the city of Mansfield and Richland County, as well as Detroit, according to Eric Smith, an FBI special agent based in Cleveland. 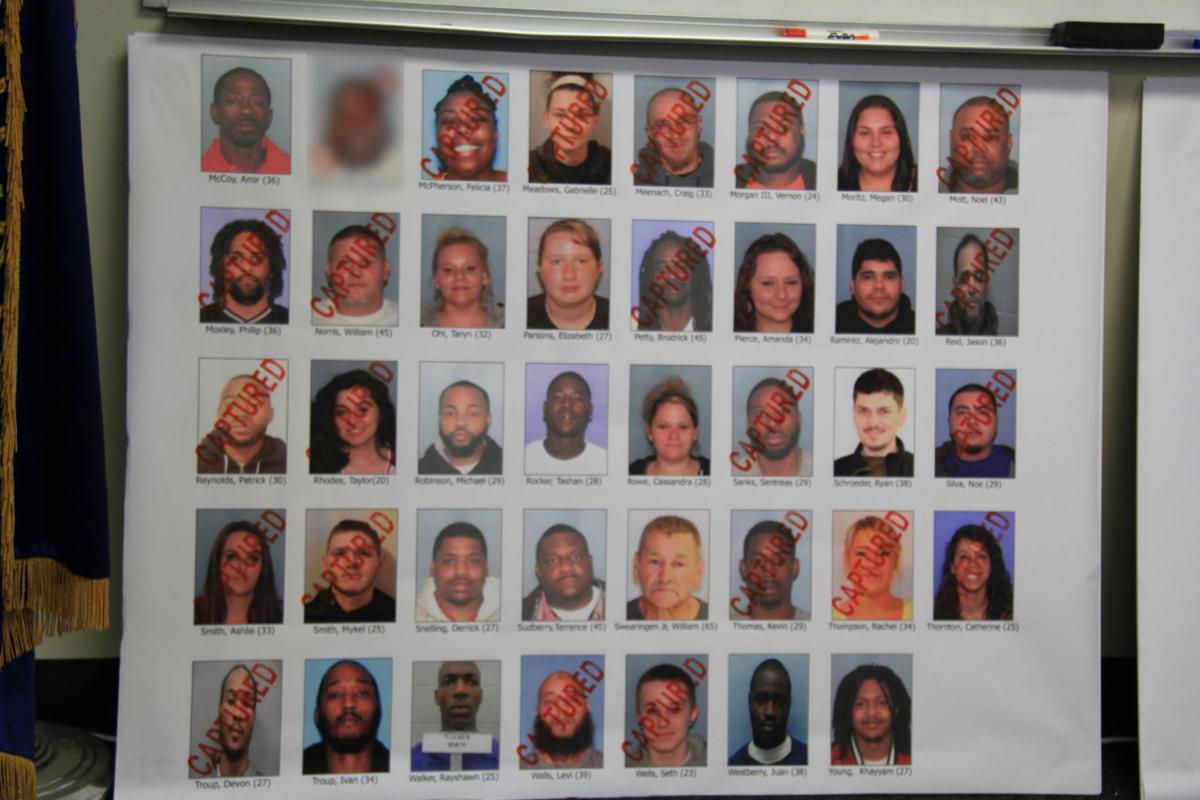 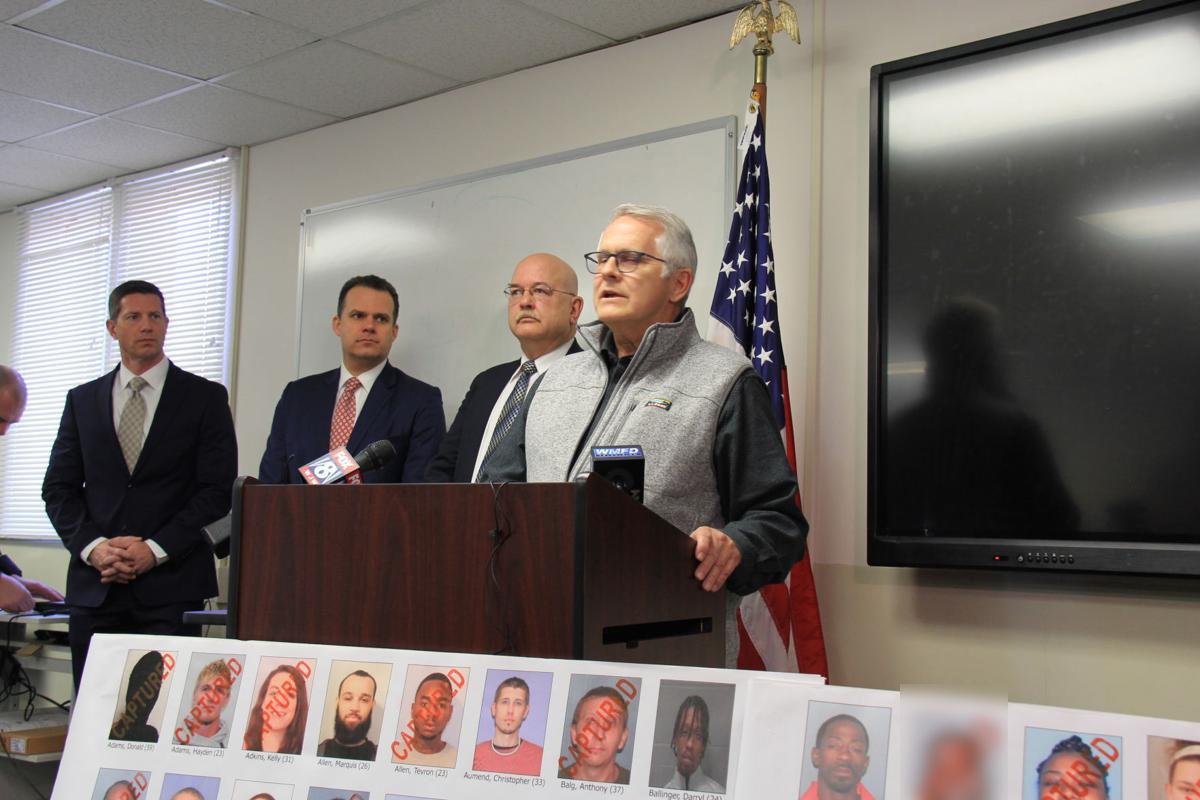 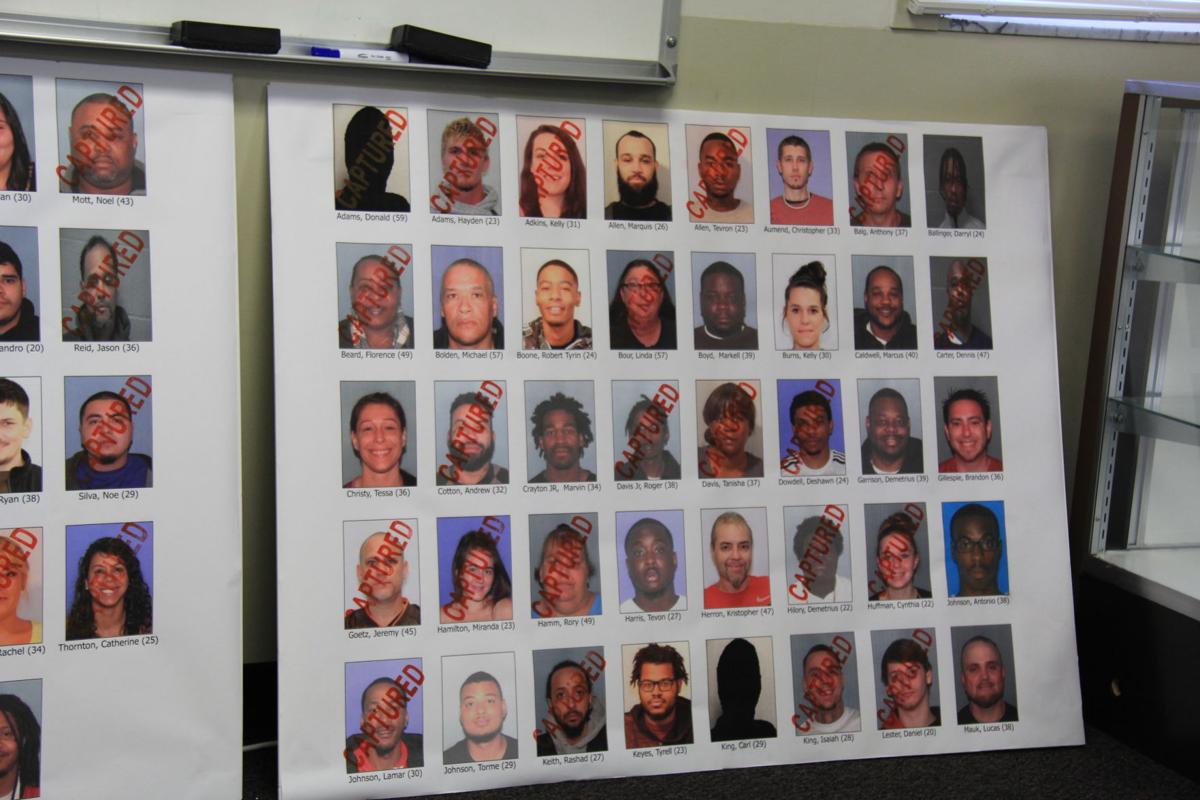 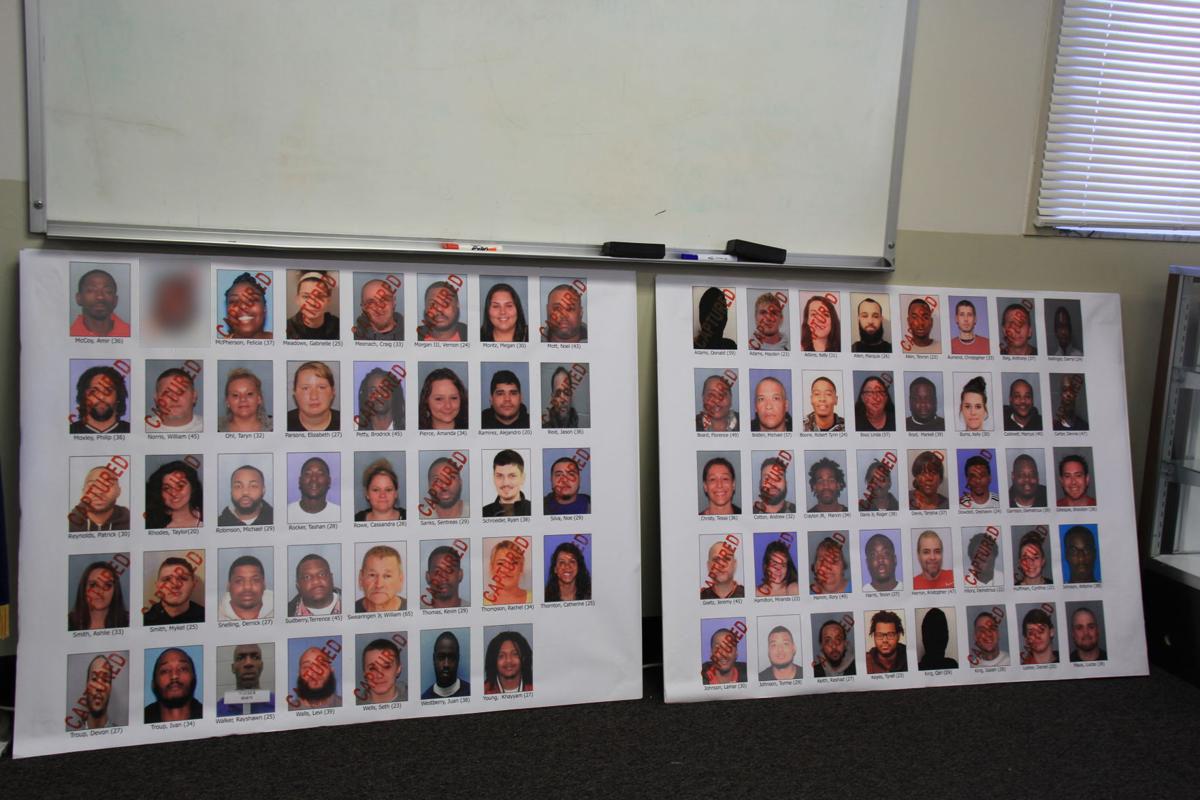 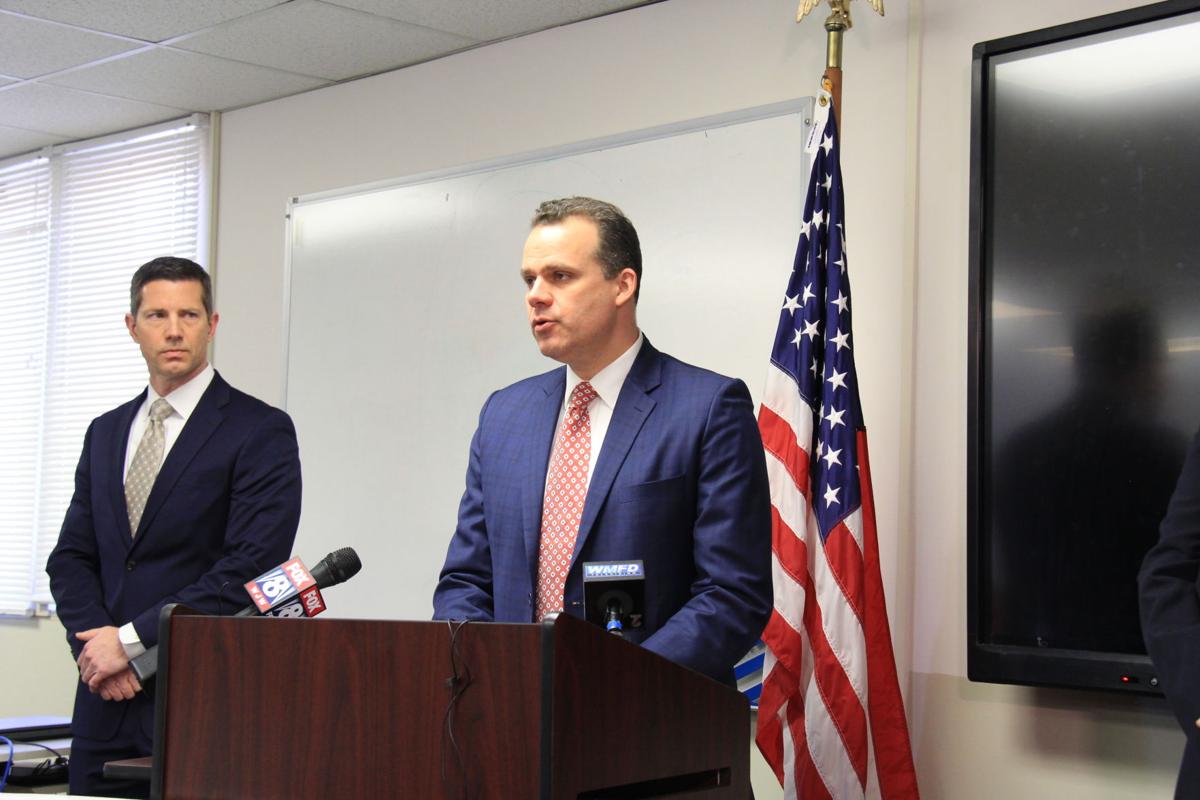 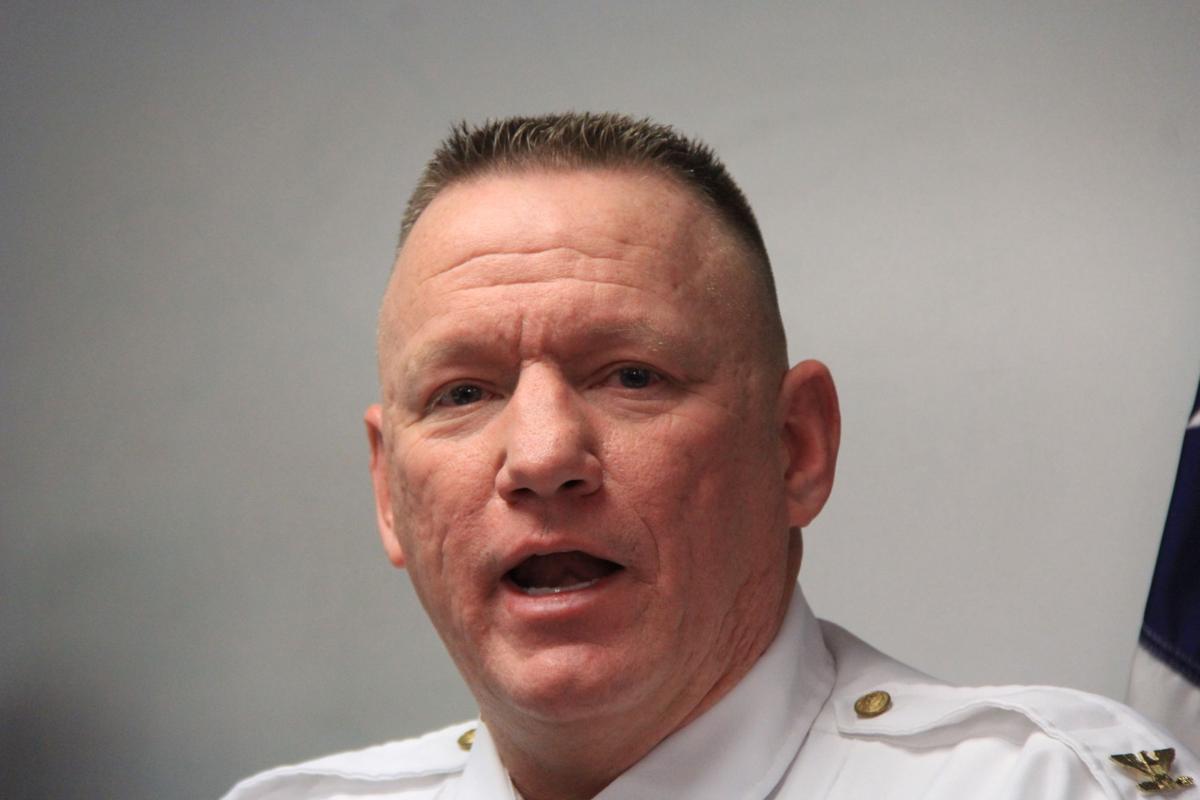 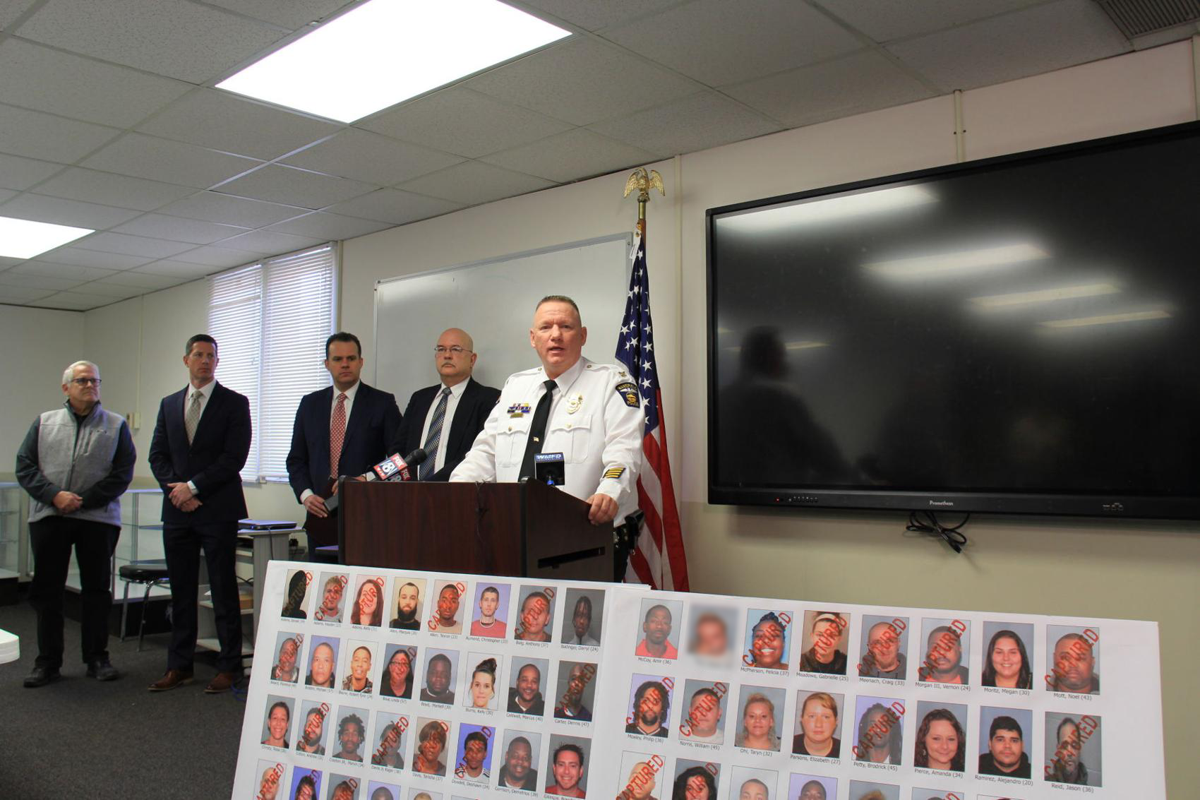 "It takes a network to defeat a network," Smith said during an 11 a.m. press conference at the Richland County Sheriff's Office. "This morning, in cooperation with METRICH, Mansfield Police Department, Richland County (Sheriff's Department) and the Ohio State Highway Patrol, we think that statement remains true."

"Today's operation was focused on two separate drug conspiracies," he said. "They dealt different products and substances, but what they had in common was that both of these groups brought deadly and dangerous drugs into Mansfield and sold them for profit, leaving behind broken families in their wake."

The first federal indictment charges 23 people with conspiracy to possess with intent to distribute heroin, fentanyl, oxycodone and marijuana.

"The members of that conspiracy were lead by Noel Mott (43), and they allegedly bought heroin, fentanyl, oxycodone, and marijuana in Detroit and in Mansfield," Herdman said. "They resold in Mansfield. This took place in 2016 until the present."

Herdman said Mott, along with others, would travel to Detroit to obtain large amounts of oxycodone to be sold in Mansfield. Mott obtained fentanyl and heroin from other indicted co-conspirators. Mott was arrested during the morning raids.

Herdman said Mott has also been charged with possessing firearms in furtherance of drug trafficking and being a felon in possesion of a firearm. Mott allegedly had three firearms and ammunition, despite a previous conviction of distribution of crack cocaine.

The second federal indictment charges 20 people with conspiracy to possess with intent to distribute, heroin, crack cocaine, cocaine and methamphetamine.

Herdman said this group was lead by a man named Juan Westberry, 38. Westberry was not captured in Thursday's drug sweep by the time of the press conference.

"They allegedly obtained heroine, crack cocaine, powder cocaine, and methamphetamine to sell to other dealers in the Mansfield area who then would sell it to their customers," Herdman said.

Herdman said drug houses located during the investigation were on Rembrandt Street, Helen Avenue, Dunbilt Court, Bowman Street and West Third Street in Mansfield, as well as Eckstein Road in Crestline. These addresses were used for storing and distributing drugs, according to the indictment.

Coontz reminded the room of his comments at the previous drug sweep press conference in October 2018.

"We put you on notice then, if you remain in Richland County, you're going to be on this list. These are the people I was speaking to," Coontz said referring to photos of the 79 indictees. "And we're going to get you. We will do this again. We will be back again. We already are working on our next sweep."

No law enforcement agents were injured during the morning sweep.

"These take downs are not going to automatically fix the drug problems in Mansfield, or Ohio or the United States at large," Herdman said. "But what they are going to do, is they offer an opportunity for our community. It's an opportunity for all of us to to hold accountable the people who have sold these drugs on our streets, who have profited from this drug epidemic.

All of the defendants are from the Mansfield or nearby-area with the exception of Donald Adams, Felicia Mcpherson, and the Troups, who are all from Detroit.

(Editor's note: An earlier version of this story contained an incorrect photograph and suspect name that was part of the picture line-up used by law enforcement this morning during a press conference. The photo used was of Andre McCrary Sr., who is NOT a suspect in this case. The correct suspect is Andre McCrary with a date of birth of July 26, 1994. Police apologized and said today they are still searching for that suspect and are investigating how the wrong photo got into the line-up. Richland Source has blurred the image of the incorrect photo from its coverage.)

Ken Coontz has announced his retirement from his 25 years in law enforcement and will be taking over and the city's Human Resources director, April 8.