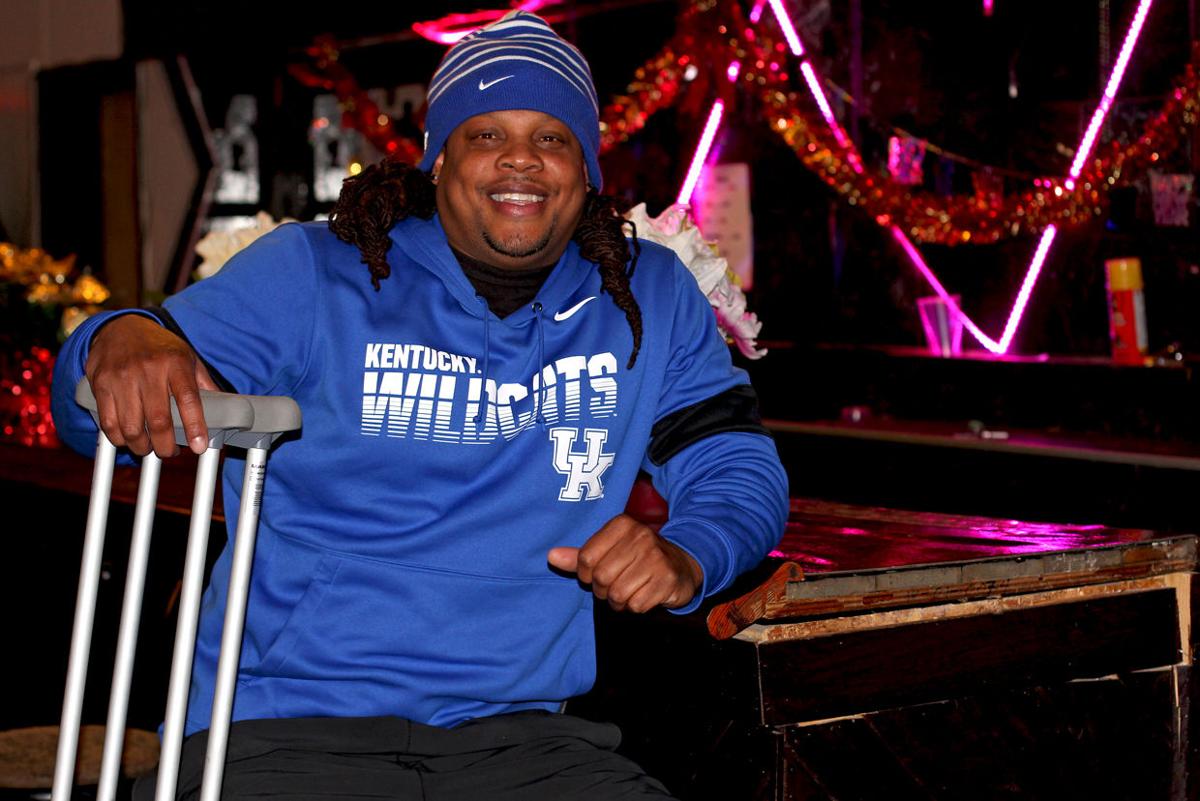 Kenny McCall Jr. was the victim of a shooting on New Year's Day in downtown Mansfield. But he maintains a positive outlook on life. 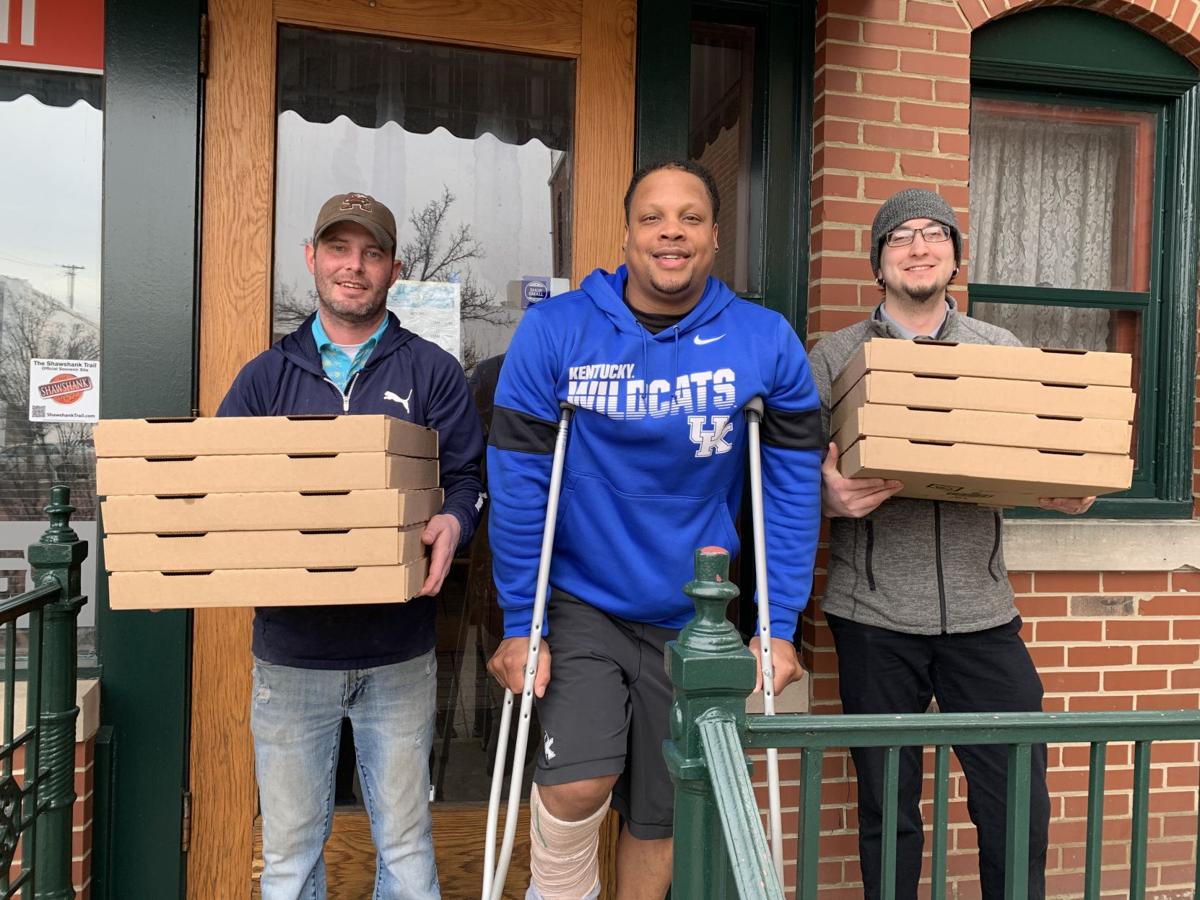 Kenny McCall Jr. purchased pizzas from Two Cousins Pizza on Thursday to deliver to the OhioHealth Mansfield Hospital emergency room as a thank-you to the team that treated him after sustaining a gunshot wound on Jan. 1.

MANSFIELD — Kenny McCall Jr. has always been a glass-half-full kind of person. Case in point, the name of his business.

"Everything that I ever do, if anything comes negative in a situation, personally I always will find a way to make it positive. That's just me," he said.

"The name of my detail shop and car lot is McCall's Auto Solution. The 'solution' is there for a reason, I always have to have a solution for anything that comes up."

It's an outlook that has served him well throughout his life - but especially after New Year's Day. On Jan. 1, McCall was the victim of a shooting in downtown Mansfield.

Born in Youngstown, McCall graduated from Chaney High School and started college at West Virginia University as a walk-on football player. He eventually transferred and graduated from Ashland University in 2007 with a degree in commercial recreation.

After graduation, McCall worked on the prison recreation staff of various prisons throughout the region, including the Mohican Juvenile Corrections Facility, Marion Correctional Institution and the Mansfield Correctional Institute. He wrote recreational programs that included mental toughness, how to dialogue and other physical activities for nine years before parting ways with the state.

It was then McCall went full-time with his car lot and detail shop, McCall's Auto Solution, which he's owned for the past 10 years. In addition, McCall has owned the Walnut Banquet Hall and Lounge for the past two years, and is the president of the Mansfield/Columbus Penguins youth football team.

At age 40, McCall has lived and worked in Mansfield for the past 15 years. That perspective has allowed him a front-row seat to the evolution of Mansfield.

"I've definitely noticed a positive change," McCall said. "The downtown area is like night and day from when I got here; there are way more businesses and way more opportunities. It's wonderful to be able to go downtown and see it looks like a downtown."

That perspective hasn't changed despite McCall being a shooting victim in downtown Mansfield, only a few feet from his downtown business. In fact, he wants to shift the narrative away from the negative and refocus the conversation on Mansfield as an up-and-coming downtown.

"I'm downtown every day, and I see the positive movement that downtown has to offer for Mansfield," McCall said. "Even though I was a shooting victim, it does not change my perspective of what has been put in place for downtown Mansfield."

According to the Mansfield Police Department, officers responded to the area of 111 N. Walnut St. on New Year's Day at approximately 1:08 p.m. in response to a person being shot.

Upon arrival, officers made contact with McCall, who was suffering from a gunshot wound. He had been shot near the parking lot on Walnut Street, and was transported to OhioHealth Mansfield Hospital with a non-life threatening wound.

Eight days after the shooting, McCall is getting around town on a pair of crutches. His right foot is heavily bandaged for his injuries, and he requires at least one more surgery in the healing process. Doctors estimate he will be fully recovered in approximately a year.

"I don't know what it looked like, all I remember is I woke up and they said I was going to surgery, then I woke up again and my whole family was surrounding me," McCall said.

One thing that does stand out in his memory is the incredible response of the trauma team at OhioHealth Mansfield Hospital. McCall remembers the few minutes it took to transport him to the hospital, being moved from a stretcher to a hospital bed, and the team going to work.

"It was like an express line on my body, it was unreal," he said. "I was so amazed at how fast and how upbeat the whole team was that took care of me, it took the focus totally off the gunshots."

McCall was so grateful that on Thursday afternoon, he purchased 10 pizzas from Two Cousins Pizza and delivered them to the OhioHealth Mansfield Hospital emergency room as a "thank-you" to the team that saved him.

The investigation into McCall's shooting downtown is still open, according to Mansfield police, and no arrests have been made. Anyone with information regarding the shooting can contact Det. Rick Clapp at 419-755-9470, or Det. Ronee Swisher at 419-755-9432.

"The city of Mansfield has no tolerance for negative behavior like violence. Whoever did what they did, justice will be served," McCall said.

In the meantime, McCall has applied his trademark positive attitude to the situation, and has chosen to be grateful. People have remarked that he "doesn't seem like he got shot."

So McCall counts his blessings that he's still around - he lived through the ordeal, and he's able to talk about his experience. Once he fully recovers and is a bit more mobile, he plans to keep doing positive things to contribute and provide for his community.

"Now I just want to smile and laugh and hug people," McCall said with a laugh. "They tried to take me out and it didn't work. God wasn't ready...it wasn't my time. So I've got to keep doing the things I've been doing to be a successful man."

Due to water main repairs, the City of Mansfield announced Thursday morning the temporary closure of West Fourth Street from Western Avenue to West Park Street.

MANSFIELD -- The City of Mansfield Water Repair Department has lift…