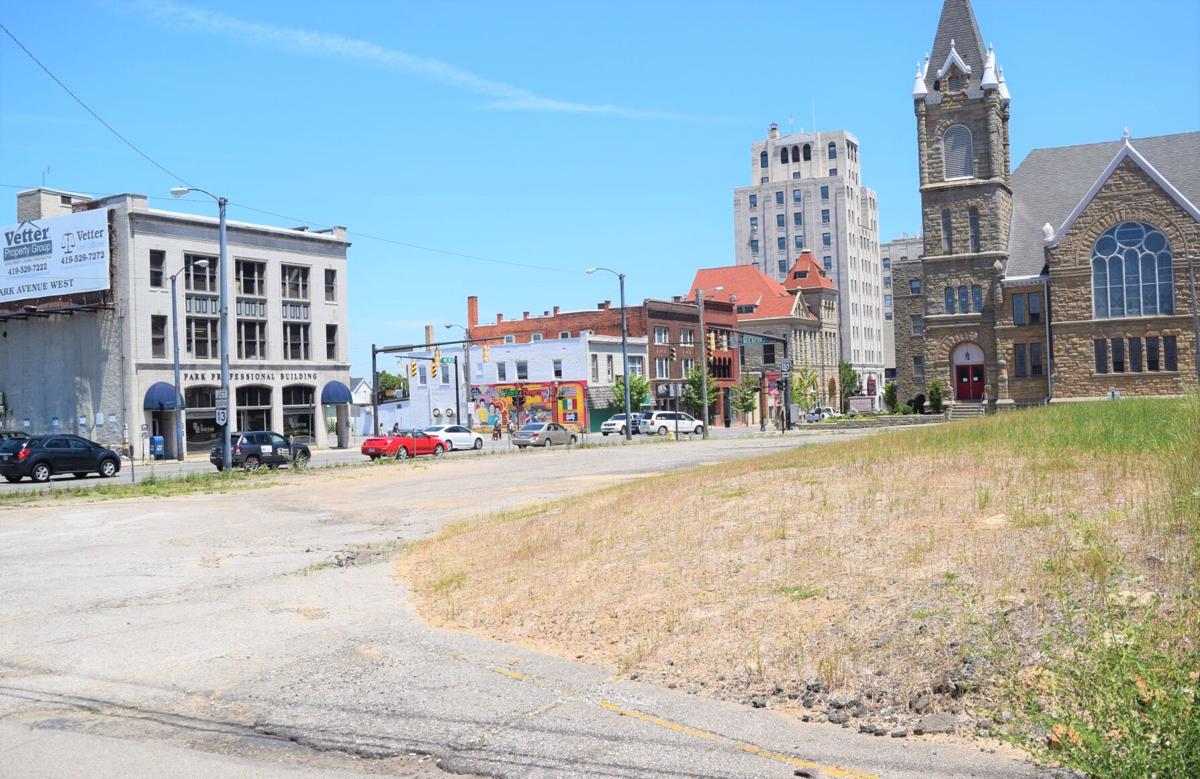 A lot at the intersection of Park Avenue West and Mulberry Street may provide 46 new, free downtown parking spaces in a deal between the City of Mansfield and the nearby First English Lutheran Church. 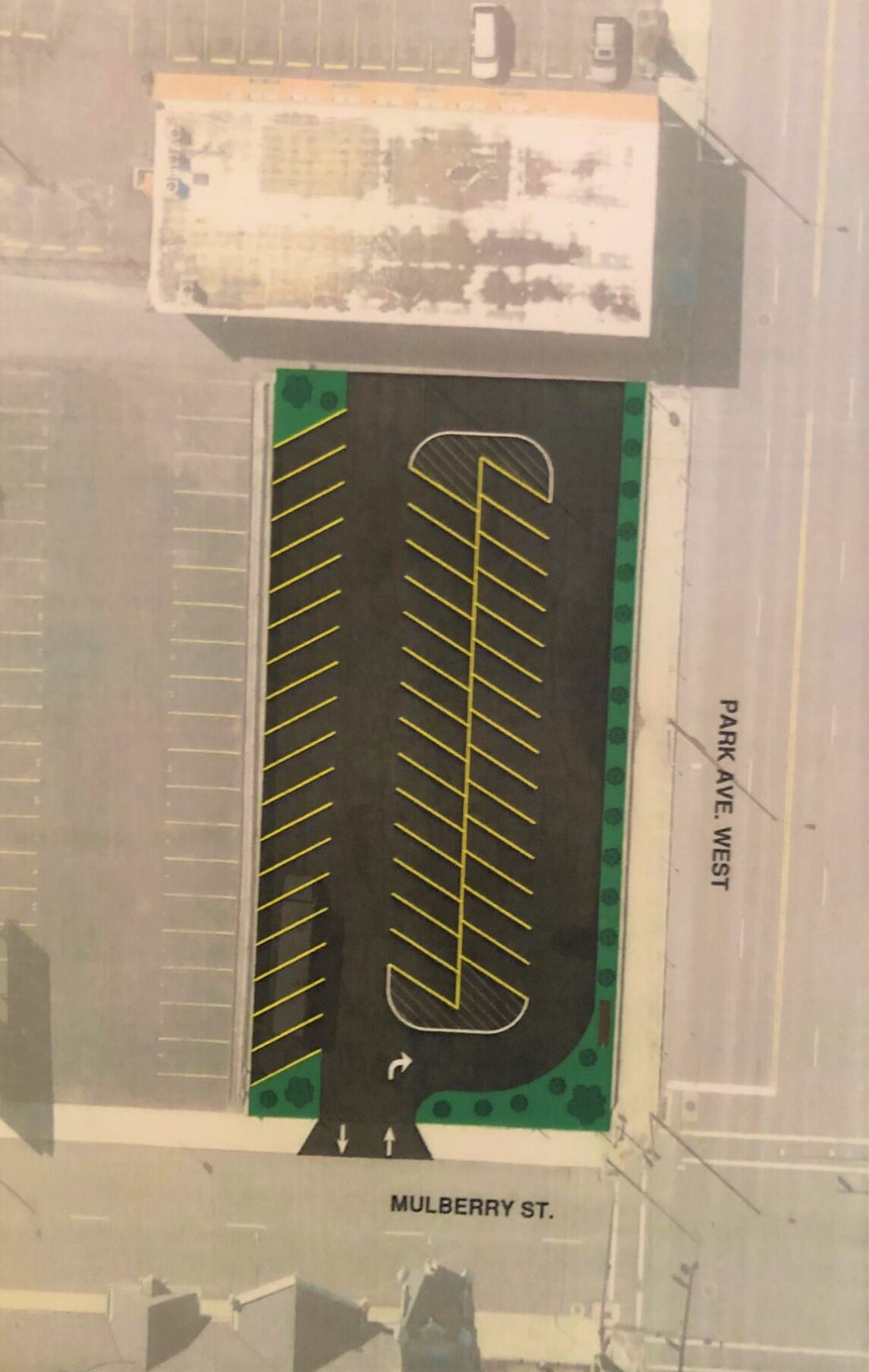 This diagram shows how a proposed new free, downtown parking lot could be arranged.

MANSFIELD -- Downtown Mansfield may get an additional 46 free parking lot spaces in a deal between the city and First English Lutheran Church.

The city's Downtown Improvement Advisory Board heard an update Thursday afternoon from city engineer Bob Bianchi, who showed board members a drawing of how the lot could be improved and configured.

The church at 53 Park Ave. West owns the lot, which is largely unused, sitting on the west side of Mulberry Street.

It's just to the east of the planned Imagination District, a joint venture between the Little Buckeye Children's Museum and the Renaissance Performing Arts Association.

The Imagination District will occupy five acres of land in downtown Mansfield and comprises Little Buckeye’s new museum, an outdoor plaza, Theatre 166, the Renaissance’s education center and the Renaissance Theatre.

Under the plan, the city would lease the lot from the church and make the improvements, including concrete work, new asphalt, striping and landscaping.

Bianchi said the plan is still being discussed with the church's leaders and lease details are not finalized.

Mayor Tim Theaker told the board that legislation for the lot improvement, which would use about $100,000 in funds recommended by the board, will likely be presented to City Council when it meets again July 20.

The money would come from the Downtown Improvement Fund, which began when City Council approved a $5 increase in motor vehicle registration fees in May of 2018.

The board previously recommended the project, which requires City Council approval.

When the deal is complete with the church, Bianchi said the lot would have to be designed, bids sought and a contract awarded for the work.

"If we want to get this done this year, we gotta get moving on it," he said.

The engineer also gave board members an update on the recent conversion of Diamond Street to two-way traffic, a project partially funded by the Downtown Improvement Fund.

Bianchi said the project was largely complete, though added some minor signalization needed to be tweaked and lane usage marker signs added.