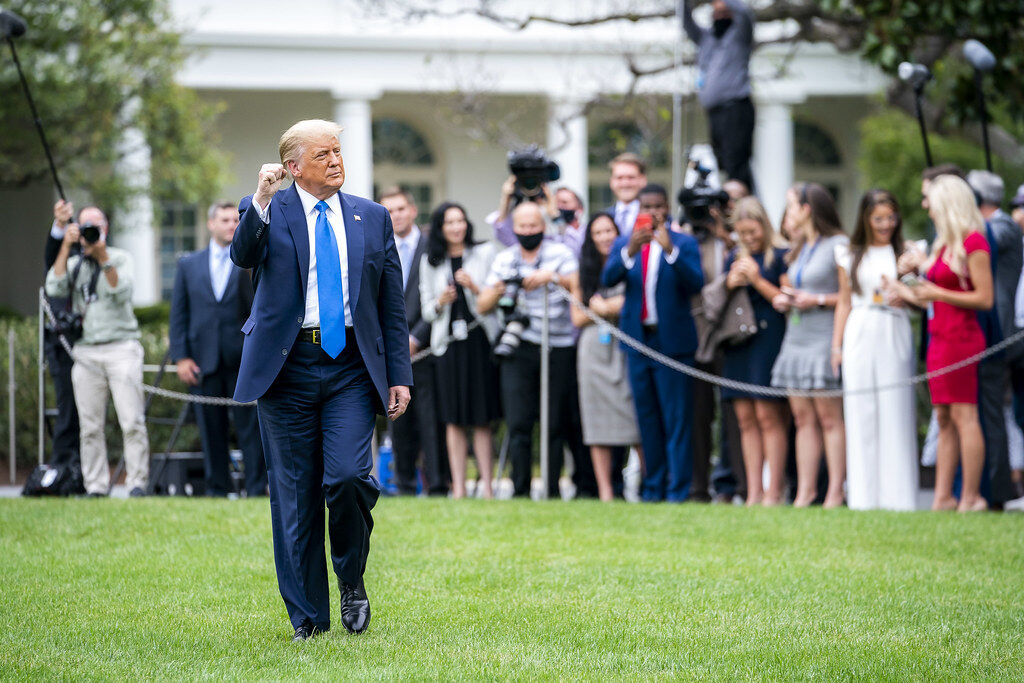 President Donald J. Trump walks across the South Lawn of the White House Thursday, Sept. 24, 2020, to board Marine One en route to Joint Base Andrews, Md. to begin his trip to North Carolina and Florida. (Official White House Photo by Tia Dufour) 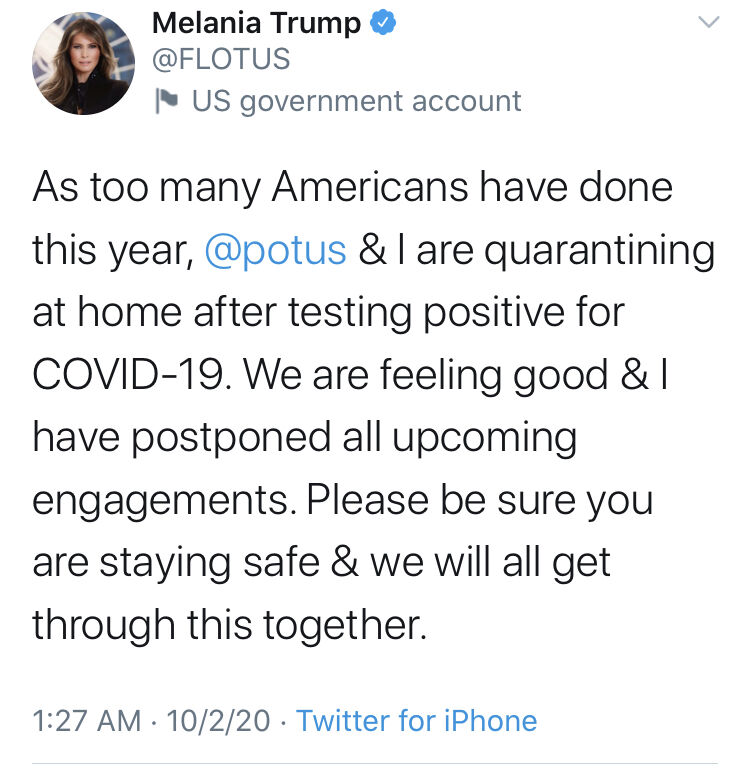 "I release the following information with the permission of President Donald J. Trump and First Lady Melania Trump.

"This evening I received confirmation that both President Trump and First Lady Melania Trump have tested positive for the SARS-CoV-2 virus.

"The President and First Lady are both well at this time, and they plan to remain at home within the White House during their convalescence.

"The White House medical team and I will maintain a vigilant watch, and I appreciate the support provided by some of our country’s greatest medical professionals and institutions.

"Rest assured I expect the President to continue carrying out his duties without disruption while recovering, and I will keep you updated on any future developments," Conley wrote.

It's not known how the diagnosis will impact the remaining month of the presidential campaign, including both remaining presidential debates. The next such debate is scheduled Oct. 15, when Trump and Democrat Joseph Biden are scheduled in a town hall-style discussion in Miami.

Melania Trump confirmed the diagnosis with her own Tweet early Friday morning, also.

Hope Hicks, one of the president's closest senior advisers, tested positive for the virus Thursday, making her the highest-profile member of the administration to have contracted the virus who is in frequent contact with Trump and other top officials.

Trump told Fox News host Sean Hannity on Thursday he and the first lady, 50, were tested once Hicks tested positive, and he later tweeted that they were starting the "quarantine process."

The national response to the COVID-19 pandemic, which reached the U.S. in early 2020, has become a heated political topic, including at the first presidential debate in Cleveland on Tuesday night.

"Fran and I join our fellow Ohioans in praying for President Trump and First Lady Melania Trump after they announced early today that they have both tested positive for COVID-19.

"Along with millions of others, we extend our prayers and best wishes to the President and First Lady during this time for a speedy recovery and for their good health."