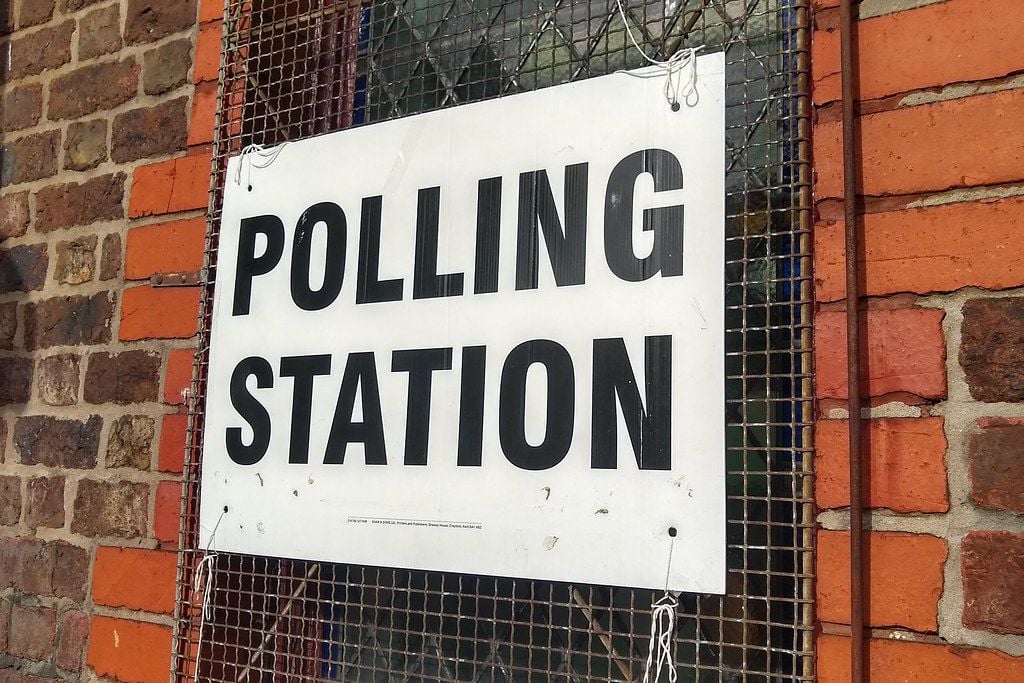 There will be no in-person voting in Ohio Tuesday after an order Monday night by state Health Director Dr. Amy Acton, citing the dangers of allowing the election to take place due to the COVID-19 outbreak. 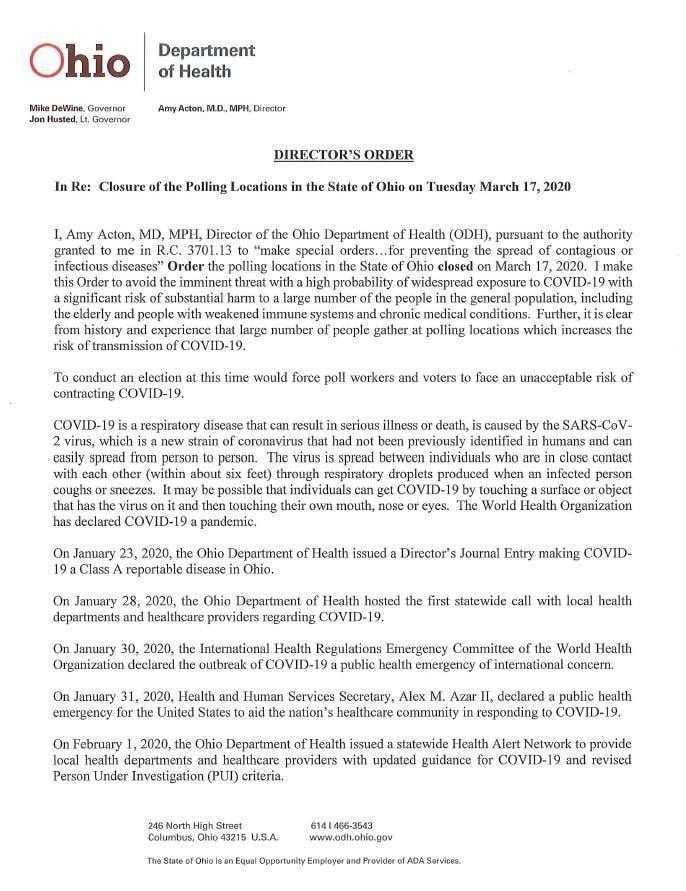 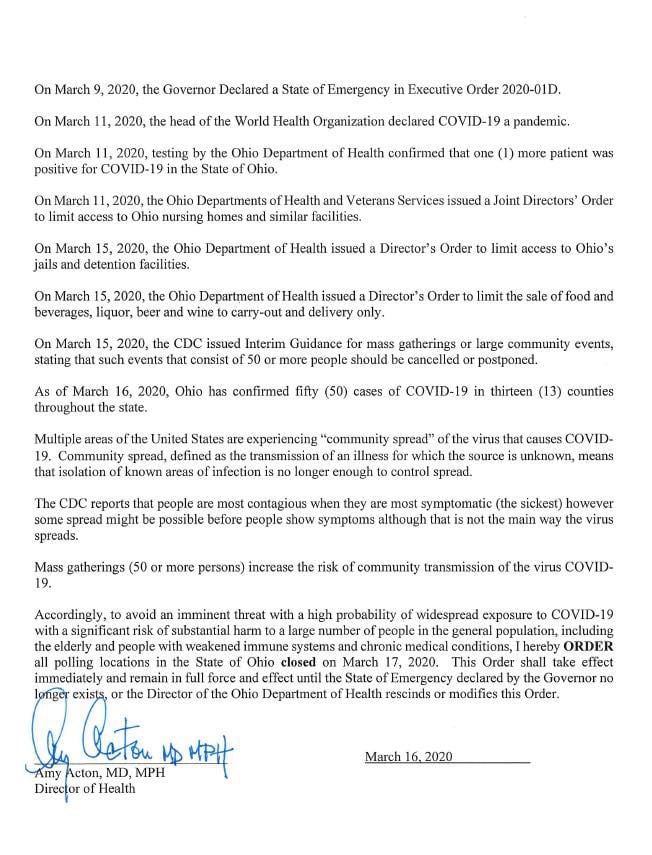 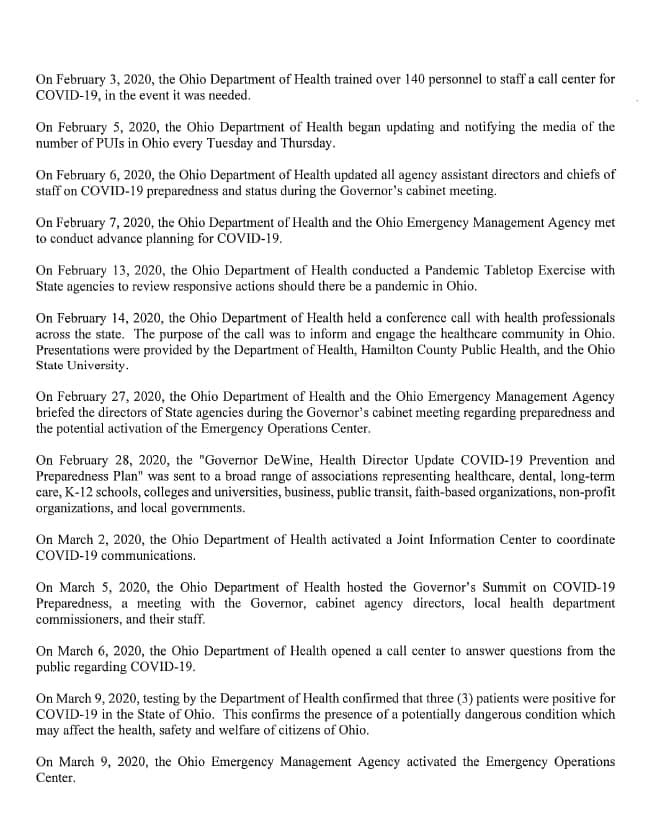 Then came the amazing, ugly and confusing battle over the state's primary election day, which the state legislature had established on Tuesday this year.

During a tense 12-hour period that began Monday afternoon and continued into the wee hours of Tuesday morning, the 73-year-old diminutive leader was forced to put all of his many political skills to the test.

It began in the middle of the afternoon on Monday when DeWine and Frank LaRose, in his first term as secretary of state, jointly announced they would seek to have the primary extended to June 2, delaying in-person voting until that date.

The two men said they would seek a court order modifying the election calendar.

During that initial press conference, DeWine admitted it was not a perfect decision.

"Absolutely not. But we believe it’s the best of bad alternatives. And it does preserve people’s constitutional rights and does not require them to choose between their health and their constitutional right," said DeWine, who has held almost every elected office that exists in Ohio.

LaRose, the former U.S. Army Special Forces soldier, sounded like he was up for the fight.

“Suspending in-person voting is a serious matter,” LaRose said. “We have tried to do everything we could to avoid that. All along we have taken our advice from the public health professionals. Obviously this situation has evolved quickly over the last few days.”

The duo, and Health Director Dr. Amy Acton, had been watching the COVID-19 news from Spain, where new cases exploded over the past few days, rapidly overwhelming the nation's medical system.The Spanish government last week declared a state of national emergency, closing schools and public spaces and telling citizens they can leave the house only to go to work and buy essentials like food and medicine.

But the decision to extend the primary didn't go as easily as DeWine and others hoped. Two state lawmakers opposed the recommendation and many elections-related officials around the state spoke out against it.

Franklin County Common Pleas Court Judge Richard Frye denied the attempt to postpone Election Day until June 2, saying it would set a “terrible precedent” for a judge to step in 12 hours before polls open to rewrite the Ohio election code.

According to the Columbus Dispatch, the judge said the state had known about the dangers of the coronavirus for months and had not acted in a timely manner.

“As of (Monday night), the governor has not called an emergency session of the legislature to cancel the election, the president of the Senate has not done so, the speaker of the House has not done so, at least so far as has been reported to the court,” Frye said.

“The thousands of dollars and innumerable hours spent by candidates, gearing toward (Tuesday) as the long-set election day, is another part of the public interest. Those dollars and those hours and those volunteer hours may not be able to be reset for some date in the future without irreparable harm to the candidates and the people who support them ... and works against the argument that moving the election isn’t going to hurt anybody," the judge said.

“The notion that we postpone the primary ... presupposes that the health situation in America gets better. We have no medical evidence here today to suggest that will be the case," Frye said.

Meanwhile, a judicial candidate in Wood County in northwest Ohio had filed his own objection with the Ohio Supreme Court, seeking to prevent the delay in the election.

Unfortunately, the initial word to county boards of election was the Franklin County judge had ruled in favor of the state. Richland County Board of Elections Director Paulette Hankins got an email at 6:59 p.m. saying election day had been postponed.

Ten minutes later, she got a second email, saying the initial report was wrong and that local officials should stand by for further instructions.

"I have never seen anything like this," said Hankins, a 35-year elections veteran. "They have the public and us so confused I don't know how they can continue with the election."

Some of the county's voting equipment had already been returned to the board office. Some was still in polling places. No one knew what was going on as the battle ensued in Columbus.

Had the governor waited too long to seek a delay, given the fact other states like Louisiana and Georgia, had successfully delayed their primaries in recent days?

"Ideally, we would have talked about this last week. I don't know, with the information available last week, if people understood how significant a risk (the election) might be," Obhof told Richland Source Monday night.

It was clear there would be no emergency meeting of the General Assembly to change the voting date.

Shortly after 9 p.m., DeWine and LaRose issued a statement that only seemed to muddy the waters. On its face, it appeared the duo appeared ready to defy the court's decision.

"The only thing more important than a free and fair election is the health and safety of Ohioans. The Ohio Department of Health and the CDC have advised against anyone gathering in groups larger than 50 people, which will occur if the election goes forward. Additionally, Ohioans over 65 and those with certain health conditions have been advised to limit their nonessential contact with others, affecting their ability to vote or serve as poll workers. Logistically, under these extraordinary circumstances, it simply isn’t possible to hold an election tomorrow that will be considered legitimate by Ohioans. They mustn’t be forced to choose between their health and exercising their constitutional rights."

Meanwhile, local elections directors were still scrambling. Hankins and her team had returned all the voting machines back to the polling places, prepared just in case Election Day went on as scheduled.

While election watchers and the media spent an hour trying to decipher the joint statement and its potential impact, DeWine issued another statement just after 10 p.m., saying Acton would now order the polls closed for medical reasons.

"During this time when we face an unprecedented public health crisis, to conduct an election tomorrow would would force poll workers and voters to place themselves at a unacceptable health risk of contracting coronavirus. As such, Health Director Dr. Amy Acton will order the polls closed as a health emergency. While the polls will be closed tomorrow, Secretary of State Frank LaRose will seek a remedy through the courts to extend voting options so that every voter who wants to vote will be granted that opportunity," DeWine said.

Acton, citing her authority under Ohio Revised Code 3701.13, said staging the election Tuesday staged too great a risk to the health of Ohioans, especially senior citizens, most impacted by COVID-19.

As that order was issued and began to sink it, it became clear that Acton's medical trump card was too strong for even a common pleas court judge to overcome.

And when four of the seven Ohio Supreme Court judges (three others didn't participate) later denied the Wood County claim without comment, Election Day on March 17 was dead.

Just after 1 a.m. on Tuesday, Hankins issued her final press release of the night.

"By a Directive from the Secretary of State and the Ohio Director of Health, and in consultation with our County Prosecutor, the Primary Election scheduled for March 17th, 2020 is being suspended. We sincerely apologize for all the confusion this evening, and thank you for your patience. We will be communicating with you more in the near future as we get more information," Hankins said in an email.

But she and her staff were back in the office just a few hours later, prepared for whatever may come today.

And given what took place during a wild 12-hour ride on Monday, what comes next is anyone's guess.

MANSFIELD -- It seems like a lifetime ago, but Ohio thought it would have an election last Tuesday.