MANSFIELD -- A 60-year-old man has become the seventh inmate from the Richland Correctional Institution to die from COVID-19, according to the Ohio Department of Rehabilitation and Corrections.

Roderick Davis, who was sentenced to prison in 2016 on a kidnapping conviction in Cuyahoga County, died Wednesday at The Ohio State University Wexner Medical Center.

Davis was admitted to the Columbus hospital on Sept. 19, according to ODRC spokeswoman JoEllen Smith. The death was reported on Friday. 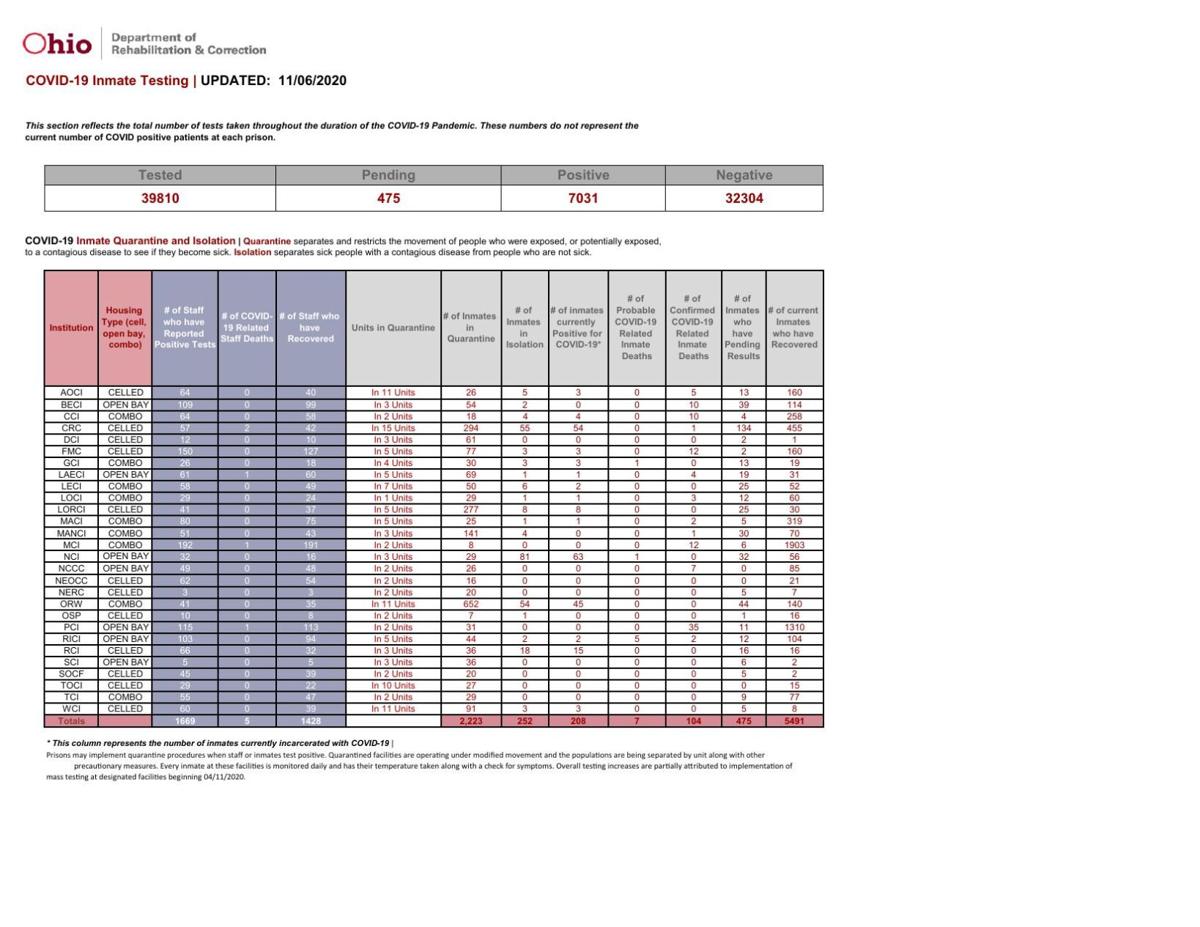 Six RICI inmates died during October after an outbreak of the coronavirus began in late September at the open-bay style prison.

Two of the deaths have confirmed as COVID-19. Five others, including the most recent, are listed as "probable" for COVID-19 on the ODRC website. It remains "probable" until the state receives a death certificate, which takes several weeks.

If COVID-19 is determined to be a cause of death, the deaths are moved to the "confirmed COVID-related" column on the chart found on ODRC's website.

According to the ODRC website, as of Friday, two RICI inmates are positive for the virus and 12 others have tests pending. Two inmates are in isolation and 44 are in quarantine. The ODRC said 104 RICI inmates have recovered from the virus.

Nine RICI staff members are currently positive with the virus. The ODRC said 103 employees have gotten COVID-19 and 94 have recovered.

At the nearby Mansfield Correctional Institution, no inmates are currently listed as positive for the virus, though 30 have tests pending. Four inmates are in isolation and 141 are in quarantine.

MANCI, which had one inmate death from COVID-19 in July, has reported 70 inmates have recovered.

There are eight MANCI staff members currently positive. The ODRC website reported 51 of the prison's employees have gotten the virus with 43 recoveries.

A group of Ohio's medical leaders cautioned Monday the ongoing recent rise in the spread of COVID-19 around the state is not sustainable -- in terms of physical hospital space or for hospital staff members.