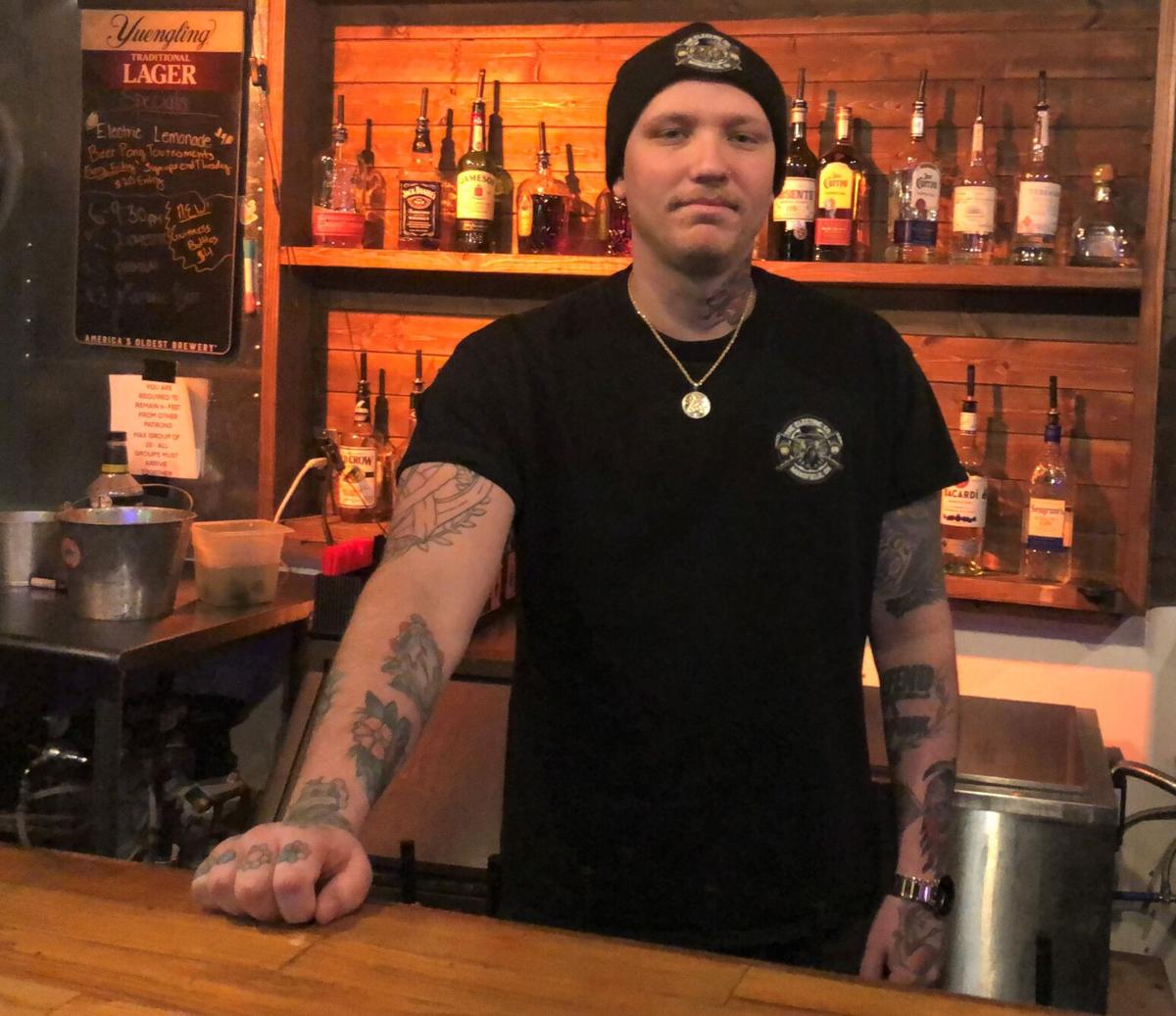 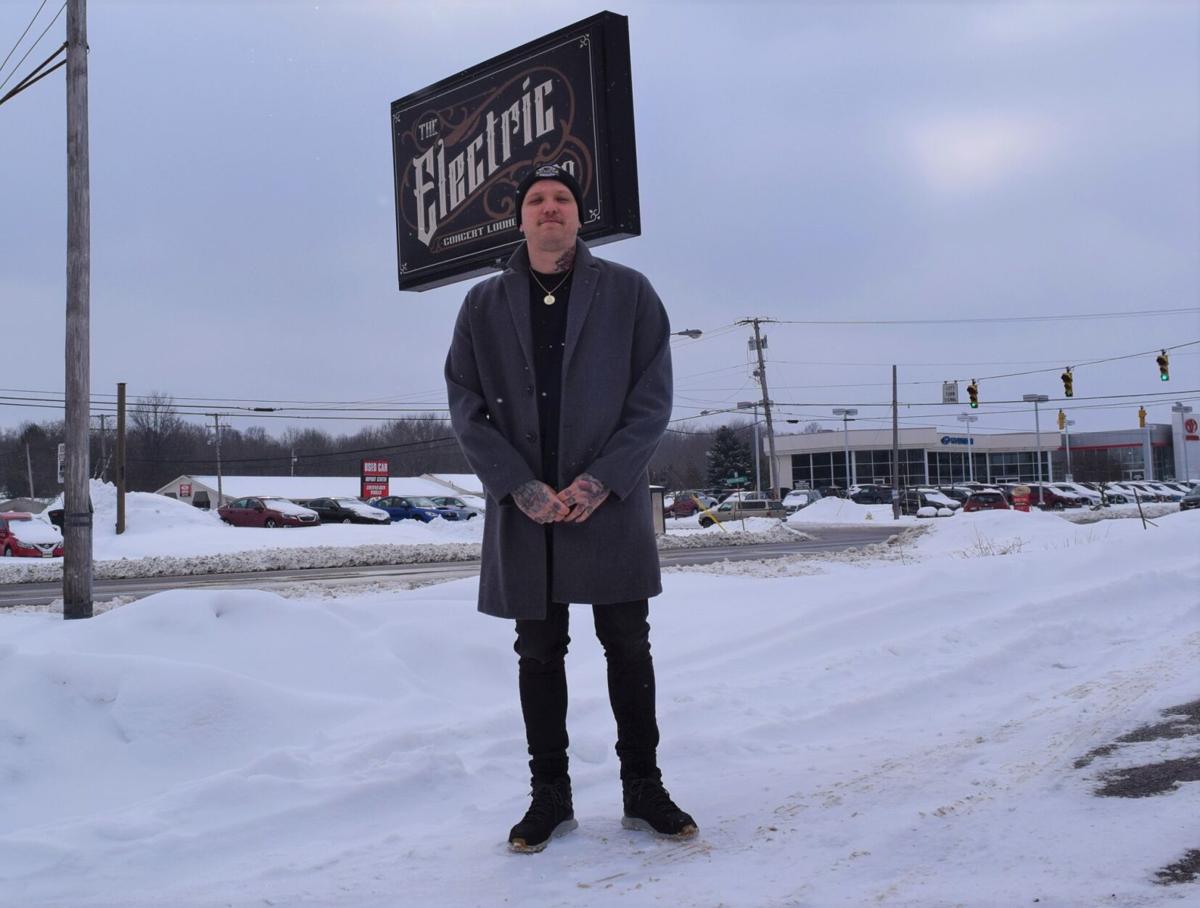 Colton Ulery bought The Electric Co. in 2017 and has battled to keep his business open during the COVID-19 pandemic for the last year. 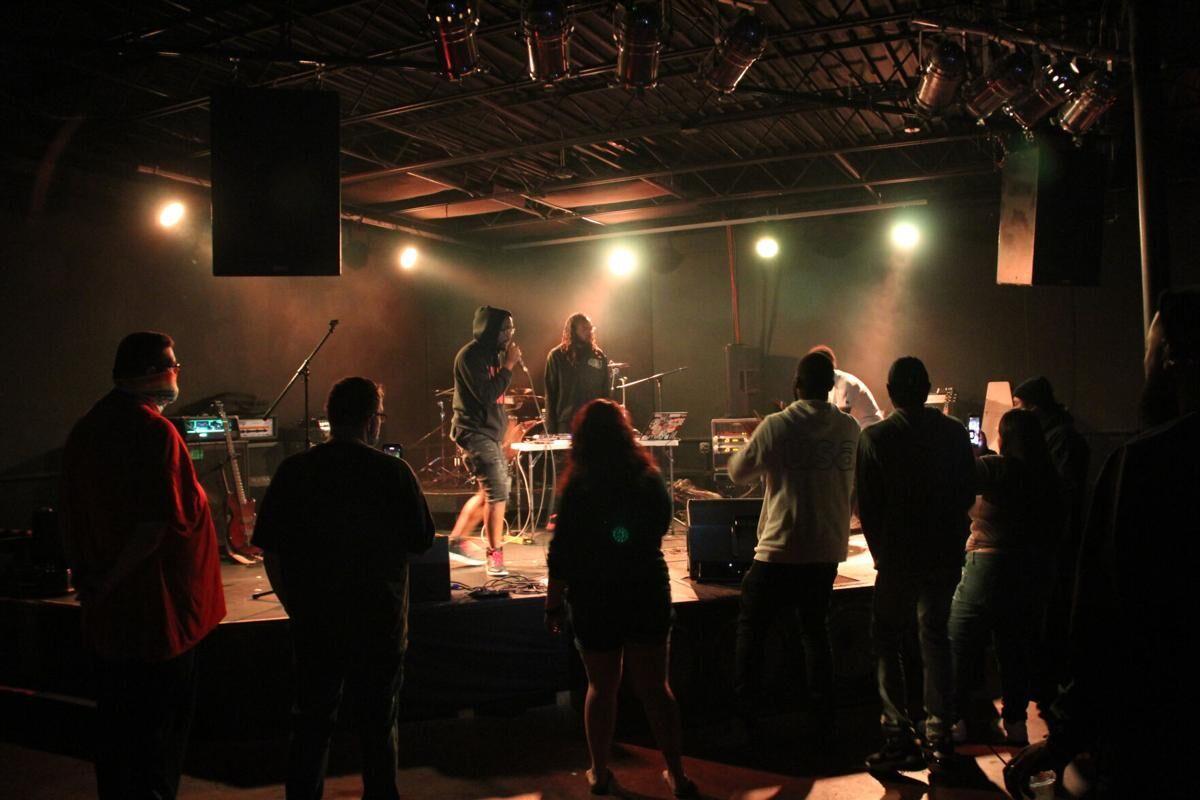 Owner Colton Ulery looks forward to post-pandemic days when his concert venue site, The Electric Co., can again bring live bands and music to its stage.

MANSFIELD — Colton Ulery fulfilled a dream in 2017, a local musician who bought his favorite entertainment venue, The Electric Co.

The 2008 Ontario High School graduate knew it would be a tough challenge, taking over a sizeable concert venue that offered live music on a regular basis.

He was ready for the bar/music/business grind that he knew was coming.

What he didn't see, nor did anyone else, was the coming global pandemic that reached Ohio in March 2020 and turned his dream into a nightmare -- fighting a pandemic while trying to operate financially within the safety rules set down by the State of Ohio.

Bars and restaurants, like many businesses, were initially ordered closed for a couple of months by Gov. Mike DeWine when the pandemic began. Businesses like The Electric Co. suddenly had zero cash flow through no fault of their own.

When they were allowed to reopen in late May, many restrictions were put in place, including customer capacity limits, facial coverings, social distancing, etc. Ulery said he worked hard to comply with the rules. The public entrance at the rear of The Electric Co. is covered with signs prominently listing the state's restrictions and requirements.

In July, the governor, through the Ohio Liquor Commission, instituted a rule that sales of alcohol had to end at 10 p.m. each night. Drinks had to be finished by 11 p.m.

"We do not want to shut down Ohio bars and restaurants," DeWine said at the time. "That would be devastating to them. But we do have to take some action and see what kind of results we get."

The men and women who own and operate such businesses around the state decried the move, saying there was no medical evidence to support the measure.

Ohio’s leisure and hospitality industry, which includes restaurants, lost nearly 263,000 jobs when the pandemic began. As on early January, it has recovered only a little more than half of those jobs, according to the state Department of Job & Family Services.

In September, a group of 32 local bar and restaurant owners signed a petition and met with Richland County commissioners to say the state's rules were crippling their businesses.

Tom Zellner told commissioners it felt like DeWine had singled out the bar business in the battle against COVID-19.

The local owners, most of whom have state-issued licenses allowing them to remain open until 2:30 a.m., indicated gross revenue losses ranging between 20 and 60 percent since the DeWine-imposed restrictions.

In November, as COVID cases and hospitalizations rose, DeWine instituted a new rule -- a statewide curfew from 10 p.m. to 5 a.m., a move that banned "non-essential" travel during the curfew hours.

The curfew remained in place until Feb. 11. It was lifted by DeWine as COVID-19 cases and hospitalizations continued to plummet around the state from their mid-December peak.

Almost a year into the pandemic, Ulery is still battling to keep his 1400 W. 4th St. business afloat, using it more as a traditional bar while waiting for some sense of normalcy to return to the world allowing the return of live bands.

While fighting the pandemic, the 30-year-old has also had to battle against continuing state restrictions that have seen his business cited five separate times by the Ohio Investigative Service for allegedly not following the myriad of rules imposed by the state.

Ulery has attended multiple Zoom hearings with the Ohio Liquor Commission. He has had to hire a Columbus attorney who focuses on liquor cases to help defend his business and his right to operate in a way that allows him to stay open. He has paid costly fines and likely has more ahead.

Some of those citations are still pending and Ulery fears he may lose the liquor license that allows he and Taylor Ringler, 26, to keep their doors open. The couple has felt torn between the need for customer safety -- and their need to pay the bills.

TWO SIDES TO A STORY

Bars and entertainment venues like The Electric Co. have made headlines in media outlets when the state sends out emails detailing the sites cited by its investigators.

Ulery and Ringer said the news media, including Richland Source, have failed to adequately explain the issues from the businesses' perspective.

"I don't think there has been any follow-up, it's just like (the media) is copying and pasting what the state is putting out. There is no actual journalism. You haven't investigated anything. Maybe the true story is how wrong all of this is," Ulery said, "that what the state is doing is actually against the law.

"Our lawyer has gone to these hearings and told them how unlawful this is."

According to Ulery, one of the early citations said his venue had 100 people in it one night. He said the Ohio Investigative Unit officers coming into bars are also not well trained in their duties.

"We didn't have 100 people in here by any stretch of the imagination," Ulery said. "But when you guys get a wrong report, you just go with it. You have a source for your story, but how credible is it? You need to get the other side."

Ulery and Ringler said recent citations have been for "disorderly conduct," meaning the bar is creating unsafe conditions for customers. For example, agents see groups of people together in an alleged violation of rules requiring social distancing, they said.

"The agents write the citations and they don't even tell you what 'disorderly conduct' you're getting," Ringler said. "If you read the Dine Safe order, there are a lot of things, like 'social distancing when possible.'

"And it's only for bars. (Agents) are not at Lowe's. They are not at Wal-Mart.

"If we have signs telling you to social distance and we have X's on the floors and we have signs outside saying if you're sick don't come in, we have hand sanitizer, we have a limited capacity here, at what point have we created a condition that threatens personal harm? When does it become the person who is not listening ... you think now they are in trouble for their own condition," she said.

"We created a (safe) environment. We followed everything in the Dine Safe order. But if you're choosing not to social distance, there is nothing that says we have to enforce or not service anyone who doesn't listen.

"There has to be some wiggle room, we have to be able to compromise somewhere."

Ulery said he understands the need for increased safety during the pandemic, which has infected 952,306 Ohio residents, hospitalized 49,317 and caused the death of 16,749.

He also thinks adults can make their own decisions while being safe.

"I do think people need to responsible. Don't come to my bar and then go visit your 80-year-old grandmother who may be more at risk. But if you're the average person, or young, and all you do is work and come to places like mine, why can't you go out?" Ulery asked. "Go out and do what you want and hang around other people who want to do the same thing."

Ulery said since the pandemic began that too many people have simply taken sides and stopped listening to anyone who has a different opinion. The divide over masks is a good example, he said.

"I feel like from each side, we view the other person as the antagonist and we see ourselves as the protagonist. There are people who say, 'Oh, this guy doesn't have a mask on. He doesn't care about other people.' Then other see guys see people wearing masks and say, 'Oh, they must be weak.'"

In addition to the impact on his business, Ulery has seen what the pandemic has done to entertainment, in general. He is the lead singer for the Mansfield band Sink The Ship, which was scheduled to be the first local band to perform in 2020 at the huge Inkcarceration music festival at the former Ohio State Reformatory.

The show was canceled, though organizers are planning a return of the event in 2021.

Ulery looks forward to a return to the pre-pandemic nights, filled with music and fun, though he fears the state is looking for a reason to yank his liquor license through its citations.

"The community has been really, really, really awesome to us through all of this," he said. "They are coming in every night. They have been for a year.

"I never in a million years thought people wouldn't be allowed to go to a bar or a concert," he said.

The Electric Co. is open Monday through Saturday from 6 p.m. to 2:30 a.m. It has a Facebook page at https://www.facebook.com/theelectriccompany.