MANSFIELD -- The 25 inmates who have tested positive for COVID-19 at the Mansfield Correctional Institution were all recently transferred to the prison in Mansfield, according to Richland County Commissioner Marilyn John.

However, the inmates didn't test positive before they were sent to MANCI, according to the Ohio Department of Rehabilitation and Correction. 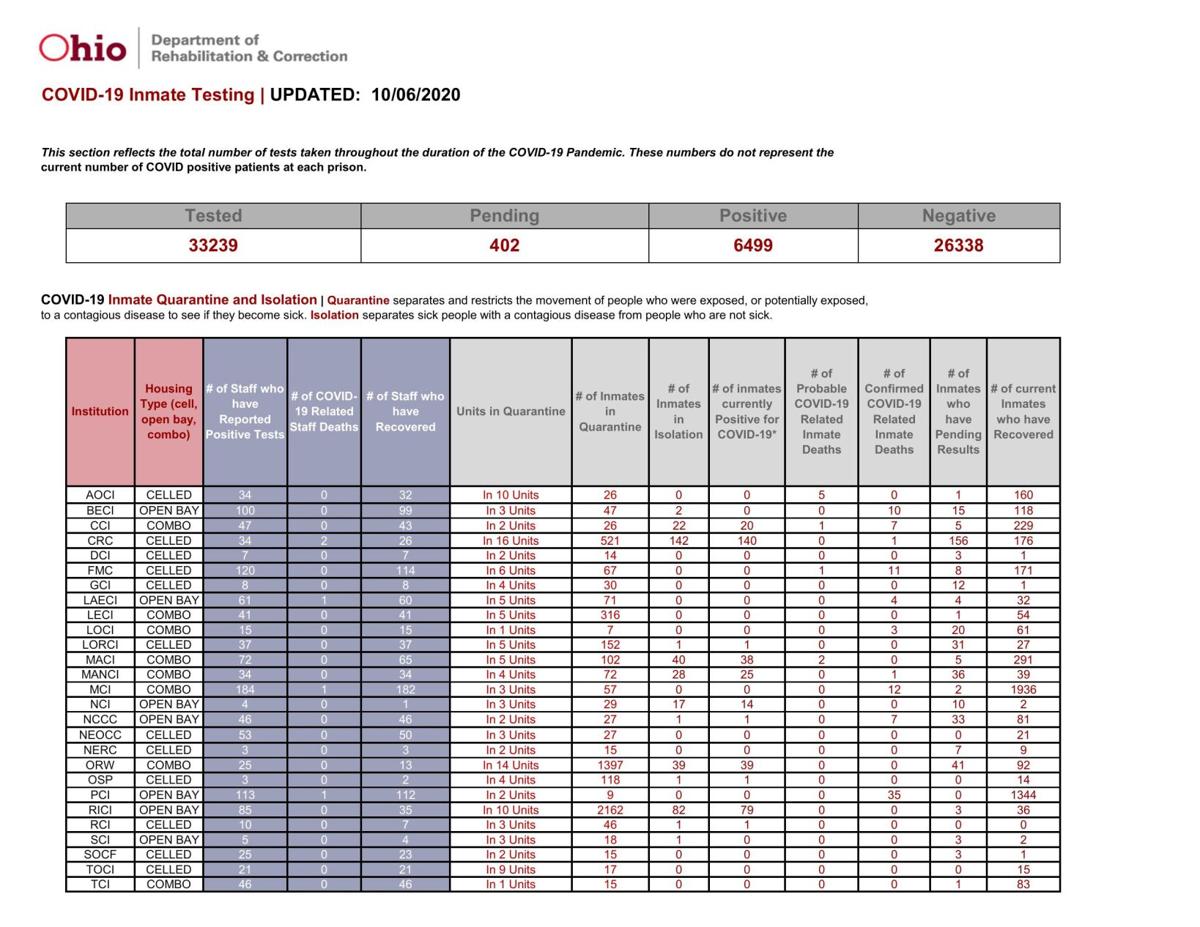 "These individuals were tested upon intake at the (ODRC) reception center (in Orient) and again prior to transfer. All individuals tested negative prior to their transfer to Mansfield Correctional Institution," prison system spokeswoman JoEllen Smith said Tuesday.

"They underwent symptom screening upon leaving the reception center, tested again at Mansfield (where they tested positive), and were not introduced into the general population," Smith said.

"These individuals, as with all positive cases, were immediately placed in medical isolation or quarantined, are being closely monitored, and provided any necessary medical treatment," Smith said.

The positive tests were reported on the ODRC website Monday.

-- All inmates will be tested prior to transfer.

-- If an inmate is a past positive and documented as recovered, need to re-test will be evaluated by an advanced level provider based on symptoms and clinical status. Inmate may be transferred if recovery and non-contagious status are confirmed based on this evaluation. If individual has symptoms, re-testing will occur.

-- Tests will take place minimally seven days prior to transfer

-- Individuals testing positive will be isolated for 21 days and will not be transferred until recovery is ensured and documented.

Outbreaks at MANCI and the Richland Correctional Institution appeared calmer on Tuesday afternoon when the ODRC updated its website.

MANCI reported no new positive tests above the 25 it had Monday. There are 36 tests pending with 28 inmates in isolation, 72 in quarantine and 39 inmate recoveries. None of the MANCI inmates have required hospitalization, Smith said.

Smith said there are no active cases remaining among MANCI staff with all 34 employees who have tested positive considered to be recovered.

At RICI, there were no positive tests reported among inmates, remaining at 79. There are three tests with pending results, 82 inmates remaining in isolation and 2,161 in quarantine at the open-bay style prison.

The number of current positive tests among RICI declined to 50, down from 61 on Monday. The ODRC reported Tuesday that there have been 85 RICI staff members test positive with 35 recoveries, up from 21 on Monday.

Smith said RICI currently has 27 inmates hospitalized, 25 of whom are at The Ohio State University Medical Center in Columbus. Two are hospitalized locally. She said 11 inmates are in ICU and six are on ventilators.