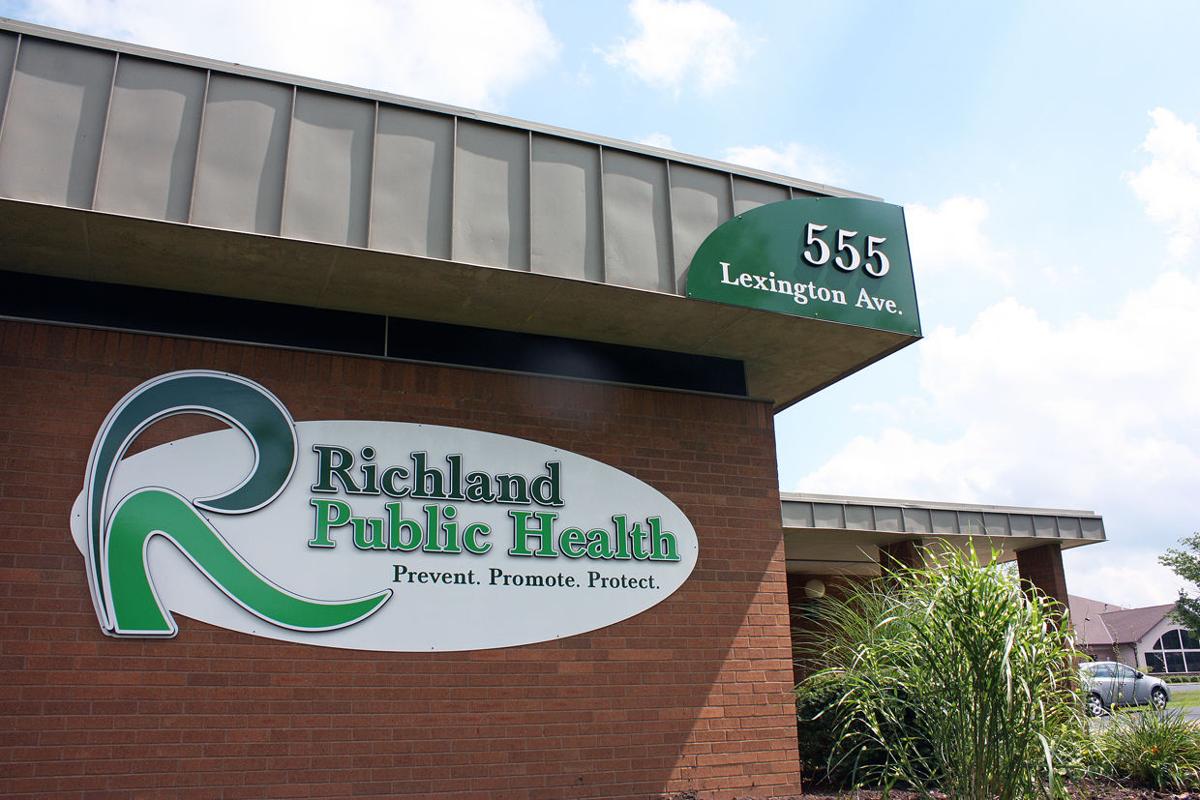 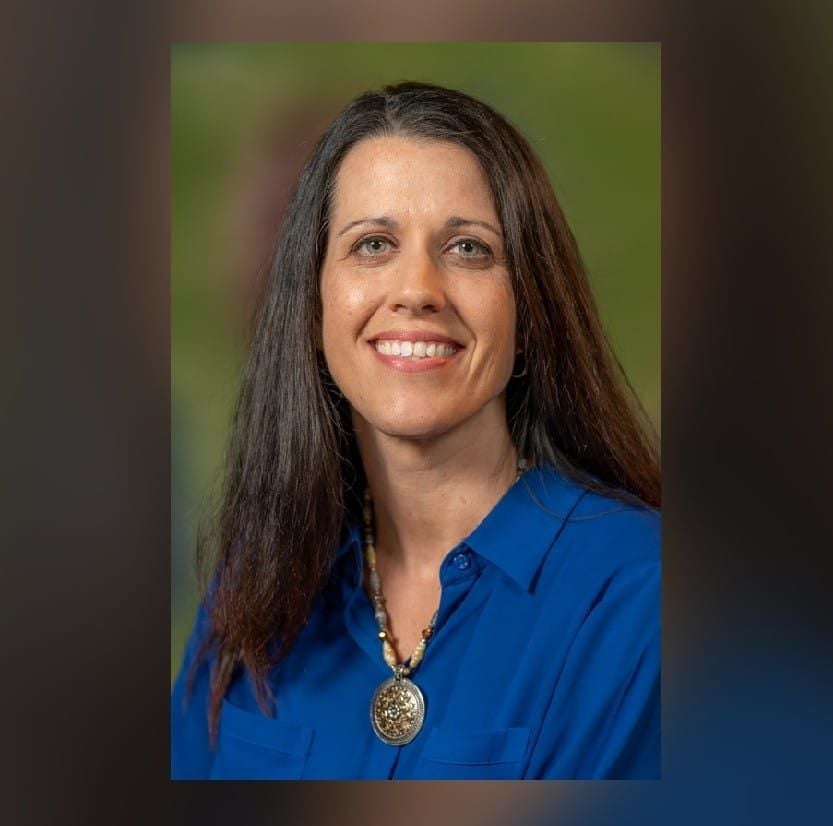 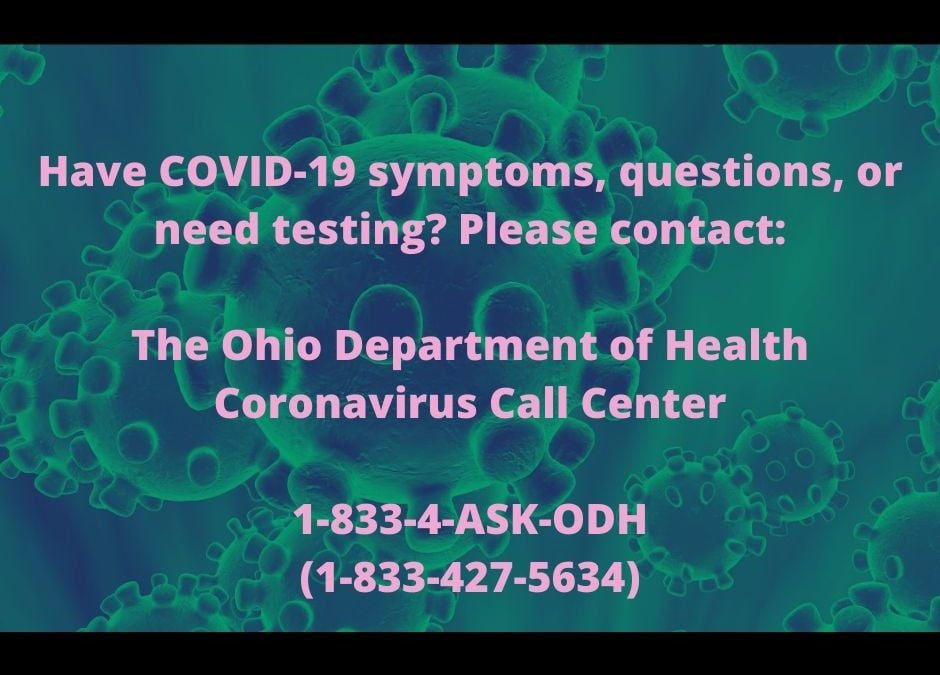 The Richland County Public Health commissioner began work at the 555 Lexington Ave. facility on Feb. 3. The first COVID-19 casese in Ohio were announced just over a month later.

In the 16 days since Gov. Mike DeWine announced coronavirus had reached the state, it's safe to say Humphrey's two decades of training in public health, including four years leading the Ashland County Health Department, has been put to the test.

"I am up for the challenge," Humphrey said Tuesday, even as the third confirmed positive test was announced in Richland County. "I just hope it doesn't last too long."

A fourth positive test was also announced Tuesday, but Humphrey said officials later determine a zip code error had been made and that it was outside Richland County.

WORKING THE PLAN: Humphrey and public health professionals across the country have planned for this type of health emergency since 2001, working through numerous scripted exercises to prepare their agencies, guided by the Homeland Security department.

But as heavyweight boxer Mike Tyson once said, "Everybody has a plan until they get punched in the mouth."

"We have what we try to write up as plans of action," Humphrey said. "But the human component can't be predicted with 100 percent certainty. Even when we have a framework, flexibility is needed. Tomorrow, the rules of engagement can change."

Originally from the Loudonville area, Humphrey succeeded Martin Tremmel, who retired after seven years in charge of the Richland County agency. A graduate of West Holmes High School, Humphrey earned a bachelor's degree in animal science from The Ohio State University in 1999 and a master's degree in public health from the University of South Florida in 2015.

She began her career in public health as an environmental health specialist and registered sanitarian for the Holmes County General Health District from 2001 to 2003 and again from 2009 to 2012. She became a Tier 2 Epidemiologist in Holmes County from 2012 to 2016 while completing her master's degree and accepting the top spot in Ashland County.

It's all been great preparation for COVID-19.

More than half of Richland Public Health's 66 employees are directly involved in the COVID-19 situation, including those who are working from home. The department has a phone bank to answer questions from the public. They are investigating potential cases of the virus. The COVID-19 work is on top of the regular duties the agency handles on a routine basis.

INFORMATION BUSINESS: Her department is also constantly putting out vital information through the news media and social media outlets -- and also are forced to spend time correcting misinformation that can spread across the internet, just like a pandemic.

"Frustrating would be the kindest word I would use," Humphrey said in describing the battle against internet rumor, speculation and misinformation.

When the state notifies Richland Public Health of a positive COVID-19 test, the department immediately investigates. An agency nurse or an epidemiologist contacts the individual, determines the person's medical condition, finds out where (if anywhere) they have traveled in the past two weeks and also obtains a list of names of people with whom the person has had close contact with in the last 14 days.

Humphrey said RPH will contact every person on that list and ask them to self-quarantine for 14 days and seek medical help if they develop symptoms.

The Centers for Disease Control defines close contact as either a “prolonged period of time” spent “within approximately six feet or within the room or care area” of an individual positively diagnosed or  “direct contact with infectious secretions.” Examples include sharing eating or drinking utensils, close conversation, or kissing, hugging, and other direct physical contact.

Humphrey understands people's fears when they hear someone in their county has tested positive. But federal regulations prevent the public health agency from divulging someone's medical information, even in times of pandemics.

She also makes it clear the vast majority of people who get the virus will only develop mild symptoms.

"Everyone feels they need to know who it is and where they have been," she said. "We are trying to get them to understand that if you have direct or close contact with a positive case, we will contact you. We want to curb the transmission as well.

"We will never divulge information about where they live, where they go to school or where they attend church. We can usually give age ranges, but nothing to indicate who they are."

She said all three positive results reported in Richland County by Tuesday afternoon were found in people who traveled outside of the county in the last 14 days. Humphrey praised the efforts of local residents to "stay at home" and maintain social distancing.

Humphrey also said RPH doesn't contact an employer and ask them to notify all of their employees about a positive test.

"At no point in time will Richland Public Health call an employer and ask them to share the information (about an employee)," she said.

Social distancing from social media is not a bad idea in these times, even if just for good mental health.

"You have to know when to back away from that forum. It's great to see pictures of the great-niece, but you can also pick up inaccurate information. Some of those things really do induce panic and it's counter-productive," Humphrey said. "We will tell the public, but's so hard to bring back that reassurance once its already been rattled."

TEST QUESTIONS: Humphrey and other public health officials have said COVID-19 testing is not needed unless you have severe symptoms.

Humphrey said those who feel ill should call their primary care physician, who will conduct a "triage system" on the phone and determine if testing or further care is needed. In the majority of cases, the medical recommendation will be to remain at home and treat the symptoms as you would a cold or flu.

If a test is needed, the physician will direct the person to a facility or site where it can be done. Lag time in test results differ depending on whether the test is done through state facilities or a private testing facility.

"Call first. Don't just show up at your primary care physician's office, an urgent care facility or a hospital emergency room," Humphrey said. "They need to prepared when you arrive."

The relative good news from the COVID-19 pandemic is Humphrey has quickly made contacts with the local health care community, including doctors and hospitals. She is in regular communication regarding the outbreak.

"I have made extreme friendships with people I didn't even know three weeks ago and now they are on speed dial on my phone," Humphrey said. "I am very pleased with how communicative and transparent that people have been. They have shown so much support for what we are doing."