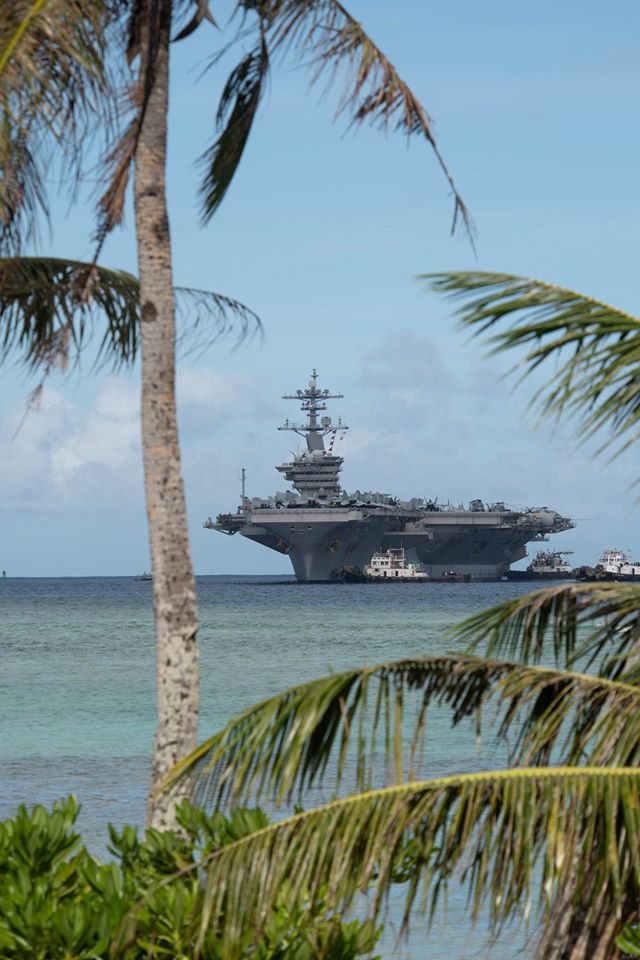 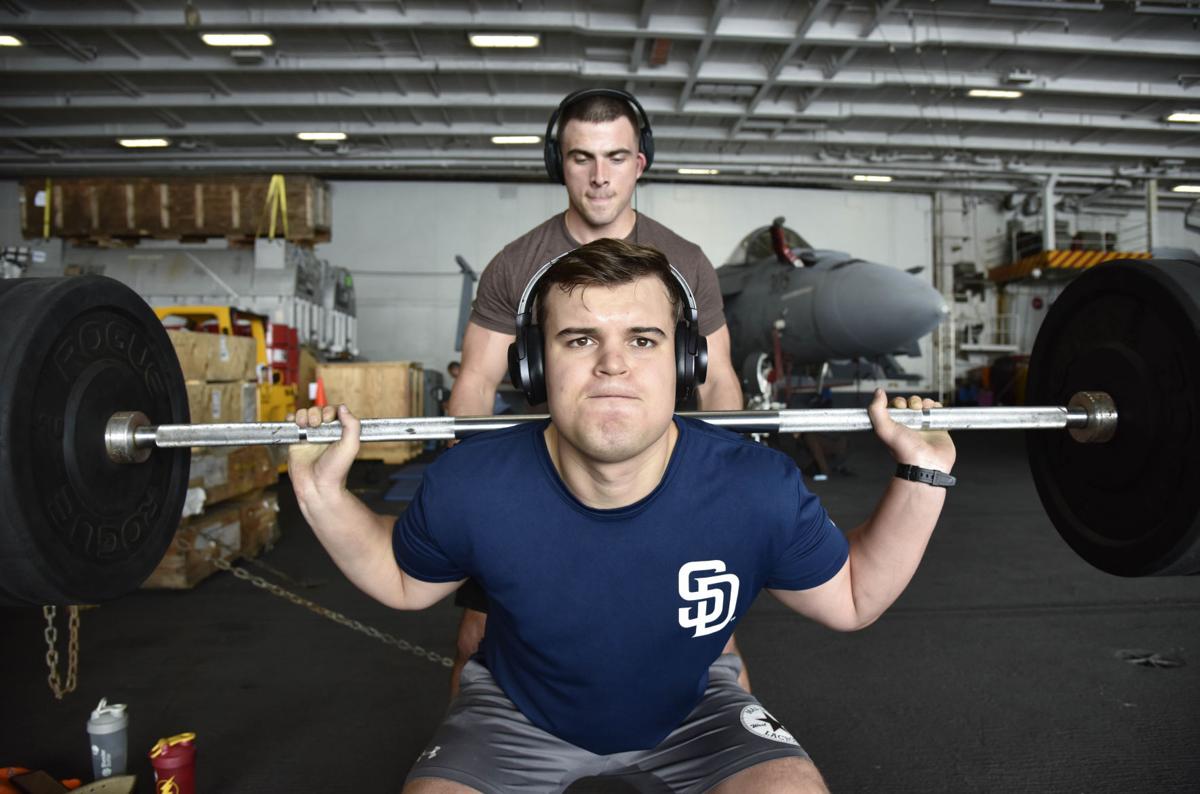 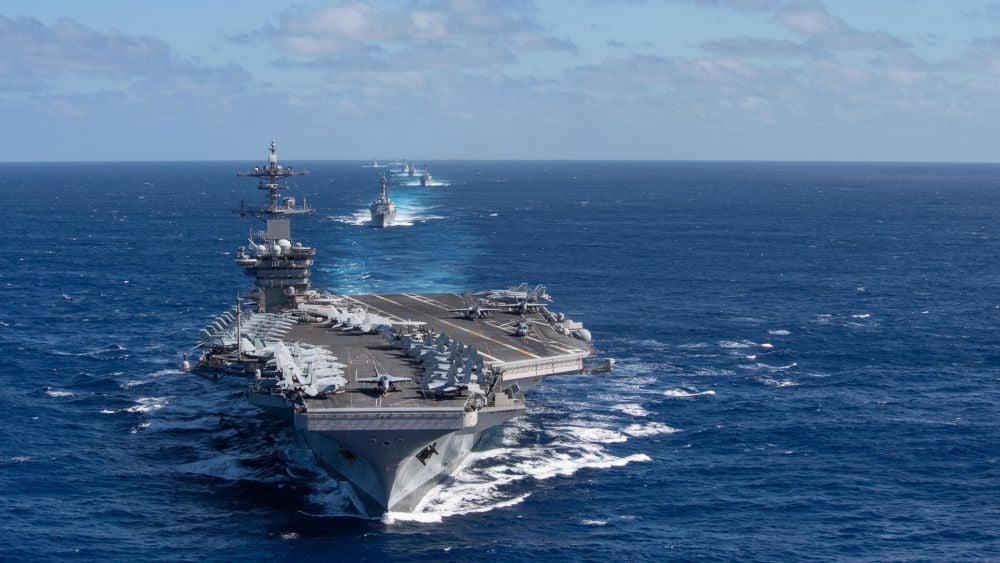 LEXINGTON -- A sailor who graduated from Lexington High School is a member of the crew of the U.S. aircraft carrier now anchored in Guam after some crew members tested positive for COVID-19.

Machinist’s Mate (Nuclear) 2nd Class Jordan Dalton was the focus of a feature in Richland Source on March 14 as a member of the USS Theodore Roosevelt Carrier Strike Group that left San Diego for a scheduled Indo-Pacific deployment on Jan. 17.

In a story in Navy Times published Tuesday, it was reported that the Navy first announced on March 24 that three of the 4,000-plus sailors aboard the carrier had tested positive.

The story said Navy officials had increased that number to 40 by Monday.

Richland Source contacted Dalton via Facebook on Tuesday. He said he was "doing well," but could not comment further at the moment.

The sailor, on his second deployment, recently re-enlisted early and is likely headed to shore duty when his current cruise ends.

"I'm not going to lie, I'm excited to start shore duty at the end of this year," Dalton said in the earlier story. "I really don't like being away from home and my wife, Josephine."

According to multiple published reports, the ship's commanding officer, Capt. Brett Crozier, urged the Navy to step up its response and secure individualized isolation for the ship’s crew.

Crozier is a decorated pilot who joined the fleet after graduating from the U.S. Naval Academy in 1992, according to his biography page.

In a written communication to his superiors, a letter first obtained by the San Francisco Chronicle, Crozier said most of the crew remains on board while a small percentage had been moved into group quarantine sites on shore in Guam.

Crozier noted that the Centers for Disease Control and Prevention and the Navy and Marine Corps Public Health Center advise against group quarantine, and instead suggest individual quarantine.

“Sailors do not need to die,” Crozier wrote in the letter, according to published reports. “If we do not act now, we are failing to properly take care of our most trusted asset — our Sailors.”

In the letter to the Navy, Crozier said the situation would be different in a time of conflict, because “in combat we are willing to take certain risks that are not acceptable in peacetime.”

“However, we are not at war, and therefore cannot allow a single Sailor to perish as a result of this pandemic unnecessarily,” Crozier wrote. “Decisive action is required now in order to comply with CDC and (Navy) guidance and prevent tragic outcomes.”

According to Crozier's letter, there are two options moving forward: either fail to achieve a COVID-19-free ship and “fight sick,” or strictly follow guidelines from the CDC to wipe out COVID-19 from the ship.

In his letter, Crozier had recommended offloading his entire crew, and then quarantining and testing them while the ship was professionally cleaned.

Thomas B. Modly, the acting Navy secretary, told CNN in an interview that the Navy was working to move sailors off the ship — but that there were not enough beds in Guam to accommodate the entire crew.

“We’re having to talk to the government there to see if we can get some hotel space, create some tent-type facilities there,” Mr. Modly said. “We’re doing it in a very methodical way because it’s not the same as a cruise ship.

Aquilino said crew members would be rotated off the carrier for testing and quarantine before returning aboard. The intent, he said, was to keep the ship ready to carry out its missions. He said that no crew members had been hospitalized thus far, but he declined to specify the number of infections.

"Family and Friends of TR,

"Thank you for your continued support of your Sailors, our ship, and the Navy. The TR Team is working with the great folks at Naval Base Guam to get Sailors off the ship and into facilities on base to help spread the crew out. We have also gotten our Wi-Fi set up on the pier, giving your Sailors the ability to get outside, stretch their legs, and contact their loved ones. It's an all-hands, all-day effort, but your Sailors are doing what is required to keep them and the ship as healthy, clean, and sanitized as possible. Your Sailors are in good spirits and are facing this new challenge with a level of professionalism that I have come to expect from such an amazing and resilient team."

No one was surprised to see a photo of Jordan Dalton working out aboard the USS Theodore Roosevelt halfway around the world.