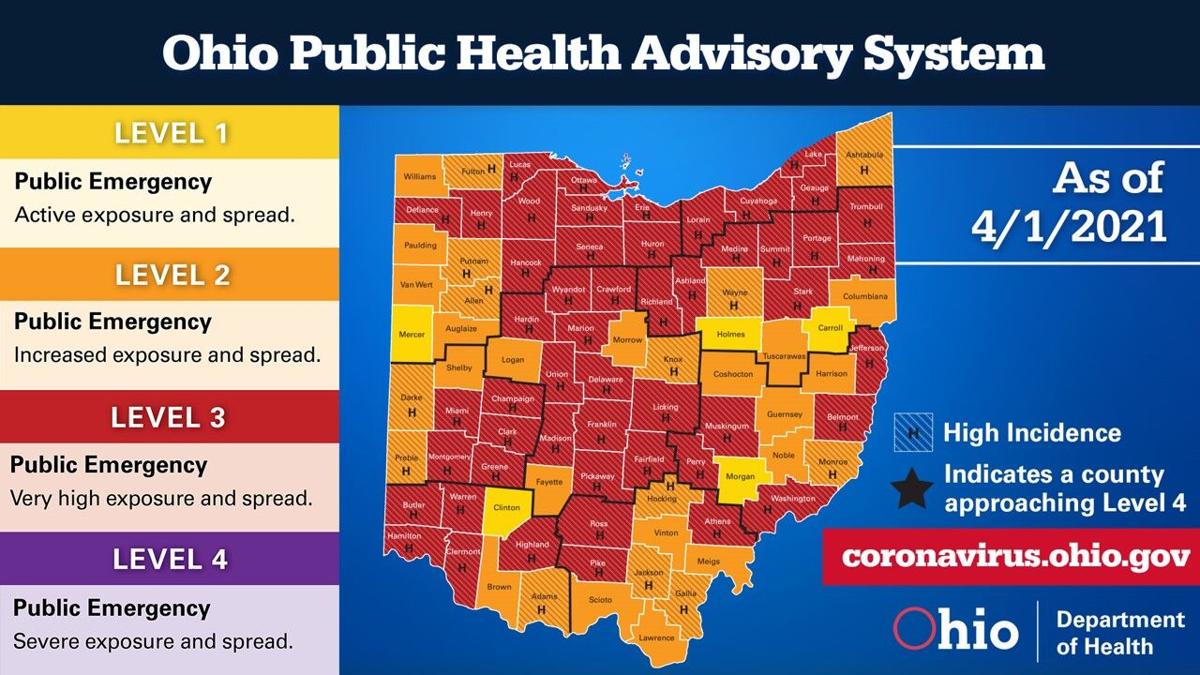 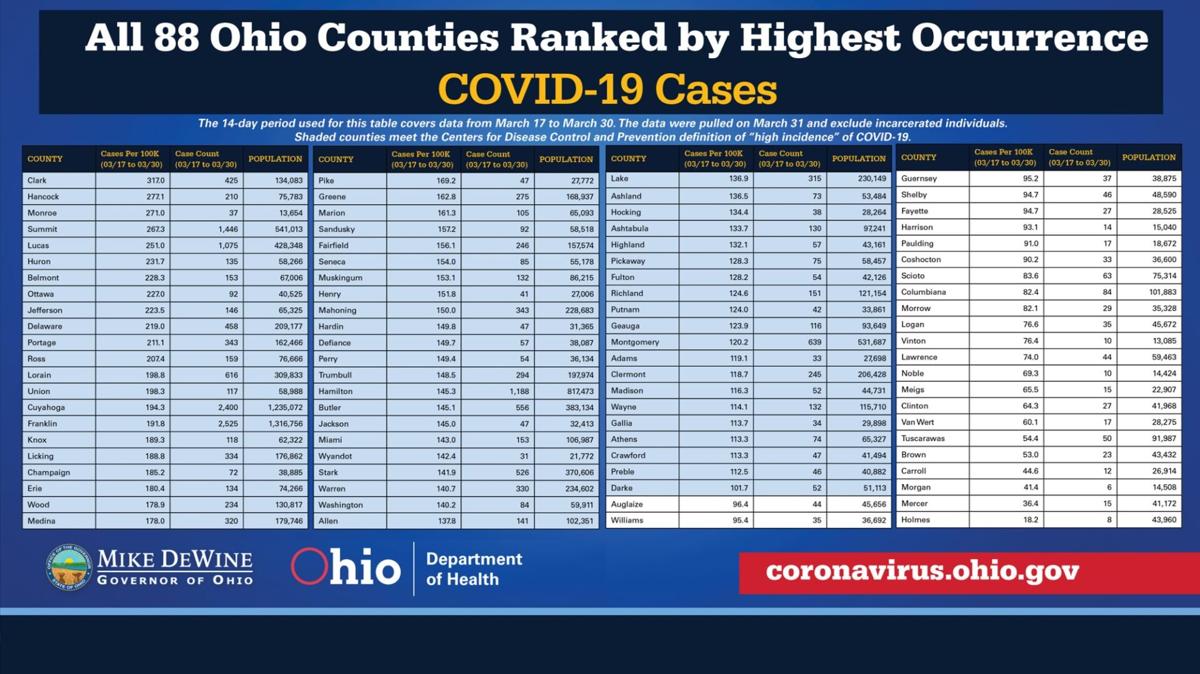 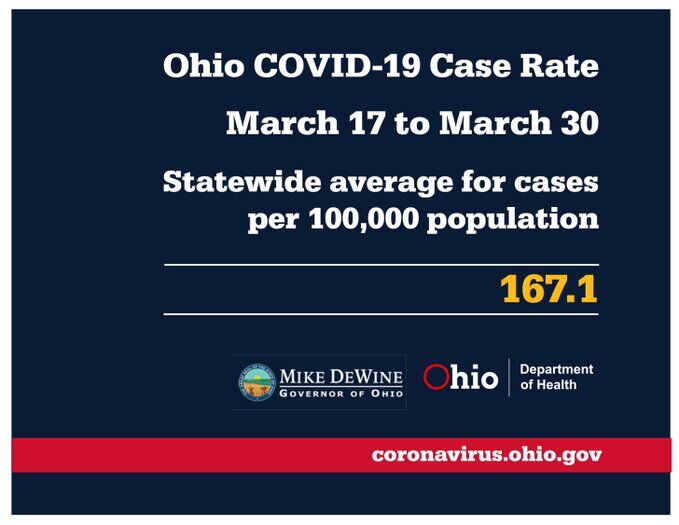 COLUMBUS -- Gov. Mike DeWine announced less than a month ago that "victory is in sight" in the state's fight against COVID-19.

On Thursday, as new cases and hospitalizations are again rising, the governor and his chief medical officer warned residents cannot relax protective measures as the state's vaccine program continues to ramp up.

"For the past two Thursdays, our statewide averages were just under 150 cases per 100,000 population. The two-week case rate has risen to 167.1 cases per 100,000 as of today," DeWine said in his first press conference in a week.

"New cases have been relatively flat through the month of March, but we are seeing the numbers go back up," he said, especially in the northern tier of the state, closer to Michigan, one of the nation's COVID-19 hotspots.

On March 4, DeWine had announced all health orders, including a statewide mask mandate, would be lifted when the state gets down to 50 COVID-19 cases per 100,000 residents for two weeks.

His tenor was markedly different Thursday, urging people to continue to follow safety protocols, including facial coverings and social distancing.

The governor said he had no plan to change the requirement for the lifting of restrictions, though he said the state is in a race with variants that are spreading around the state.

"With the increase in cases per capita at the statewide level, we also saw cases increase in 56 counties. At this point, there aren't yet significant increases in healthcare utilization at the county level, so most counties are still staying red or orange on our advisory map," DeWine said.

"Cases are also up in Ohio for the first week in a long time," Vanderhoff said. "Our seven-day average of new cases per day was 1,842 this week compared with 1,570 last week, and (Wednesday) we saw almost 2,500 new cases."

"Not surprisingly, this has been accompanied by a rise in concurrent hospitalizations, up from 851 a week ago to 978 (Wednesday)," Vanderhoff said. "And our seven-day rate of positive test results is up to 4 percent from 3 percent in mid-March."

The number of new cases in a two-week period in Richland County jumped Thursday to 151, or 124 per 100,000 residents. That's significantly less than the state average, but it breaks a downward trend seen in recent weeks.

Statewide, hospitalizations due to COVID-19 have increased 9 percent in the last seven days and also 9 percent from where they were three weeks ago. As of Thursday afternoon, 1,039 Ohio residents were hospitalized due to coronavirus, up from 899 on March 7, according to the Ohio Hospital Association website.

In the region that includes Richland County, COVID-19 hospitalizations are up 1 percent in the past week and 13 percent from 21 days ago. As of Thursday, there were 169 people hospitalized in the region, up from 141 on March 7.

In terms of vaccines, DeWine said almost 3.5 million Ohio residents have received at least one dose, or about 30 percent of the state's populations.

In Richland County, according to the Ohio Dept. of Health website, 29,148 residents have gotten at least one dose of a vaccine, or about 24 percent of the population.