MANSFIELD -- The recent death of a 76-year-old Richland Correctional Institution is listed as "probable" for COVID-19, according to the Ohio Department of Rehabilitation and Correction website.

The inmate passed away Tuesday at The Ohio State University Medical Center, according to ODRC spokeswoman JoEllen Smith.

The inmate entered RICI in January 2018 after being convicted of attempted rape in Cuyahoga County.

It's the second "probable" COVID-19 prison death in Mansfield. An inmate at the Mansfield Correctional died earlier during the pandemic, which reached Ohio in March. 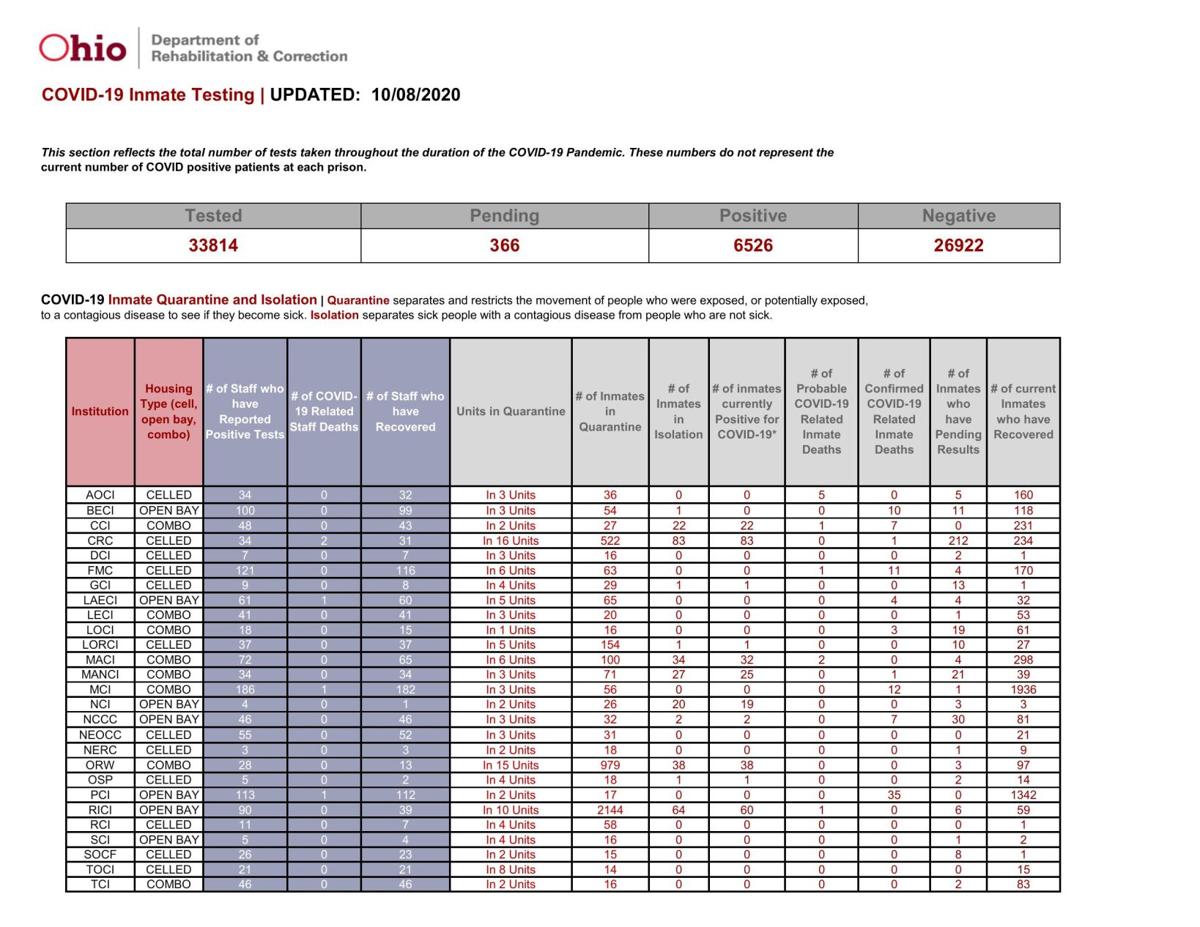 A coronavirus outbreak at the prison on Mansfield's north side began almost three weeks ago.

According to the ODRC website, 60 RICI inmates are currently positive for the virus and another 59 have recovered. Six tests are pending results.

The website said 64 inmates are in isolation and 2,144 are in quarantine at the open bay prison.

Quarantine separates and restricts the movement of people who were exposed, or potentially exposed, to a contagious disease to see if they become sick.

Isolation separates sick people with a contagious disease from people who are not sick.

There are 25 inmates at MANCI currently positive, all of whom were recently transferred to the prison. ODRC spokesperson JoEllen Smith said previously the 25 have been in quarantine since testing positive upon arrival at MANCI and have not been in the prison's general population.

No MANCI staff is currently positive. It has seen 34 staff members contract the virus and all 34 have recovered.

The 28 inmates who have tested positive for COVID-19 at the Mansfield Correctional Institution were all recently transferred to the prison in Mansfield, according to Richland County Commissioner Marilyn John.