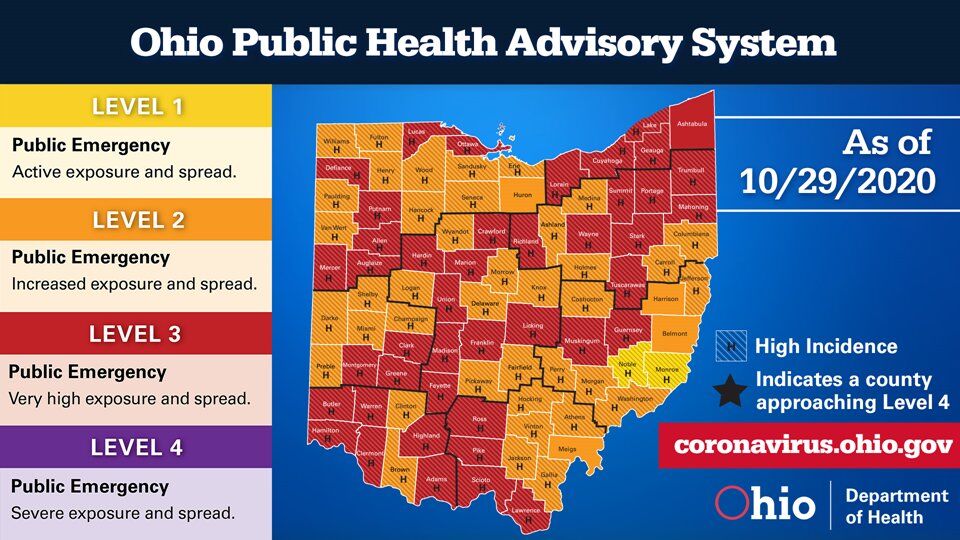 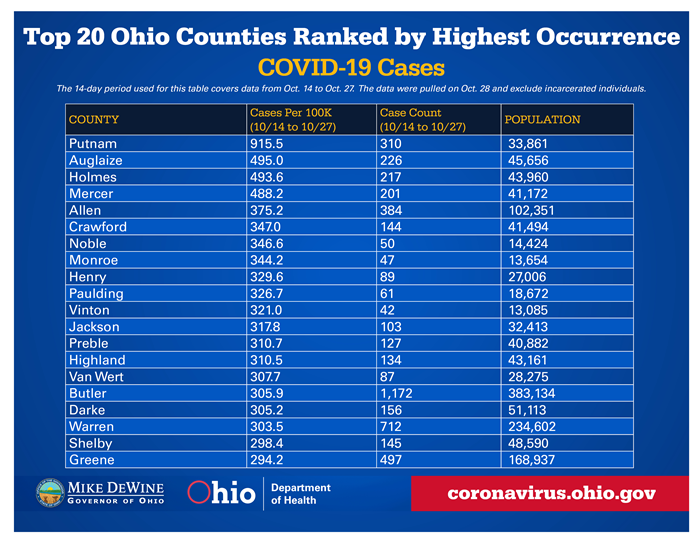 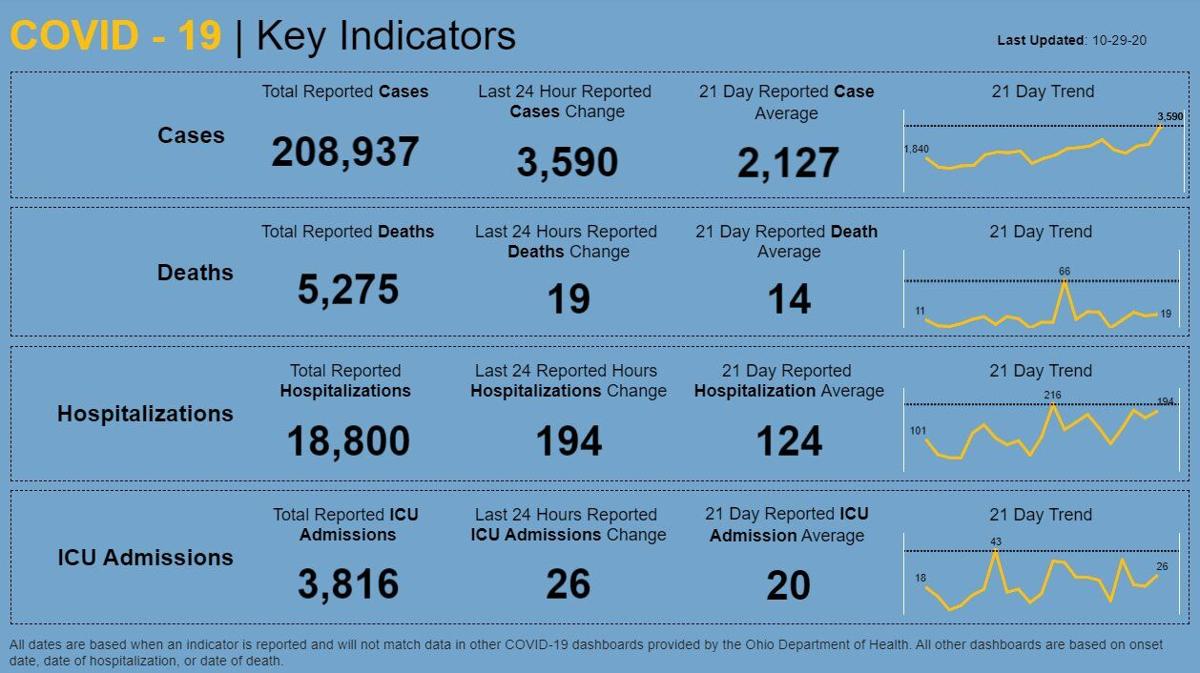 Richland County again triggered two of the seven's state Public Health Advisory System indicators, but remained red due to the "high incidence" level of the virus in the county.

The other indicator Richland County triggered this week was percentage of cases found in non-congregate settings.

In the state's ratings system launched in July, a "high incidence" rating is a "red" ranking -- regardless of other indicators -- if the county had been level three the week before, until it drops below the high incidence threshold of over 100 cases per 100,000 over a two-week period.

In his bi-weekly press conference, Gov. Mike DeWine called on leaders in each of the state's 88 counties to form "COVID Defense Teams" to combat the virus in each community.

"The virus is raging throughout Ohio. There is no place to hide. All of us must come together to fight this enemy. We must fight this invader," DeWine said.

The governor said there have been 194 new hospitalizations reported in the past 24 hours, the third highest reported so far.

"The top five highest new hospitalization numbers have all occurred in the past week and a half," DeWine said.

"They should be representative of the community," DeWine said.

DeWine called on these teams to "assess and understand" their community's situations, inventory their assets and determine what steps to take to "turn things around" in their communities.

There are no immediate plans to form a Richland County "COVID Defense Team," largely because county commissioners said Thursday morning they aren't sure who should be on it -- or what it should do.