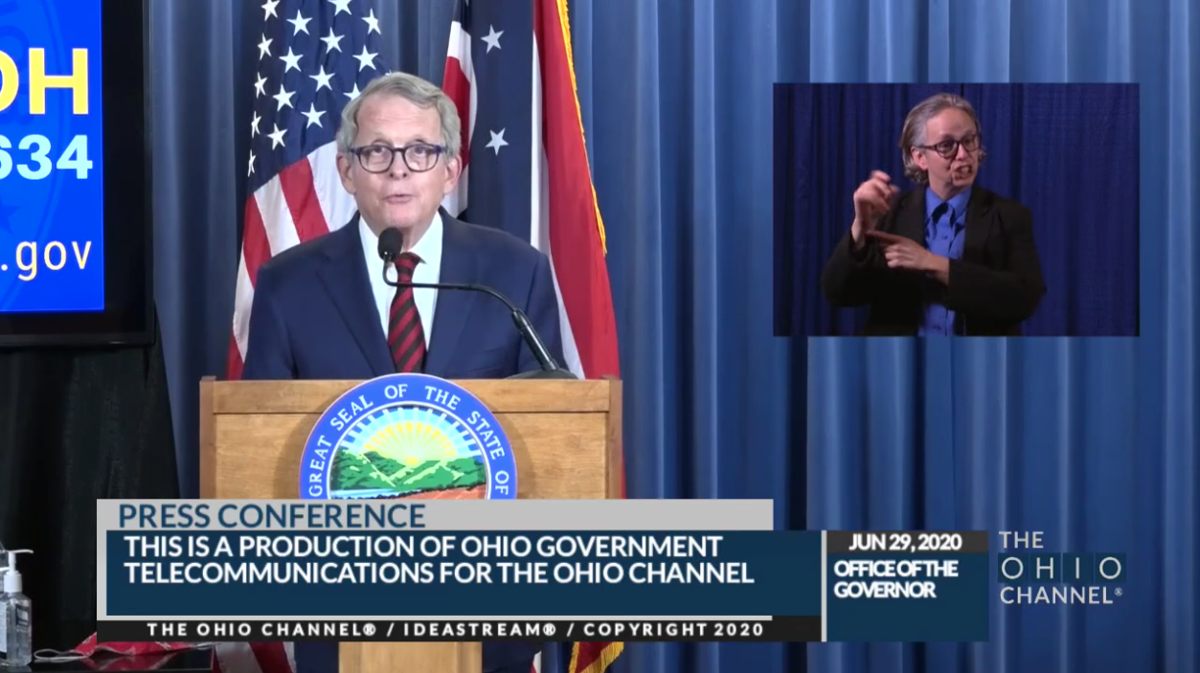 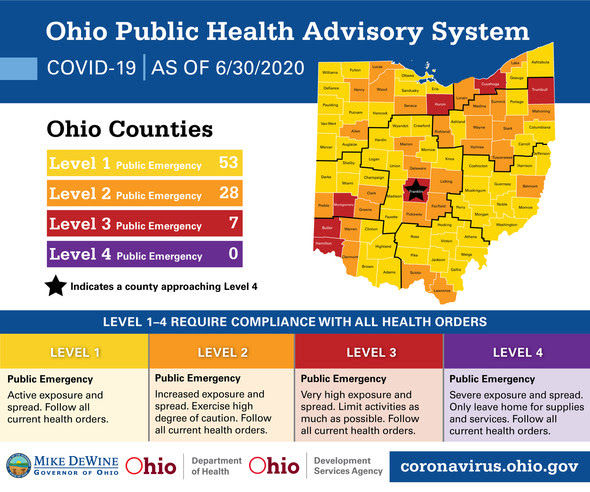 He said the new four-level system is designed to "inform and empower individuals, businesses and local governments" in their response to coronavirus spread, though he stopped short of additional statewide mandates, including facemasks.

DeWine announced the new system during his daily press briefing, saying it's time to begin looking at areas of the state differently in the fight against the coronavirus.

"We are now at another critical juncture in our battle against the coronavirus. What we are seeing is the virus once again spread with a vengeance across the country and some parts of Ohio," he said.

He said this new phase is "how we live with the virus phase."

Some Ohio cities, including Dayton, have adopted mandatory facemasks for their residents.

The governor said there is evidence of community spread in all 88 counties and said officials will monitor seven indicators, such as new COVID-19 cases per capita, sustained increases in new cases, proportion of cases not found in congregate care, ER visits, hospita admissions and ICU usage.

He said the state will also look at contact tracing, tests per capita and the percentage of tests coming back positive for COVID-19.

Individual counties will be "flagged"  as they meet a certain number of the indicators.

DeWine said Level 1 counties are seeing a moderate number of cases, but the virus is not spreading rapidly. He said 53 counties are at level one, including Ashland, Knox and Crawford counties.

He said Level 2 counties,which include Richland County, face an increased risk of exposure and spread of the virus. He said 28 Ohio counties are at this level.

DeWine said seven counties at at a Level 3, including Huron, Trumbull, Cuyahoga, Montgomery, Butler, Hamilton and Franklin. The governor said Huron County has been seen cases spike primarily because of agricultural workers and farming operations.

He said residents in level 3 counties should wear a mask and should limit their movements and interactions.

No counties are currently at Level 4, though Franklin County is nearly there, the governor said. DeWine said residents in any counties that reach Level 4 should "only leave home for supplies and services."

DeWine has said increased testing is just one reason for the spike in positive tests, which topped the 1,000 mark on Wednesday.

“We cannot move back. Ohioans have come too far in this fight to cede ground to this virus,” DeWine said. “This next phase is not about hunkering down, but how we learn to live with this virus.”

The governor said previous orders issued during the pandemic, which began in March, will remain in effect.

COVID-19: Mansfield mayor not ready to mandate masks in the city

Mansfield Mayor Tim Theaker doesn't believe masks should be mandatory in the city, as of now, during the COVID-19 pandemic.