MANSFIELD -- A second state prison in Richland County appears to be experiencing a COVID-19 outbreak.

According to the Ohio Department of Rehabilitation and Correction website, updated late Monday afternoon, 25 inmates at the Mansfield Correctional Institution and two staff members have currently tested positive for coronavirus.

There were zero inmates listed as positive on Friday, though the two current staff cases were reported. 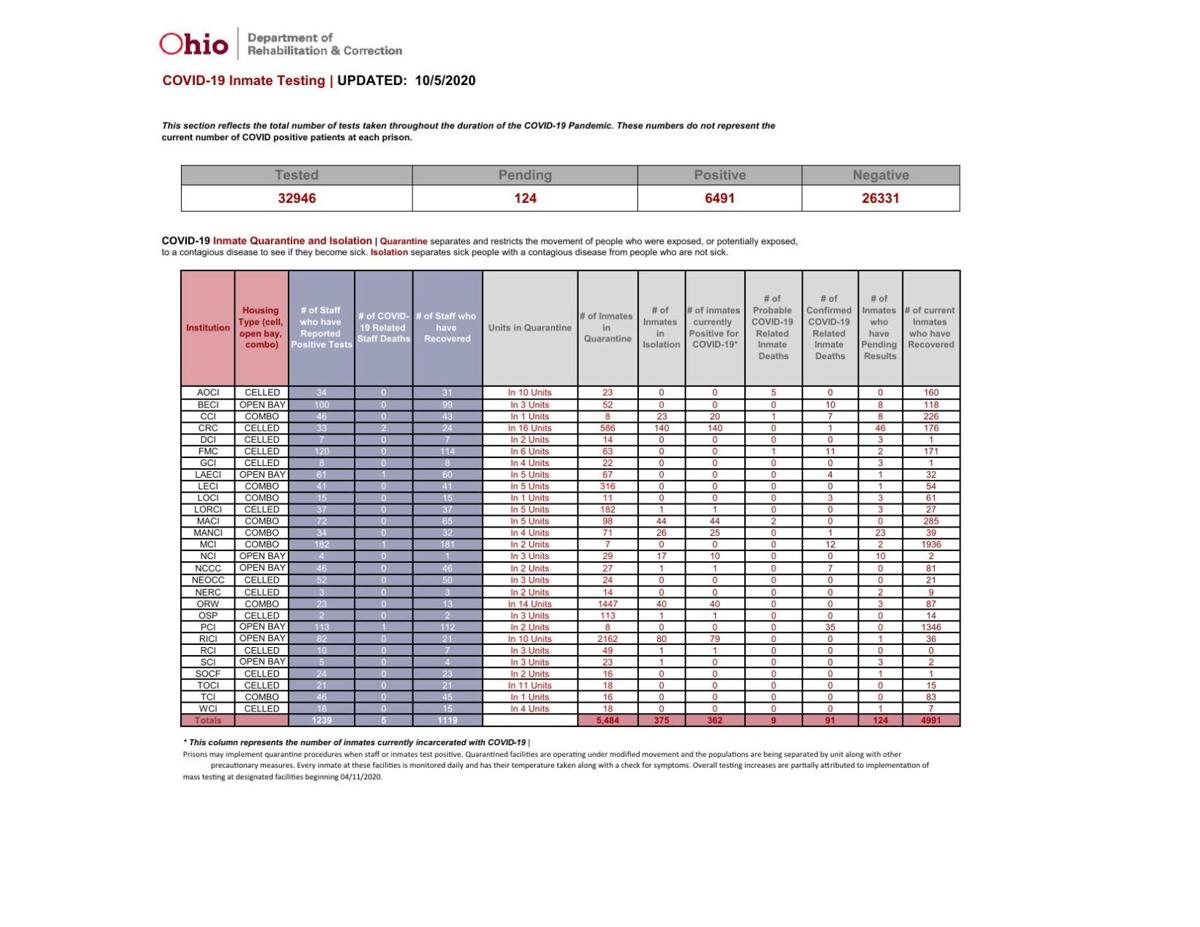 The same website update shows 79 inmates and 61 staff members at the nearby Richland Correctional Institution are currently positive for COVID-19, an outbreak that began about two weeks ago.

The update comes three days before Richland County could become the first "purple," or level four, county in the state under Ohio's Public Health Advisory System that began in July.

The state rankings do not include incarcerated individuals, though they do include members of the prisons' staff.

The ODRC website said 23 test results are pending for MANCI inmates, 71 inmates are in quarantine and 26 are in isolation. A total of 34 staff members at the 1550 N. Main St. prison have reported positive tests, though 32 have recovered at the prison.

There has been one inmate death at MANCI since the pandemic began that the state lists as "probable" for COVID-19. The website reports 39 inmates have recovered from the virus in the past.

At RICI, as of Monday, results are pending on one inmate test. There are currently 2,162 inmates considered in quarantine in the open bay-style prison with 80 in isolation.

According to the ODRC website, 21 of the 82 RICI staff members who have tested positive have recovered. When the website was updated Friday, it listed 75 staff members as positive with 19 recoveries.

If Richland County is "purple," or level four, next Thursday in the state's color-coded, COVID-19 ranking system, at least part of the worsening spread can be attributed to an ongoing outbreak at the Richland Correctional Institution.