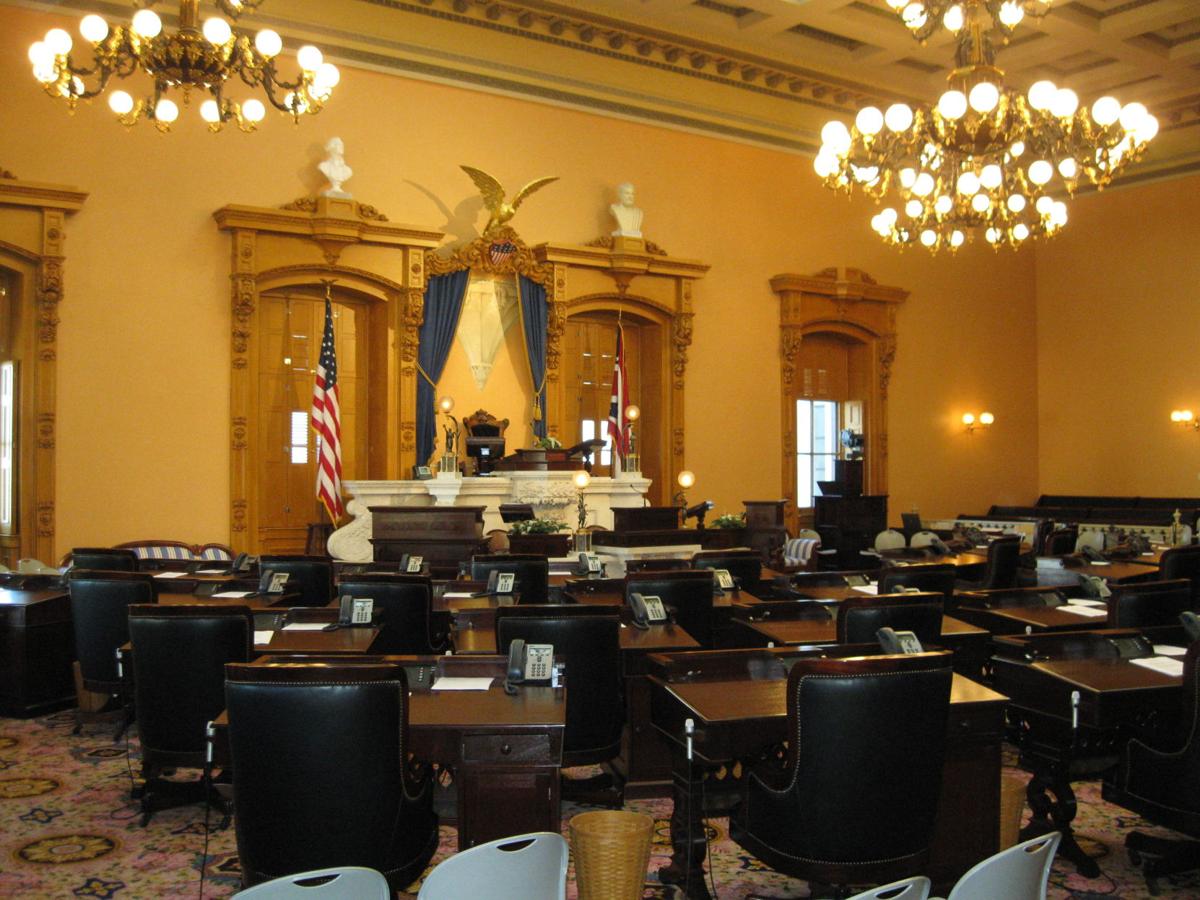 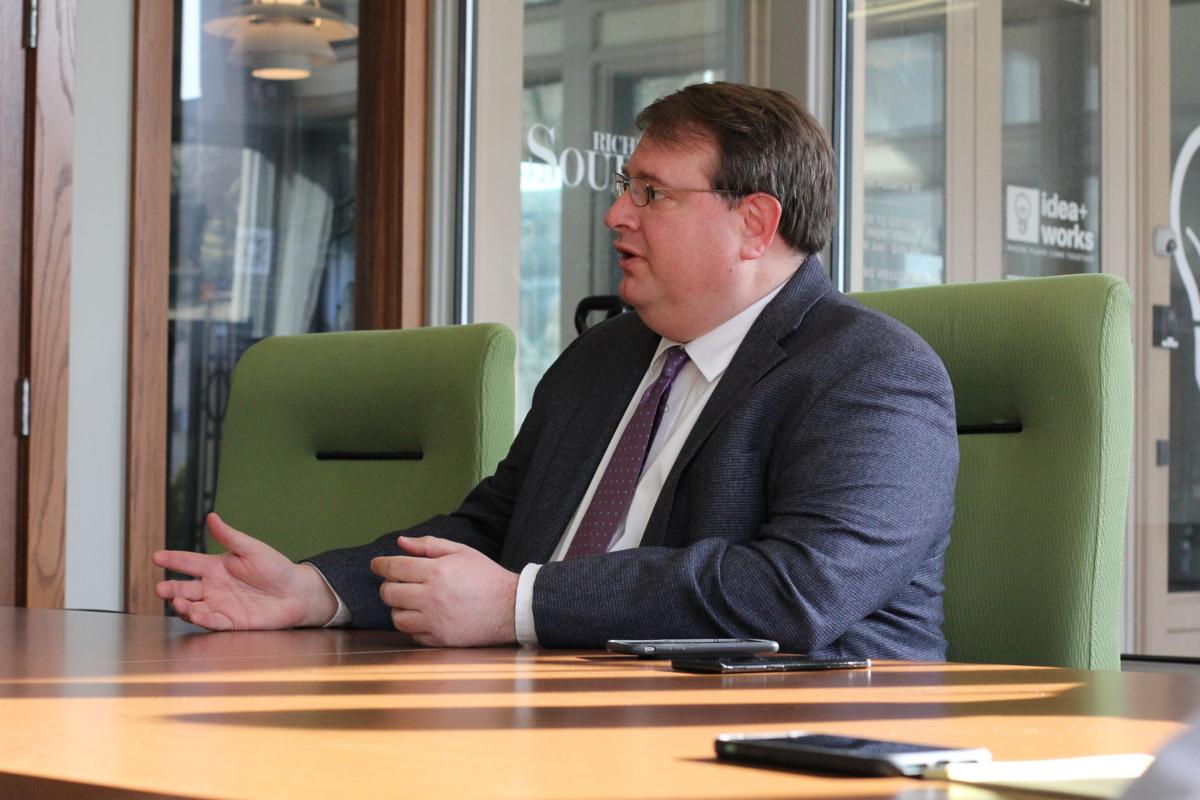 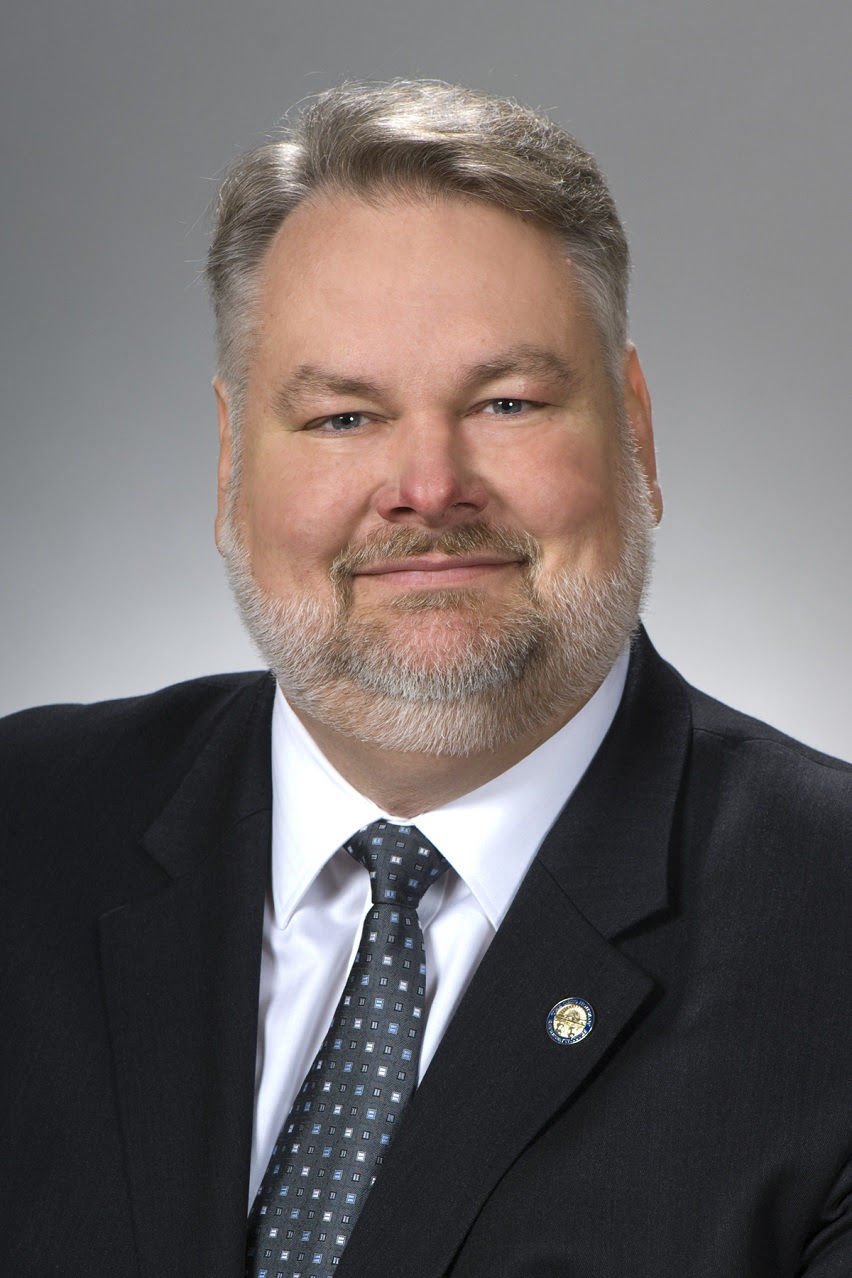 COLUMBUS -- They voted differently on a bill that would have limited powers the state health director utilized during the current COVID-19 pandemic to shut down the state.

But Ohio Senate President Larry Obhof and state Rep. Mark Romanchuk both said this week they are still interested in legislation that would limit the current authority of Gov. Mike Dewine and Dr. Amy Acton and also insert a "legislative voice" in the process.

That legislation could come in new Senate Bill 311, which had a hearing this week in the Health, Human Service and Medicaid committee, with another set for next week. 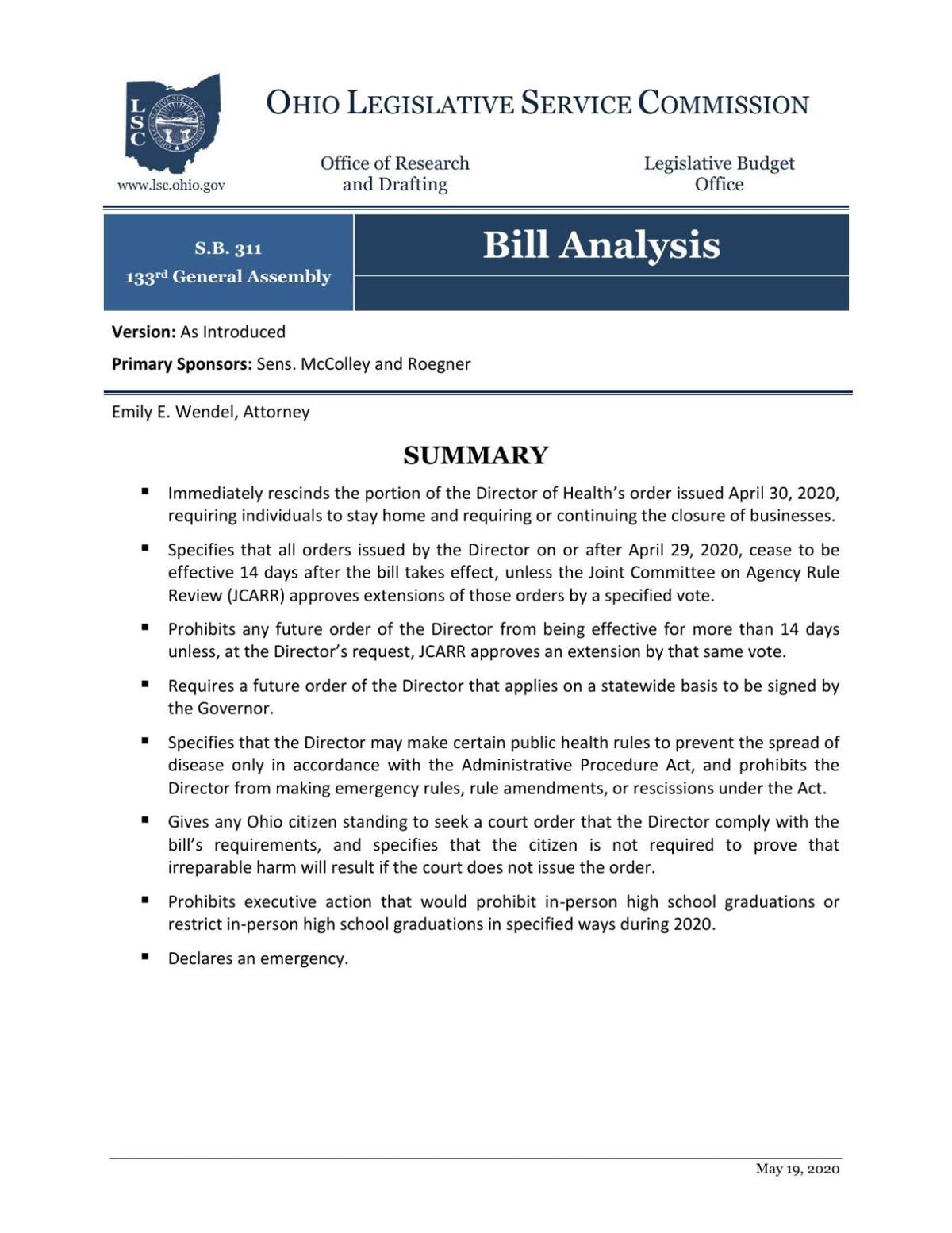 The emergency bill would immediately modify the powers of the executive branch and the health director, while also injecting the General Assembly into the process. It would also limit the length and scope of the state's Health Department orders.

It would also immediately rescind some state health department orders and would prohibit any actions disallowing in-person high school graduations.

Obhof, from Medina, said the bill will follow the normal hearing process, including potential amendments, and said the Senate could vote on it within the next couple of weeks.

"That is up to the (Senate) members. I don't pre-determine the timeline," Obhof said. "It will follow the normal legislative process, including the amendments process. I think it's at least a starting point for us to have a real discussion about what the legislation should look like."

DeWine, however, said he will veto any legislation that inhibits his ability to protect Ohio residents.

Obhof expressed confidence the Senate side of the Ohio General Assembly could override that veto.

"Anything we do (regarding curtailing the executive branch powers) is likely going to be vetoed by the governor. I don't think we will pass a bill unless we are confident we have the votes to override that veto."

However, it's unknown if the House could come up with enough votes to override a DeWine veto. A 60-percent vote would be needed on each side of the Ohio General Assembly to override a governor's veto.

Earlier this month, Romanchuk voted in favor of an amended Senate bill that would have allowed the General Assembly's Joint Committee on Agency Rule Review to review Acton's orders under certain circumstances. It was approved largely along party lines, 58-37.

In shutting down large portions of the state with a "Stay at Home" order in March, Acton cited Ohio Revised Code 3701.13, a law with origins dating to 1908, initially ratified during a tuberculous epidemic.

Though it has been amended several times, the primary thrust of the law remains the same. Namely, the Ohio Director of Health has sweeping powers to issue orders during a medical crisis.

Earlier this week, the Senate unanimously voted down the House-approved legislation, 32-0. It would have limited Ohio Department of Health orders to 14 days and required extensions to be approved by a legislative committee.

Both the Senate and the House are controlled by Republicans.

Obhof said the House, led by Speaker Larry Householder, delivered the Senate a rushed bill that was too-quickly considered and had unintended consequences representatives may not have had time to consider.

"It was not a good work product," he said. "It also was not passed as an emergency, which means it would have not taken effect for six months.

"It was curious to me the House spent so much time the last two weeks lobbying the Senate on behalf of a bill that really didn't do much."

Romanchuk said the Senate has another idea.

"Maybe the Senate wants to do it in a different way. Maybe they want to touch the powers themselves. The House bill didn't touch the powers, we touched the process," Romanchuk said. "There is more than one way to solve a problem.

"Maybe in their mind they have a better way."

"I am open to anything as long as the peoples' voice is inserted into the decision making through the General Assembly," the Ontario resident said. "When you have a statewide emergency, maybe you don't put the legislature in the front end. But soon thereafter, the peoples' voice should be inserted.

"As the law is written now, the health director's powers are very broad and very open-ended and that's not a good thing."

The veteran legislator said he was not surprised by a Lake County court ruling this week that struck down Acton's orders that had shuttered the state's gyms and fitness centers.

A county judge on the shores of Lake Erie ruled Wednesday that the state has overstepped its authority in gyms and fitness centers for two months in response to the COVID-19 pandemic.