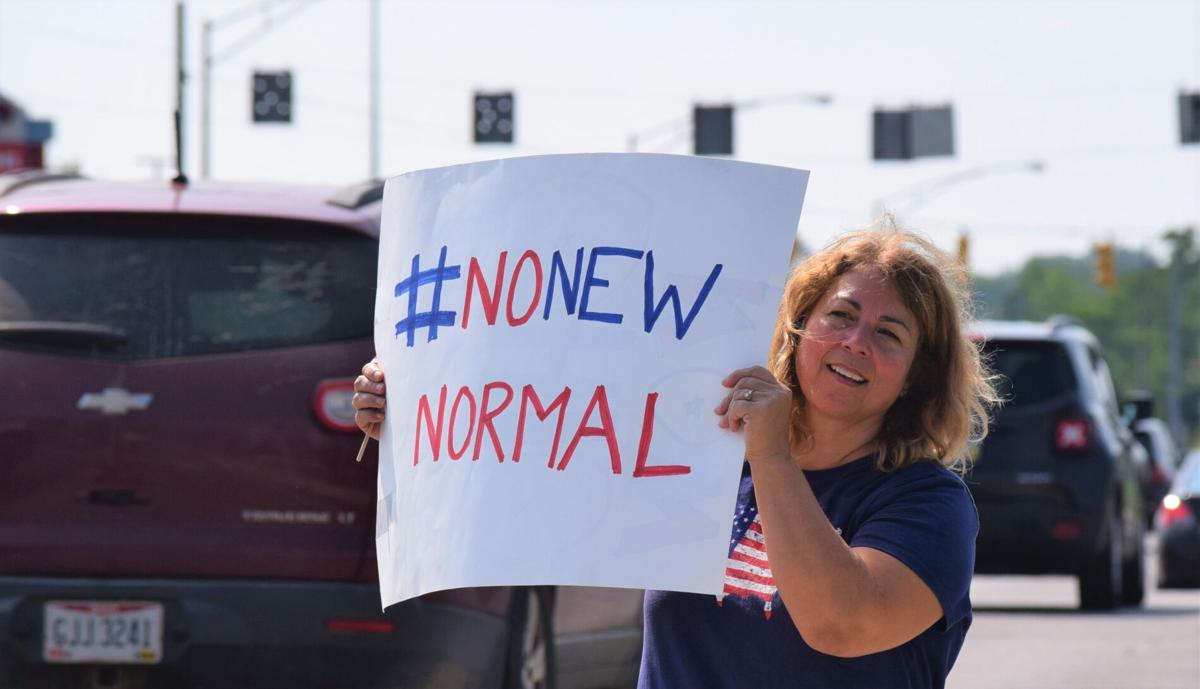 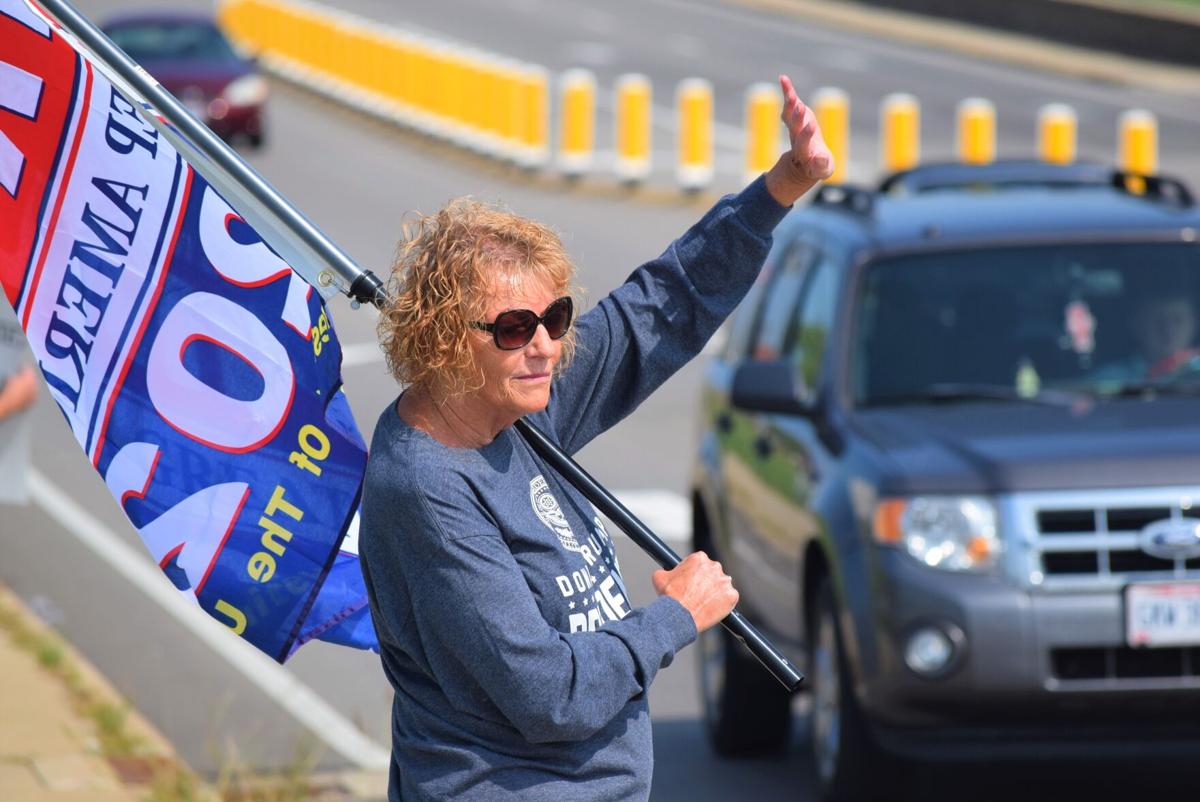 But the Perrysville resident, who participated Saturday in a Free Ohio Now rally in Ontario, said the initially stated goals from Ohio Gov. Mike DeWine have been achieved and it's gone on too long.

"I had no problem with 'flattening the curve (ensuring medical facilities were not overwhelmed).' That's what we were supposed to be doing .. couple weeks, even a month. Past that, it's ridiculous." 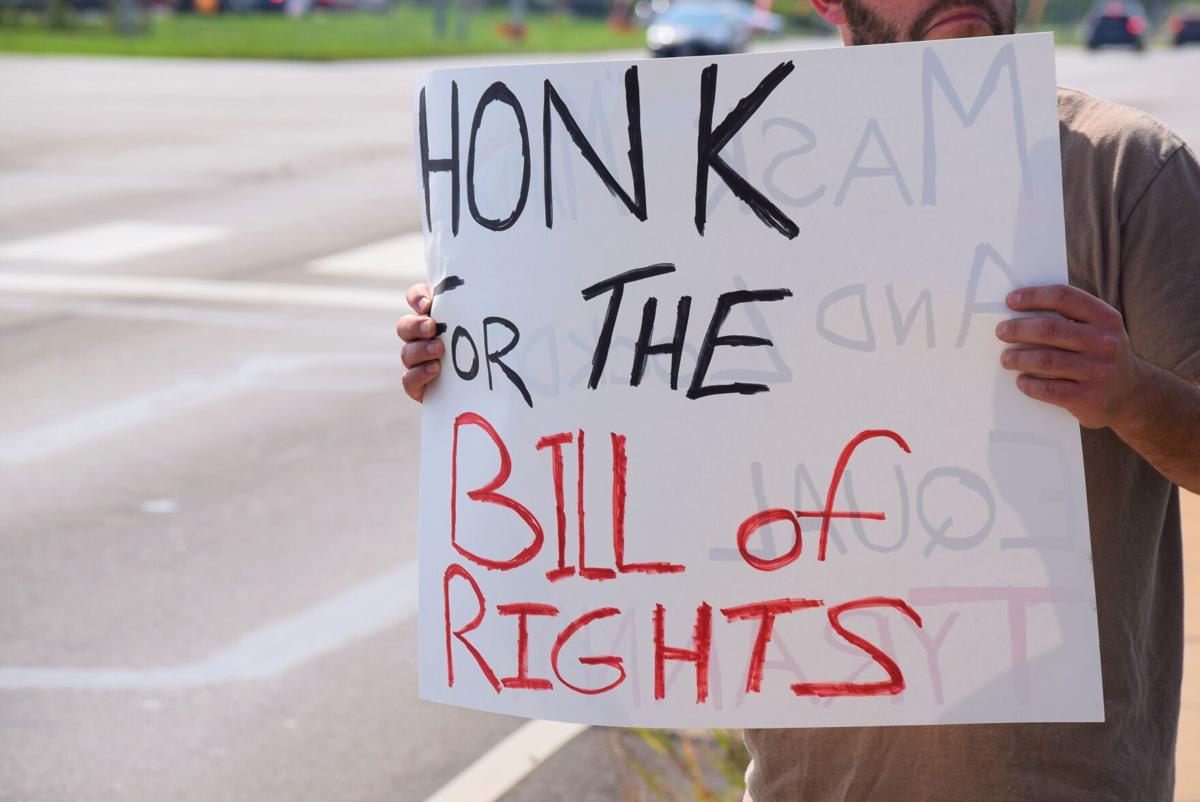 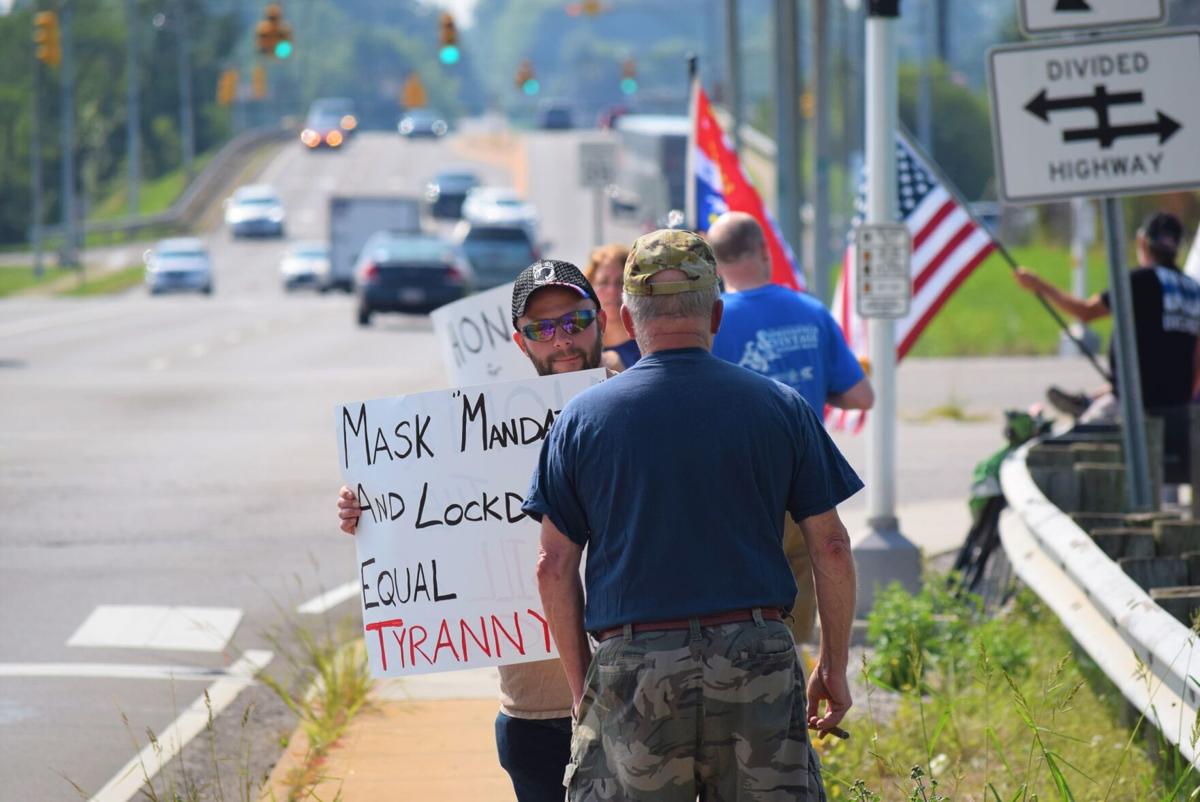 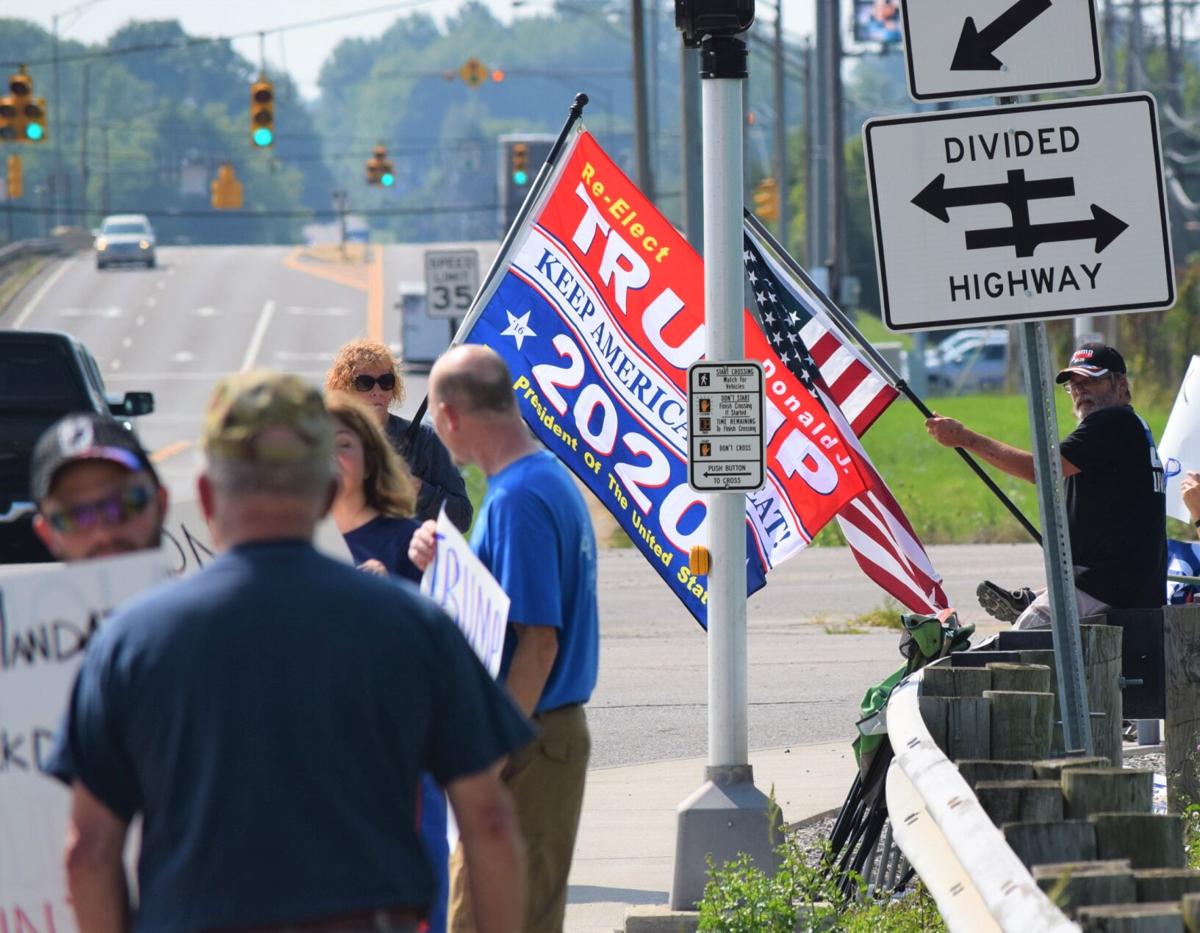 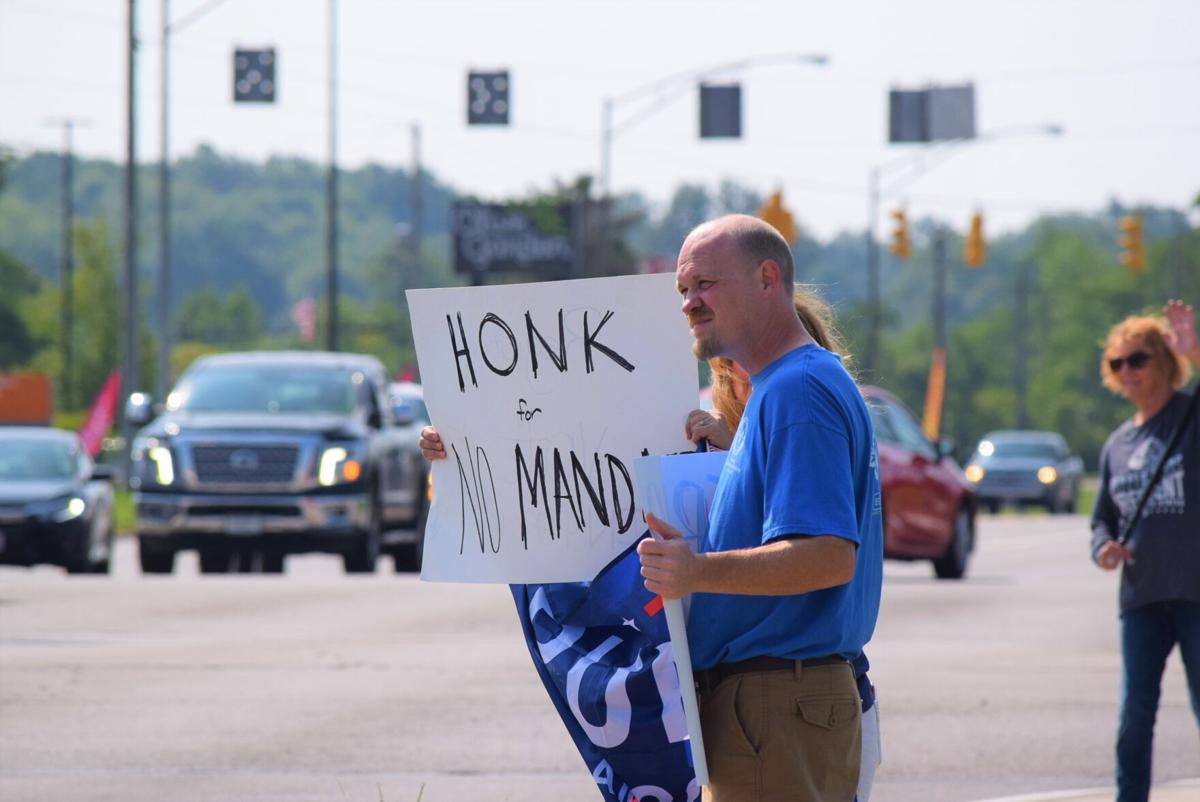 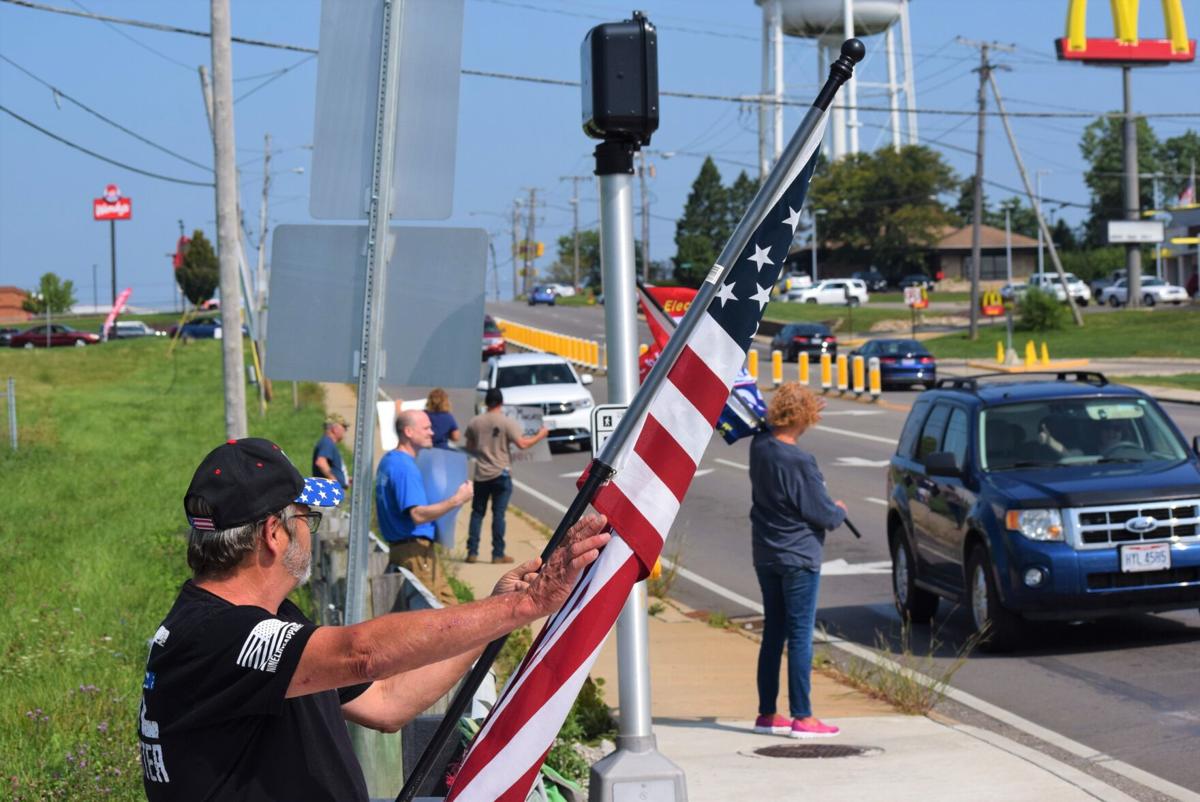 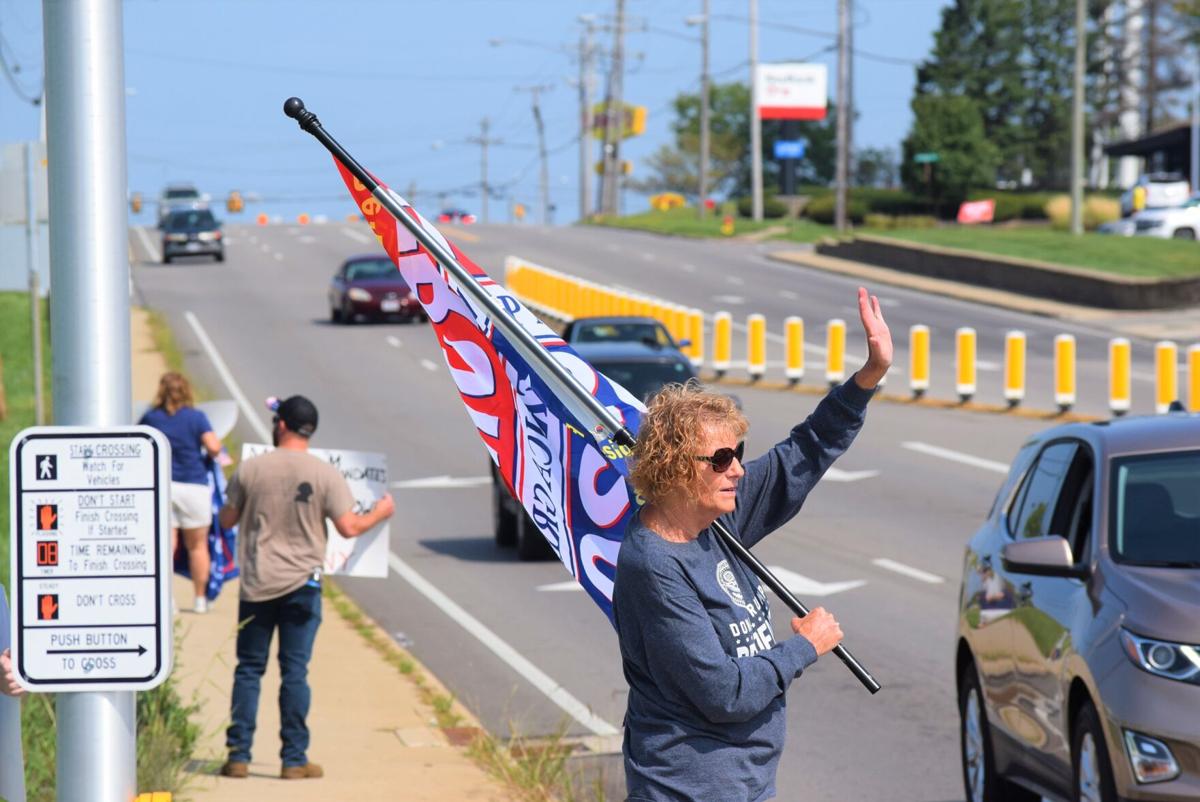 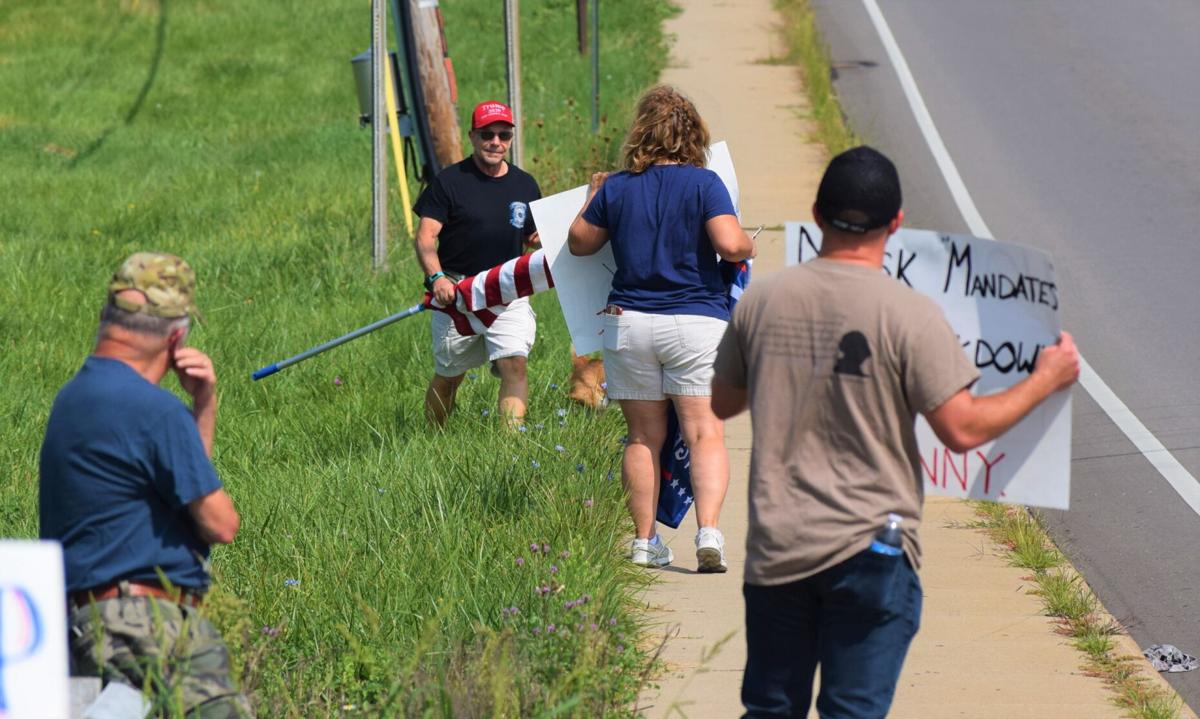 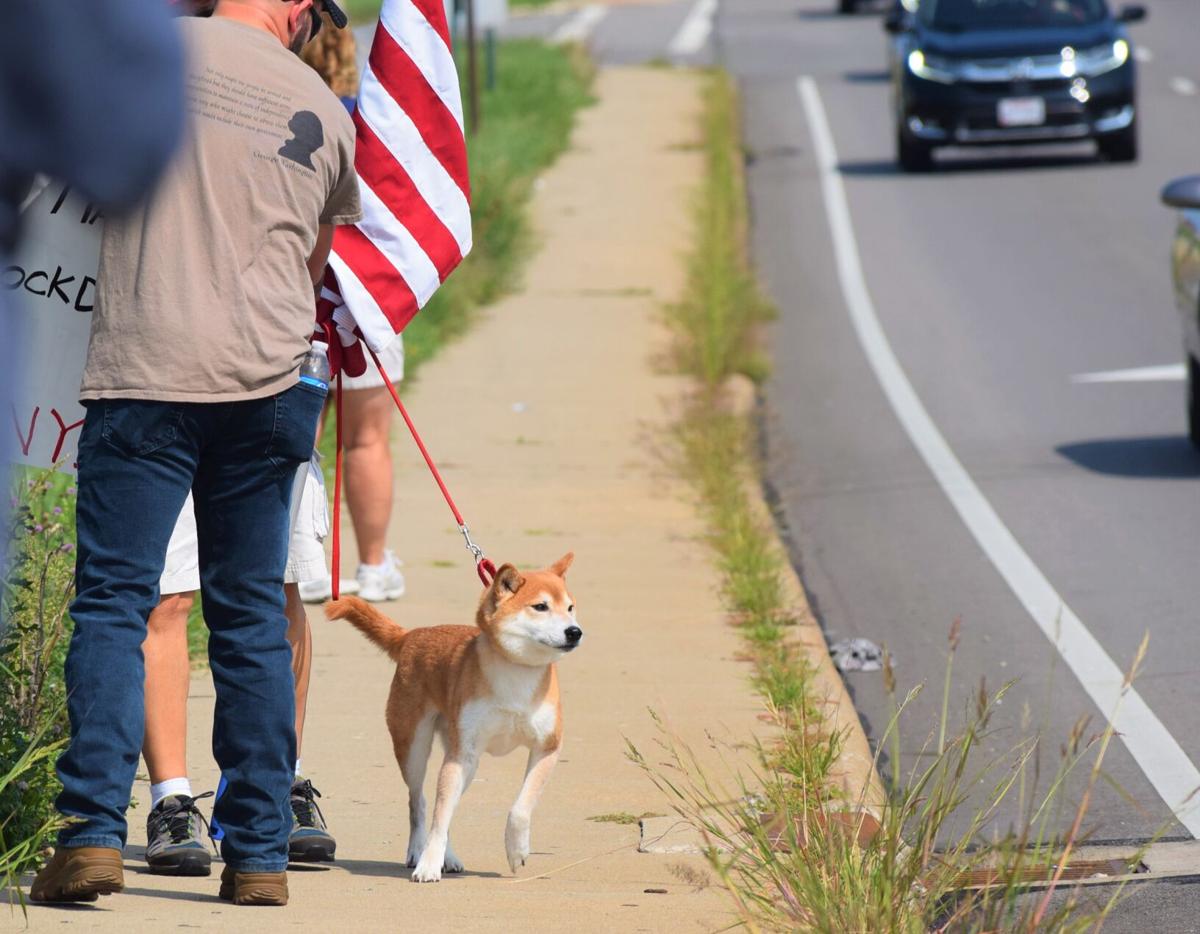 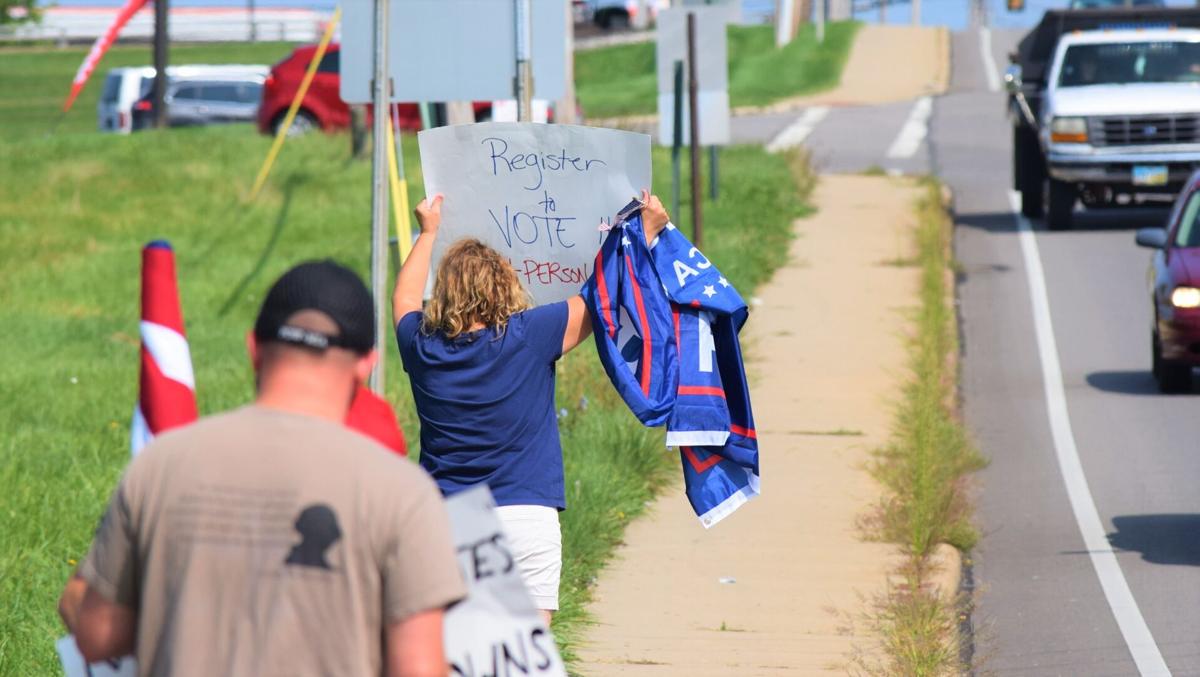 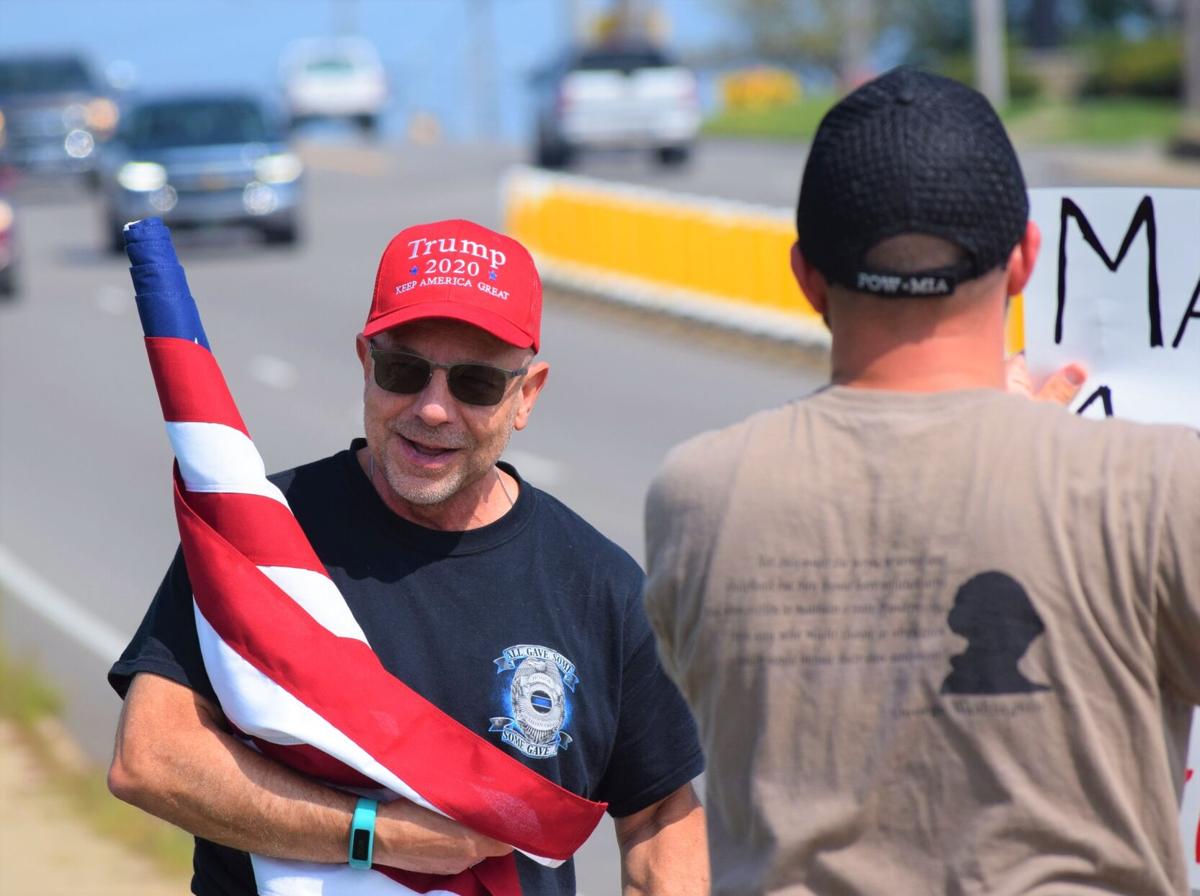 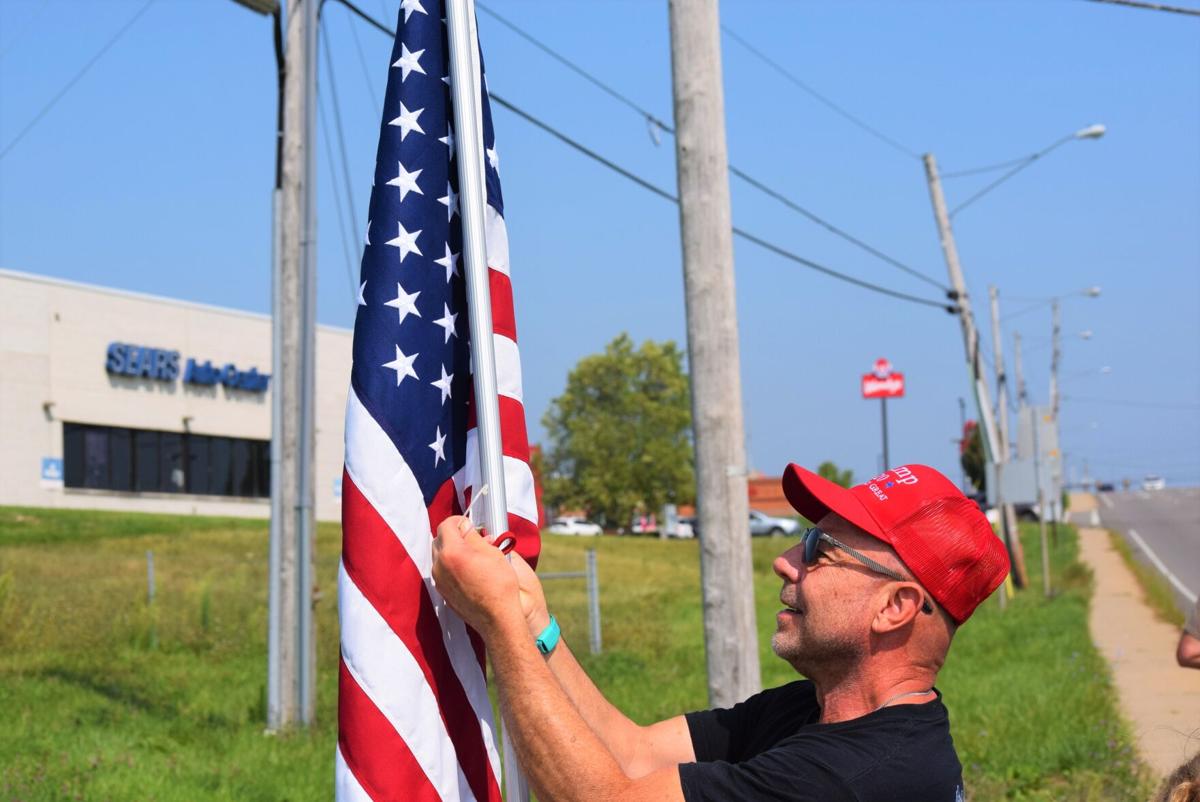 Photos from the Free Ohio Now rally on Saturday near the Richland Mall at the intersection of Ohio 309 and Lexington-Springmill Road.

Rumker and a group of residents held up signs and American flags during the two-hour event, which featured many honking horns of support from passing motorists.

DeWine has said 98 percent of the state's economy has re-opened, though he has maintained many health orders and restrictions, including a statewide mask mandate. On Tuesday, state Senate President Larry Obhof expressed frustration at DeWine's changing goals.

"When (DeWine) gets on TV and says we're open, I beg to differ. You shouldn't have a laundry list of items needed to do things. 'Let's cancel this. Cancel that.' No one can make a living around here," she said.

"I don't want a socialist economy. We're in America. We have rights. I want to keep my rights. I have had enough of (DeWine)," she said. "Businesses are dying. They don't have a choice."

During a Thursday press briefing, DeWine defended his continued restrictions, which he said had helped keep the virus down.

"If we took mask orders off today, it would flare up just like that. There is as much spread out there today as there have ever been," DeWine said. "It would not be a wise time for us to let up."

He said he looked at the restrictions as a price Ohio residents are paying for freedoms, including the ability to work and for children to go to school.

"We're not going to keep any restrictions in place one second longer than we have to," DeWine said. "But there is no indication this battle is over at all."

As of Saturday at 2 p.m., the Ohio Department of Health website reported there have been 136,568 positive COVID-19 tests in the state and 4,411 deaths. More than nine in 10 of the deaths have been people 60 and older and the positive-test rate has hovered around 4 percent for nearly a month.

Knox County resident Gwen Hahler Sparks, who said a similar rally in Mount Vernon featured about 200 people on the city's square Friday night, said she feared COVID-19 at the beginning and believed it "would be very bad all over the United States."

Her feelings have since evolved as Knox County has seen 267 total cases and 15 deaths, nine of which involved residents living in nursing homes or assisted-living centers. As of Saturday, according to ODH, there were 26 active cases in the county, roughly 0.0004 of the total population in the county.

"For the first two months, I was cautious of where I went and what I did," Hahler Sparks said. "And then I really put some thought into it. Wal-Mart can be open. Rite Aid can be open. These clothing places can be open. Why are we hiding ourselves? Why are we staying at home 24/7, not working, and these people can work?

"So then I started using the mask and being, you know, respectful of other people. And then I threw the mask away and I don't wear it anymore, because I think the whole thing is just totally exaggerated and blown out of proportion at this point," she said.

Hahler Sparks labeled DeWine as a RINO (Republican In Name Only),  a term used primarily by conservatives to describe people and political stances which are namely Republican, but do not align with conservative ideology.

"He is a Democrat, acting like a Republican, and yeah, he needs to go," she said.

"My mother-in law-died a month ago in a nursing home. You know how many times I got to see her in the last six months? Once. That's what started on me all this ... the nursing homes and my mother-in-law," Rumker said.

"She would say, 'Why can't I hug you? Why can't I see my little great-grandson?' The only way we got to see her was put her in a hospice house .. so we could touch her. By that time, they had her so heavily medicated, there was no interaction with her. But at least we could touch her," Rumker said.

"I encourage people to stand up, to use their voice, to join us, and not take it anymore. If everyone banded together and stood up, (DeWine) would back down, just like he has done before.

"As long as people take it, they're going to keep putting more and more ridiculous mandates on us," Rumker said.

Obhof is 'frustrated' by the state's shifting COVID-19 goals

Ohio Sen. President Larry Obhof said Tuesday he is "frustrated" by Gov. Mike DeWine's shifting goals regarding the COVID-19 pandemic that reached the state in March.