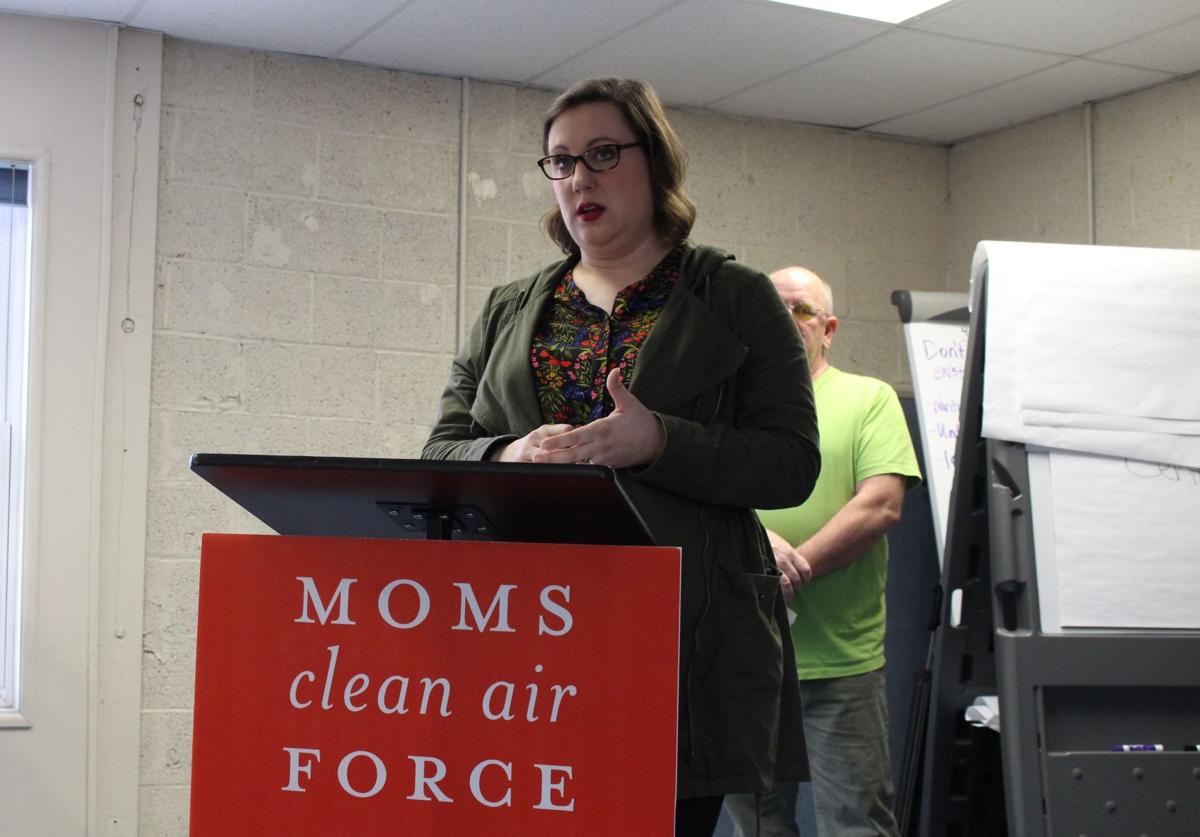 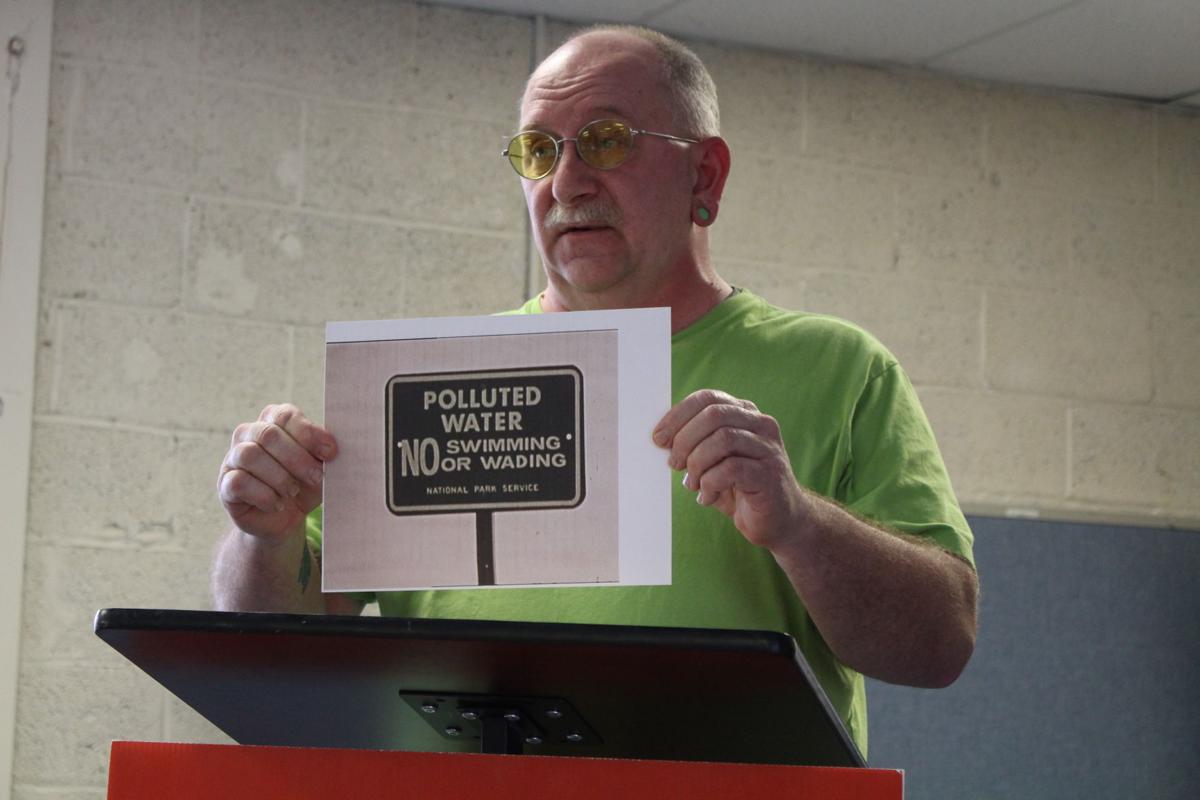 Mansfield resident Bill Baker displays a photo of a sign that was in Mansfield in the 1970s.

MANSFIELD -- A number of community leaders stood in solidarity with U.S. Sen. Sherrod Brown and his decision to vote against Scott Pruitt, the newly confirmed administrator of the U.S. Environmental Protection Agency.

"By choosing to not throw his vote in the ring and approve Scott Pruitt, he sent a message to Ohioans that he is looking beyond the popular vote to what is most important, and that's people," said Laura Burns, Moms Clean Air Force Ohio organizer during  a press conference Tuesday.

"The current administration wants to roll back standards that curb mercury and toxic air pollutants," Burns said. "As these pollutants enter our atmosphere, they're introduced to the water cycle, not dissipating, but instead staying in our atmosphere for decades.

"As I stand here, President Trump is in Washington personally attacking the Clean Power Plan. He wants to overturn a program that helps to combat these changes in our climate by cutting carbon pollution from power plants and replacing it with cleaner sources of energy."

She noted that according to the Centers for Disease Control and Prevention, 6.3 million children in the U.S. have asthma, and almost 300,000 of those children are Ohioans.

Bryant said he suffers from asthma and that environmental pollution affects "our" planet.

West-Torrence touched on the issue of flooding.

"With the north end of Mansfield being located in the floodplain, we have experienced firsthand the disastrous effects of flooding as a result of the changing climate," she said.

One problematic effect is the spreading of mold in the air.

Oftentimes, the homes that are affected by flooding are occupied by residents who are the least able to bear the after-effects, she said.

"As a mother, I consider how the flooding impacts families and the health of those who live in the affected areas," Burns said. "As a scientist, I am concerned that these impacts are driven by our changing climate."

Although March is a rather "capricious" month, Ohio has seen warmer temperatures this month than usual, Burns said.

"According to the National Oceanic and Atmospheric Administration, we're looking at record temperatures for the third year in a row," she said.

Baker noted the success seen in Mansfield with pushing back on class two fracking waste injection wells in 2012.

"Mansfield was one of the few communities that was able to stop construction of those wells," he said.

Baker remembers growing up in Mansfield in the 1970s and the air and water pollution caused by heavy industry, which brought about the formation of the EPA almost 50 years ago, he said.

"Since that time, pollution-related illnesses including asthma, lead and mercury poisoning and cancer have been reduced and better monitored as a direct result of EPA oversight," he said.

"We need to build up the EPA and not tear it down."