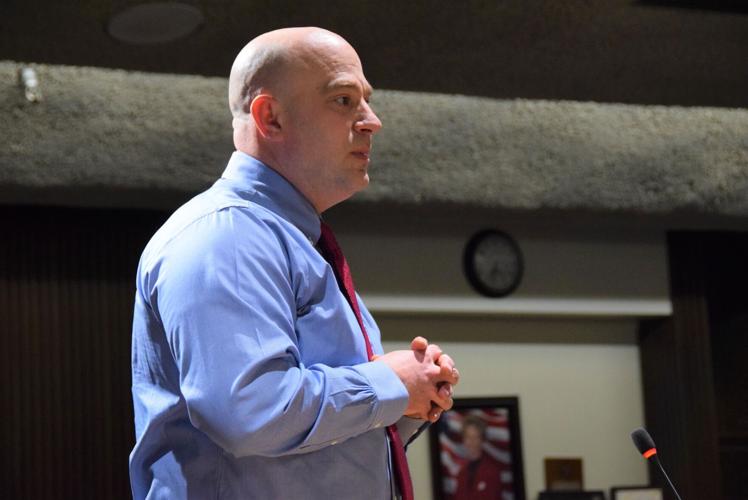 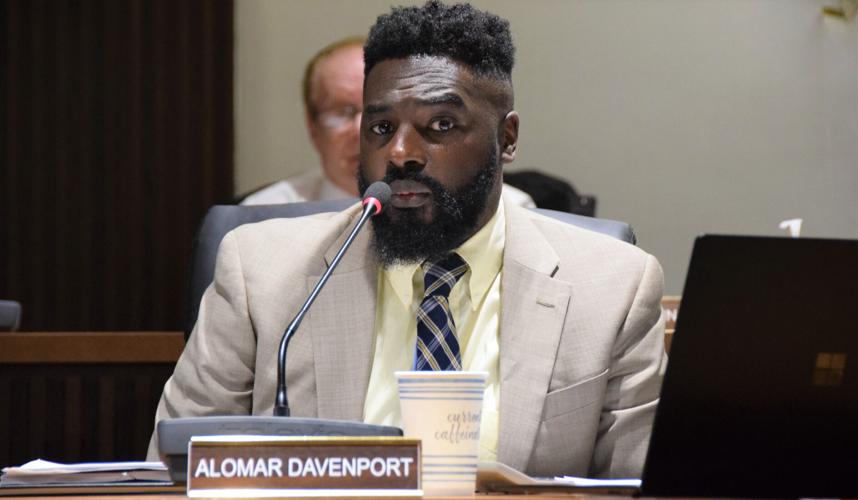 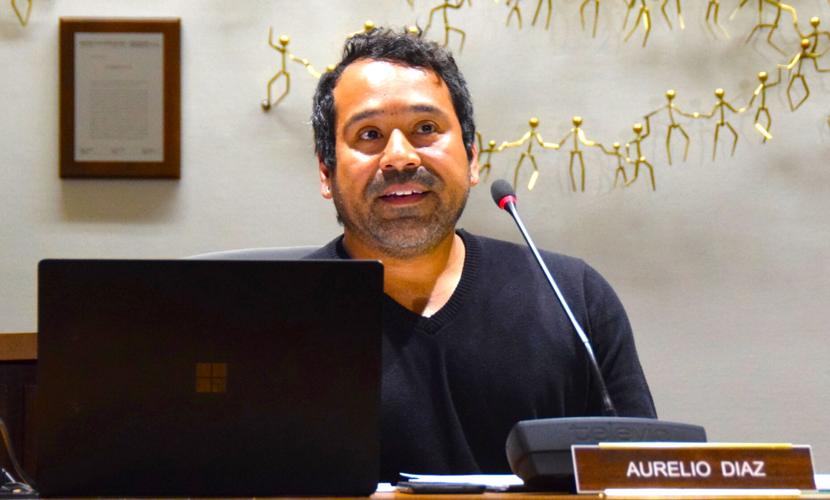 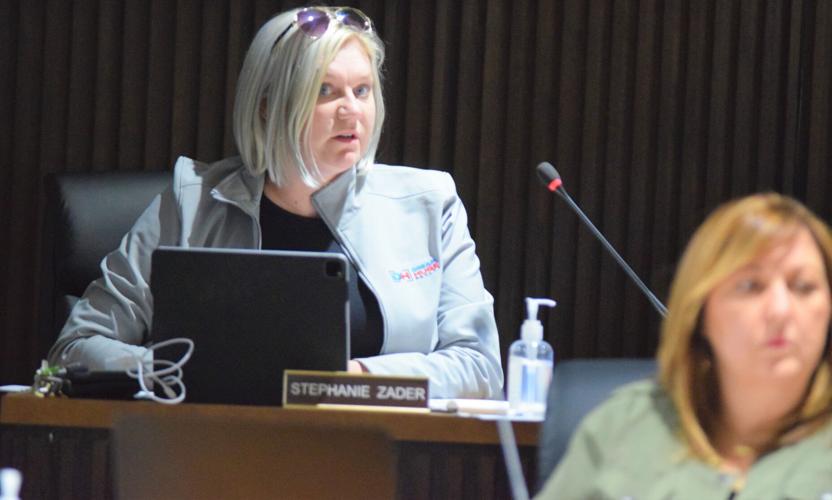 MANSFIELD -- When is a citizen police review commission sufficiently independent?

That's the question Mansfield voters may decide in November if a proposed initiative petition makes it onto the ballot.

Members of the local Black & Brown Coalition will soon seek registered voter signatures in support of the proposal, which would significantly alter a review board first formed by Mansfield City Council 19 years ago.

One of the biggest changes would be the creation of an "Inspector General" position, outside of the Mansfield Police Department, that would investigate complaints against officers at the same time the department is investigating them internally.

The changes would take effect April 2024, which means implementation of the program would have to be fleshed out by the city's next mayor since Tim Theaker is in the last 19 months of his third and final four-year term of office.

"It would create a whole new department within city government," said 4th Ward City Council representative Alomar Davenport, a leader in the coalition supporting the changes.

"It's an unfunded mandate. The advantage is it gives the (new) administration the ability to create the (Inspector General) position as they see fit. There will be ramifications to the budget."

Under the current structure, MPD investigates complaints and reports those findings to a seven-member citizen review commission. That commission  assesses that investigation to determine if it was "thorough, accurate, credible and impartial."

The commission, which has no current authority to conduct its own investigations, can also make recommendations to the mayor and police chief on how to improve the public and the department.

The proposal, named the Wayne McDowell Police Review Board Ordinance, changes that through the Inspector General, who will have the authority to investigate citizen complaints at the same time they are being probed internally by the police department. 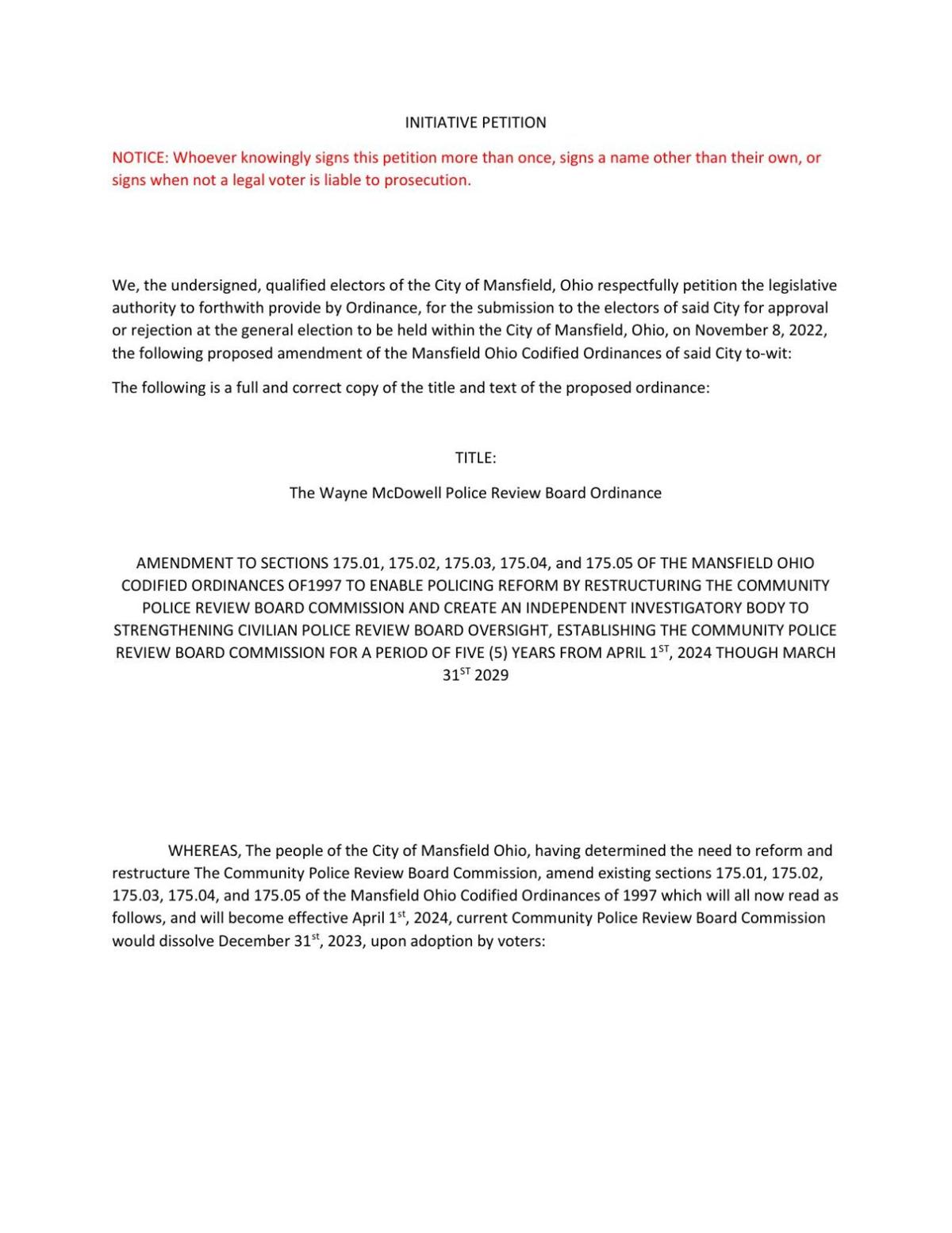 Davenport said the proposal is the next step in a process McDowell started when he helped launch the Black and Brown Coalition and assisted in the development of a Code of Conduct between the MPD and the community in 2020.

"When you have a civilian review board, you want it to be as independent as possible," Davenport said. "The Inspector General would be beholding only to the review board."

Davenport said he could not identify a specific investigation handled by the current citizen review board structure that was handled improperly.

"The whole point of this is to create trust in the investigations. When someone is investigating themselves, regardless of who that is, there is a natural reluctance to believe that investigation can be unbiased," Davenport said.

Davenport said the move mirrors citizen review board changes in Cleveland and Columbus.

"This helps police, as well," he said. "A lot of complaints are not truthful, but it's difficult for the community to believe that investigation when police are doing it themselves. An independent body could create credence to the police investigation."

Police Chief Keith Porch, who has led the successful effort to equip all patrol officers with body-worn cameras in the last year, said he supports transparency in his department.

But he also questions how the new Inspector General position and a review board with subpoena-power will function at the same time his own department is conducting internal exams of a complaint.

The chief also wonders who will pay for the Inspector General position, the qualifications of the person filling the role and exactly how it will all work -- details not completely spelled out in the initiative petition.

For example, he said, officers responding to such subpoenas by the IG and the commission will have to be paid for a minimum of 4.5 hours of work under terms of their contract, even if they are only questioned for a few minutes.

"I've spoken to Councilman Davenport and it seems a lot of my questions would have to be answered by the future mayor on how that mayor would decide  the function of this person," Porch said.

"Let me say without any question that I am 110 percent for transparency and accountability, as it relates to the Mansfield Police Department and the conduct of its employees.

"I think obviously incidents in the last three years have highlighted that I've been willing to release the good, the bad, and the ugly in regards to the police department," Porch said.

"We are not Columbus. We are not Cleveland. Let's put it into perspective. (Mansfield police) handle well over 40,000 calls for service annually. On average, 25 to 30 complaints are filed against division members."

Porch, who said the majority of complaints are officer rudeness, said the department's investigations are thorough when a citizen files a complaint.

"If the voters believe (proposed changes are) important to them, then I am obviously 100 percent behind that. The mission is for transparency.

"I've been told the the perception of the community is that the police investigating the complaints will not be fair and that it's essentially biased," the chief said.

Police Capt. Chad Brubaker is currently assigned to present investigation results to the commission, which meets every two months. He said he presents the synopsis of the investigation and details that members can take home and review until they meet again.

"We cover it again (at the next meeting), they can ask questions and then vote whether it's accurate, complete and thorough," Brubaker said. "Sometimes, there is quite a bit to these investigations, pretty complex. A lot of work goes into them."

At least two of Davenport's counterparts on Mansfield City Council said they are opposed to the proposed changes.

Fifth Ward Councilman Aurelio Diaz, who said he is no longer active in the Black & Brown Coalition, said he is happy with the current review commission structure and sees no need to change it.

"I don't like the idea of restructuring something when we already have local people involved and excited about their work. I don't see the need to reinvent the wheel and perhaps just increase racial tensions," Diaz said.

The councilman said he also thinks local lawmakers can make changes if the commission needs to be revised.

"We represent the community. That's why we were elected," he said. "I think things are improving in the community in the relationship between residents and the police department.

"This will just create unnecessary potential chaos we don't need," Diaz said. "I am afraid it's just going to create more tension between the community and the police department when there has been a lot of progress."

At-large Councilwoman Stephanie Zader said, "While I appreciate the initiative, I feel that there are many needs in our city that could be focused on. This move seems like another purely political move to make a name and I do not support that."

Zader said she had once worked as a City Council clerk and saw how the commission operated.

"I believe the issues that we have experienced are addressable without adding more financial burden to the citizens of Mansfield and without taking such drastic measures.

"We have minimal citizen reports of police misconduct (less than 30 last year with nearly 54,000 calls, meaning less than .0006 percent of our calls ended in a report of misconduct), and the current police administration has shown great accountability in addressing it when we do," Zader said.

"Our police department administration is very transparent, and shares more information with us than they are required to. We have leaders in our city for a reason and I think we need to trust them to do their job and not create issues where there are none."

Davenport outlines vision for new police review board in Mansfield 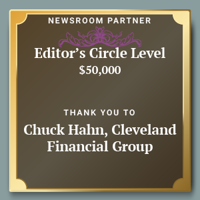 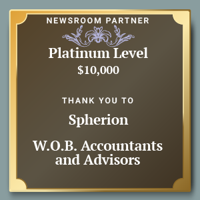 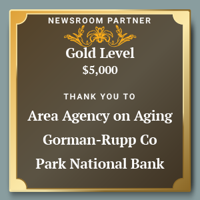