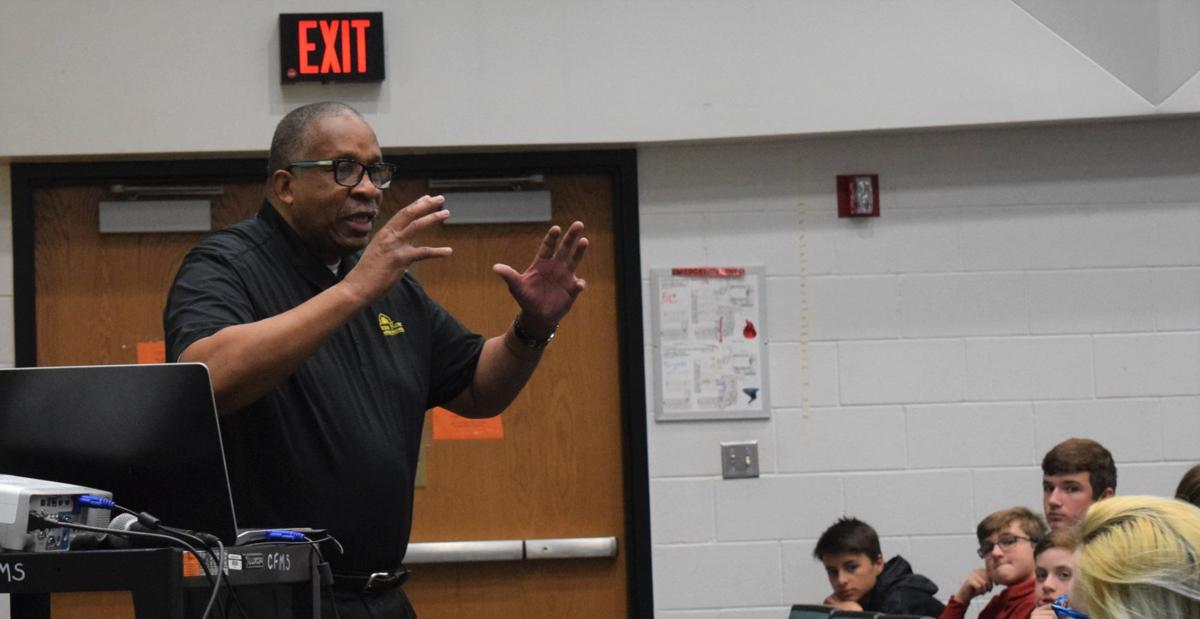 Stan Jefferson, speaking recently to Clear Fork high school and middle school students about leadership and cultural awareness, is expected to be hired Tuesday as the new superintendent for Mansfield City Schools.

More than 100 underclass leaders from Clear Fork high school and middle school listen to a presentation on leadership and cultural awareness on Wednesday. 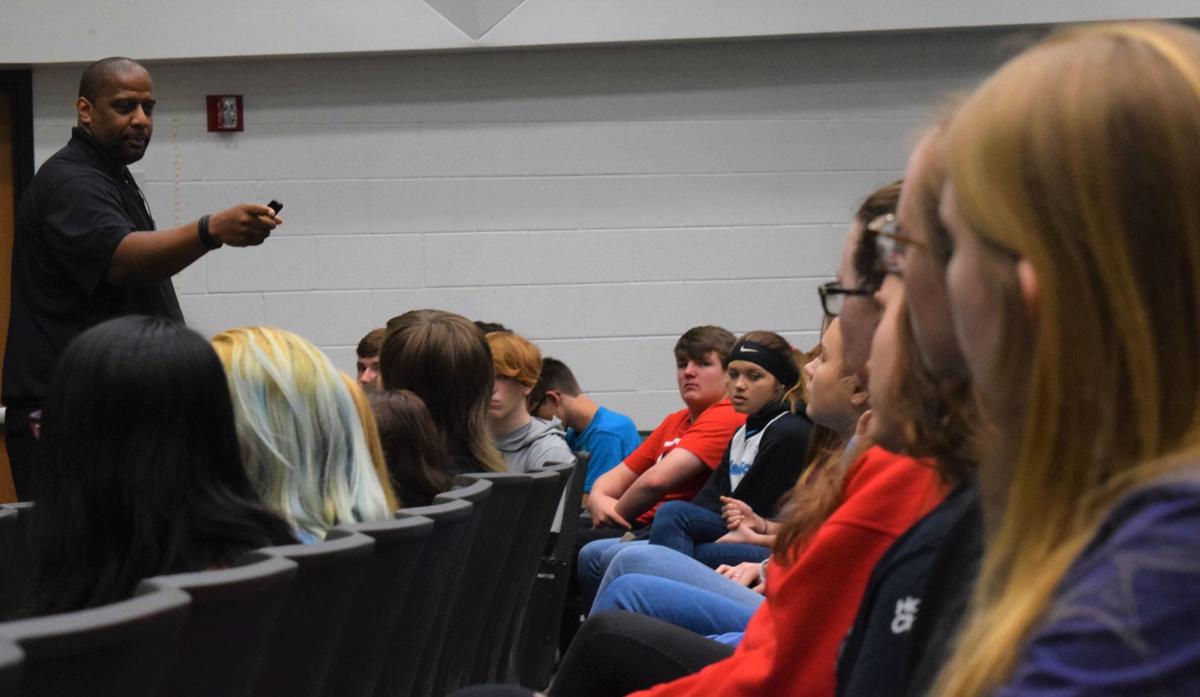 Underclass leaders from the high school and middle school participated in a two-hour presentation on leadership and cultural awareness/sensitivity, led by Stan Jefferson and Effie James with Jefferson Rowe Inc.

"They both did a great job. I loved the examples they used," Brown said.

The discussion led by the two, both former coaches at Mansfield Senior High School, was prompted by a social media post before the recent Clear Fork High School prom, a post that many considered to be racially offensive.

Though the student who posted on Facebook is not a Clear Fork student, he does live in the district and it gained statewide media attention.

Brown and other district leaders felt it was important to turn the incident into a teachable moment.

"We had talked about needing to do this before and wanting to do it," Brown said. "That (incident) actually did us a favor by making it something we couldn't ignore. We had to do it and our kids saw the importance for having this.

"We planted the seeds today with the leaders of our school. (In the fall), we are hoping to use Effie and Coach J. again to talk to staff and to help our kids, possibly with them involved, with how we take this to the next step, to the rest of the student population and how to create opportunities for those kids to learn," Brown said.

THE MESSAGE: Jefferson, who founded and is CEO of Jefferson Rowe, spent 28 years as a high school coach and administrator for Mansfield City Schools. He retired in 2017 after working with The Ohio State University football program for 13 years, launching his new company that summer.

He focused his presentation on leadership while James, who played for Jefferson at Mansfield Senior and later coached football and basketball at the school, spoke to students about cultural and ethnic issues.

When they finished, Jefferson asked the students for five more minutes and talked about the importance of collaboration, citing the success of Clear Fork athletic teams.

"(Your teams) dominate," he said. "All we got to do is the same things personally in our individual lives. (If we do) we will be tough to beat individually. At the end of the day, we are a human race of people. The only way we survive is by collaboration.

James, who covered a litany of issues, brought up the pre-prom social media post.

"We're not gonna play games here. That's part of the reason we are here. I understand that. But i want you to understand this ... there are some times that cultural ways that are not the fault of anyone," James said.

James discussed his grandparents growing up in Alabama. His grandmother worked for a white family, cleaning their house for three meals a day. His grandfather picked cotton.

"When I look at what happened (before the prom), of course it bothers me. I know it bothers you because the internet and social media often puts a light on a certain person and that person represents a whole region, which is unfair.

"Understand, culture is dictated to you. But it's your responsibility to grow your culture and be culturally sensitive," James said.

THE AUDIENCE: Participants selected for the session from the high school and junior high buildings came from a pool of class officers, academic leaders, athletic team captains and other leadership roles.

"The students were told it would be leadership training, that we would be going over good leadership (traits) and how to be role models. I thought it went very well. They were amazing presenters," Klaus said.

Brown and Klaus said they will meet with participants to discuss the session and how best to proceed going forward.

"We will start with that and follow-up (when school resumes in the fall,)" Klaus said.

James said the students were a receptive audience.

"I thought they were very engaged," he said. "When you are speaking with high school kids, sometimes they can lose interest and be distracted. I really felt they they were really seeking to get something from today.

"That was the impression I got from the very beginning. Even when they walked in, they seemed excited to be here. Nobody felt pushed or forced to be here. They were really engaged. they had a really good attitude coming in," James said.

James acknowledged such presentations can be difficult.

"But it's like I tried to get across to the kids ... the difference between giving a great message or meeting a great friend is getting past that little bit of weirdness and being uncomfortable.

"Even though it was uncomfortable for Stan and I to come to Bellville or come to Clear Fork (for the presentation), we knew, and I think the administration knew, that it was necessary. We feel like we created and we have a message that can help this school and this community.

"So it may have been weird for us at the beginning, but I felt that because it was necessary, we were willing to take that little bit of weirdness and hopefully give them something they can take with them," James said.

Jefferson expected to be next Mansfield City Schools superintendent

Stan Jefferson is expected to become the next superintendent of Mansfield City Schools when the board of education makes its decision Tuesday, according to a source close to the selection committee.