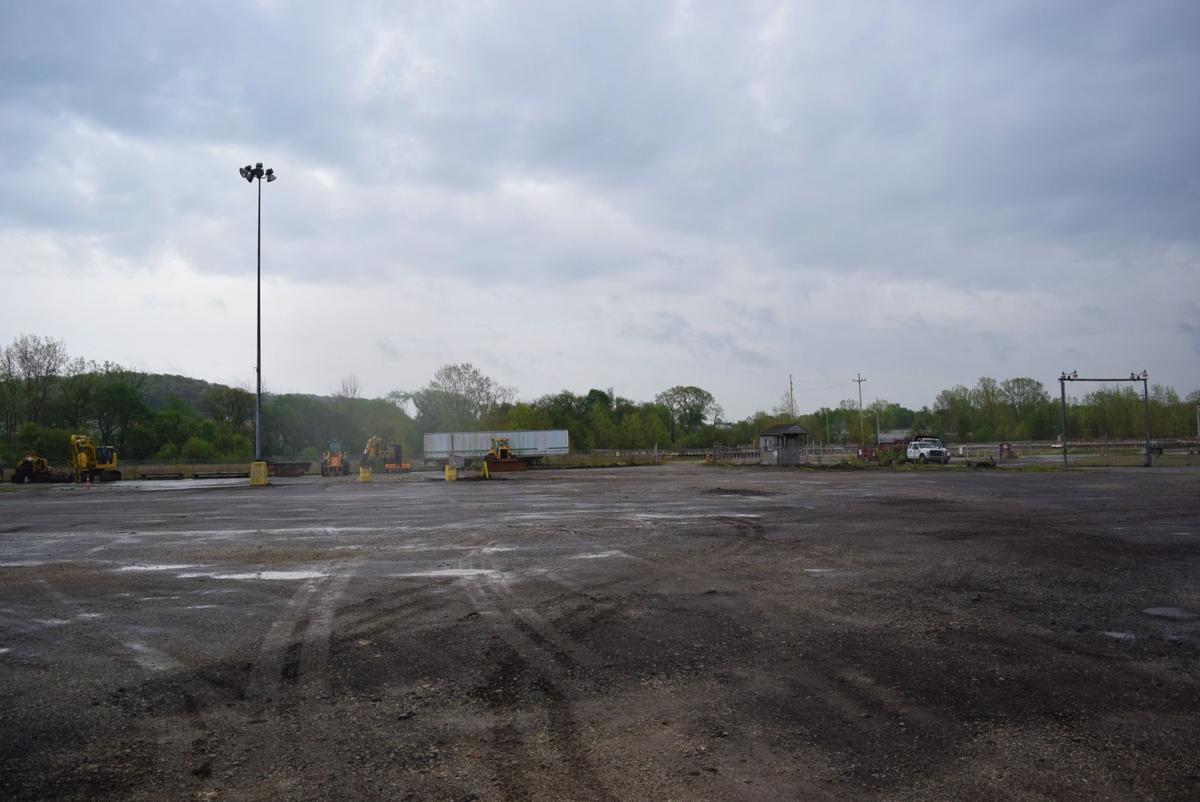 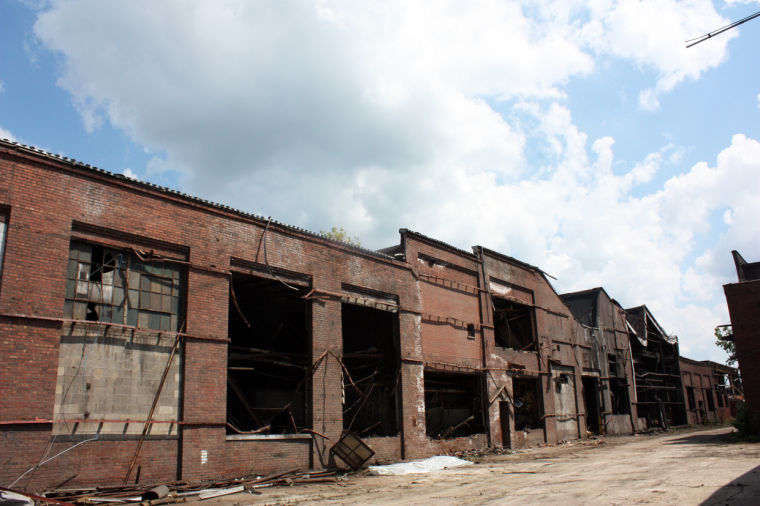 The old Mansfield Foundry building at 500 N. Main St. used to employ 500 to 700 people. The building was demolished 2014. The site has cleaned up and is now being purchased by an excavation company from Holland, Mich.. (Richland Source file photo)

Council is expected to act on the sale of 18.29 acres from the site for $130,000 to Chris Dirt Excavating, LLC, with operations in Mansfield and Holland, Mich.

The city has owned the property since 2003 and was able to tear down the old structure and clean up the site in 2014.

Council will again meet in "virtual" session during the COVID-19 pandemic. The public can view it live-streamed on the city's Facebook page.

Mansfield Economic Director Tim Bowersock said remediating the former "brownfield" site came at a cost of just under $7.5 million, funds for which came from an environmental insurance policy and various Ohio EPA grants.

"The city actually has very little money in the project," Bowersock said.

Bowersock said the excavation company will employ four to five people and will likely grow to 15 or 16 in the next few years.

Another small section (0.369 acres) at the site is scheduled to be sold Tuesday to Wayne Sanchez, owner of Ohio Machine Tool, a used industrial equipment dealer, according to Bowersock.

The economic development director said Sanchez purchased part of the property after the city acquired it in 2003 and Tuesday's purchase will complete the transaction. 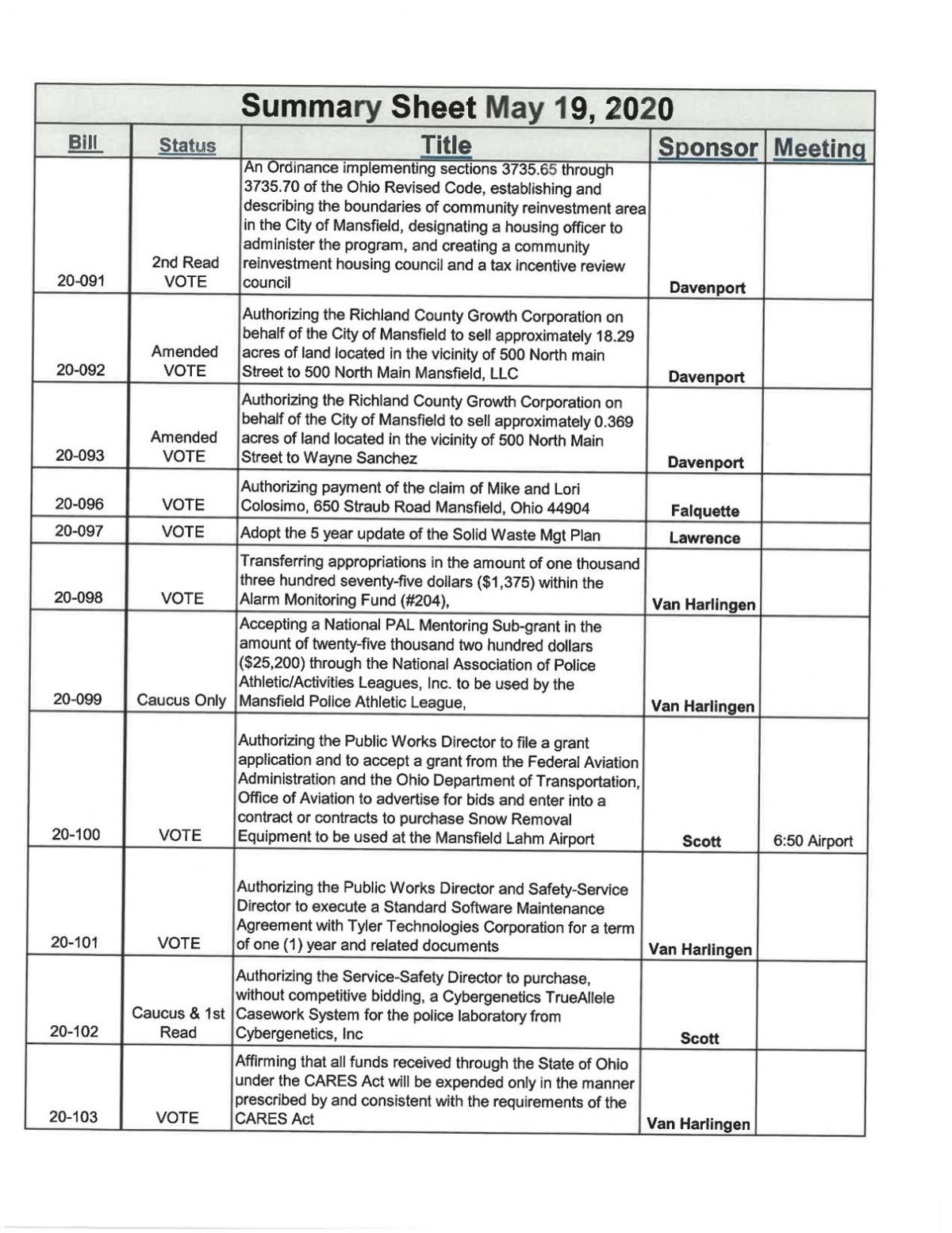 In other business Tuesday, council is expected to:

-- vote on the creation of a city-wide community reinvestment area, aimed at spurring economic development through tax incentives. Council discussed the issue during its May 5 meeting.

-- vote to pay a $939.12 damage claim for Mike and Lori Colosimo for an incident involving the city's safety forces in March 2019.

-- vote to transfer $1,375 within the alarm monitoring fund.

-- vote to authorize the public works director to file a grant application and accept a grant from the Federal Aviation Administration and the Ohio Dept. of Transportation. The funds will be used to advertise for bids and enter into a contract for snow removal at Mansfield Lahm Regional Airport.

-- vote to authorize the city to enter into a one-year software maintenance contract with Tyler Technologies Corp. in the amount of $74,086.95.

-- vote on an ordinance that allows the city administration to utilize all funds received from the state through the federal CARES Act in a manner consistent with the requirements of the COVID-19 relief package.

Mansfield City Council on Tuesday approved the new five-year plan for the Richland County Solid Waste District, which could include a litter control enforcement officer.