OK
You are the owner of this article.
Edit Article Add New Article
You have permission to edit this article.
Edit
Home
About Us
Advertise
Be a Member
Events
Explore Sections ⬇
Homecoming
Jobs
News
Newsletters
Obits
Podcasts
Regional News
School Closings
Senior Spotlights
Sports
Solutions
Weather News
Share This
1 of 7 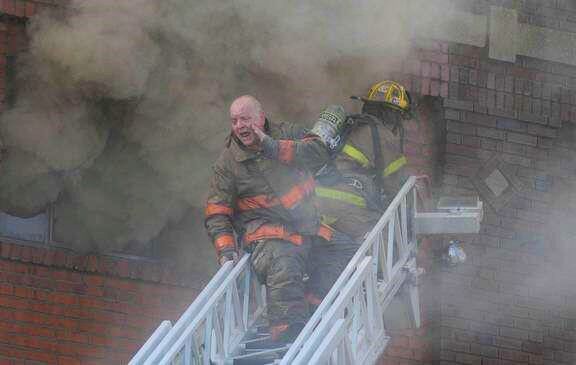 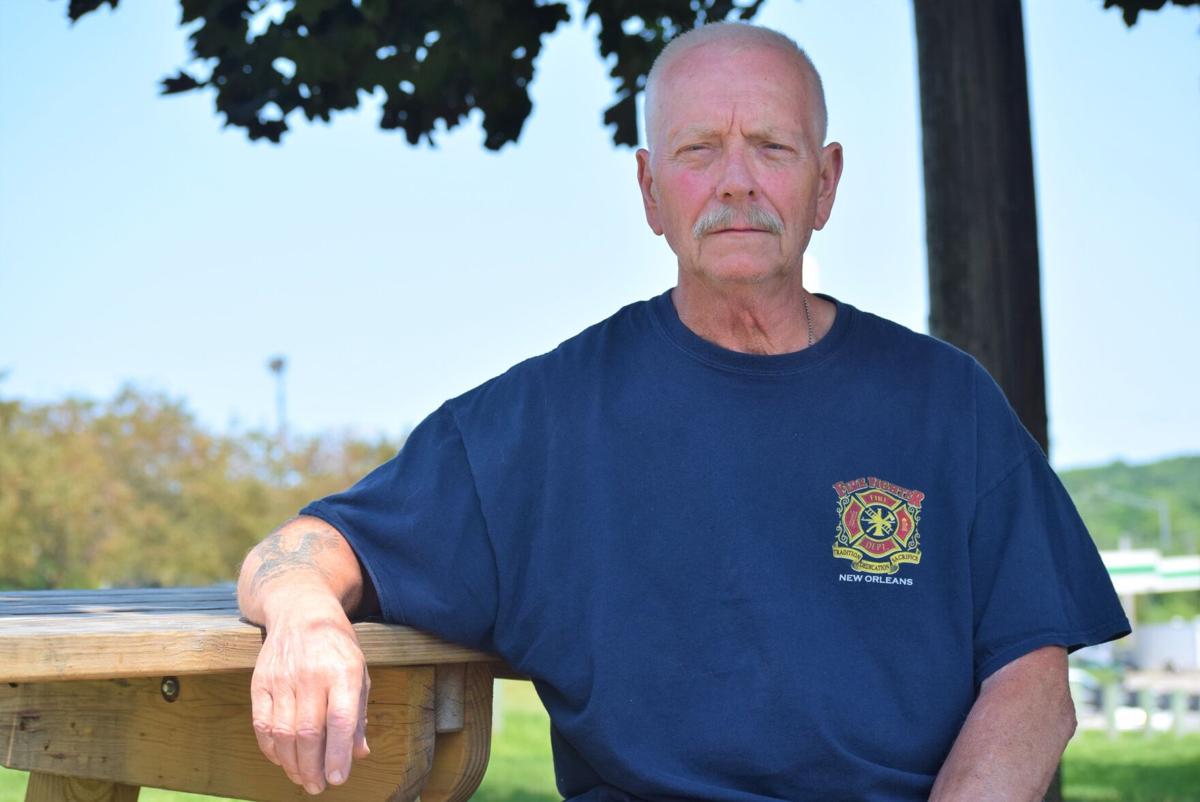 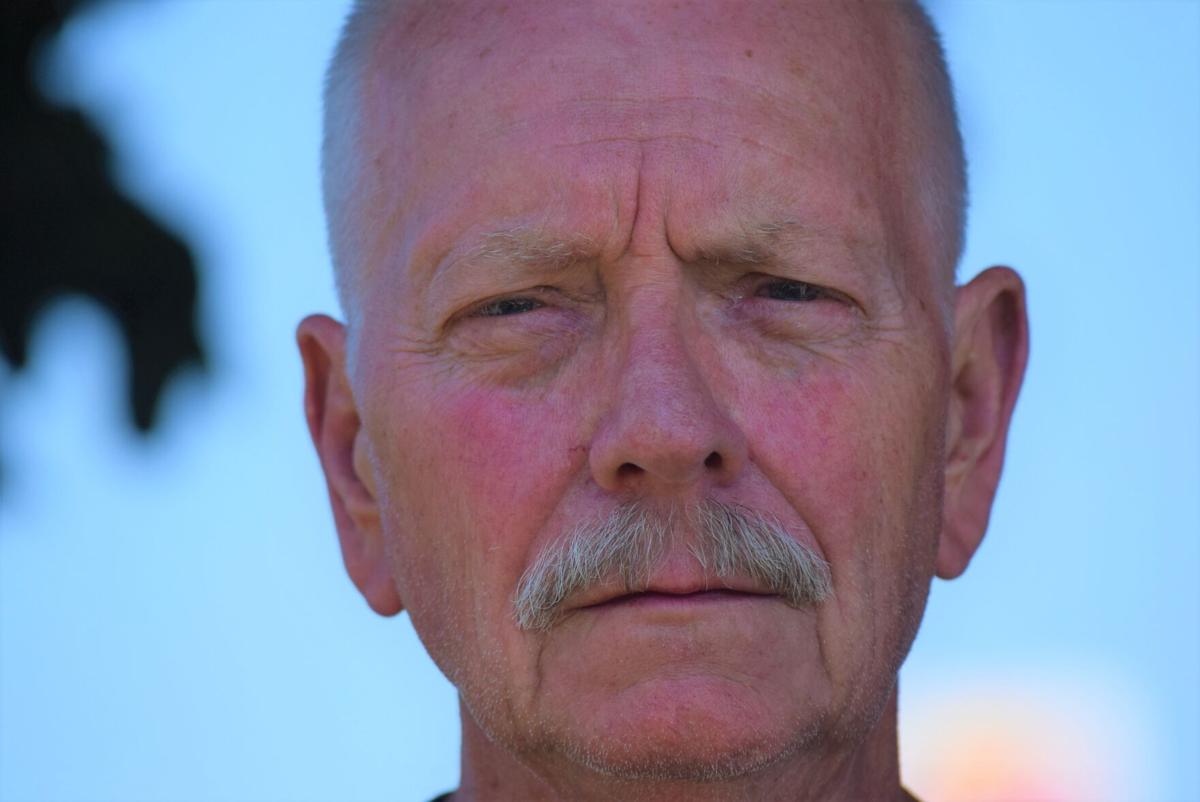 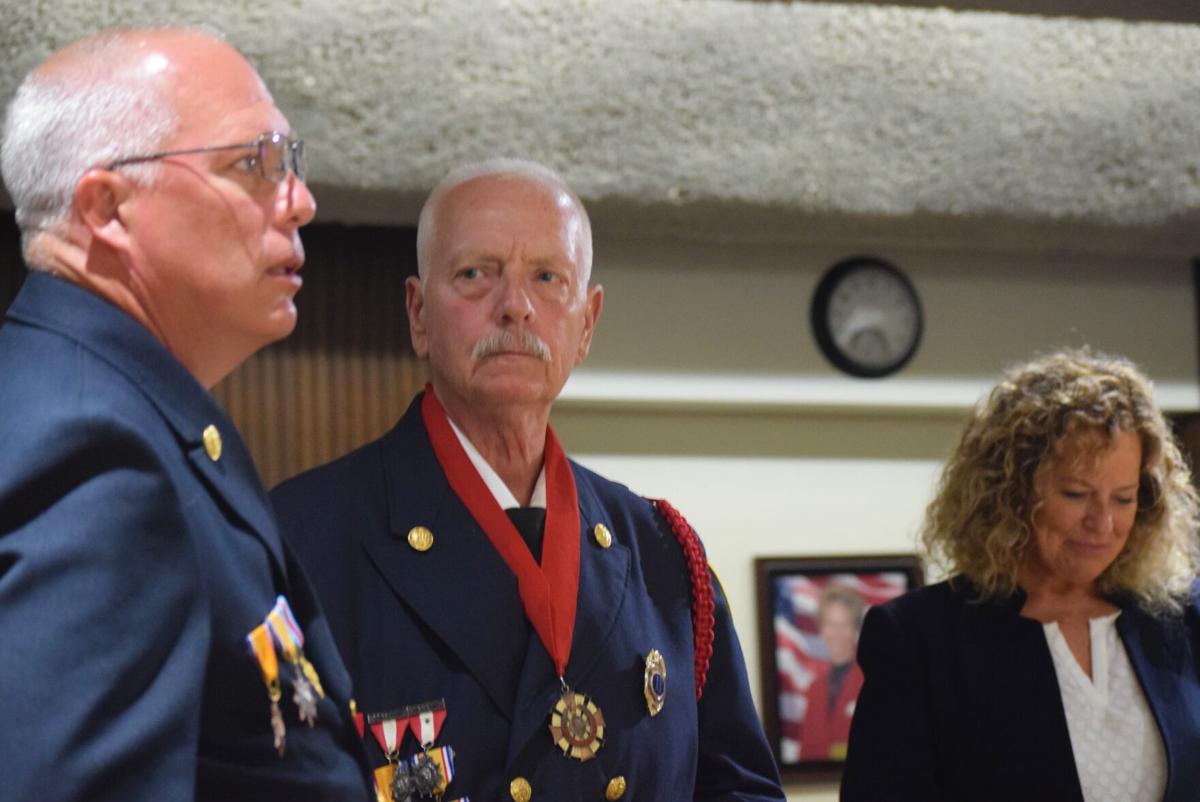 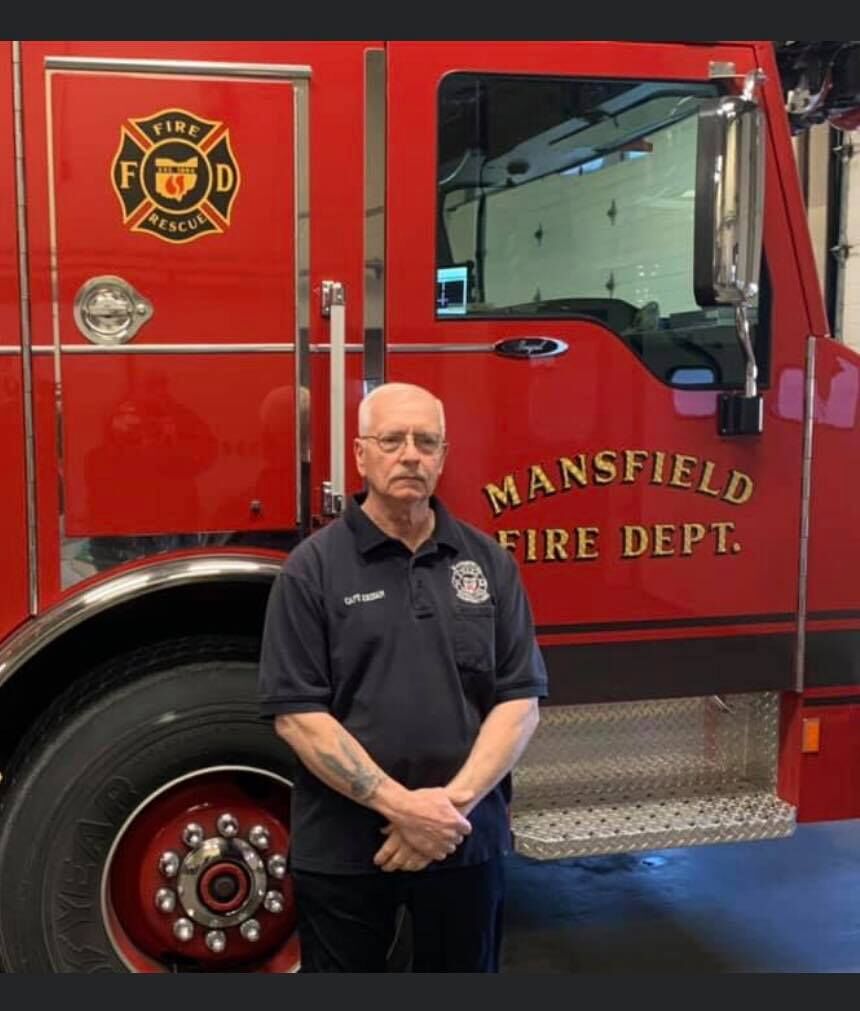 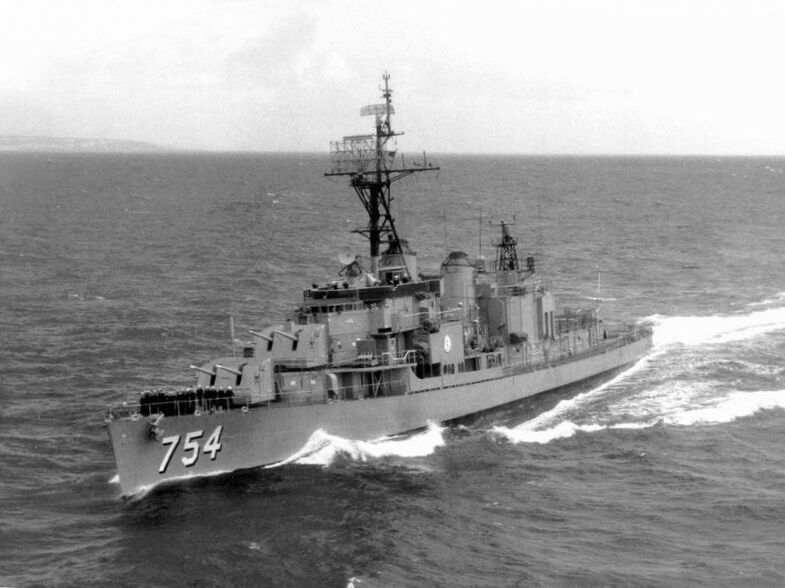 MANSFIELD -- Dan Krizan saw too much death at a young age. He has spent the rest of his life trying to save it.

Although the 71-year-old just retired from the Mansfield Fire Department after 44 years of running into burning buildings, it's clear Krizan really isn't ready to stop.

In fact, leaving the firehouse for the last time on June 20, the 1968 Mansfield Senior High School graduate experienced his only career regret.

"If I had to sum it, I would say I shouldn't have retired," Krizan said with a wry smile.

Looking back across four-plus decades, Krizan was born to save lives, a career that may have been sparked by the worst disaster he ever experienced.

Krizan joined the U.S. Navy in 1968 after graduating from high school. He didn't see joining the family business as an option.

The Vietnam War was in full swing. Krizan was a young gunner's mate aboard the USS Frank E. Evans (DD-274) a destroyer operating in a 40-ship multinational training exercise in the South China Sea between Vietnam and Spratly Island, more than 8,500 miles away from north central Ohio.

Around 3 a.m. on June 3, 1969, the destroyer collided with the HMAS Melbourne, a Royal Australian Navy light aircraft carrier. The Evans sailed under the Melbourne's bow, where she was cut in two.

The destroyer's bow drifted off to the port side of Melbourne and sank in less than five minutes, taking 73 of her crew with it. One body was recovered from the water, making a total of 74 dead, more than a quarter of the ship's 272-man crew.

The disaster is a haunting memory -- and a driving force -- that lives in Krizan today.

"Ever since the military, I never thought I had done enough. I would do anything I could to make up for that. When the ship sank and you're a young man and you're completely out of your element ...  I should have done more ... but I don't know what the hell I would have done," Krizan said.

"I stay in touch with my shipmates to this day."

Krizan got out of the Navy later that year and returned to Mansfield where he "bummed around for about nine years, doing a bunch of jobs."

'I was born to be inside a burning building'

He decided to the sign onto the family business and joined the MFD in 1977 at a time his uncle, Richard, was an assistant chief. He earned his Class 1 firefighter status after about 230 hours of training over the next several weeks.

Though he also earned basic EMT status, Krizan knew his role. He was a smoke eater.

"I would go on all the medical runs and help, but my heart and soul is firefighting," he said.

Along with his firefighting brothers and sisters, he ran into many burning buildings while others were running out, becoming a captain in 1983.

He suffered the normal range of firefighter injuries, "some first-, second- and third-degree burns."

One of the worst came during a house fire when he was climbing stairs and was near the top when the floor burned though, dropping him all the way to the basement. He was the fourth of four firefighters heading up the steps.

"I hit so hard that I don't remember hitting," he said. "When I woke up, I couldn't figure out what the hell was going on, but there was nobody there.

"So I just basically got myself out and went outside and walked around front. They guys who went upstairs, the room they went into flashed over. I helped another guy put that fire out because they were trapped. They couldn't come back down the steps because there was a big hole in that," Krizan said.

"A week or two later, I went to the doctor and told him I was having problems. That's when he told me I had a broken neck."

A recent fire was his closest brush with death. He and three other firefighters were inside an old Victorian-style home.

"It's hot and it's getting hotter. I can stand the heat, but this is getting hot. I said, 'I think there is fire above us.' A guy found a paint roller and I told him to stick that up in the ceiling and let's see what's going on.

"He poked it and the whole room ... they got a picture of the outside roof just exploding in a ball of flames. I am looking at it through my face piece. All I can see is I am involved in these flames ... I said, 'This is when I think firemen die,' " Krizan said.

"One of the guys with me had an inch-and-a-half line and they kept flowing water until we got it knocked down. That was the closest I had gotten (to dying)."

Krizan said he never wanted to rise above captain, which would have curtailed his responsibilities inside burning buildings.

"As a captain, you run the station, direct your crew. You do the things that need to be done. But my expertise was, I was in command inside the (burning) structure.

He spent his career doing just that, responding with lights and sirens to "tens of thousands" of calls, exalting in saving lives and mourning when he and his crew failed at that life-and-death task.

"It's a feeling of elation. It's a harsh thing to say, but you kind of get calloused over the years. If you do anything, you reflect back on the ones you weren't able to save," Krizan said.

One successful rescue earned the captain the State of Ohio Medal of Valor in 1991. It was a house fire on West Fifth Street.

"There were people trapped in the upstairs. We got everybody off the roof and someone said there is a girl inside. This black smoke was just bellowing out. Fire runs toward oxygen and I know it's gonna come that way," Krizan said.

"I looked around and there was nobody else. So I crawled into that room and I searched and I can't find her. I tried to go into the other room and it's on fire and I can't go in there.

"So I went back into the first room and I just laid on the floor and said 'What in the hell am I gonna do now?' She let out a little death squeal and I found her behind a chair and was able to get her out," Krizan said.

He also clearly recalled a nighttime house fire in June 2019 when he and a rookie firefighter were unable to save a child upstairs on South Foster Street.

"When we got inside the house, the living room was on fire, but really it was the upstairs that was on fire. We got to the top of the stairs to try to find her ... there was so much fire. It was floor to ceiling upstairs.

"I told my young man, 'We gotta go. If she is here, she can't be alive.' And he hesitated. I said, 'We gotta go NOW!' Before we could get out of the house, the downstairs flashed over and we had to crawl through a sea of flames to get out," Krizan said.

"He left me to do some outside work and he told me later, 'If I had been in there with anyone else but you, I think would have died.' For somebody to put that much faith in you...." Krizan said, his voice cracking with emotion.

The MFD was recently honored for its work by the Ohio Senate, primarily for saving the lives of five residents, two of them children, in an early-morning structure fire on Arthur Street.

Krizan's crew was responding to the all-hands call from Station 6 on Springmill Street and the fire was knocked down by the time they arrived.

"I went to the back and they were pulling a woman from one of the back rooms. I helped do that. They got her outside. I went back into that room and, my God, there was another woman in there. I called for help and they helped me get her out of there," he said.

Amazingly, all five people inside the house survived the fire.

Krizan was honored Tuesday night during a Mansfield City Council meeting, accepting his honor while wearing a uniform full of medals.

As he left the firehouse for the last time, Krizan carried with him one everlasting memory -- gratitude to the more than 200 firefighters with whom he worked over the past 44 years.

"No matter what I did, no matter how bad the conditions were, I know my brothers and my sisters were always there for me," he said.

He honestly doesn't know what he will be doing in retirement.

One thing he will do is spend more time with family, including his wife, Linda.

"She is the one who has always bandaged all my wounds. Put big band-aids on my ego when I needed them. I don't think I could have done it without her," he said.

He will also have more time for his adult children, Dan III and Nikki Gearhart, who is a Mansfield police officer, as well as his granddaughter, Morgen, a graduate student at Miami University.

After 44 years, does Krizan think he lived up to the family's firefighting name?

"My uncle was hard on me," he said with a chuckle. "He was real hard on me. Nobody could ever say there was any favoritism there. When I saved that little child and got into the Hall of Fame, he said, 'Well, that could have been anybody. That's nothing special.'

"It kind of shot a little arrow in my heart. But you know, it just makes you tougher.

"I would hope they would be proud of me."