MANSFIELD -- A summer afternoon car stop led to an important continued conversation Tuesday evening on how to break down any barriers between law enforcement and the local community.

Leaders of the Mansfield Police Department participated in a "Community Conversation: Breaking Community and Law Enforcement Barriers" at the North Lake Park pavilion. 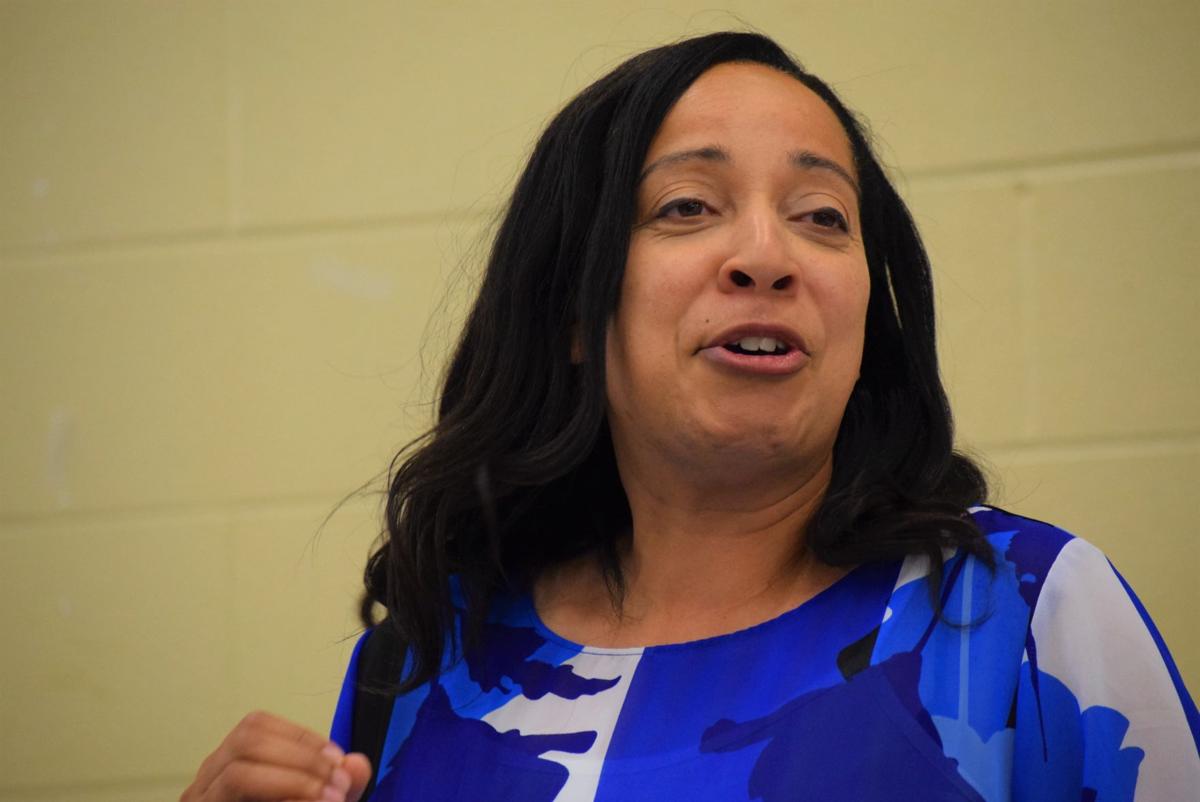 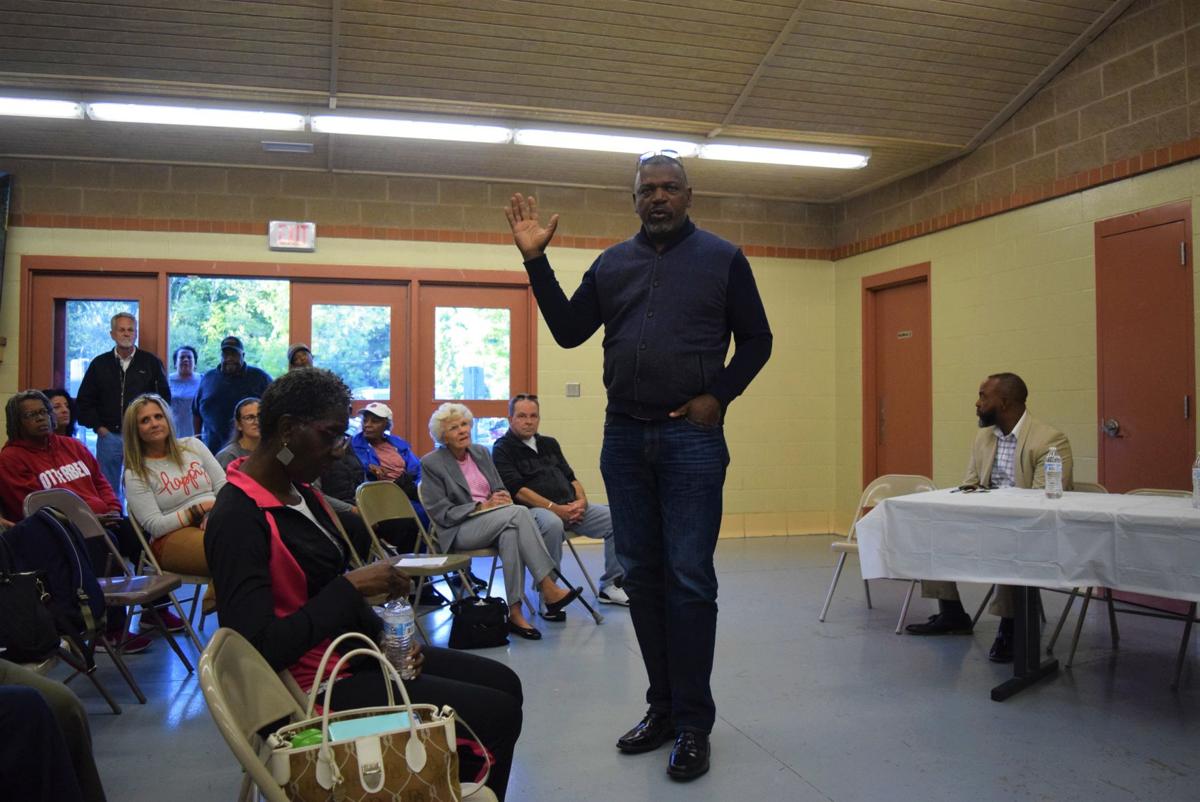 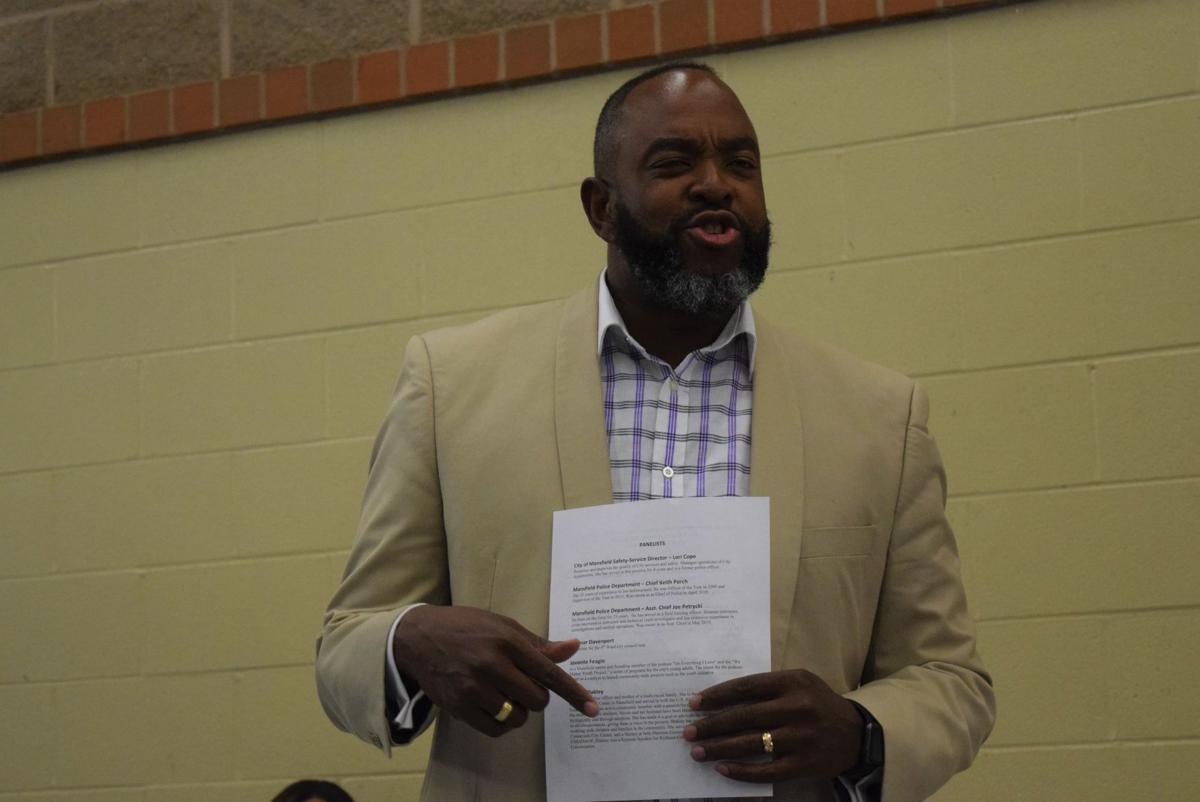 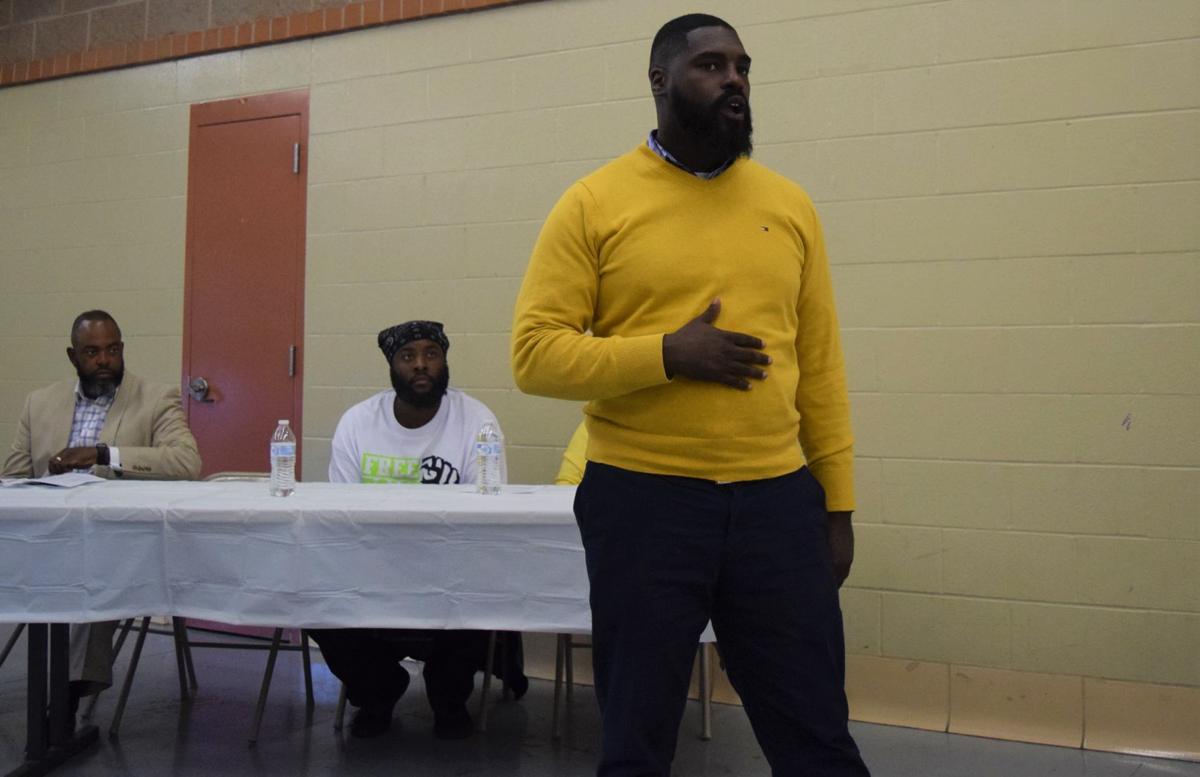 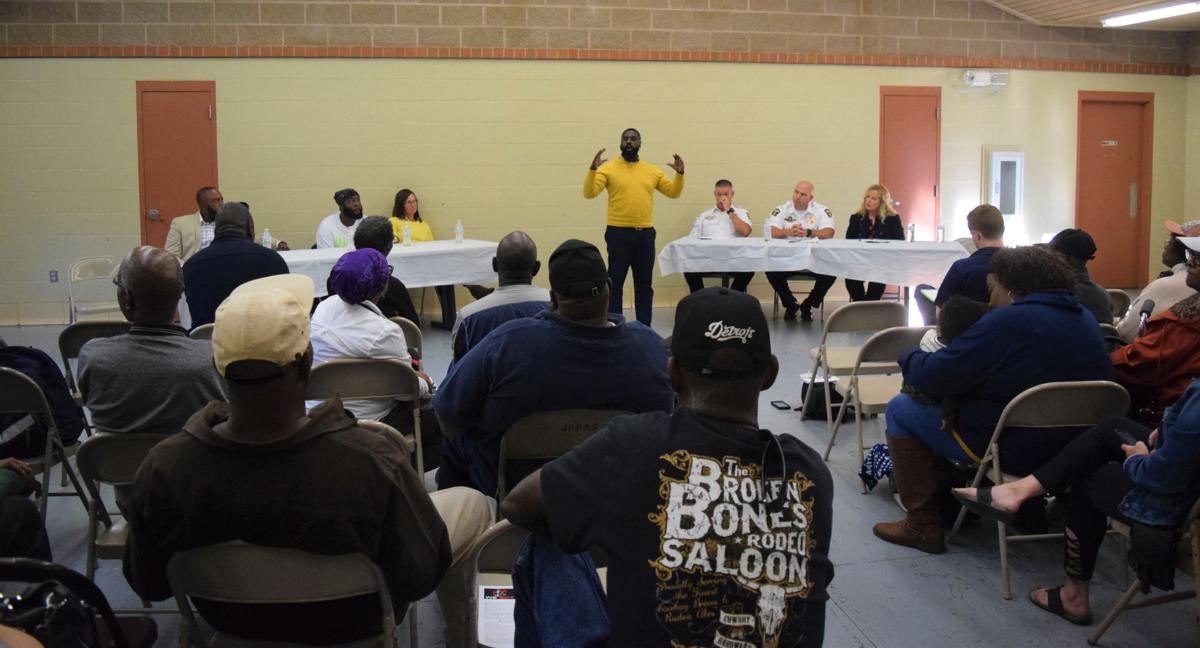 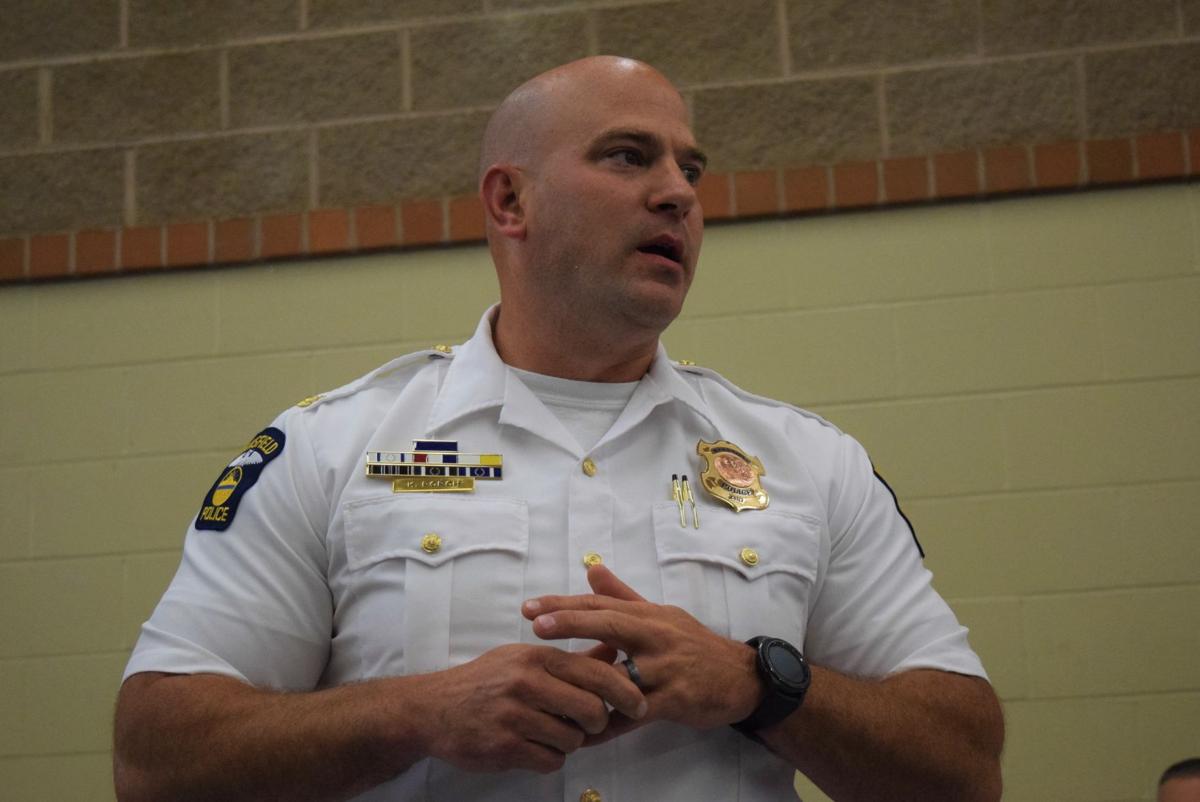 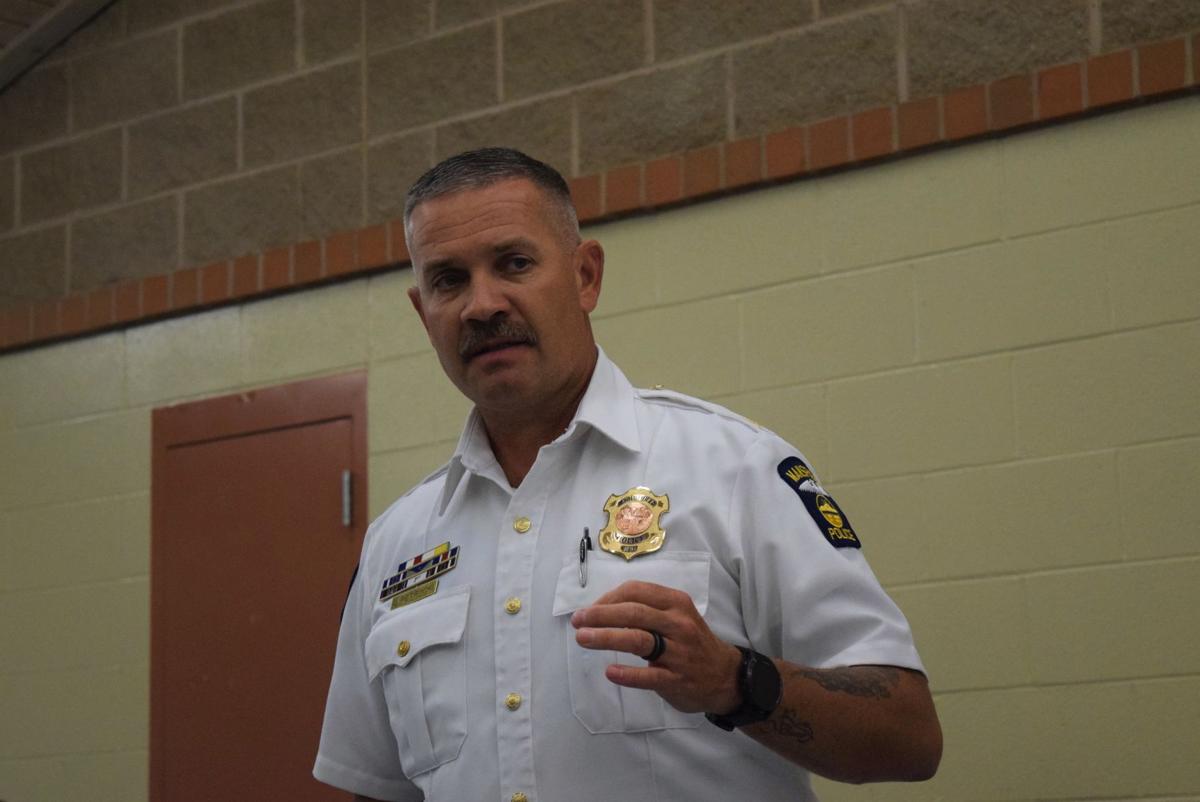 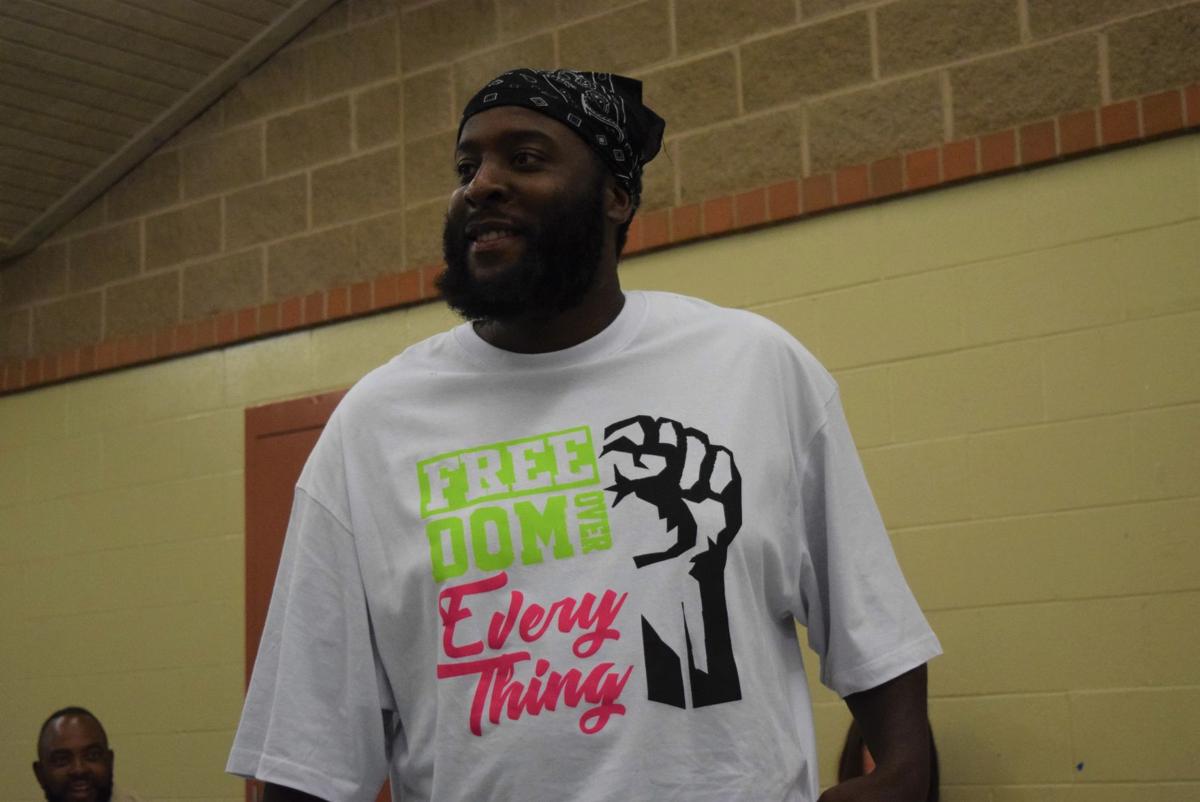 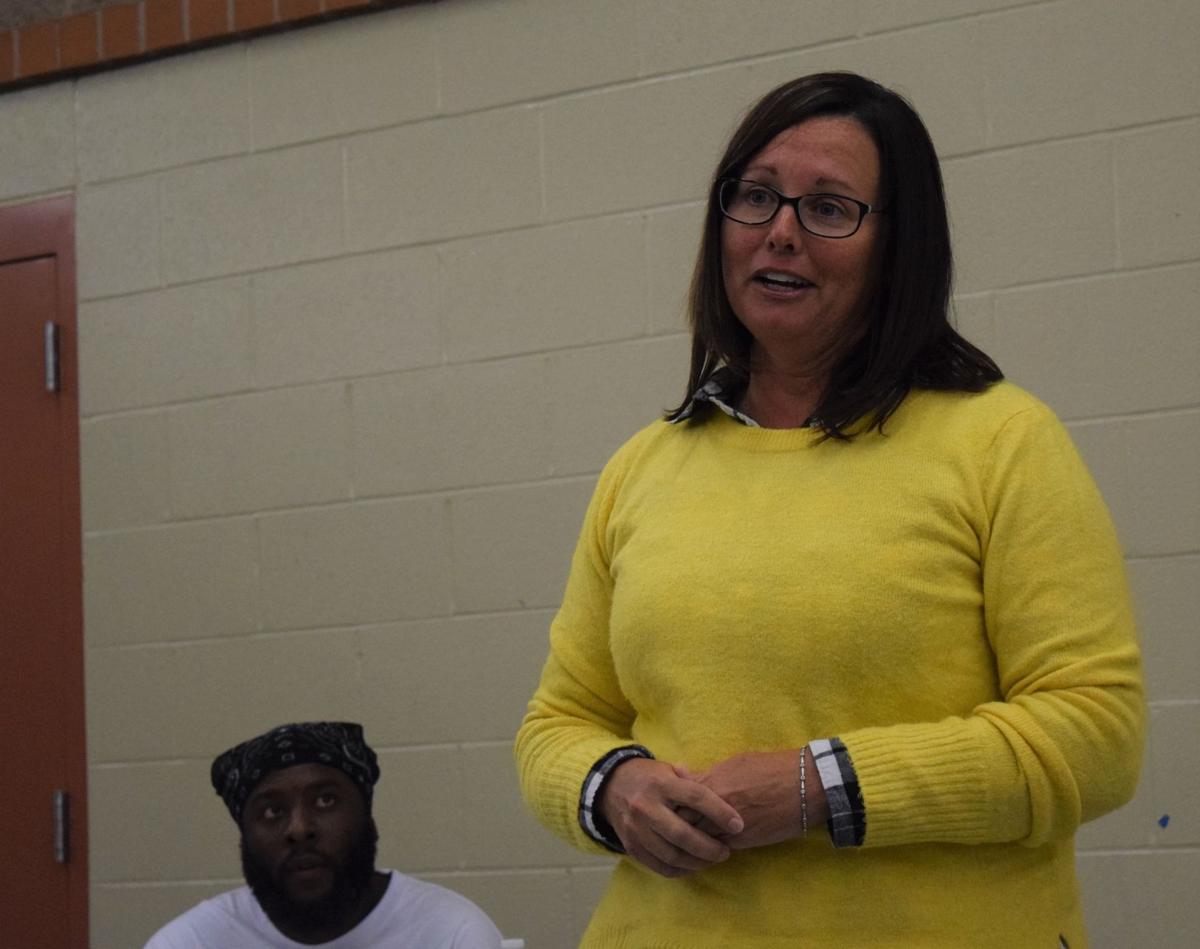 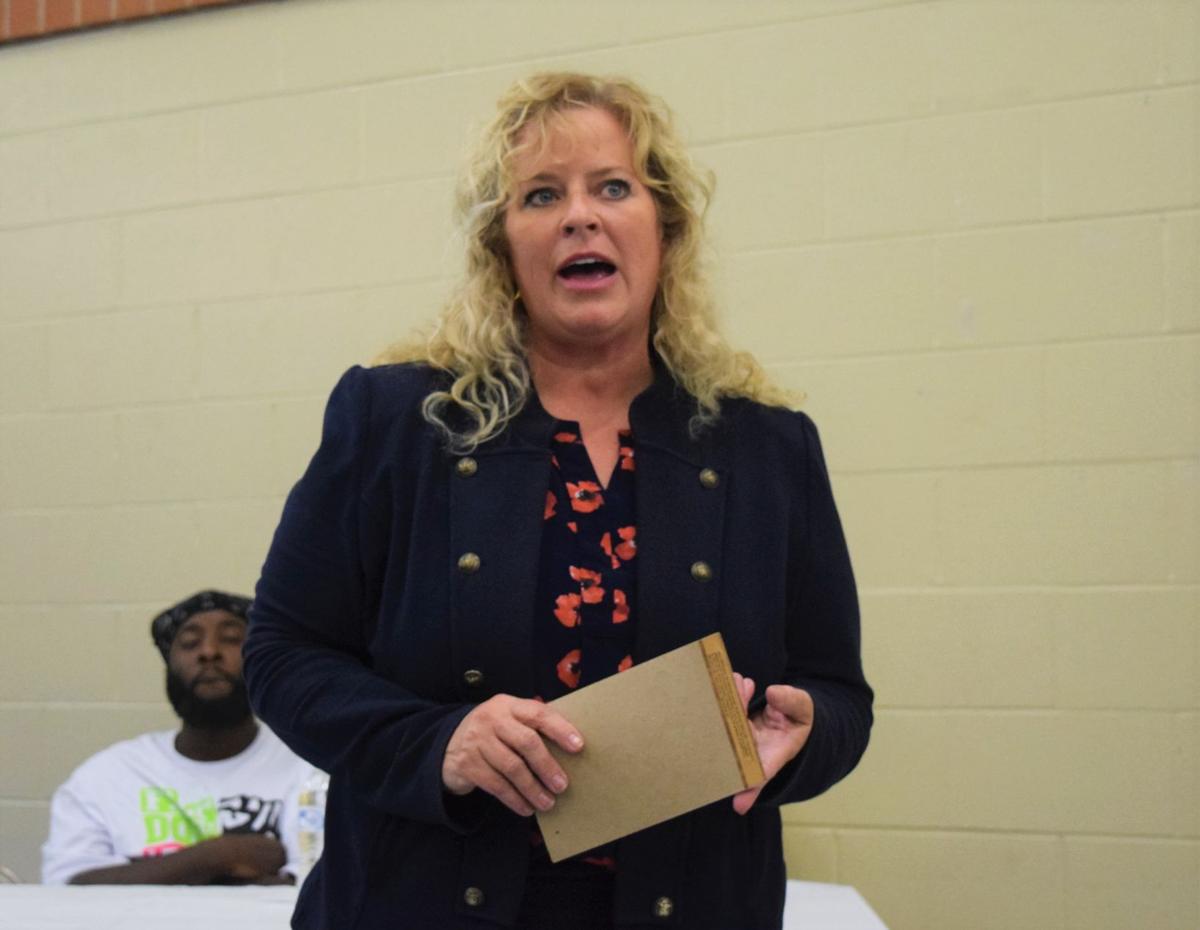 Sponsored by the community group WE ACT, it's the second community meeting on the topic since Mansfield City Council 4th Ward candidate Alomar Davenport was stopped on Aug. 15 by police, a stop that resulted in two officers pulling their guns.

Davenport, who has not been critical of the department regarding the car stop, said the community meetings were an opportunity for the police and community to come together and discuss critical issues.

"Uncomfortable (conversations) are the beginning of change," he said, adding he was hoping the police department could offer insights into how motorists should behave during a traffic stop.

He also said citizens must require city leaders to provide the police department with all the tools it needs to be successful.

Law enforcement could not participate in the first meeting on Aug. 26 since the traffic infraction for which Davenport was cited had not yet been settled in court.

CHIEF'S VIEW: Porch, who took over as chief in April, said he grew up in Mansfield, graduating from Mansfield Senior High School in 1993, immediately launching a law enforcement career with the Richland County Sheriff's Department.

He pointed out the MPD is among only 5 percent of departments in the country to earn national accreditation, a certification that requires the department meet 289 national standards as rated by assessors from outside the department.

"Even if I was not a police officer or the police chief, I would be very proud of the Mansfield Police Department," said Porch, who joined the MPD in 1999.

"When I took over as chief, I told the division everybody is grown, everybody is an adult in this room, everybody knows right and wrong, everybody knows the policies and procedures of this department. If you decide to step left when you should have stepped right on that policy, know that I am coming for you," Porch said.

He said office discipline could range from oral reprimand to written reprimand to suspension to termination or even criminal charges.

"I do not want officers employed on the department that are committing crimes. That's just not going to happen. You get caught, we will do what we have to do. I guarantee and I promise you that," the chief said.

Porch said 90 percent of the complaints he receives from the community are about alleged rude behavior by officers. He said each complaint is investigated.

Porch said he has made about 30,000 traffic stops in his career and explained a police officer's apprehension during a car stop.

"When officers are approaching the car, of course they are thinking the worst thing (that could happen) ... it could be the last car they stop ... (that) they could be killed

He recommended drivers keep their hands visible and turn the interior light on if it's dark outside. He said no one, including him, wants a $150 traffic ticket.

"(But) when you want to debate, be respectful. Your voice should be heard in court, not on the side of the road. ... If officers are misbehaving or rude, let that go, immediately ask for a supervisor. Everyone of my officers know once a supervisor is requested, they are getting one there.

"Inform that supervisor you want to file a complaint. Those things are not ignored. We spend a lot of time making sure those are done correctly, A to Z," the chief said.

Cope, a former Mansfield police officer, also offered advice on how citizens should react during a car stop.

She suggested motorists pull over to a safe spot, turn the engine off, put their window down and keep their hands on the steering wheel until the officer directs them otherwise.

"The safer you make them feel, the better and smoother that car stop will go," she said.

BUDGET RESTRICTIONS:  Porch acknowledged there was a need for additional community policing efforts, especially in the neighborhood areas. He said the department once had 15 officers assigned to community policing, which has been reduced to two due to budget restrictions and manpower.

The chief also acknowledged the need for additional minority recruitment assistance in the police department. He said the MPD has four black officers among its 77 officers, roughly about 5 percent. The city of Mansfield has a black population of about 19 percent.

"I want the police department to be reflective of the community we serve," he said, adding the city has difficulty recruiting against larger communities that offer sign-on bonuses and higher salaries.

During the car stop in August, officers pulled their guns, though never raised them, when they mistook a silver pen in the console of Davenport's vehicle for the slide of a handgun.

Petrycki, a 23-year veteran of the MPD, said the two officers involved in their Davenport car stop followed their training.

"We carry guns for protection. Sometimes we have to pull those guns out. ... when you see an officer who has his weapon out, there may be a multitude of reasons why.

"In this instance, this showed their training. They didn't put the guns to the window. They didn't threaten him with the guns. They just had the guns out, ready.

"When we talk about car stops, compliance is key. When we have compliance, everything is usually OK," the assistant chief said.

Petrycki said the MPD is hopeful of obtaining a simulator, which would offer officers 1,000 different "real-world scenarios" that would be used in training sessions.

Feagin said growing up as a young black man that that his initial mindset was not to call the police or interact with law enforcement.

"I internalized the the ideology of a criminal without committing a crime," he said, citing messages from music and movies.

"The police don't have a hard job. They have an impossible job ... that's to stop crime. It's not their job to fix criminals. That's our job," Feagin said.

"I created the victim mentality and it held me back ... not just with the police, but with a lot of factions in the community.

"You have the right to be free here. My people just as much as anyone have died for that. But that requires responsibility and that's something that is missing. That requires a change in a mindset. If I have nothing to hide, why can't I talk to them? Why cant I hang out with them?" Feagin said.

"I want to extend a hand, extend a greeting. I love where I am from, I love how we look, I love how we dance, i love everything about it. But that doesn't mean I don't love you guys. Thats not what that means," he said, walking over and shaking hands with Cope, Porch and Petrycki.

Blakley said she had to come to grips with the reality that "brown children" may deal with a different reality than white children when interacting with law enforcement officers.

"Our eyes were opened to this talk that needed to happen with our brown children. With our white children, we told them to go out, act the way you were raised and don't give me a reason to give you a whuppin' when you get home," Blakley said.

She said the conversation had to be different with her adopted children.

"I watch the news and I see things happening and I see mamas burying their children because they are brown," Blakley said, adding she believes 99.9 percent of law enforcement officers are good people.

"As a mother that has brown children, I have to prepare my children in the same way I tell them to look both ways before you cross the street, don't stick your finger in a light socket, don't take candy from strangers.

"I have to prepare my children to be able to deal with law enforcement that might not be good. That could be the difference between my child being alive and not being alive.

She said she tells them not to make sudden movements, to make eye contact with officers, but not too much eye contact. She tells them to be respectful, but don't talk too much.

At the end of the meeting, Davenport said police are part of the community.

"There is no community without police. We have to do things to bring us all together in order to create a better community. This meeting will be a springboard for a continuing conversation," he said.

MANSFIELD -- Alomar Davenport said he wants to use his recent car stop by Mansfield police, which included two officers pulling their guns, to…