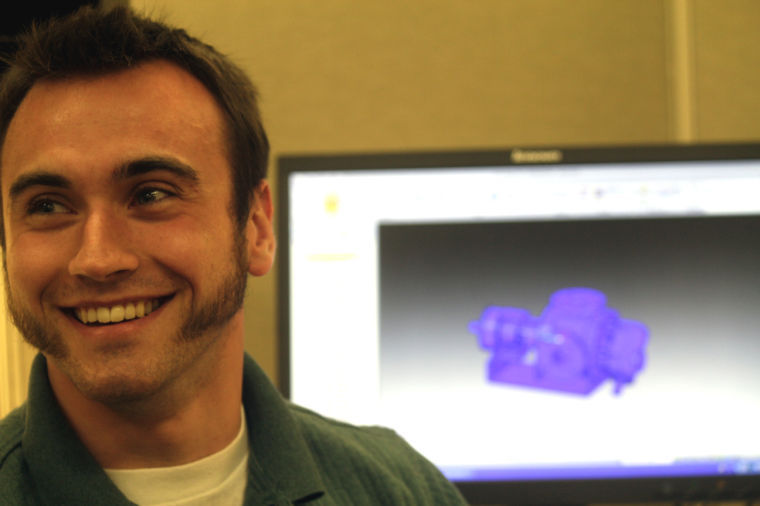 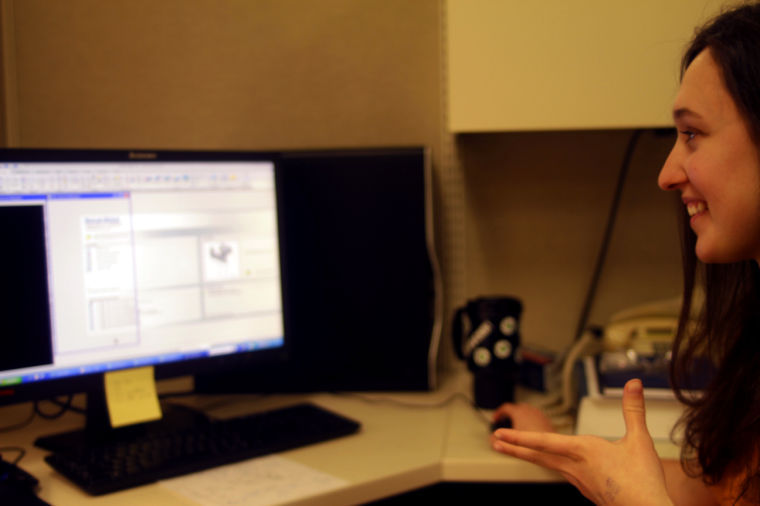 Valerie Yoder explains how she uses software to work with pumps in the pre-production phase. 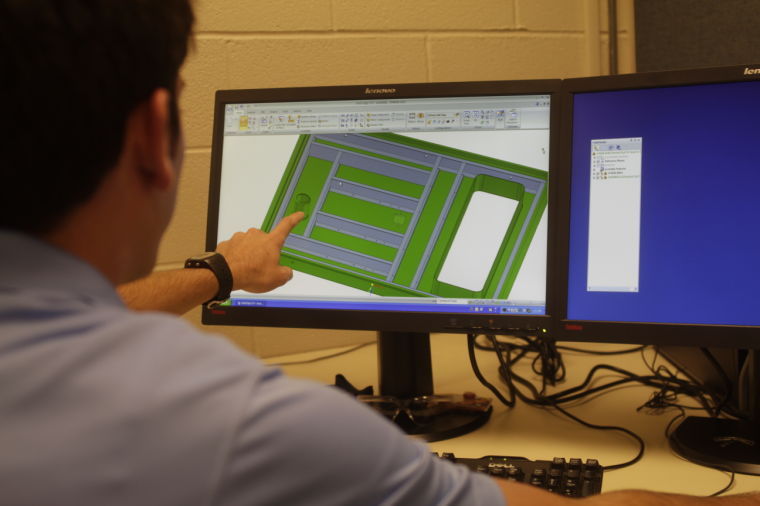 Lasusa works in a 3D program during his internship. 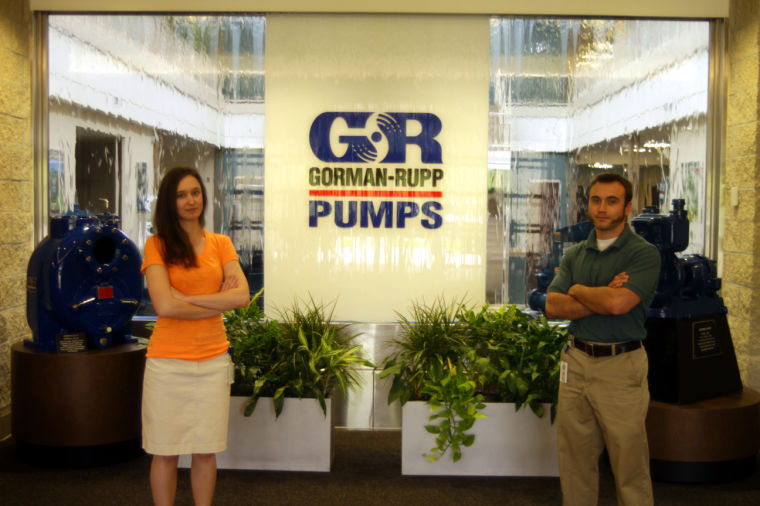 Yoder and Boone stand in the lobby at Gorman Rupp. 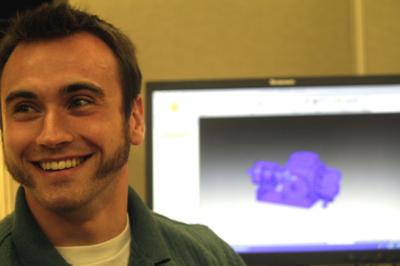 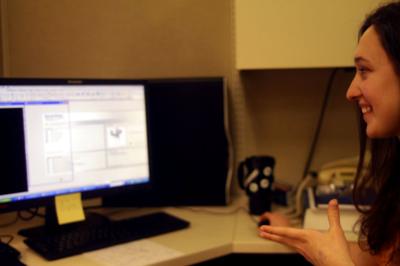 Valerie Yoder explains how she uses software to work with pumps in the pre-production phase.

Lasusa works in a 3D program during his internship.

Yoder and Boone stand in the lobby at Gorman Rupp.

Three college interns from The Ohio State University are currently filling engineering positions at Gorman-Rupp Pump Co. The positions provide career experience for the interns and community outreach and development for Gorman Rupp.

“I worked up a lot of nerve,” John Boone said regarding his internship at Gorman-Rupp Pumps. Valerie Yoder and Tyler Lasusa are interns at the pump company as well, and positions with 3D modeling programs, all three interns this year have at least one thing in common. Each one took the initiative to contact Gorman-Rupp outside of their school’s internship programs.

Boone, a Clear Fork High School graduate, said it would be hard to leave the family-oriented, friendly environment of the workplace when the co-op ends in August. This is his second internship with Gorman-Rupp, and he will return to Ohio State University for his final year.

“There are many resources in Columbus,” Boone said, “But I wanted to come back, and it was a great opportunity.” He has interest in returning. “Right now I’m taking a look at current models, and making small improvements.” Boone is in the department of value engineering, “working with Gorman-Rupp pumps which are already in existence.”

Valerie Yoder is the second female intern to ever be placed in an engineering department at Gorman-Rupp. She is currently a project engineer, “in the pre-production phase,” she stated. She will graduate a year after Boone. Yoder has been working on “data-entry, modeling, and check valve for the pumps,” and called the 3D Connexion mouse a “joystick for geeks.” Between the two of them at the main plant in Mansfield, they define the tool as “a way to manipulate components in the 3D interface.”

According to head engineers Cyrus and Redmond, there have been a lot of additional government regulations, specifically by the Environmental Protection Agency and the Department of Energy. Those changes translate to an influx of new designs for Gorman-Rupp, and new orders to fill long-term. They utilize their interns to offset workload. “We’re in the process of trying to revamp a lot of our product line,” Redmond said, “So I see a co-op position able to offset the requirements of that new design.” Some projects take a few days, and some take 6-12 months. The intern’s time with the company lasts a third of a year. “We are very fortunate to find local students in the past few years who have been interested,” said Brad Cyrus from the Sixth Street plant. “Students gain practical experience and exposure, which in turn, positions them better in the job field.”

Gorman-Rupp receives partial funding through Jobs Ready as a reimbursement. However, it’s apparent that the three students’ dealmaker was contacting the company of their own initiative. The two interns at the new main building are enthusiastic about what they do. “I wanted to perform at that level,” said Boone, “But really, everyone was nice and understanding.” Yoder agreed. “Everyone wants to help you learn,” she said. “It’s a learning experience. And it’s quite an opportunity.”

At the original Gorman-Rupp plant on Sixth Street, Tyler Lasusa sits at his desk on the second floor, with a similar setup. The only difference: there’s a whole assembly warehouse on the floor beneath him. He stated that he “made a point to be on the shop floor” when he arrived as an intern, talking with the men who work with the physical pumps.

“You run a risk if there’s a communication gap,” Lasusa said, “So as an engineer, I wanted to go down and talk with them. They gave me advice as to how to make their job more efficient.” Lasusa works by manipulating a 3D model of a base assembly, a part for a new product they’re working on. “We’re making sure the new product is structurally sound.” Lasusa has worked from the creative standpoint in 3D as well having taken a Rhino class, a 3D modeling program offered at Ontario high school. “It’s easily what inspired me to be an engineer,” stated Lasusa.

Brad Cyrus, the engineer who oversees Lasusa stated, “We really do try to approach the co-op position with the mindset that the interns bring us fresh perspective on old problems we’ve encountered in the past.”

As all the interns prepare for the last chapters of their college experience, they leave with the knowledge that their professional chapters have begun.

“Gorman-Rupp is a staple of the community,” said Lasusa. “It’s an honor, and something I would always consider.”