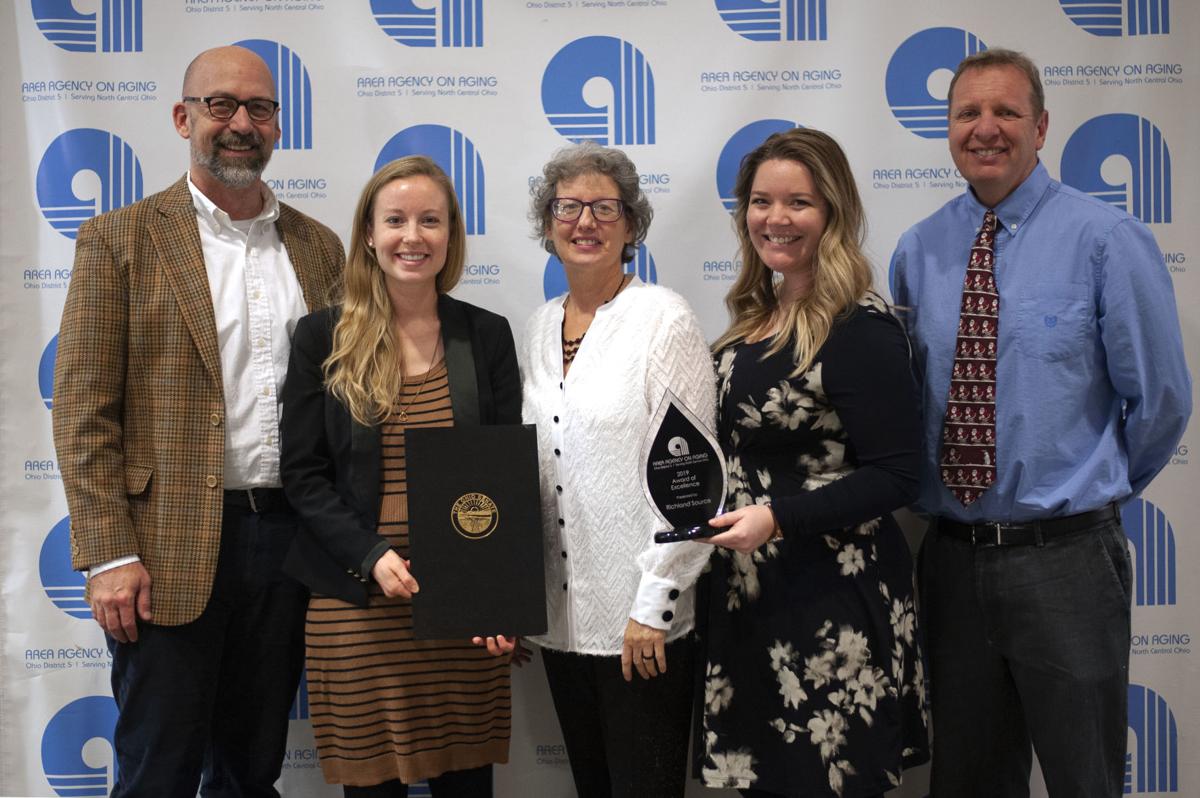 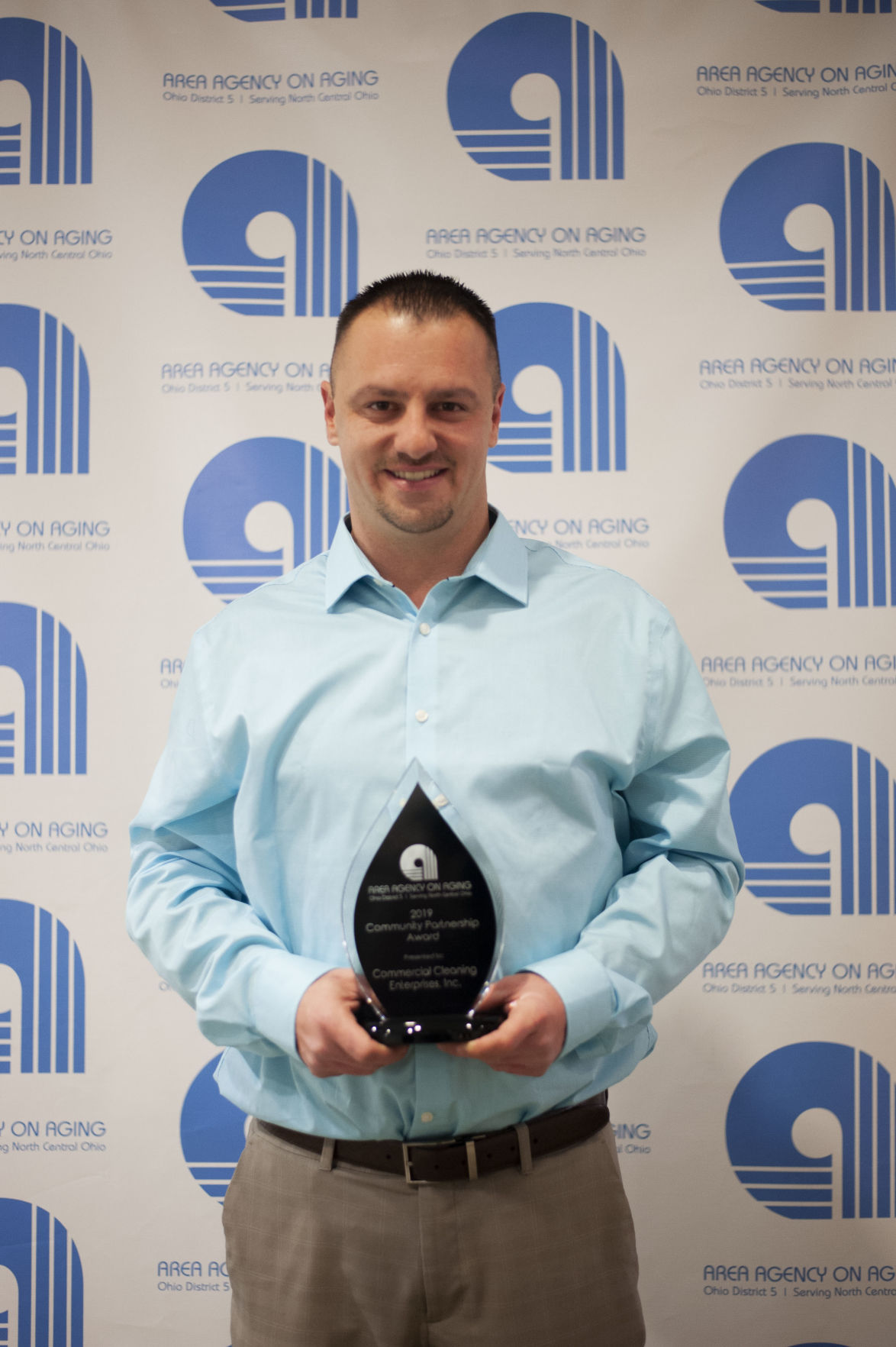 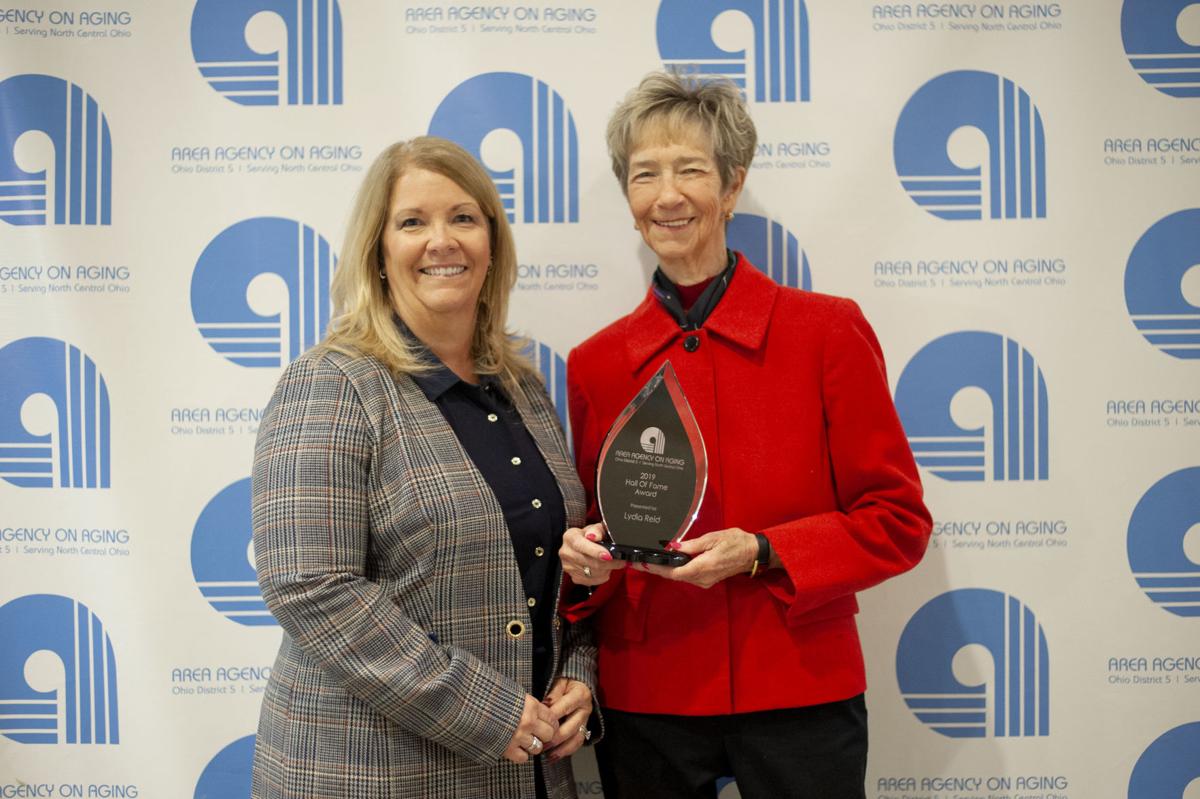 Duana Patton, CEO of the Area Agency on Aging, honors Lydia Reid, as the AAA 2019 Hall of Fame inductee.

ONTARIO - The Ohio District 5 Area Agency on Aging presented Richland Source with the Award of Excellence during its annual meeting on Thursday at the Mid-Ohio Conference Center in Mansfield.

Nearly 350 people attended the event, including local politicians, board members and other leaders in the community.

The award was in recognition of the online news site's 18-month series titled Gray Matters. The series studied the impact of aging and the services available to those in need in the community.

Stories and podcasts profiled individuals and care providers throughout north central Ohio dedicated to serving those in an aging community.

"Richland Source is an online news service that looks at the world we live in through a different lens called Solutions Journalism," said Teresa Cook of the Area Agency on Aging."Solutions Journalism is telling the whole story through rigorous reporting on effective responses to social problems.

"Their Solutions Journalism series Gray Matters was a study of how north central Ohio cares for its aging population."

The Gray Matters series reported on Alzheimer's and Dementia, a very personal Richland County Story. A podcast took readers on a search for effective responses to aging problems.

"Source reporters gave the reader information on social service agencies and helped us not feel alone as a caregivers, and gave us hope for the future of aging," Cook said. "Richland Source reporters are good listeners, intelligent writers, but most of all they write with heart."

Chief Executive Officer Duana Patton and President of the Board of Trustees Jeff Polzin presided over the program and meeting, which highlighted accomplishments of the Area Agency on Aging for 2019.

 The Project Collaboration award was presented to the Area Office on Aging of Northwestern Ohio and the Seneca County Commission on Aging – Senior Farmers’ Market Nutrition Program.

 The Advocate of the Year award was presented to Knox County Task Force for Older Adults.

 The Elected Official of the Year award was presented to Probate Judge Steven D. Eckstein.

 Inducted into the AAA Hall of Fame was Lydia Reid.