MANSFIELD -- Service members, boy scouts and other volunteers spent a cold, drizzly Saturday morning placing nearly 7,000 flags at the Mansfield Catholic Cemetery -- one for each veteran buried there.

Richard Ryan, 15, a second class scout, said there was an air of seriousness among the troop members. 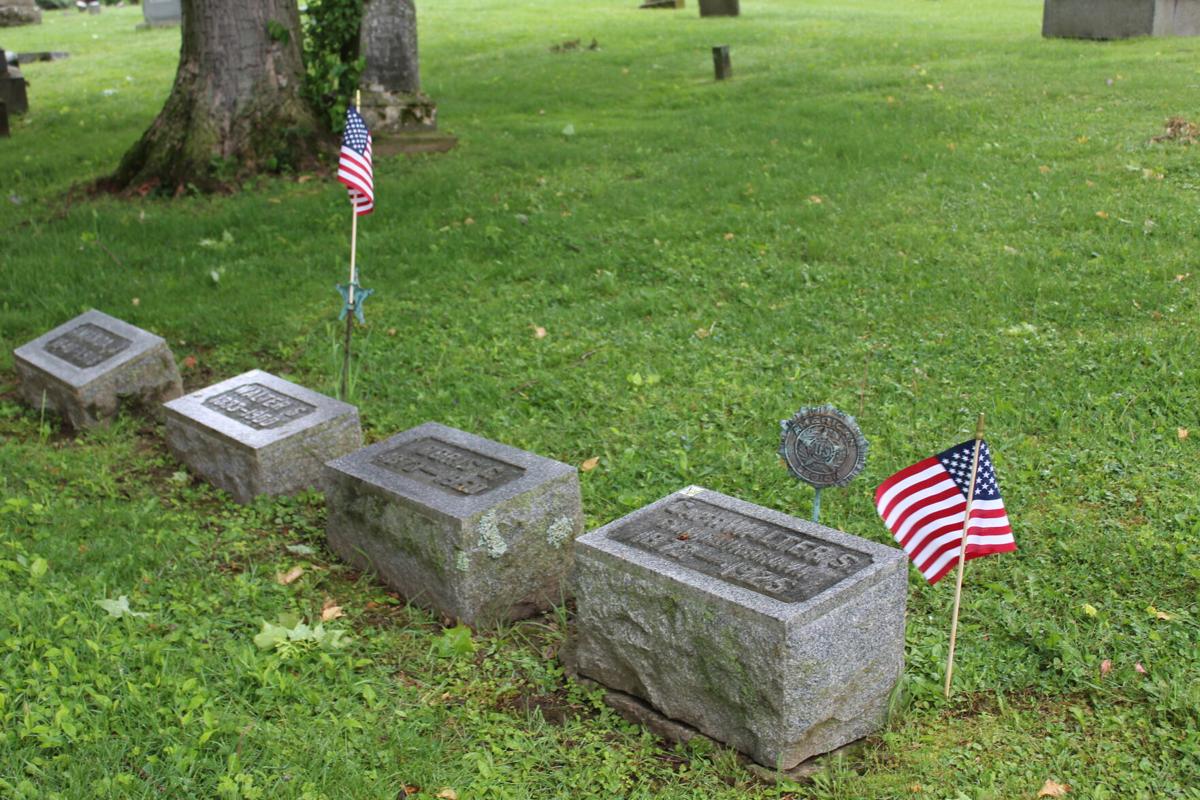 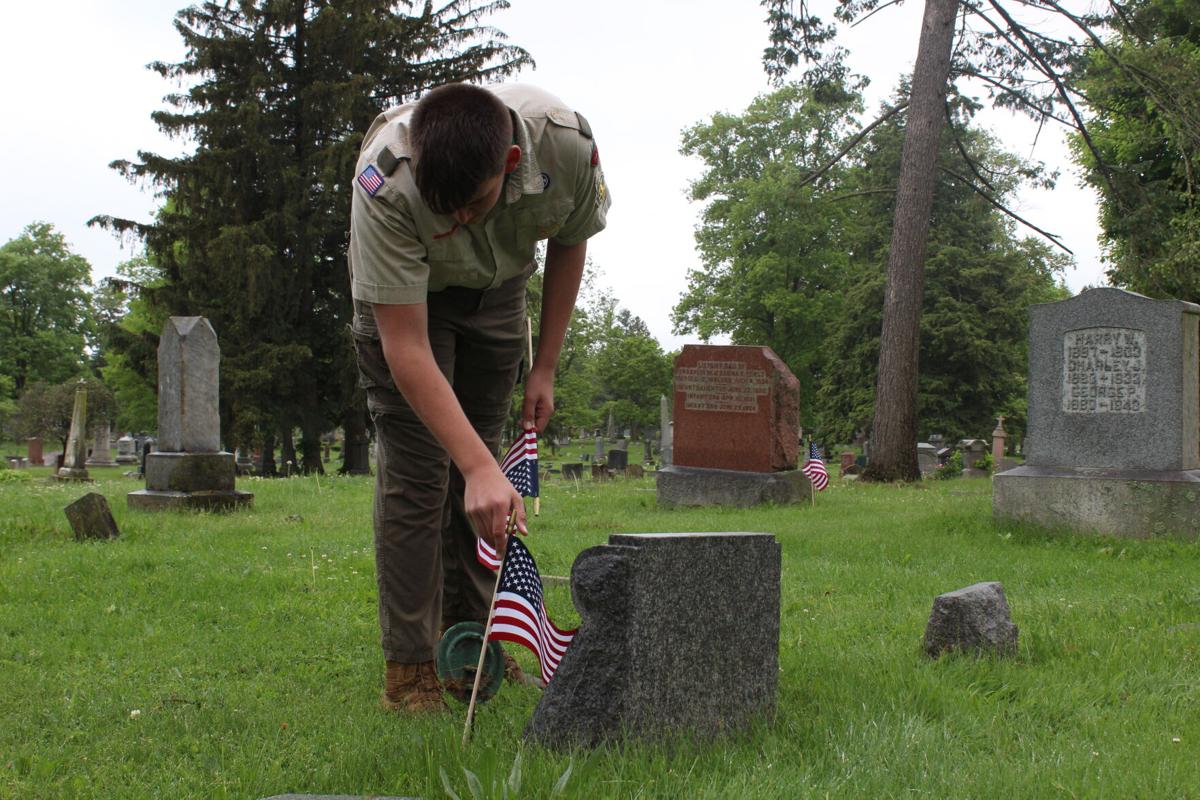 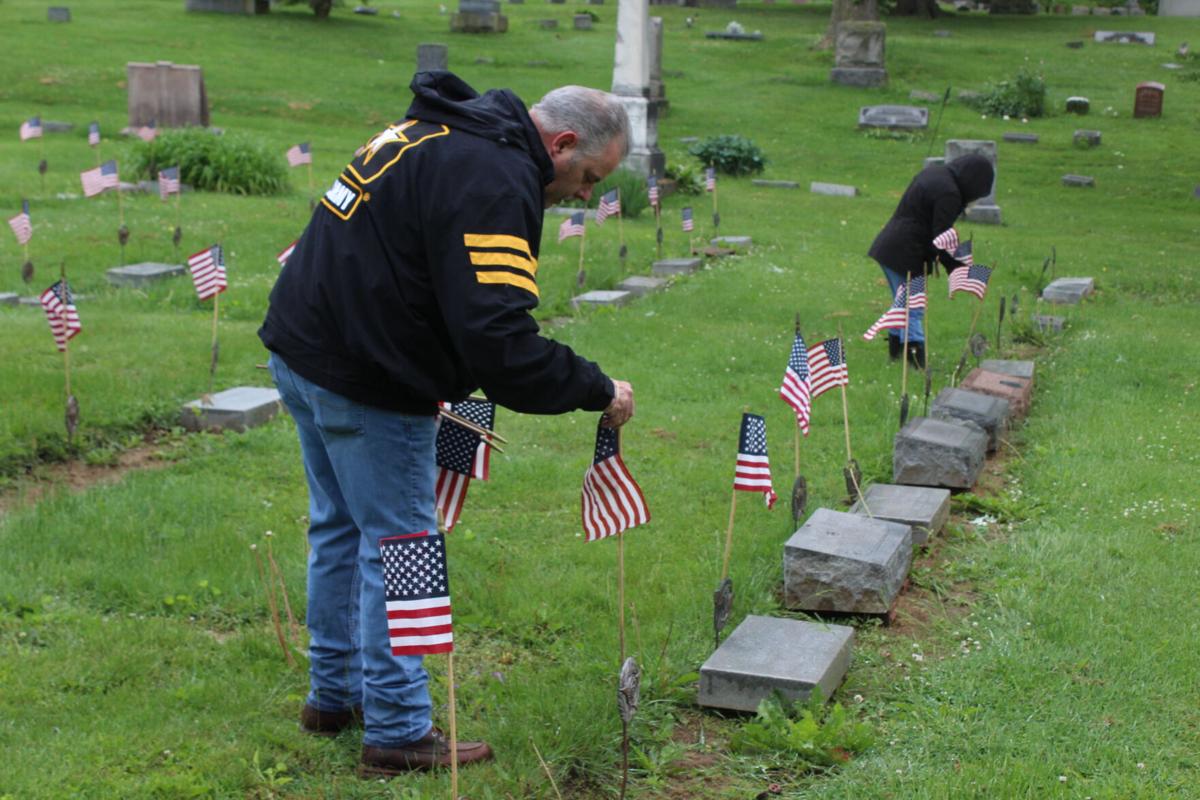 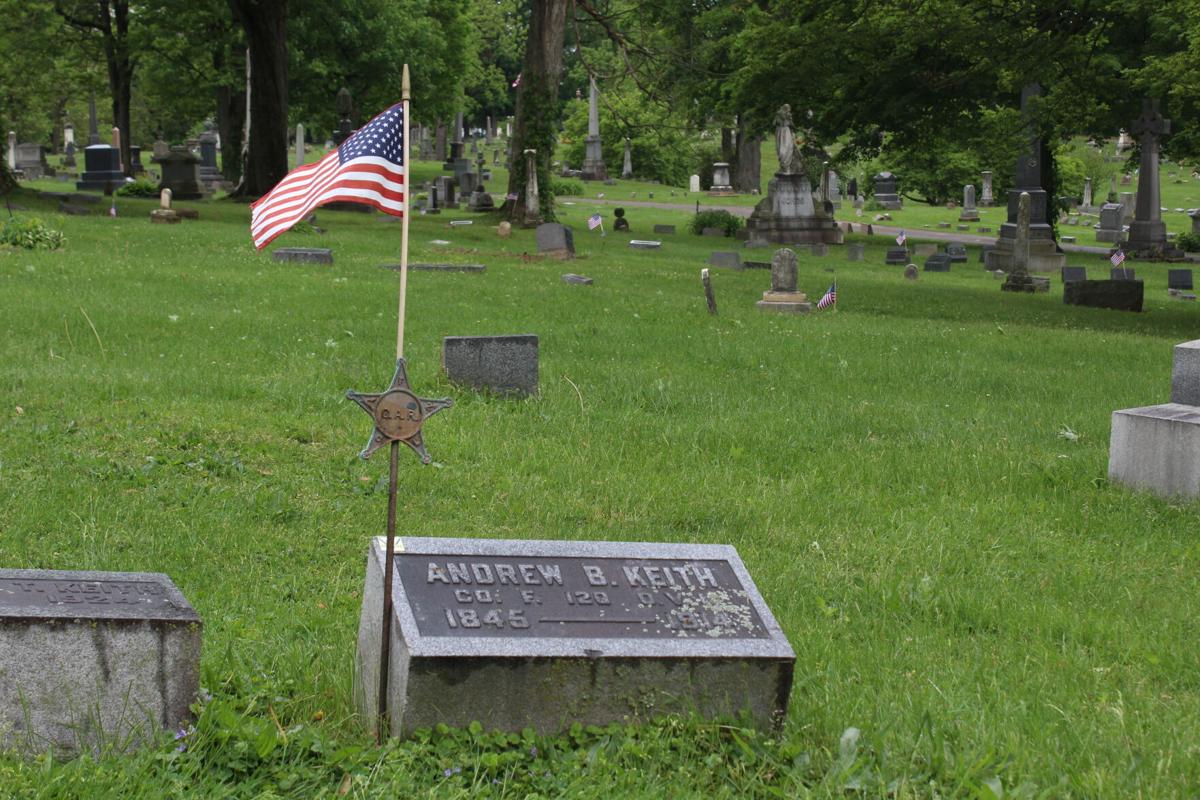 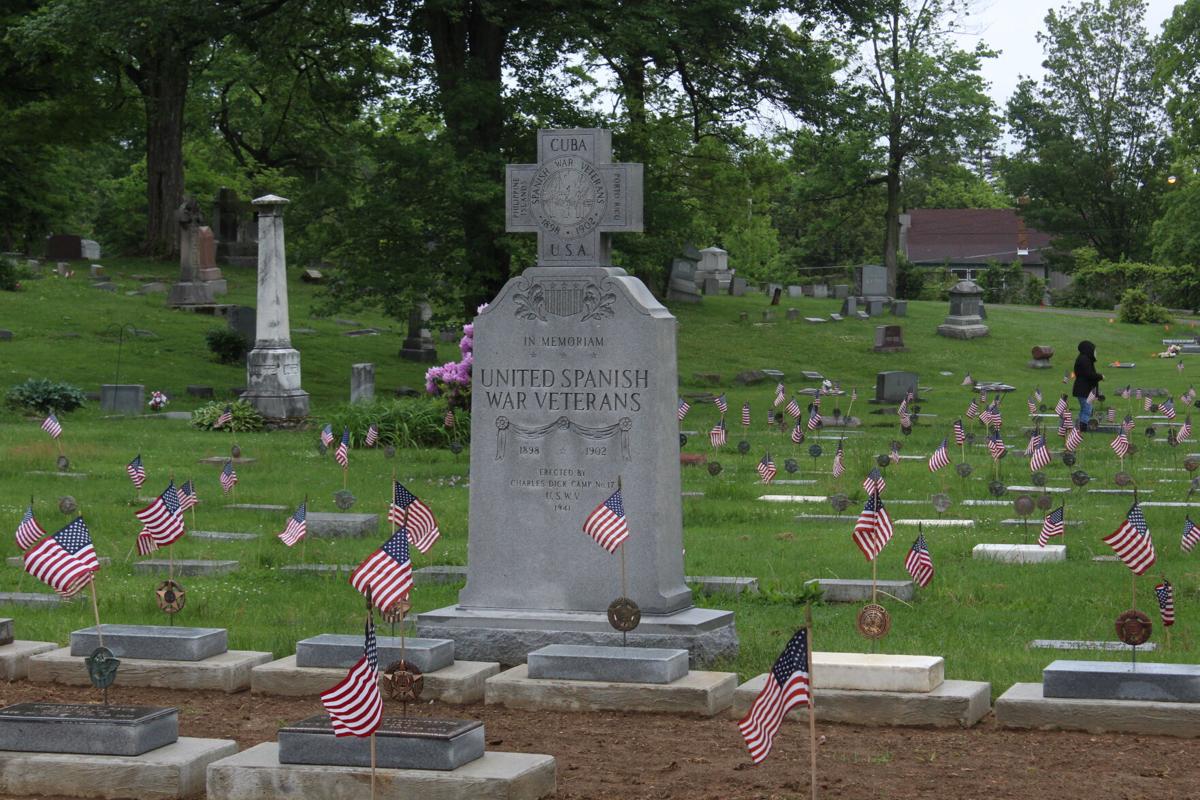 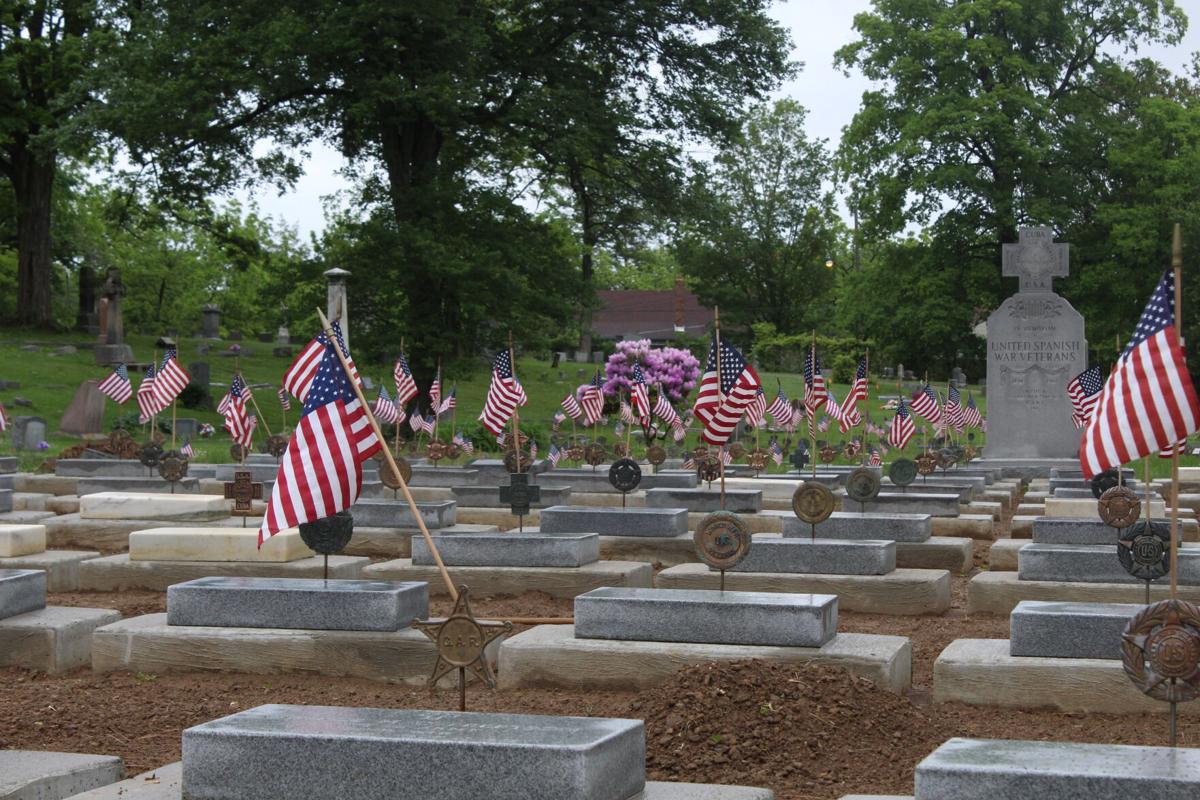 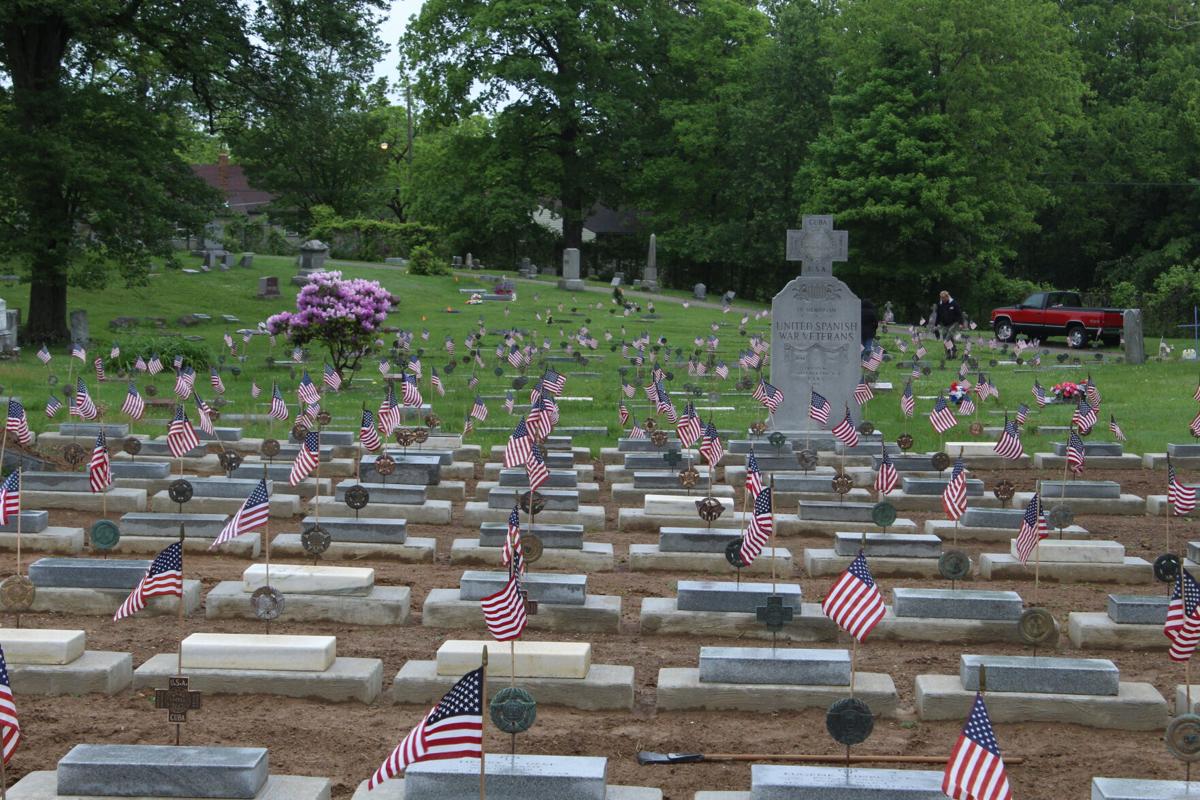 Joyce Vanatter, regent of the Jared Mansfield chapter of the Daughters of the American Revolution, was also present. Vanatter said each service member’s name and a prayer over their headstone with each flag she planted.

Marty and Tina Loughman made their way through the rows of Spanish-American War veterans, placing a flag by each headstone.

“I feel like it's an honor for us to be here. We show respect, that’s what it’s all about,” said Marty Loughman, a U.S. Army veteran. “To pay respect to these guys and women who sacrificed their lives.”

Military service is a longstanding tradition in Loughman’s family. His three uncles served in World War II, his father in Korea. He and his cousins continued the family’s dedication through the next generation.

Tina teared up as she poked wooden flagpoles into the spongy wet ground.

“They served our country. This is the least I can do whether it's raining or not raining,” Tina said. “Some people, they don't have anybody. And some people maybe just forgot about them.”

Tina works for the U.S. Department of Veteran’s Affairs, helping men and women transition back to civilian life after completing their military service. She’s seen first-hand how war can impact a person.

“Just because a person doesn't look like they're wounded, doesn't mean that they're not wounded,” she said. “Everybody has scars. People suffer in different ways.”

She hopes this Memorial Day, Americans will remember the sacrifices veterans and their families have made.

“Don't ever forget, don't take it for granted. Don't take this country for granted. Because somebody sacrificed something -- their life, their loved ones,” she said.

Here's a rundown of Memorial Day parades in Richland County

EDITOR'S NOTE: This story was written in response to reader-submitted questions through Open Source, a platform where readers can ask Richland…