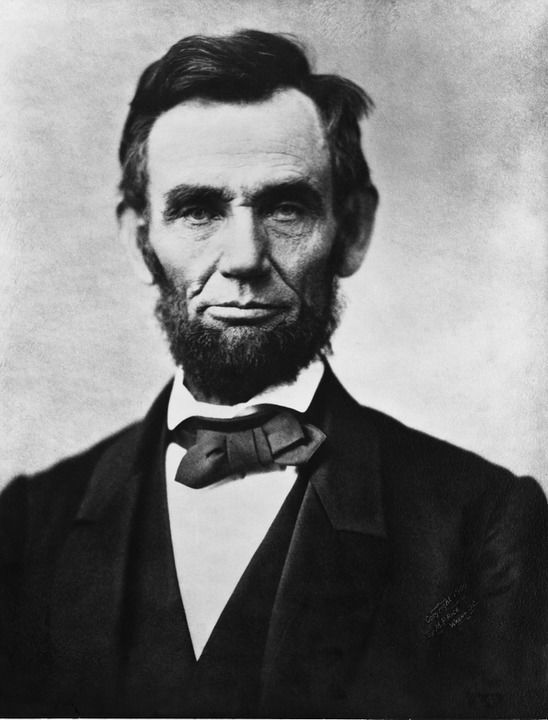 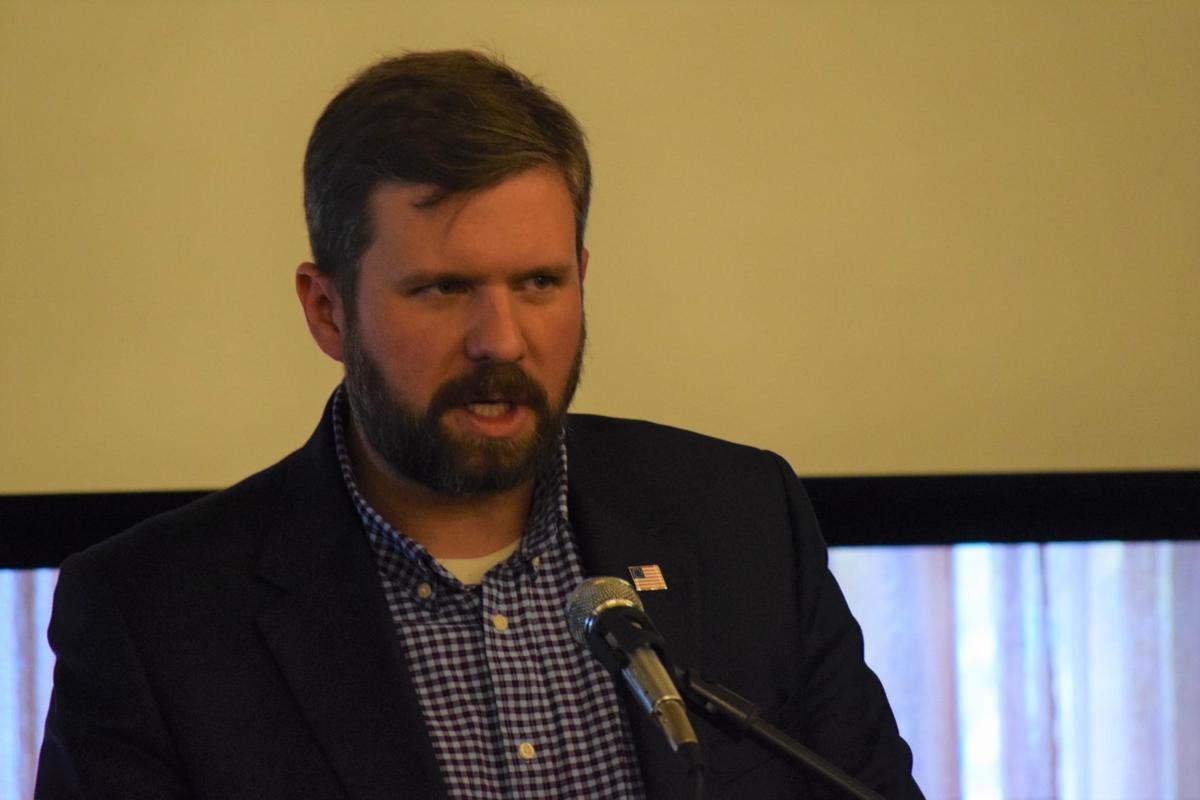 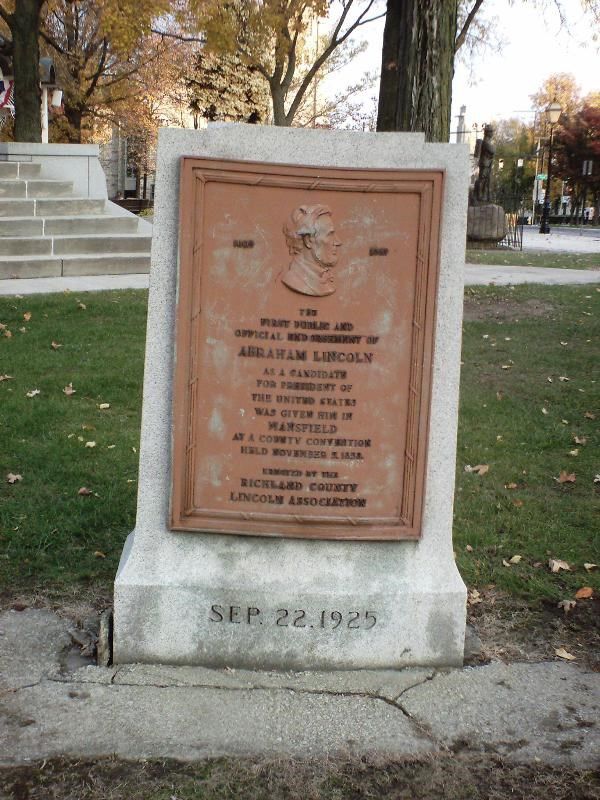 This marker in Central Park indicates the first national presidential endorsement for Abraham Lincoln came from Republicans in Mansfield and Richland County.

"Mansfield Republicans played a unique role in the history of the Republican Party and in the United States that's not very well known," said Patrick Maloney, deputy director of the Ashbrook Center in Ashland.

Maloney, a Cincinnati native, was the guest speaker on Monday during the monthly Richland County Republican Party luncheon.

The local decision in November of 1858 to endorse the one-term congressman (1847-1849) from the 7th District from Illinois didn't have much to do with Lincoln's popularity in Mansfield and Richland County, according to Maloney.

"Lincoln at this point is a perennial loser. He (had) served one single, solitary term in Congress. He had made a fool of himself in the eyes of the national electorate because he opposed the Mexican-American war," Maloney said.

But the native of Kentucky, who was working as an attorney for the railroad industry, had the backing of his bosses.

Maloney said the railroad "titans" happened to be meeting at the Wiler House Hotel in Mansfield, which was midway between New York and Chicago.

"Mansfield at this time was a pretty solid Democrat town. Lincoln is not going to be in the Senate. If he's going to run for president ... there is going to be a transcontinental railroad, he's our man because he's our attorney and we want the northerly route," Maloney said.

"So let's find some Republicans here in town and get them together and get the endorsement," Maloney said. "So that's what they did. They were the first group in the country to endorse Abraham Lincoln as president of the United States. The election was still two years away, but they were the first.

Sadly, the railroads also connected Lincoln and Richland County after the president's assassination in 1865. The funeral train carrying his body back home to Illinois for burial passed through Richland County on April 29.

Maloney joined the Ashbrook Center, which "seeks to restore and strengthen the capacities of the American people for constitutional self-government," in January 2017 and was selected as the chief operating office seven months later.

Prior to joining the Ashbrook Center, Maloney held a number of positions in government, including serving on the staff of Congressman Steve Chabot, as an aide in both houses of the Ohio General Assembly, and as the Policy Director for the Ohio Department of Higher Education where he worked on policies related to affordability and workforce development.

It's likely just one in four registered voters in Mansfield will determine the city's next mayor.