MASON, Ohio -- A complaint filed Tuesday in Warren County by 40 daycare centers across Ohio seeks to end "arbitrary" limits on the number of children a site can supervise during the COVID-19 pandemic. 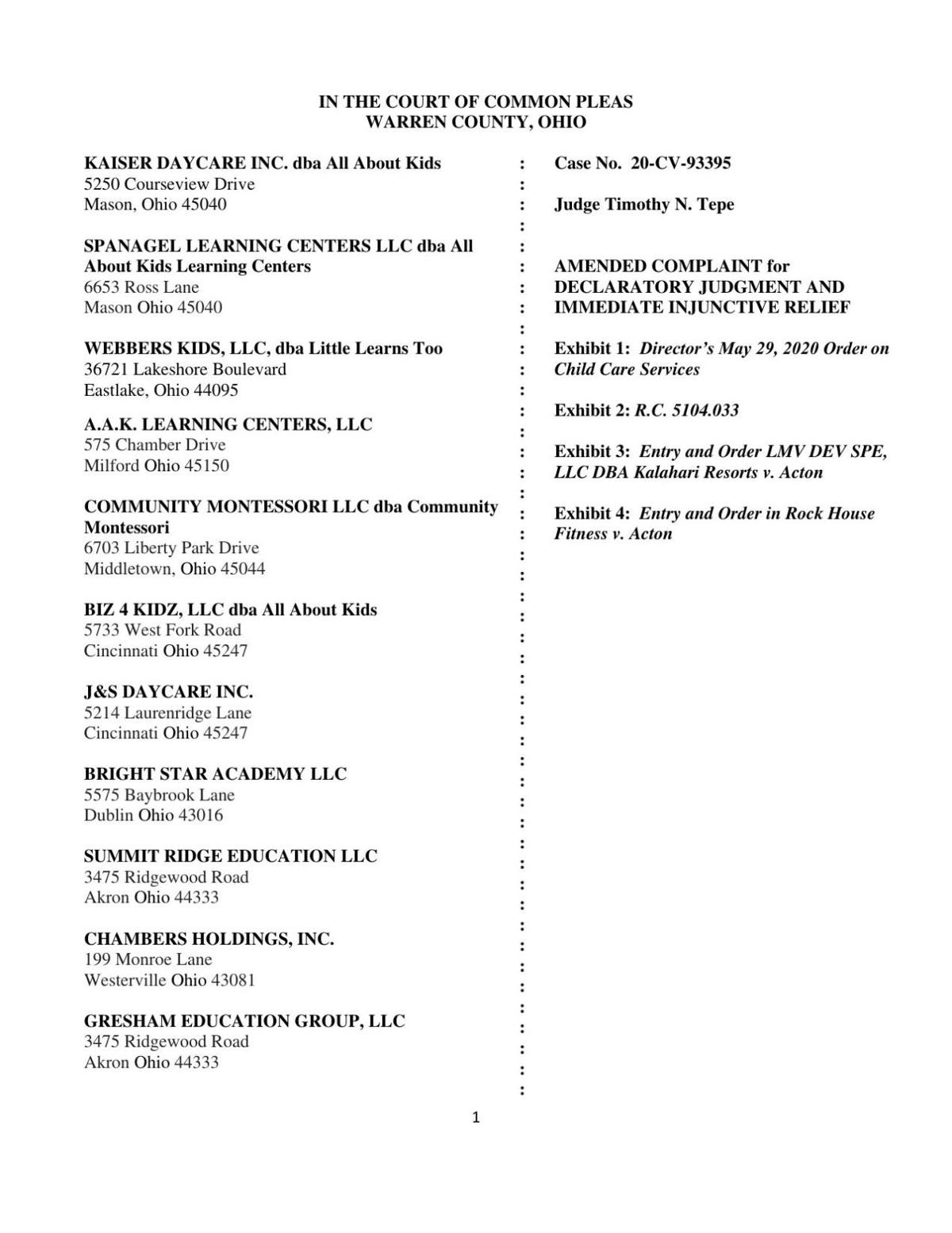 According to a statement by the 1851 Center for Constitutional Law, which represents the daycare centers, the May 29 orders issued by Acton are "particularly pernicious because they limit child care options for parents needing to return to work, dramatically raise the costs of these options, and threaten to bankrupt Ohio daycares.”

None of the 40 daycare centers involved in the complaint are from north central Ohio.

It's the third court action filed by the 1851 Center against the ODH orders in recent weeks. Successful court challenges were mounted on behalf of gyms and fitness centers in Lake County in May and in Erie County on behalf of a waterpark earlier this month.

According to the complaint, "Defendants continue to obstruct rather than advance Ohioans’ physical and mental health, all the while having continuously overinflated the risk of harm to the general public.

"The pandemic itself has inflicted no deaths on Ohio children, apart from those caused by the policies of Defendants," the complaint said.

"However, agency regulations attempting to overrule express legislation on the same subject violate Ohio’s Separation of Powers limits. And in this case the Ohio Revised Code expressly provides that no administrative regulations may conflict with the group sizes the General Assembly has protected," the 1851 Center said in its statement.

The case is pending before Judge Timothy Tepe in Warren County.