What do Hollywood actor Bradley Cooper and former Mansfield resident Drayton Benedict have in common? 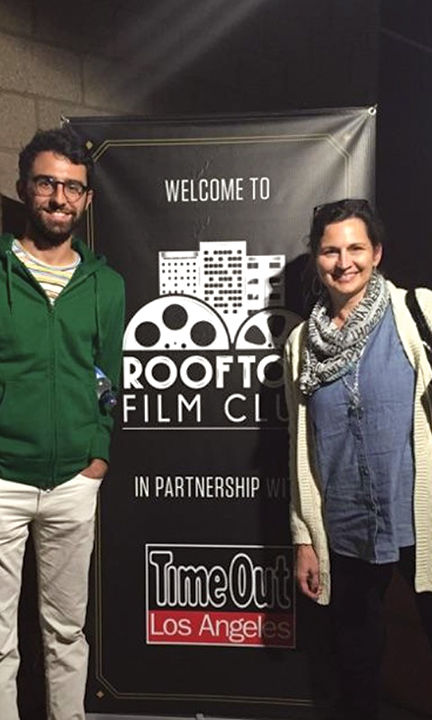 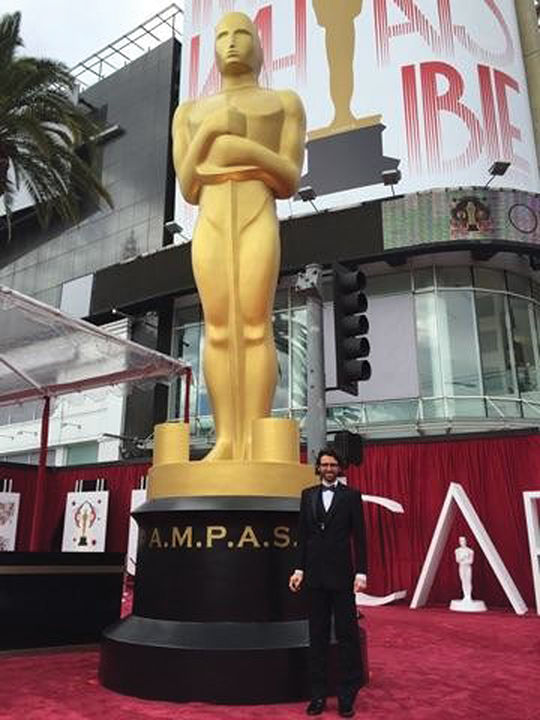 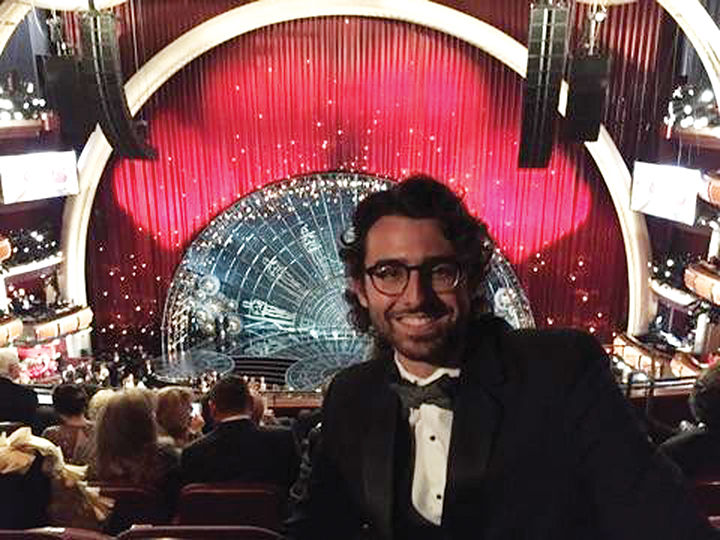 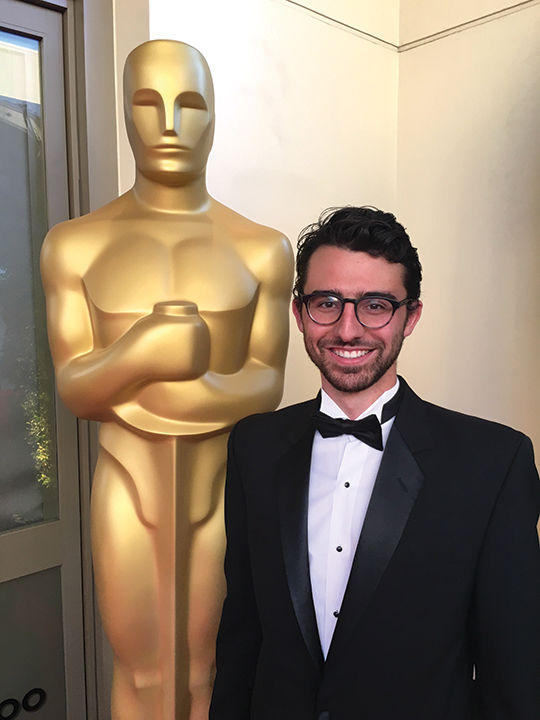 Both took their mothers to the Oscars in 2015. Cooper was there as a nominee for his starring role in the mega-hit movie American Sniper. Benedict was there because he works behind the scenes for the Academy of Motion Picture Arts and Sciences, which stages the annual Oscar ceremony.

Benedict, a Lexington High School graduate, was hired by the Academy in 2014 following graduation from the University of Southern California where he studied cinematic arts and communication design.

His parents, Greg and Tami Benedict of Mansfield, said he has always been set on a career in the film industry. Drayton has been a movie buff since his early teens, when he wrote film reviews and posted them on a blog. He worked at Cinemark Theatre in Ontario while attending high school, so he always was up on the latest movie releases.

Benedict has no aspirations to become an actor. He likes the business end of the industry and can see himself in film distribution and marketing.

All of that comes into focus this month when the voting begins, and ends, for Oscar nominations.

In the meantime, he is learning the ropes and making valuable contacts by working at the Academy’s special events, such as the Oscars ceremony or the Governors Ball, where he operated the elevator with a veritable list of Who’s Who in Hollywood aboard. He recalled riding up or down with Clint Eastwood, Ron Howard, Warren Beatty, Annette Bening, as well as younger stars like Jake Gyllenhaal, Steve Carell and Robert Downey, Jr.

He was in an opening shot of the E! Network’s coverage of the 87th annual Oscar telecast, looking dapper in a rented tuxedo and trendy black horn-rimmed glasses. One of his duties was to handle security on the red carpet and at the Academy’s post-Oscars ball.

Eddie Redmayne’s publicist showed up at Benedict’s security station without Eddie’s ticket to the ball. Benedict followed strict orders and wouldn’t allow the Oscar winner for best actor in until a supervisor approved the situation.

“Eddie’s publicist said, ‘But he just won the Oscar.’ I had to tell him sorry that I could not let him in without an official ticket,” recalled Benedict.

His mom, Tami Benedict, lucked out with her seat assignment and ended up being seen by millions of viewers sitting in the second row behind Keira Knightley and her husband, James Righton.

“I couldn’t believe it. A few of the stars I saw up close were so nice. It was just an unforgettable experience,” said Tami. “Jessica Chastain was especially sweet. She asked about my family and was very sincere. I think she was happy for us that I could be there to share the experience with Drayton.”

Tami said Drayton came home for Christmas in 2014 and surprised her with a glittering gold Marchesa evening gown and tickets to the Oscars.

“I had to do something special for her. My family sacrificed a lot so I could go to school out here,” he said.

This past October, Drayton sent his mother a round-trip ticket to California as a birthday gift. They spent the long weekend doing tourist things and insider things. One of the highlights was a visit to a rooftop film club showing of Julia Roberts in Pretty Woman.

The movie was filmed in Hollywood, and now that Drayton knows his way around, they retraced some of the steps taken by the characters. They also went to a screening of Matt Damon’s The Martian in the Academy theater.

Drayton recalled another tenuous link to the movies while growing up in Mansfield. When Hollywood came to town to film The Shawshank Redemption in 1993, Benedict was just a year old. Fast forward 20 years, and he mingled with the movie’s stars and director during a special anniversary screening of the film at the Samuel Goldwyn Theatre in Beverly Hills in September, 2014.

He was scheduled to work the Shawshank special event, but asked for the night off so he could hang out with the visiting delegation from Mansfield and Upper Sandusky, two major location sites in Ohio for the movie.

Benedict is a family friend of Lee Tasseff, president of the Mansfield-Richland Area Convention and Visitors’ Bureau. Tasseff invited Benedict to come to the screening and the question and answer session with actors Morgan Freeman and Tim Robbins, and director Frank Darabont.

“I couldn’t say no,” said Benedict, who has seen the hit movie multiple times.

Other work duties involved a stint at a costume exhibit at the Academy’s museum featuring iconic on-screen clothes worn by legendary stars like Judy Garland and Marilyn Monroe.

“It’s all really exciting, but I’m not star-struck,” he said. “I’m really lucky to be involved in some of my favorite pockets of the industry — awards and advertising. What would even be better is merging the two and working on and designing award campaigns for films. There’s an entire industry out here devoted to billboards and magazines for ads targeting voting Academy members. Hopefully, that’s what is down the line for me.”