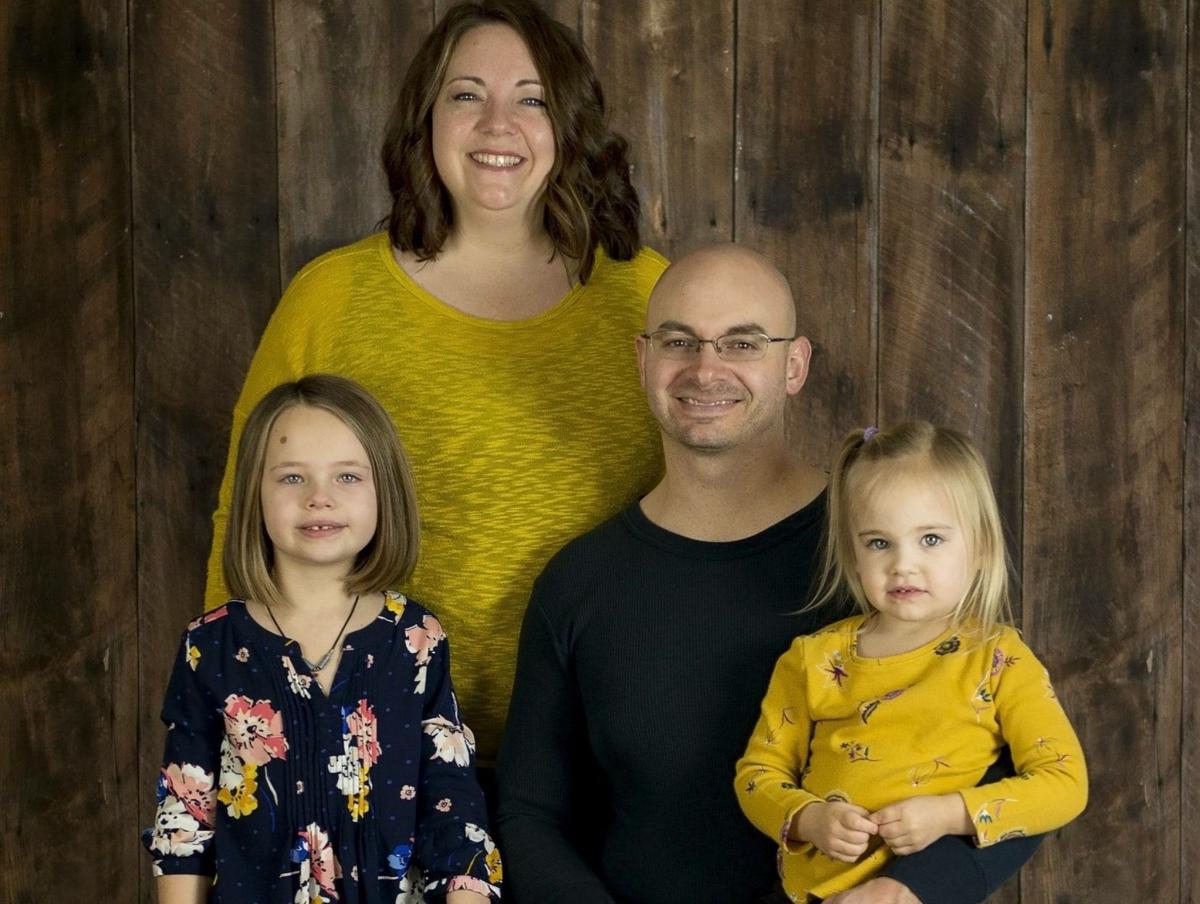 Steve Stone, Carie Crenshaw and their daughters, Kenlee and Kylin, will visit Walt Disney World this December thanks to The Visual Bucket List. 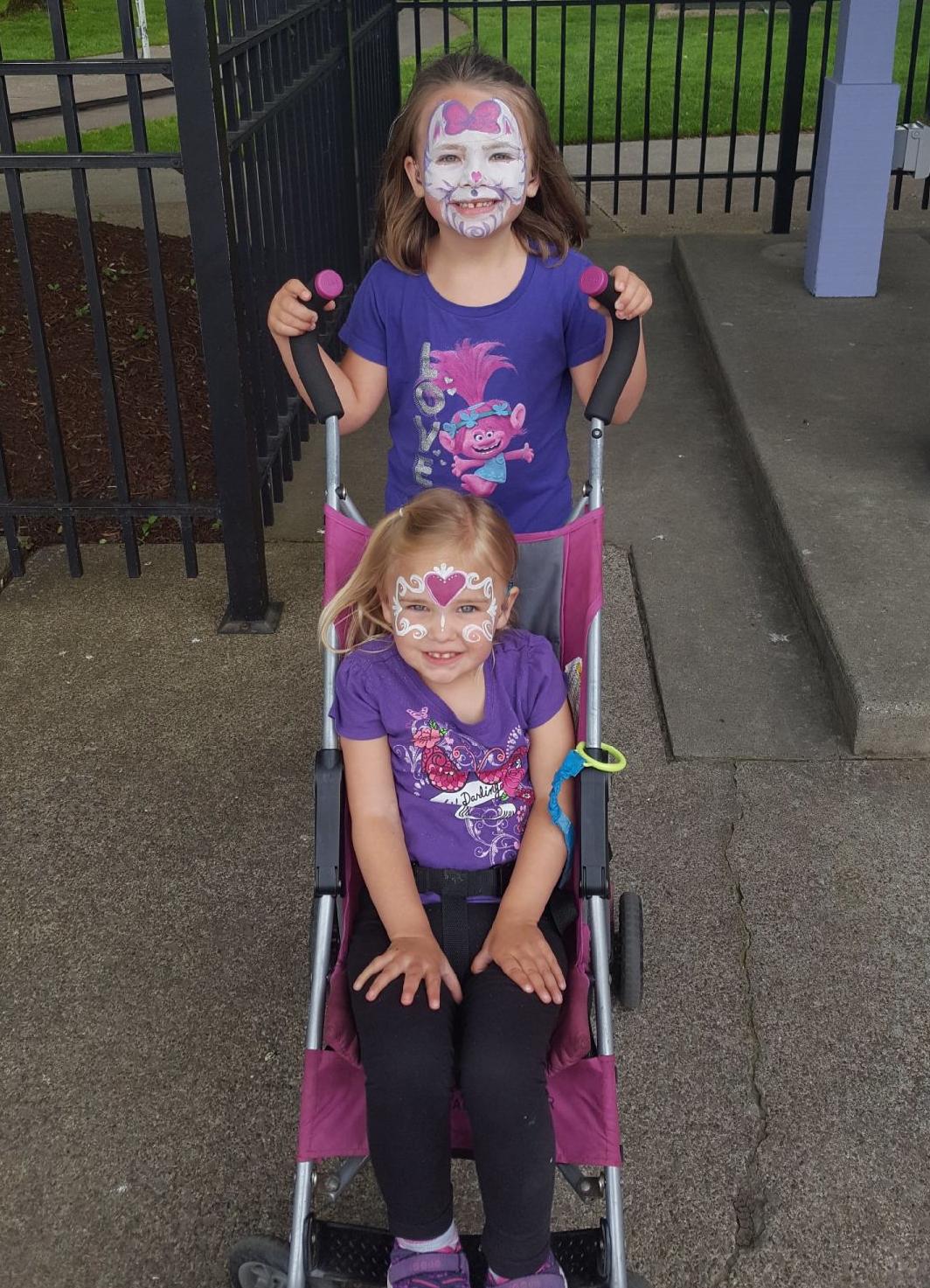 Editor's note: Shhhh... It's a surprise. Kenlee and Kylin won't know until December.

SHELBY -- Steve Stone of Shelby was never in a rush to see Walt Disney World. He made his first visit to the renowned theme park at age 21. But his two daughters Kenlee, 5, and Kylin, 3, can’t wait that long.

Both have been diagnosed with Usher’s Syndrome, a rare genetic condition that will likely cause them to lose their vision and hearing abilities during or after adolescence.

Knowing this, Stone and his partner, Carie Crenshaw, aim to create memorable experiences for their girls. They’ve visited Cedar Point, Kalahari and dozens of other Ohio-based attractions. But later this year, they’ll go on their biggest adventure yet: A $12,500 trip to Walt Disney World in Florida, which will be completely covered by The Visual Bucket List Foundation.

“It’s unbelievable really,” Stone said. “We’d never be able to afford something like this, ever.”

Steve and Christine Myers, who run the Mansfield-based nonprofit, have long wanted to provide the Stone family with such a gift, but Kenlee and Kylin’s parents were reluctant at first.

“It felt weird, for sure. We don’t like taking handouts,” Stone explained.

“Not a handout, it’s a gift,” Christine Myers interjected.

“And it’s for your daughters,” Steve Myers continued his wife’s thought. “Someone said the same to me years ago. They did just about have to slap me on the back of the head. They said, ‘It’s not for you, it’s for your little girl, and it’s a gift, not a handout.’”

He recalled the time when Turkish Airlines offered the Myers family a free round trip to any destination for their daughter Lizzy, who also has Usher’s Syndrome.

They visited Rome, and returned determined to help other families check items off their children’s “visual bucket lists.”

“When you get a gift like that, you feel a great deal of responsibility in making sure you pay it forward,” Steve Myers said. “And there’s no way to pay that back. That’s why we keep telling people, we’re going to spend the rest of our lifetime trying to.”

Since starting the foundation, the Myers have already funded airplane rides around Mansfield, provided a telescope for a family and contributed to the purchase of at least three pairs of eSight glasses, which allow children like St. Peter’s Elementary School student, Remington Hedrick to zoom in on things they otherwise couldn’t see.

The Stone family’s trip, booked through Carson Travel, will be all-inclusive. The four will spend six days in early December at Disney, staying at the Animal Kingdom Lodge. The Visual Bucket List already has the funds to cover the 2-meal per day package, the photo package and 7-hour VIP tour passes.

But Steve Myers hopes to do a little more, if the Foundation can collect enough money in time.

“We want them to go very stress-free, so they don’t have to worry about bringing anything,” he said. “We’d like to send them with some spending cash for the extras and some of the meals that weren’t included.”

Currently, the nonprofit doesn’t have the funds to do that, but Myers hopes to rally community support for the family. While recognizing how much the Richland County area has already given to The Visual Bucket List Foundation, Myers encourages people to continue their support, if possible.

“Anything they can do to help not just this one family, but the other families that will come along here in the near future,” he said.

To donate to The Visual Bucket List Foundation, visit thevisualbucketlistfoundation.com and click “donate now” in the top right corner.

Mansfield parents look to pay it forward after daughter's support

Through the ReVision Gives Back program, ReVision LASIK and Cataract Surgery presented a check to The Visual Bucket List Foundation Tuesday, Aug. 14.