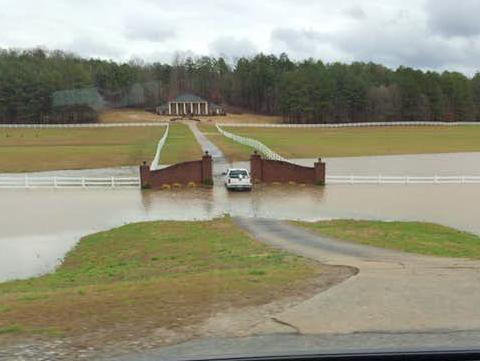 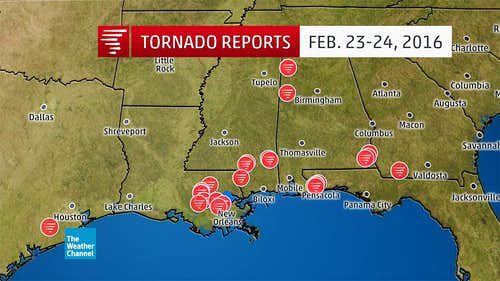 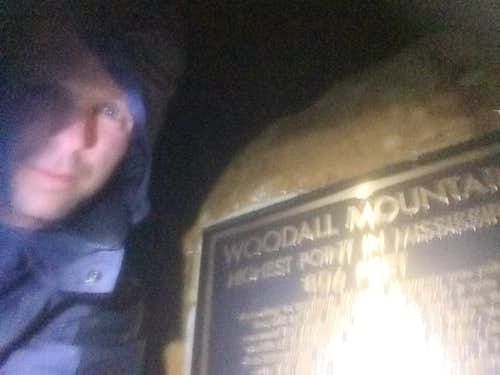 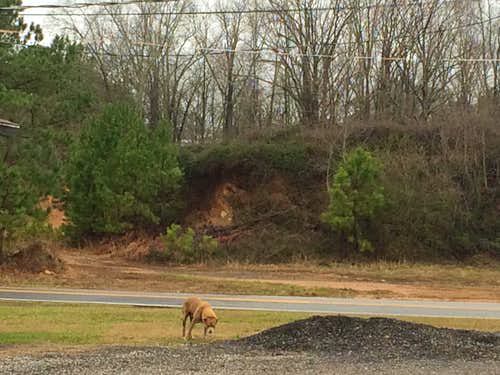 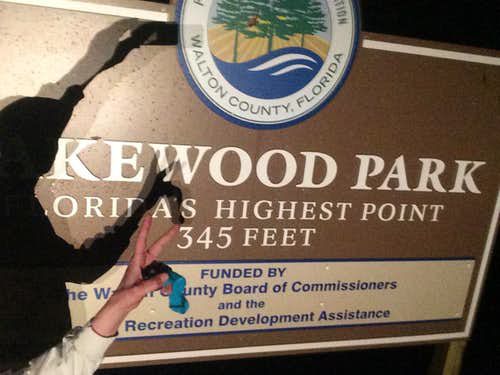 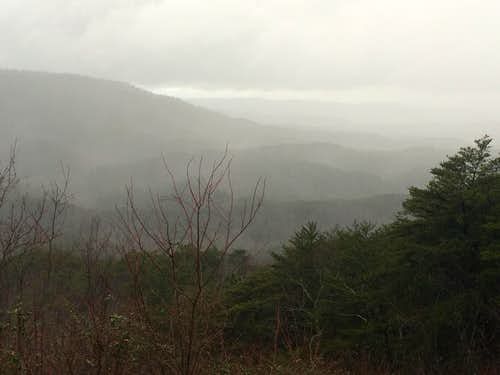 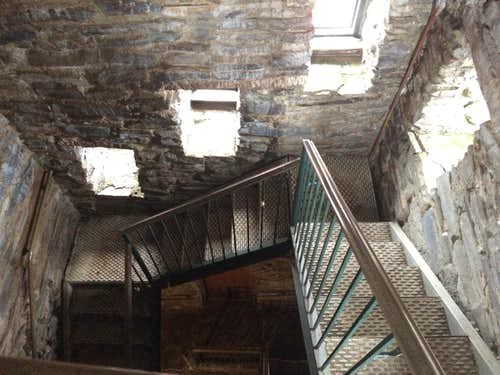 EDITOR'S NOTE: This is a continuing series on Ashland's Adam Fox, a Richland Source employee, who is on a quest to scale the highest peak in each state, dubbed highpointing.

The man in silver-toed cowboy boots was mugging me off. Sitting in his jacked-up, self-painted truck that had a rebel flag for a back windshield. Perhaps he was frowning at me because I stared at him a little too long, in my sleep-deprived state, exiting the gas station convenience store that sat along the back roads of Alabama, I couldn’t make sense of his existence.

I crossed the mud-puddled parking lot, the one where you plot a course before you start to avoid having soaked shoes, and proceeded to pull out. In four minutes that man and I would be playing chicken on an unmarked paved highway near Talladega National Forest. I wasn’t even supposed to be in Alabama.

How did I get there? The highpointing obsession. Those familiar with the bird-watching book, “The Big Year,” understand it’s just too hard to sit home when you could be out documenting the next beak, or in my case, climbing and bagging the next peak.

I told my wife and family, “Just a quick trip to Mississippi. 11 hours to get there. Two days I’ll be gone; that’s it.” I probably don’t mention enough how amazingly understanding they've been.

Coasting through boring Columbus, I then turned toward the Queen City of Cincinnati where the geography starts to dramatically change, from flat nothingness farmland to the glacier scars and hills of lower Cincinnasty. I served my time in that city — five years — turned into life and death for some of my classmates at UC.

South of Cincy, the road forked, and I opted to head towards Louisville. Hit a traffic jam. After taking an hour to go four miles, it cleared. A construction crew was putting up a sign, and every driver just HAD to slow down and observe, which caused an accident. Which resulted in even more gawking.

All my momentum was lost, and the road from Louisville to Nashville was even worse. All construction, 55 MPH. Oh, and it rained the whole drive past Cincinnati. Did I mention I decided to head to The South as they were expecting some horrible weather? Tornadoes, flash flooding, storms — luckily the twisters missed me but I saw their aftermath.

Halfway to Memphis on I-40, I went due south at Jackson. The rain was in dump truck loads, and it was good to get off the highway. Now night, I saw the hometown of Carl Perkins and made it into Mississippi. After another hour and a half of meandering the slow curves of off-interstate driving, I arrived at the lane leading up to Woodall Mountain. 659 miles completed.

There wasn’t a gate restricting vehicle access, as I had read. Regardless, I needed to hike. So, I put on my waterproof shell in the back of the Ford Explorer, headlamp, camera and headed out. Didn’t mess with water or snacks. Only a couple of miles and I was MOVING.

Fear was the motivator. I want to talk to you all for a second about how petrified I am of southern “good old boys.” Maybe I watched “Deliverance” at too young of an age, maybe I let the history of the Civil War, the Klan, the actions AFTER the '60s Civil Rights Movement, etc., get into my head.

My paranoia stemmed from the fact that I was quite certain a bunch of white dudes, dressed in different Nascar motley outfits, would jump out and kidnap me. Reminding me, like they once told Neil Young, “A southern man don’t need him around anyhow.” Somehow, I survived. The peak was bleak and gray and with no visibility in the night. I did see a “highpointers” bench, the mailbox and the survey marker. Stayed maybe five minutes at the top and sprinted down. Changed out the soaked gear.

Decision time. I could add six-to-eight hours to the trip if I went after Alabama’s highpoint.

After a minute of “debating the inevitable,” I found my way east on highway 72 into northern Alabama. I will give Alabama credit; it has high speed limits regardless of the access to the highway. Suicide and murder at your own risk. I like that.

At Birmingham, there came another choice. Since the state park where the high point of Alabama was located didn’t open until morning, I had time to kill. Sure, I could find a place to sleep. It was 9 p.m. Or…. cruise on down to Florida and grab their highpoint, all 300 some feet of her.

My eyes began to sag surrounding Montgomery, as it was hour 13 of the journey and the 912th mile. Every passing rest area, I would make a note of its location so I could crash on the way back, if not before. From 11:30 p.m. to 1 a.m., I traversed the back roads of southern Alabama. The rain never stopped. Downed limbs and leaf debris were all over the country roads. But they had leaves! It was beautiful to see the green colors in February. And with all the hues of dark and downfall, it was hard to notice the subtle change in climate as I traveled hundreds of miles into the sweet depths of America. There was no mistaking the smell of year-round accommodating weather in the Deep South.

Lots of wild dogs, too. Maybe they just ran free from home at night? They weren’t coyotes. Scanning the FM frequency revealed mostly country and Christian music, with a token “pop/hip-hop mix” station thrown in.

Britton Hill in Florida was just across the state line, in a park—an easy drive-up. 1,032 miles down. The rain relaxed a little for my selfie summit shots, in the early hours past midnight.

Again, somehow, I survived the creatures that weren’t there and made it back to the car. 1:30 a.m. Fatigue at an all-time high. Just gonna drive to the Econlodge parking lot I saw a half hour up the road. Made it to the Econlodge. I just gotta make it to the gas station, 45 minutes up the road. Got there. I’ll just go to the next one. This is an endless, extremely dangerous way to travel. Like running 20 miles and saying, Ill just run one more. But once you start that new mile you have to complete it, regardless of the cramps. If you cramp up and fall over, consider your car wrapped around all the thick trees lining the highway.

At 3 a.m., just north of Greenville, Alabama, a neon orange sign blinked, “Don’t drive tired. Get rest.” I pulled into the rest area. 1,107 miles straight. Laid in the seat-downed back seats, and tossed and turned in my sleeping bag as the coffee would never fully let go of my brain.

At 6 a.m., a Jake brake from a semi-truck pulling into the stop caused palpitations in my heart, resulting in me coming fully awake. Three hours or so of rest was good enough, on the road again. The rain had ceased. God decided not to drown us all, again.

Around 9 a.m., I had passed Talladega Motor Speedway and was immersed in the backcountry of middle Alabama, just entering Cheaha State Park.

It reminded me a lot of the Blue Mountains in North Carolina. Similar distant ridge views with peaks of rounded prominence.

I entered the park office and inquired about hiking permits. The two young ladies were extremely welcoming. I had actually read that the park staff was unusually nice there. It’s the opposite for most park staff — they believe the natural area is theirs — they see all visitors as possible stains on the carpet. Their carpet.

I decided to hike around for a while without following any trail, as the summit was clear, a neat little castle-like lookout at the top. Inside, when I entered, ‘twas revealed to be flooded from the rain. Like happening upon a medieval castle shortly after the siege.

Alone at the top like usual. Not to go on an egotistical rant or whatever, but I love having the summit all to myself. Most of mine have been that way. I go in winter or super early and don’t have to share the experience. (Or like an idiot, I go during a series of tornadoes.)

Eleven hours to get home. How far could I go through all the wreckage and flooding before my eyes watered my brain into a freeway coma? Had to push on, as I made a promise to the family, only be gone two days, plus got them spectacular native-to-the-state gifts. That’s always my motivation to return home, no matter what happens, to see and return to my family.

Exiting the park I got gas at an old shack with one pump and no pre-pay option. After filling up, I dipped back in to visit the bathroom and when I came out, the cowboy was there. The man from the start of the story.

I left and so did he. Looking back at the map in retrospect, I see how he took a shortcut and came out on the other side of a long road with baseball fields on both sides that were flooded from the rain.

“That’s not the same black truck is it?” I thought in desperation.

He slowly began going left-of-center. In eight seconds, if this continued, we would collide. I got over, and he took the slack. In two seconds, I’d be in the ditch, so I locked my elbows and stayed the course. He flew by me as our side mirrors somehow didn’t explode into one another. That jerk!

Even with that insane interaction, I do need to apologize to the state of Alabama. I’m not being sarcastic. You are beautiful. Even though I found a condom hanging from a tree in the middle of the forest and a car burning along the highway that was left to melt, all of the humans I encountered (90% female, I guess it should be noted), were very respectful, charming and nice. And what an accent!

On my way home I stopped in Kentucky—they don’t have a true southern drawl—they are just basically speaking lazy Ohio. The Alabama voice is sweet and tangy, exciting and trustworthy. I want to move to the mountains there. Get milk from a blond girl in pigtails who delivers it from the farm of her “paw.”

Took I-25 to Chattanooga, then up to Knoxville. The home stretch is the last place you want to have road rage. But this trucker went the same speed in the left lane as a semi did in the right, and no one could pass for miles. So I gave him an Ohio hello with one of my fingers and honked. Seventy miles later I got gas, went to get back on the highway and a trucker wouldn’t merge. I heard a horn. It was him! I sped past and “learned a lesson” or whatever.

On to Lexington, and finally back through The Nasty. Got home at 9 p.m. Close to 30 hours of driving and 2,000 miles. Longer distance than driving from Ohio to Phoenix, Arizona.

The road knows how to hold me, you see, knows the perfect placement of its arms over my shoulders, offering the support and even a little massage.