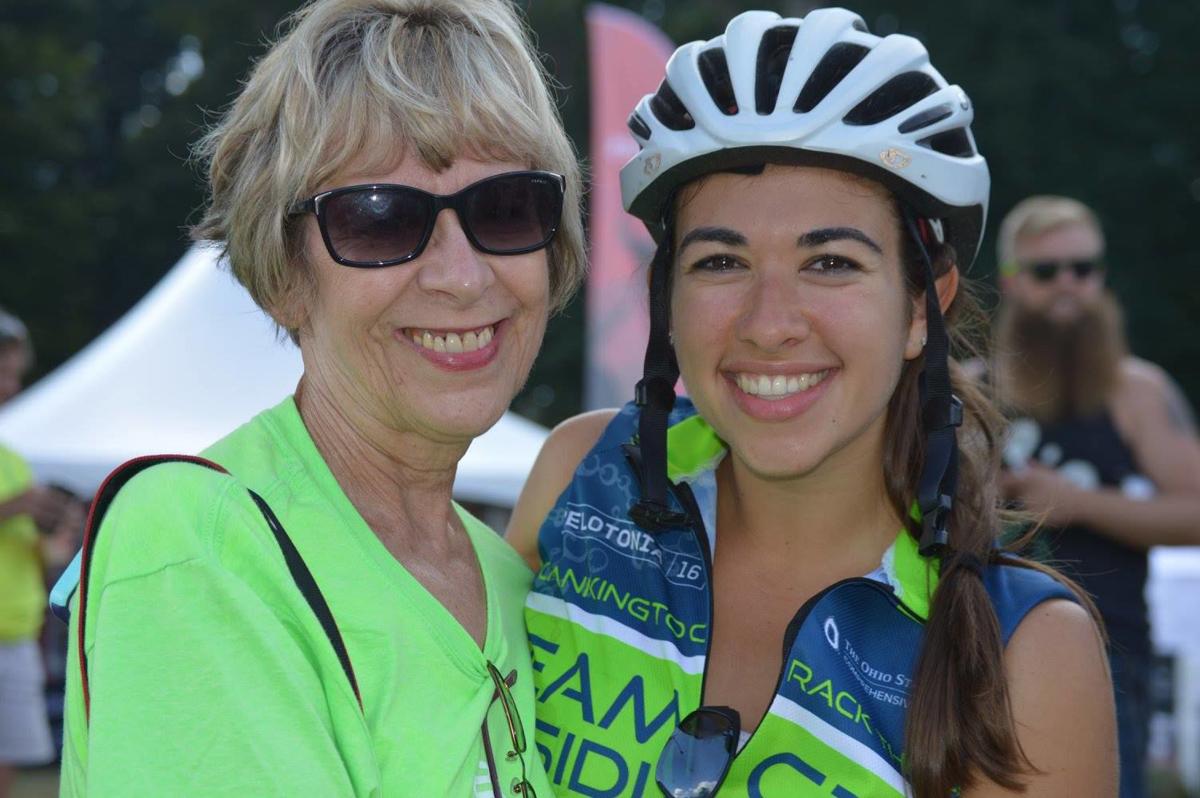 Nancy Wasen, left, smiles with Pelotonia cyclist Anna Maria Bittoni. Wasen was diagnosed with stage four tongue cancer in 2010 and has been cancer-free since 2015. 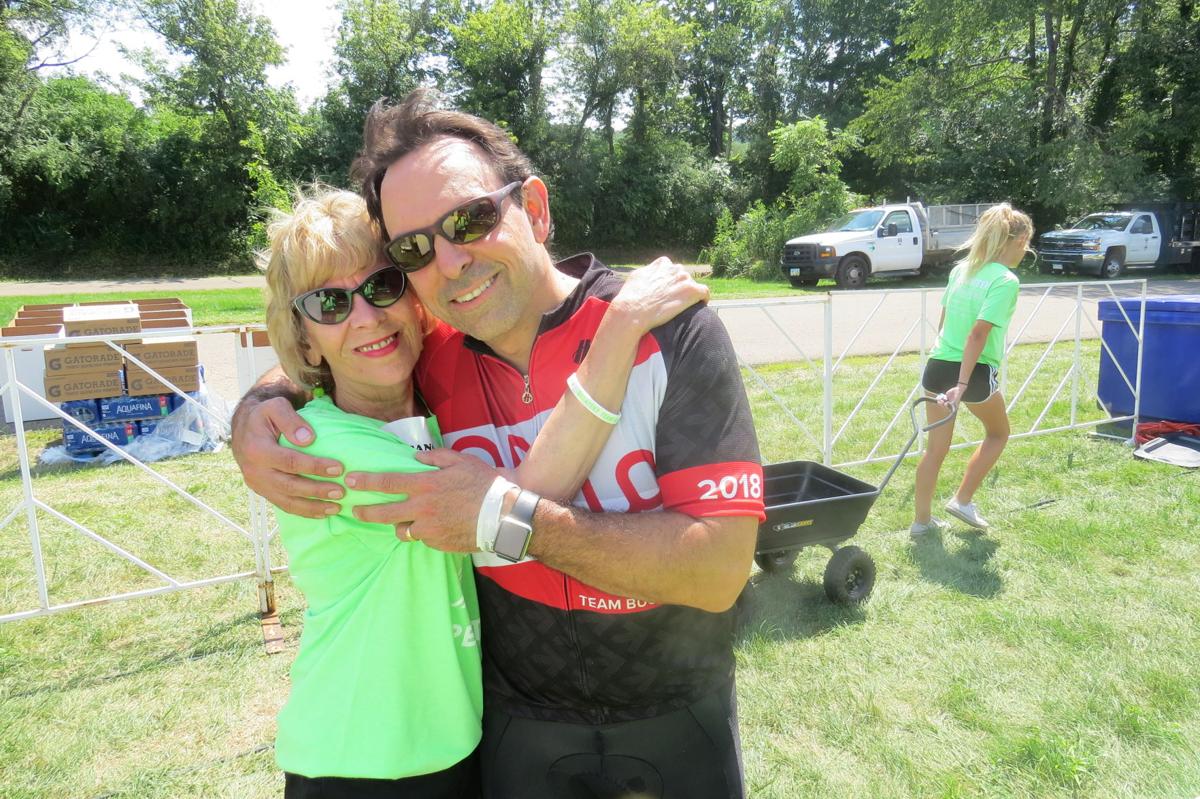 ASHLAND — Nancy Wasen, 69, retreated to her car, laid back in her seat and wept when she heard the news that she had stage four tongue cancer.

“When I heard stage four I almost dropped to the floor,” the Ashland woman said.

Wrought with fear and anxiety, she felt like an emotional wreck. Before closing her eyes that night, she couldn’t help but wonder if her time was drawing near.

The next day, however, it was as though the fog of trepidation had cleared. She felt calmer, determined. She knew she needed to make a plan for recovery.

“I picked myself up, dusted myself off and thought, ‘Okay, Nancy. What are you going to do? You’re either going to stay home, shut the door and die, or you’re going to make a plan,’” she said.

Recalling what her doctor had told her: “Stage four does not mean you’re going to die,” she tried not to think negatively.

“He told me at the time your outlook plays a big part in how you recover, so I just decided I had too much to do. I wasn’t going to die,” she said.

She roomed with a friend in Columbus while she was being treated at The Ohio State University Comprehensive Cancer Center. She underwent 35 radiation and seven chemotherapy treatments from October to December of 2010.

Wasen said her cancer was caused by a combination of smoking (which she did for about 44 years) and HPV.

“I ironically quit (smoking) the year before I was diagnosed with cancer,” she said. “I just woke up one day and decided, not that I wanted to quit, but that I didn’t want to smoke anymore, if that makes any sense.”

Wasen said she was able to stop smoking thanks to hypnotism.

“That’s how I quit, and luckily I’ve never wanted a cigarette since,” she said.

As one who smoked from the age of 15 to 59, Wasen was relieved to be free from her addiction, and now encourages her friends to seek help to do the same.

“The weird thing is, I hated those people, I despised those people who would say you should quit smoking,” she said. “And of course I’ve become one of those people — not to strangers — but to my friends that still smoke. I’ve sent a few of them pictures of me in my radiation mask and say, ‘Hey, you want to wear one of these?’”

Oddly enough, Wasen didn’t abhor her radiation mask as some do.

“I know for some people the mask was a horrible thing. They never want to see it again. I kept mine til just this past year… to me it was my protector, it kept those bad radiation beams from bouncing all over my body,” she said.

Fortunately, Wasen experienced no ill side effects as a result of her treatment, she said.

“For some people the longterm effects of radiation and chemo can be almost as devastating as having cancer, and I just dodged all those bullets,” she said.

“I could cry thinking about it,” she said. “I had such an overwhelming feeling of joy.”

Post-cancer, Wasen says her life is better than ever.

“My life really is a better life after cancer than before cancer,” she said. “I feel I’m more purpose-driven.”

"I need people to know stage four cancer is not a death sentence."

With a newfound zeal for life, Wasen wants to give back. One way she’s managed to do so is through Pelotonia. This three-day bicycling event, slated to take place this weekend, funds life-saving cancer research.

Wasen will never forget her first time attending Pelotonia in 2012.

In 2014, Wasen connected with cyclist Anna Maria Bittoni, who rides on behalf cancer survivors, including Wasen, as part of Team Buckeye. Click here to donate.

For the last two years, Wasen, who is a biscotti baker, has donated biscotti to help raise money for cancer research.

“That’s been my way of donating to the cause,” she said.

Wasen also volunteers at Pelotonia, which she’s done for the last two years.

“For me, it’s the best Saturday of the year,” she said.