But, in 2009, there was virtually nothing. City finances were tight, and there was no organized effort in place to tackle what the city could not afford to do. 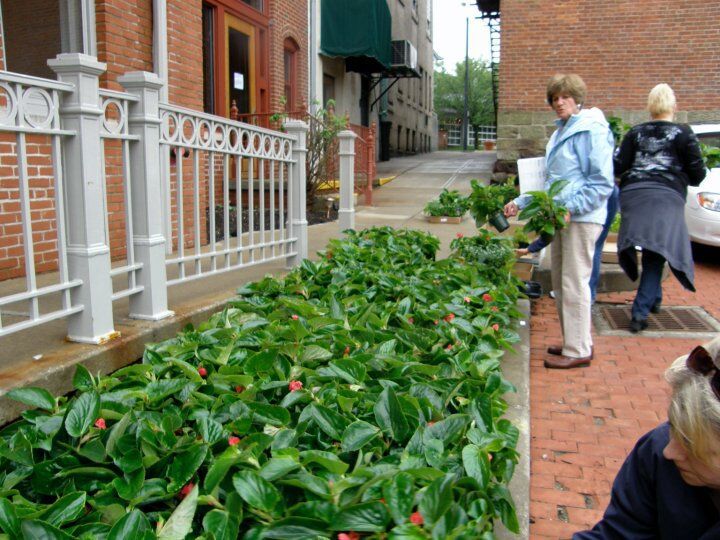 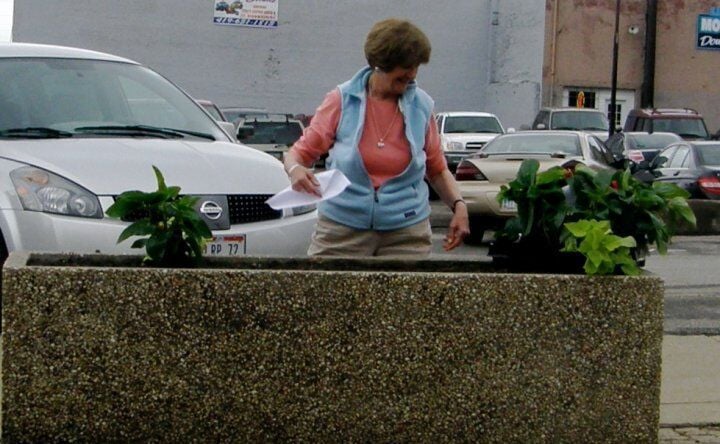 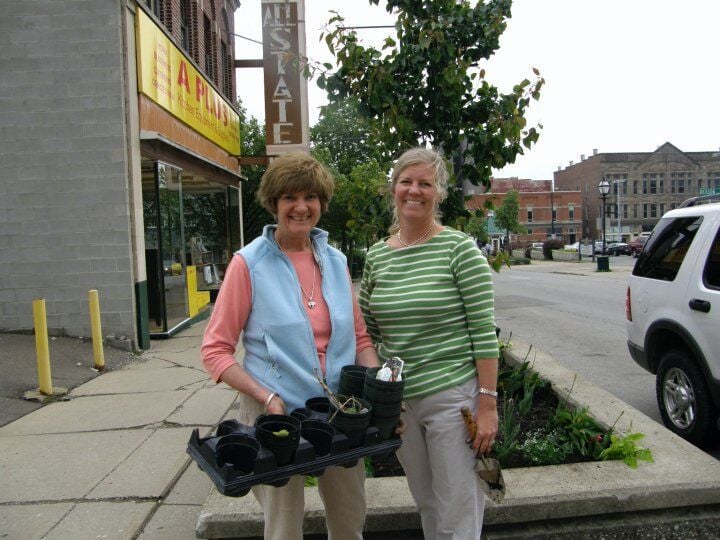 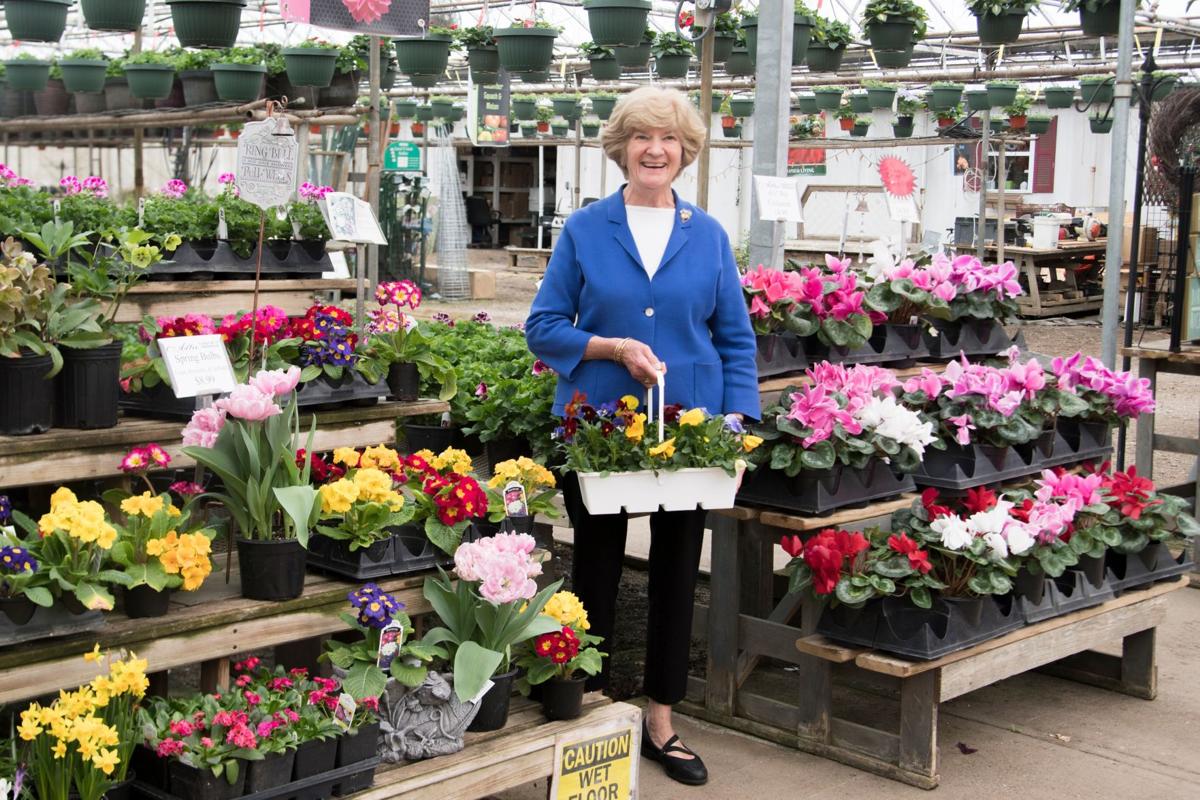 Mansfield resident Pam Siegenthaler is a key player in the splash of floral color that coats the downtown business district each summer.

Mansfield resident Pam Siegenthaler is a key player in the splash of floral color that coats the downtown business district each summer.

Long-time city resident and community activist Pam Siegenthaler was troubled when all she saw in city planters and flower beds was trash and cigarette butts. She consulted with officials from the Downtown Mansfield community improvement group and scheduled a meeting with then-Mayor Don Culliver.

“We told him that if we expected businesses and people to move to our city, we had to do a lot better than this,” Siegenthaler said.

Siegenthaler was in her final year as president of the Richland County Foundation. She had served in that capacity since 1994. Just before that, she had been a board member for the Mansfield City Schools for five years. She had made a lot of contacts in these roles and learned some things about building bridges and generating funds.

Siegenthaler first developed a relationship with Jennifer Kime and Jamie Thompson at Downtown Mansfield. Together, they contacted service clubs, merchants, garden clubs and other civic organizations for help. Many responded with donations and, most importantly, volunteer time.

The designs for the floral planting were provided by Justin Marotta, while his Possum Run Greenhouse provided the plants at cost. The city was supportive of preparing planters and handling watering and some of the maintenance.

It's a recipe that has been essentially followed to this day.

There were about 50 downtown planters in 2010, many of which were part of the original streetscape project. Now, there are 101 planters with several additional beds. The group that began this effort became the city's Beautification Sector. Mansfield in Bloom now plays a significant role in ensuring that Central Park and much of the balance of the downtown is coated with floral colors during the warm weather months.

Siegenthaler is a member of the Mansfield in Bloom steering committee, serving as the lead person for the floral effort. She admits to occasional summer walks through the downtown to check on the quality of the plants and the watering.

The watering, which includes the addition of some fertilizer for the downtown flowers, is being handled on alternating weeks by the city and Newhope Industries. Siegenthaler said a variety of different types of plants have been used over the years, but the most prevalent color has been red.

She added the hanging baskets have been the project of the Richland Community Development Group with support from sponsors.

Siegenthaler was born in Dayton but grew up in Ada, Ohio. Her father, who was a Navy pilot during World War II, operated an insulation and home improvement business in Lima. Her memories of flowers take her back to gardens planted by her mother, grandmother, and great-grandmother.

"I always enjoyed the flowers and did my share of picking them," she said with a quiet laugh.

She earned a degree in business management from Miami of Ohio University. She got a job at Lazarus in Columbus, where she met her future husband, Tom Siegenthaler, from Mansfield. The couple was married in 1966 and located in Mansfield, where Tom eventually took over operation of the shoe store started by his grandfather. The Siegenthaler shoe store was located in a since-demolished building on North Main Street where a portion of the municipal parking lot is now located.

The couple has two daughters, Geneva Cummins, and Claire Proto, both located in the Mansfield area.

Pam went to work for the Fernyak family at Mansfield Typewriter in 1978 and remained there for more than a decade. She recalls being part of the transition from typewriters to desktop computers. That transition involved the introduction of the Computerized Power Typewriter, which she said had word processing and storage capabilities. Clients could save time and money by not having to recreate often used templates such as wills. A unit cost $15,000, she said.

She earned a Masters degree in Business Administration in 1995. Her level of community engagement has been consistent since coming to Mansfield, including current involvement on the governing boards at Richland County Children Services, OSU-Mansfield and Third Street Family Health Services.

When reflecting on her time and efforts in Mansfield, Siegenthaler first said she has always appreciated Mansfield for its small town feel with big city amenities. She added she has learned to value the contributions of every person, no matter the level of earnings or education.

"I appreciate what everyone can do, whether they are wealthy and contribute to a soup kitchen, or are struggling and must eat at that kitchen," she concluded.

Tom Brennan is the retired editor of the News Journal and chairman of the Mansfield in Bloom steering committee. If you are interested in volunteering to help with Mansfield in Bloom floral projects or other activities, please contact Roberta Perry at Roberta@chooserichland.com or 419-755-7234.