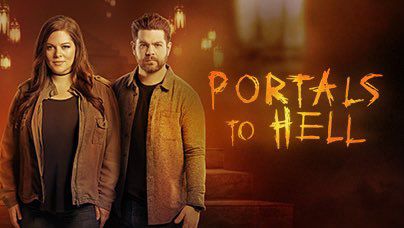 Katrina Weidman and Jack Obsourne host the Travel Channel show "Portals to Hell," which focuses on the paranormal. An episode focused on the former Ohio State Reformatory in Mansfield airs tonight at 10. (Travel Channel photo) 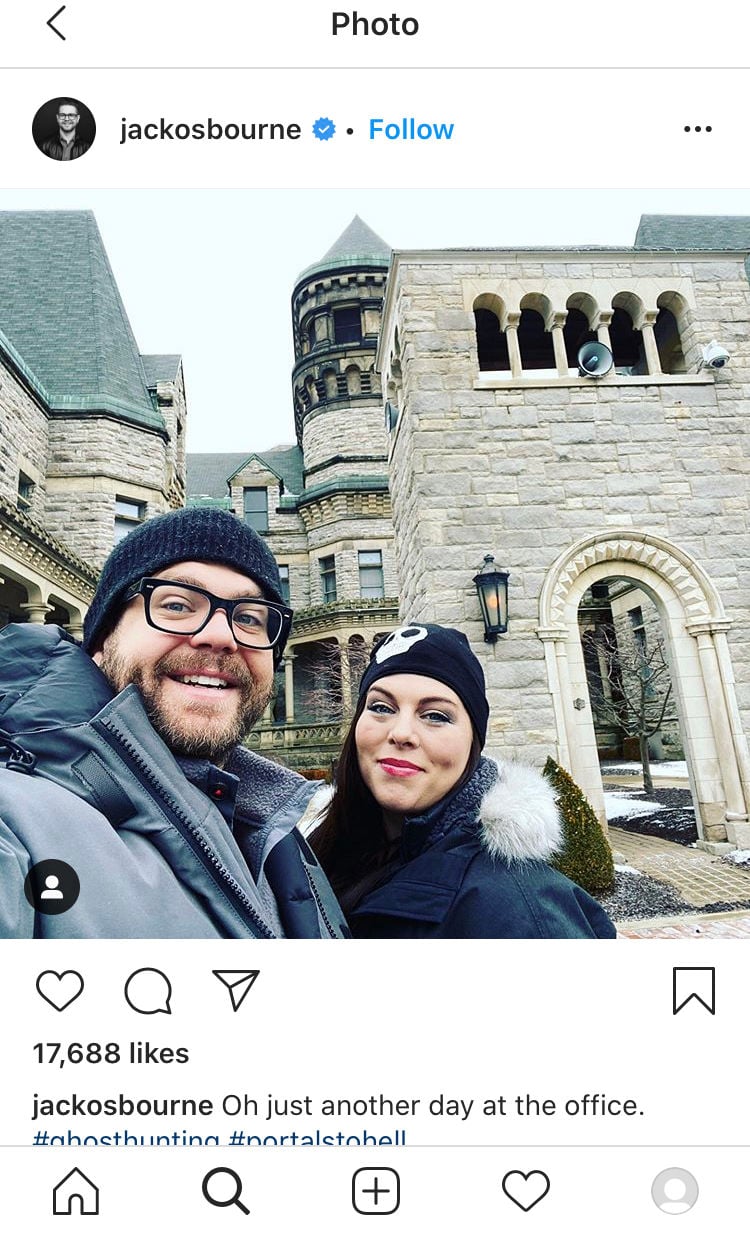 Jack Osbourne, joined here by paranormal investigator Katrina Weidman, posted this on his Instagram account during their visit to OSR.

MANSFIELD -- It's fitting somehow the son of the "Prince of Darkness" would come and search for ghosts at the former Ohio State Reformatory.

A national TV audience will see the results tonight at 10 p.m. when the Travel Channel airs the latest hour-long episode of "Portals to Hell."

The paranormal investigation show is co-hosted by TV personality/executive producer Jack Osbourne, son of legendary rock star Ozzy Osbourne, the former front man for Black Sabbath known for his own interests in the paranormal.

Osbourne was joined in the hunt by veteran paranormal investigator Katrina Weidman, who first gained attention for her work with the Paranormal Research Society. The investigations were the subject of the A&E TV series "Paranormal State."

Hallie Statham-Kitzler, the program and outreach coordinator at OSR, said the duo and their crew were at the site on Mansfield's north side at the end of January/beginning of February.

OSR has been closed to visitors since March 23 due to the COVID-19 pandemic.

"They spent four or five days around the prison and spent one full night inside OSR investigating, from dusk to dawn," Statham-Kitzler said.

Did Jack Osbourne, who starred with his family on the MTV show "The Osbournes" from 2002-2005, behave himself during his time in Mansfield?

"Jack was very nice, very down to earth," Statham-Kitzler said. "Katrina has been here before on a visit, but this was Jack's first time."

According to the show's website, Osbourne and Weidman go on "journeys to notorious haunted locations. Not only do these places have dark histories, but they are especially sinister and purported to be doorways to the spirit underworld. Each hour-long episode finds Osbourne and Weidman at a different site, examining unusual incidents while utilizing specialized technology and a network of experts to help document and uncover the truth."

For this particular episode, the website said, "Jack and Katrina investigate the malevolent spirits haunting the Ohio State Reformatory in Mansfield, Ohio. They dive deep into the abandoned prison's sordid past and gain exclusive access to paranormal hot spots."

She couldn't give away details of the search before the show airs, but Statham-Kitzler said "it was a pretty cool night, for sure."

She said, "They had a really good time. Jack and Katrina and the crew were really impressed by the building and the work being done to restore the building."

In addition to the overnight ghost hunt, the episode will feature interviews done with prison staff members and volunteers, as well as a former OSR inmate and guard.

Statham-Kitzler said OSR's participation in such events helps generate public interest in the prison, which closed in 1990 and is still being restored. OSR will forever be known as the site in which the movie "Shawshank Redemption" was filmed.

"People who may not know about OSR may see the show and want to come visit and check out the building themselves, when we re-open," she said.