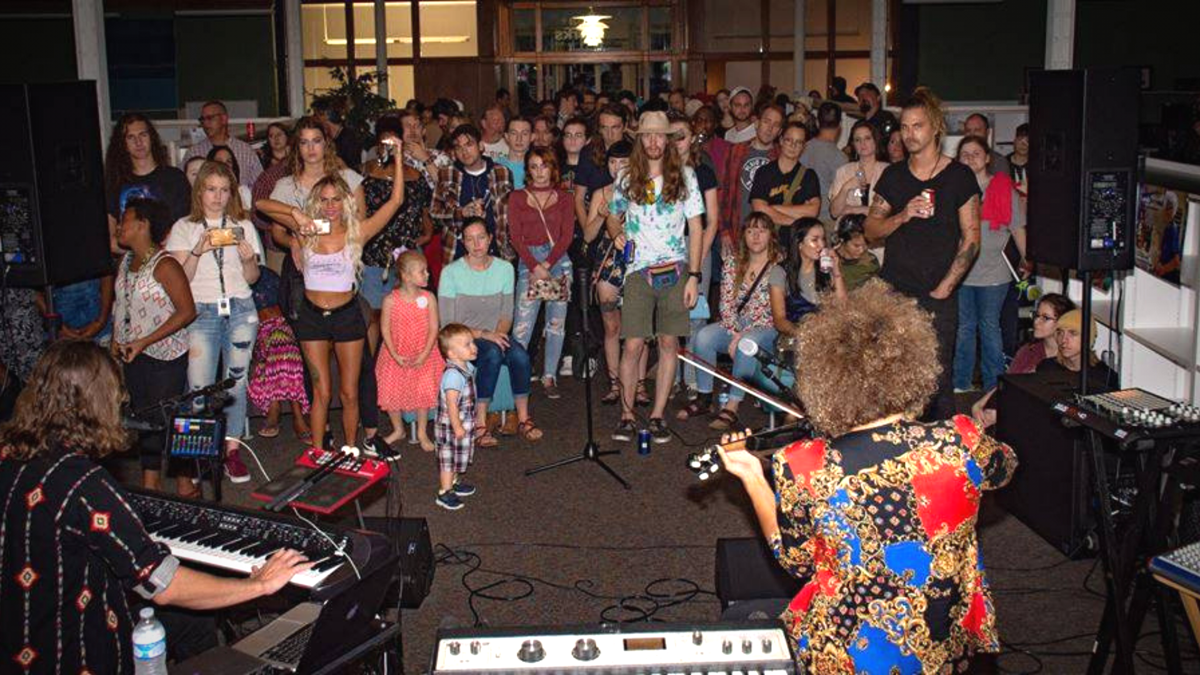 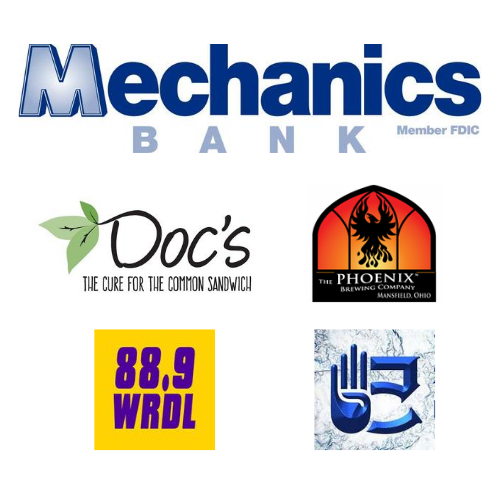 These generous sponsors support Newsroom After Hours and the local music scene. We couldn't host free shows without them.

After initially announcing the lineup and April-October concert schedule in February of this year, we made plans to bump everything back to August and host three larger shows in August, September and October.

But COVID-19 didn't fade away like we hoped. After Richland County went Level 3, we decided to err on the side of caution and cancel this year's shows.

Newsroom After Hours, which is in its fifth year, prides itself on highlighting local, original artists in a welcoming, intimate, sometimes-rowdy setting.

Partners like Mechanics Bank have come aboard to support local music as the presenting sponsor. Doc's Deli and Phoenix Brewing Company help us provide free food and beer to attendees. And Studio 45 Multimedia and WRDL collaborate with us to promote the shows. We could not host this series without support from these local partners.

And of course there's the music. Most importantly, the talented bands and musicians of Mansfield and surrounding communities have been eager and willing to take our stage.

It's been a tough year for musicians. Below are the artists that were set to perform at Newsroom After Hours Vol. V. Support them by following their social pages and listening to their music. We hope to have all of them back next year. See you in 2021!

Moving In Circles -- This Canton-based alternative metal band is lead by Paul Murray, who went to Ashland University. They play shows to packed houses across Ohio and are @CirclesMoving on Facebook and Instagram. Listen to them on Spotify and Apple Music.

Loser's Club -- The four-part, Galion-based alternative rock band was originally set to kickoff the 2020 Newsroom After Hours season in April with Moving in Circles and Maybe Later. They are @LosersClub2 on Facebook and you can check out their music here on Bandcamp.

Maybe Later -- The Alternative Pop Rock band from Mansfield was formed in 2016. They released a new single, "Devils" earlier this year and you can check out their Spotify here. They are @MaybeLaterOH on Facebook and Instagram.

Clint Knight -- From Bellville, singer-songwriter Clint Knight performs both covers and originals. You can follow him on Facebook at @clintknightmusic and catch him around town performing at The Phoenix Brewing Co. or Wishmaker House Bed and Breakfast.

Mr. Matthew -- Singer-Songwriter Luke Miller, of Mansfield, is known as Mr. Matthew. Listen to his tracks on Soundcloud and one of his latest songs "Winter (Spring)" here.

I Told You -- The music duo consisting of Adam Holman of Ontario and Andre Robinson of Columbus, "focuses their talents on creating music that blurs genres and entertains the masses." They're @itoldyoumusic on Facebook, Instagram and YouTube. Listen to their stuff here.

Ricky Mitchell -- A local favorite, you can catch singer-songwriter Ricky Mitchell playing at various venues around Mansfield. He played previously at Newsroom After Hours in 2018. Find him on Facebook at @rickymitchellmusic where he often plays Live and listen to him on Spotify here.

Tokyo Ghost -- This "Thrash-Math-Indie-Jazz duo" was set to play at Newsroom After Hours on July 17. You can find them on Facebook at @tokyoghostband.

Bodytrip -- Self-described as "Devil's music for the whole family," you can listen to the Mansfield-based Indie, Psychedelic Rock band on Bandcamp, Spotify, Apple Music or Google Play. They're @thisisbodytrip on Facebook and Instagram.

Alan Carl -- The country singer, @ArtistAlanCarl on Facebook and @AlanCarlMusic on Instagram, has played with artists across the country. He recently released his third single, Pretty Girl. You can listen to that and more from Alan Carl on Spotify and Apple Music. Visit his website here.

County Line -- Originally founded in Ashland, @CountyLineOfficial on Facebook and Instagram, plays on stages around Ohio. They have released multiple singles and you can listen to them on Spotify and check out their website for merchandise, upcoming dates and more.

Bonesaw -- Head over to @BONESAWOHIO on Facebook to check out this metal band from Mansfield. They're scheduled to play at The Electric Co. on W 4th Street in a "Heavy vs Hip Hop Weekend" on September 18 and 19 with Tokyo Ghost, Sink the Ship, Thuh Koz, Sadhour and more. Be sure to check that out.

Sink the Ship -- Another Mansfield-based metal band, Sink the Ship was scheduled to play at Inkcarceration Festival in 2020. Their single, "Demons" was released in October of 2019. Find them at @sinktheship on Facebook and listen to their music on Spotify and Apple Music.

Thuh Koz -- Born and raised in Mansfield, the hip-hop group, Thuh Koz lit up the room at Newsroom After Hours in 2019 and we definitely wanted to bring them back for another round. Find them on Facebook at @thuhkozdtfk, on Instagram @down4_thuhkoz, visit their website and listen to their new single, "Electric" and more on Spotify and Apple Music.

Sadhour -- The sad boys from Mansfield are a Hip-hop/rap group you'll want to check out. Follow them at @wearesadhour on Instagram and listen to their album, full-length EP and latest single on Spotify, Apple Music and Soundcloud.

MORE FROM NEWSROOM AFTER HOURS:

WATCH: GutterCatz at Newsroom After Hours

GALLERY: Newsroom After Hours Punk in the Garage

Lost in Translation by Pale Criminal at Newsroom After Hours

Luke Adkins at Newsroom After Hours

Newsroom After Hours -- The Touch "I Am God"