"They did a great job with the new stuff," one of them said.

The "new" stuff at North Lake Park and Johns Park consists of $250,000 worth of new equipment, all funded by Community Development Block Grant funds from the U.S. Dept. of Housing and Urban Development. 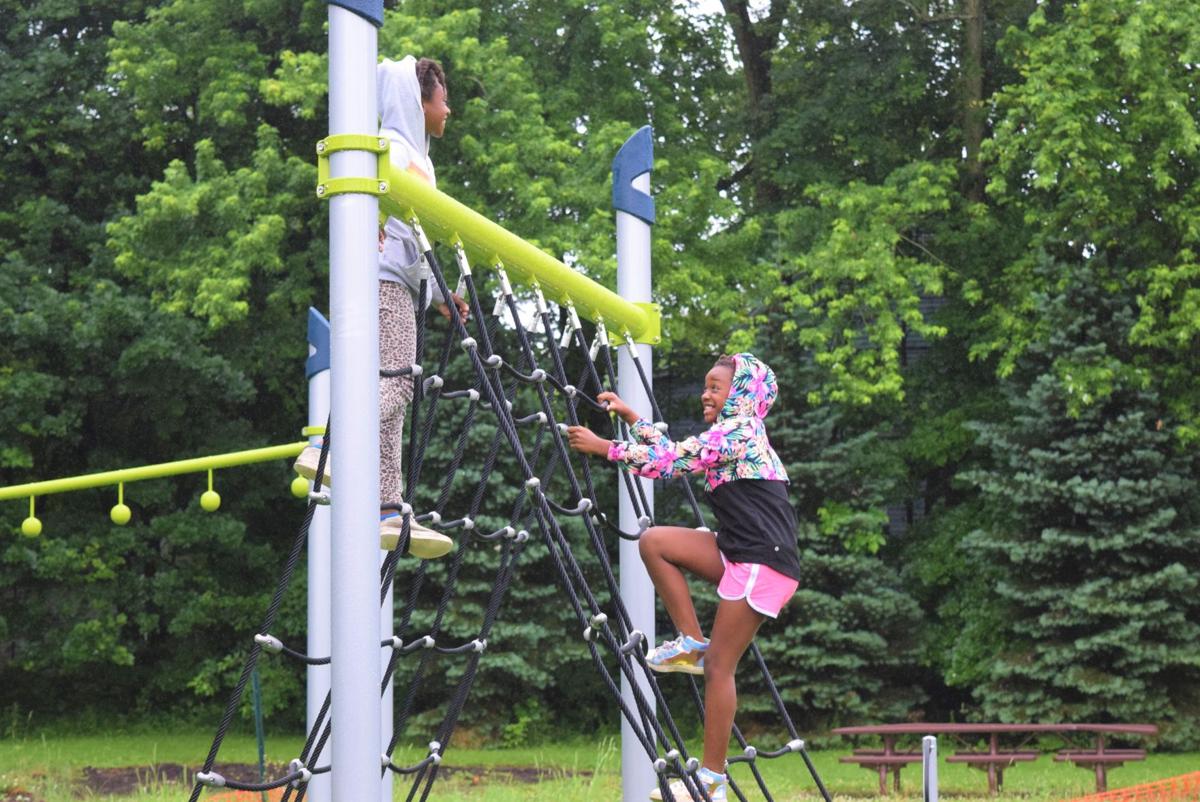 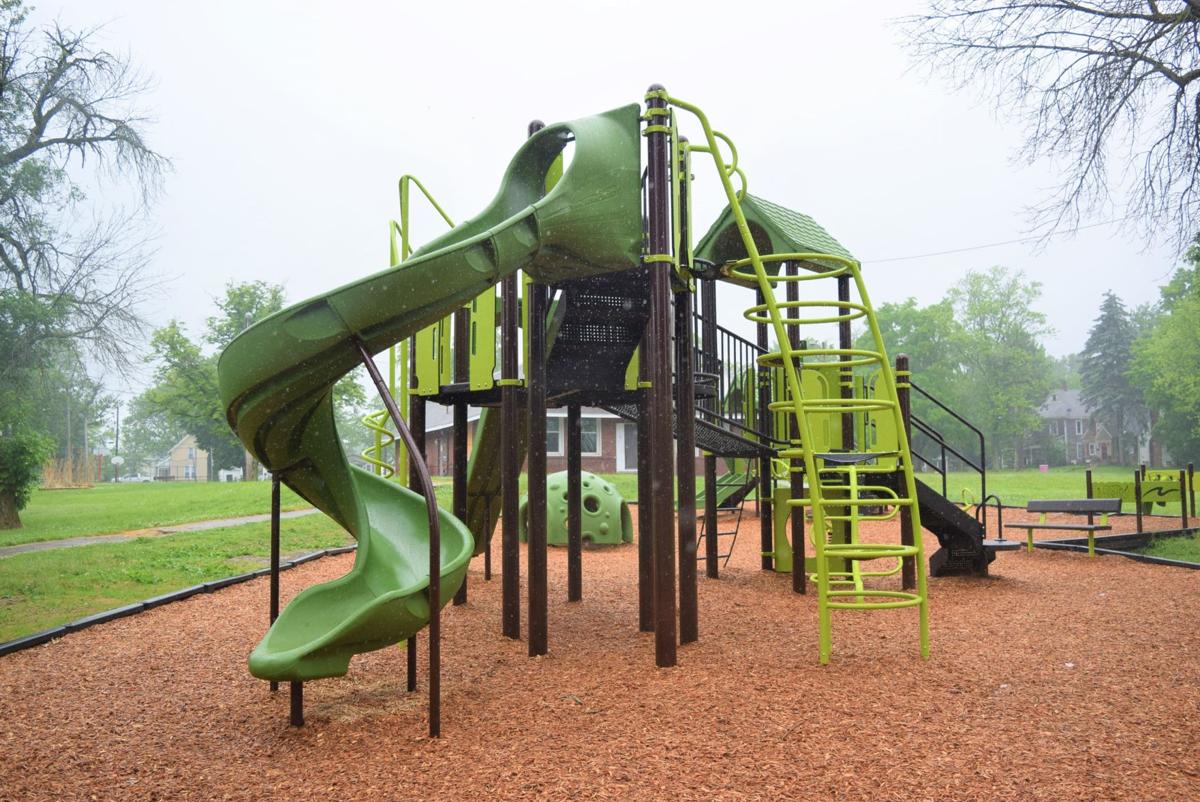 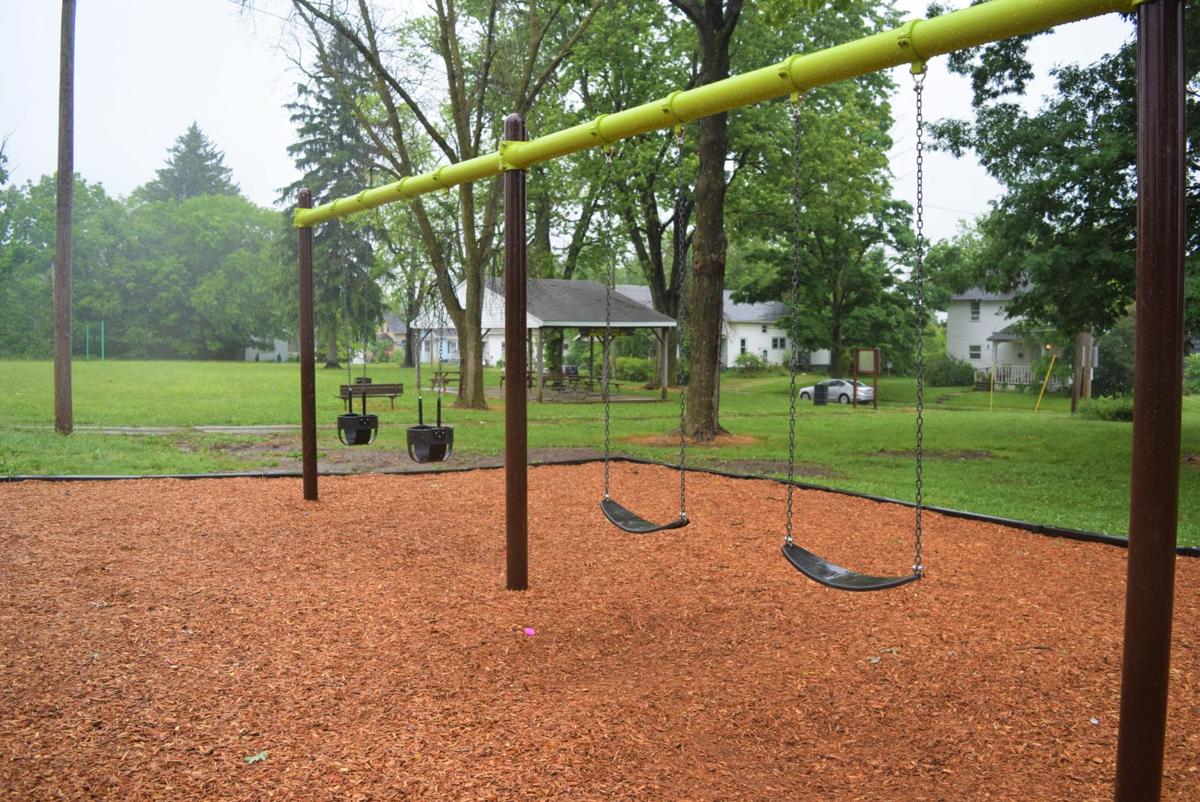 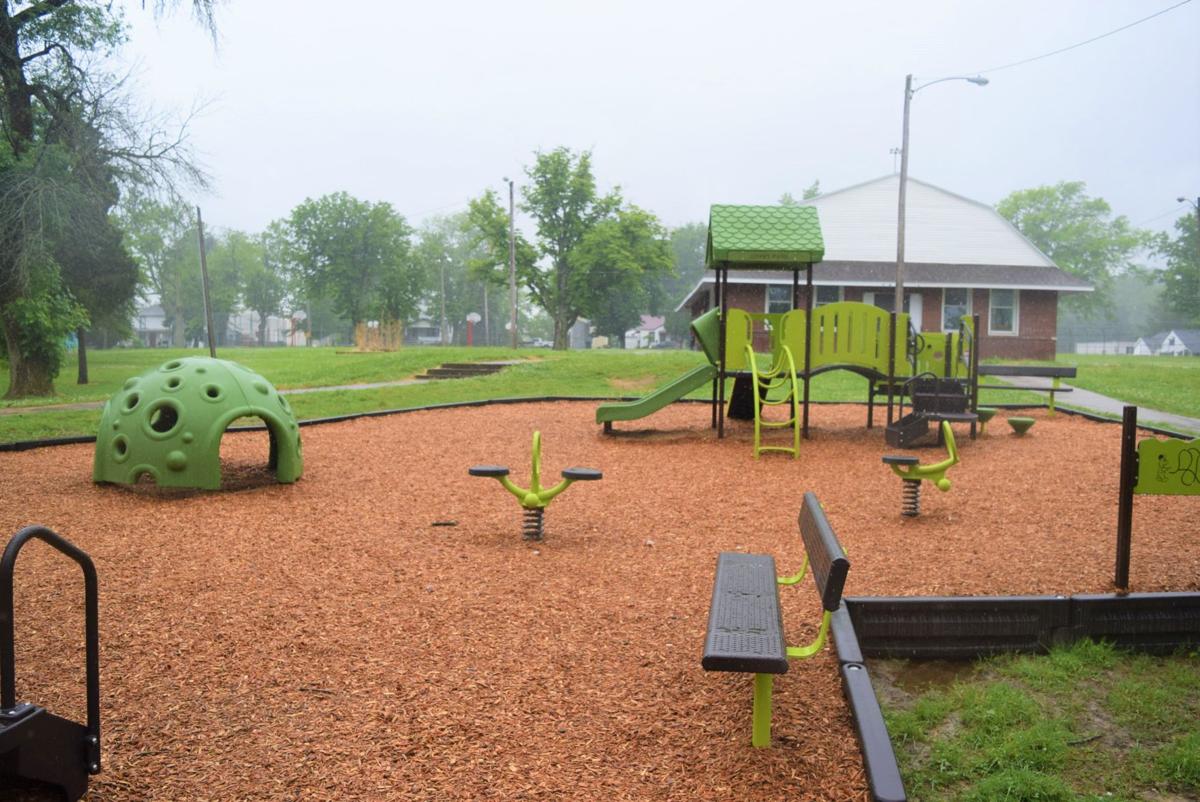 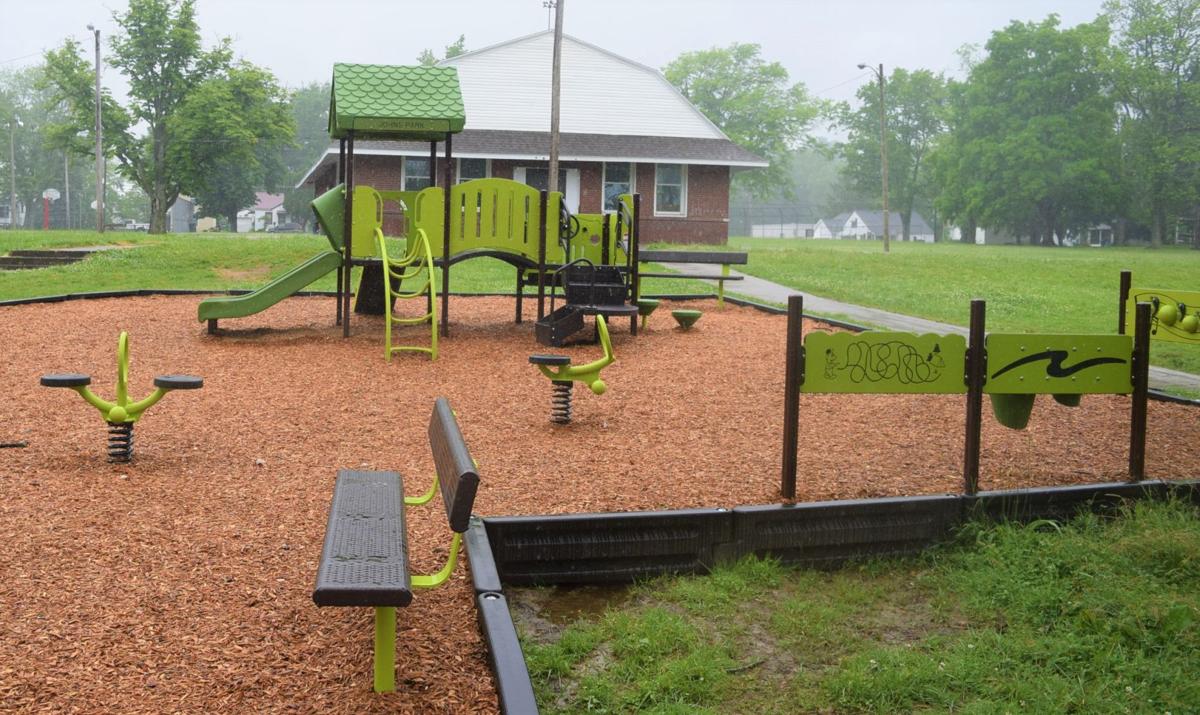 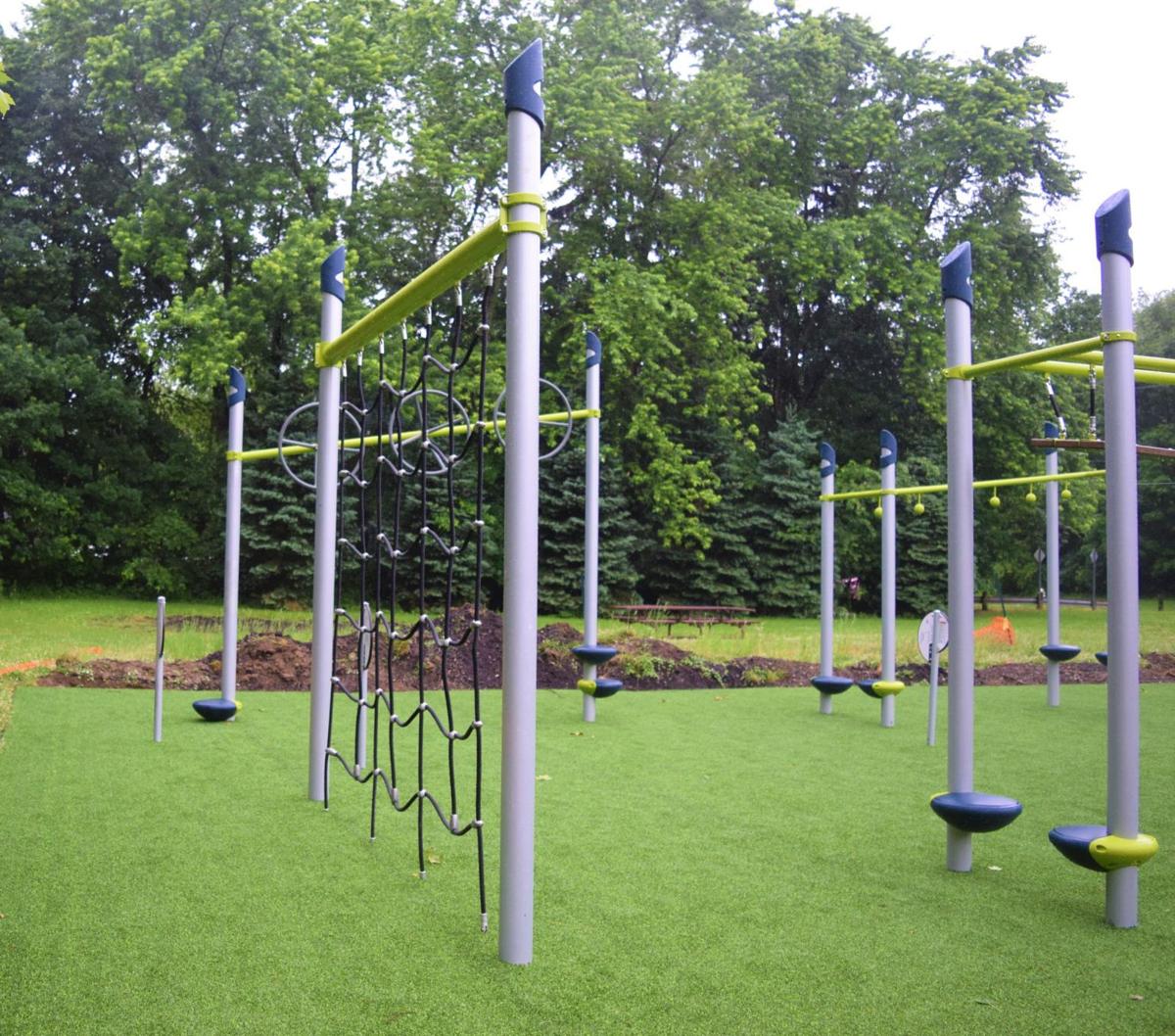 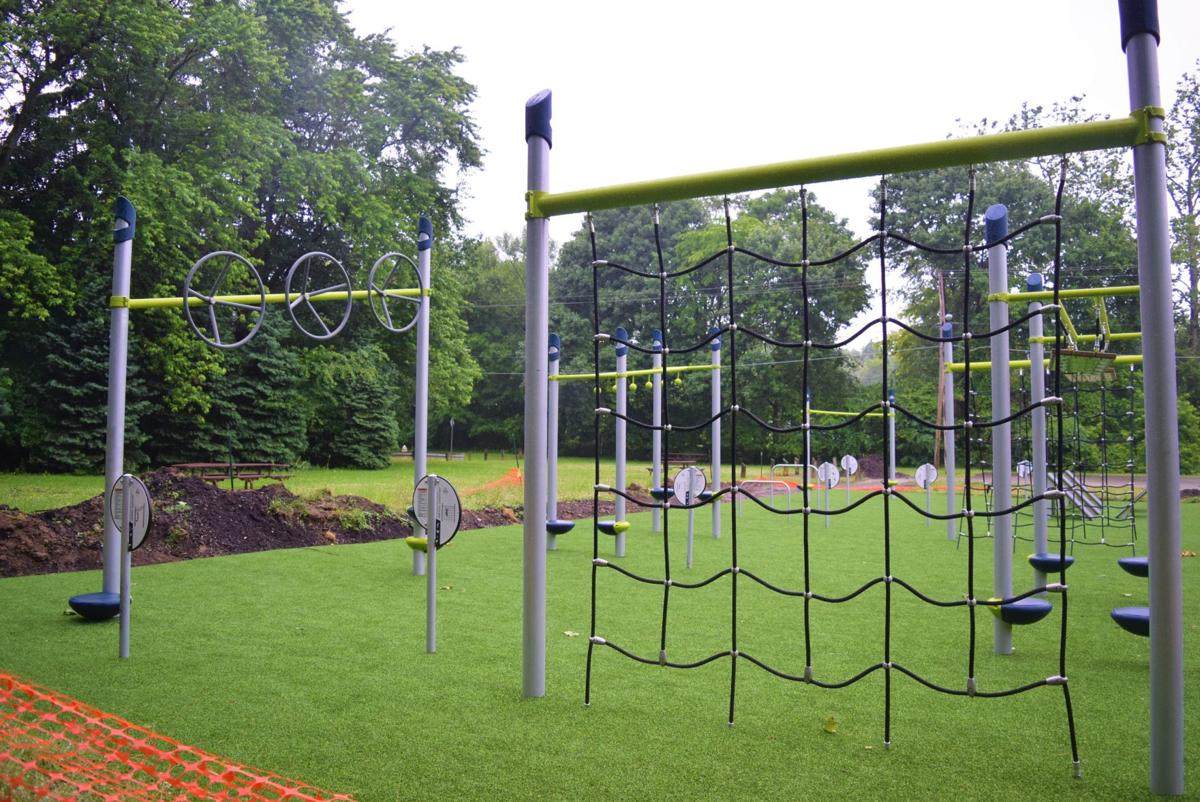 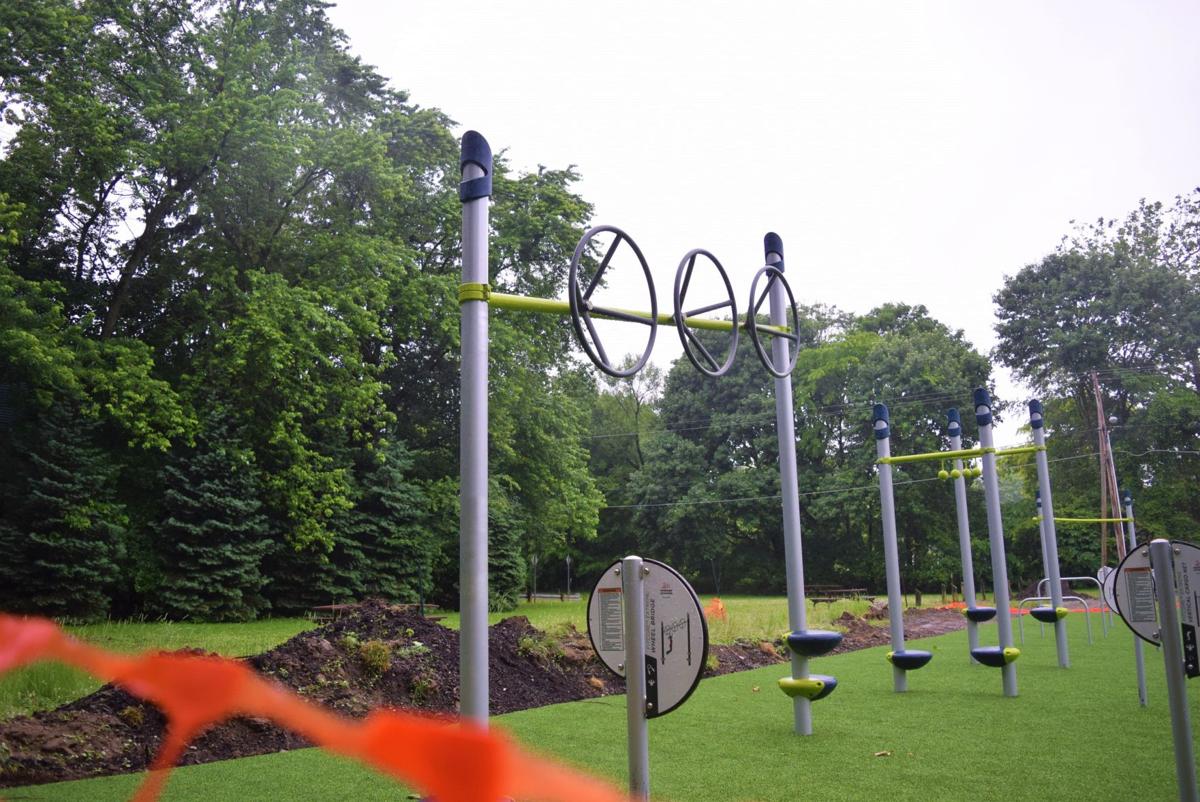 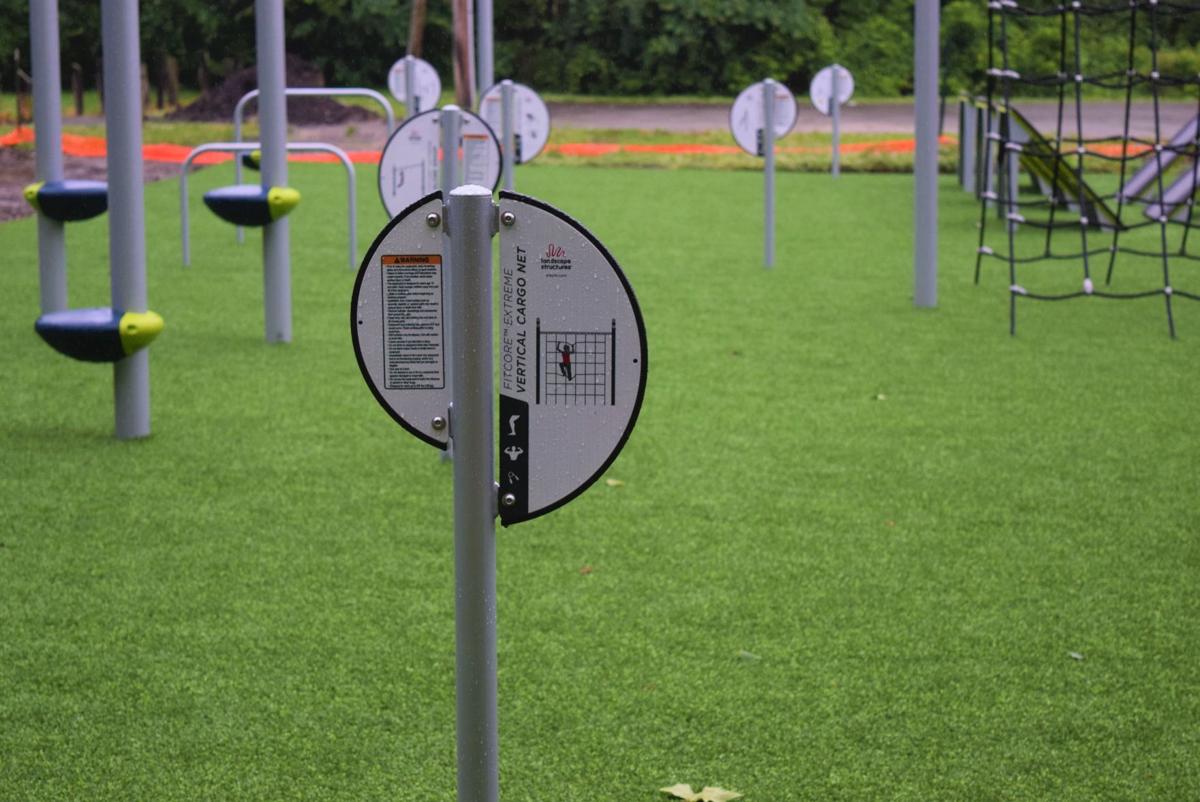 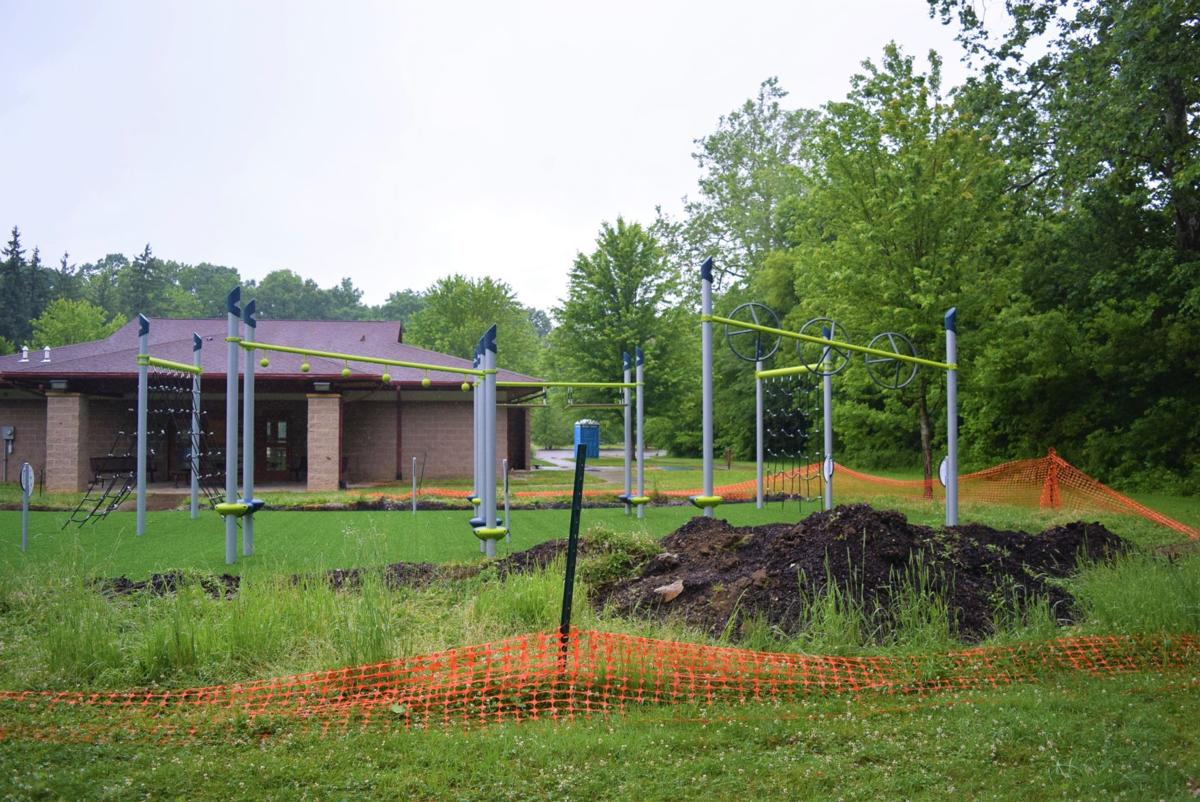 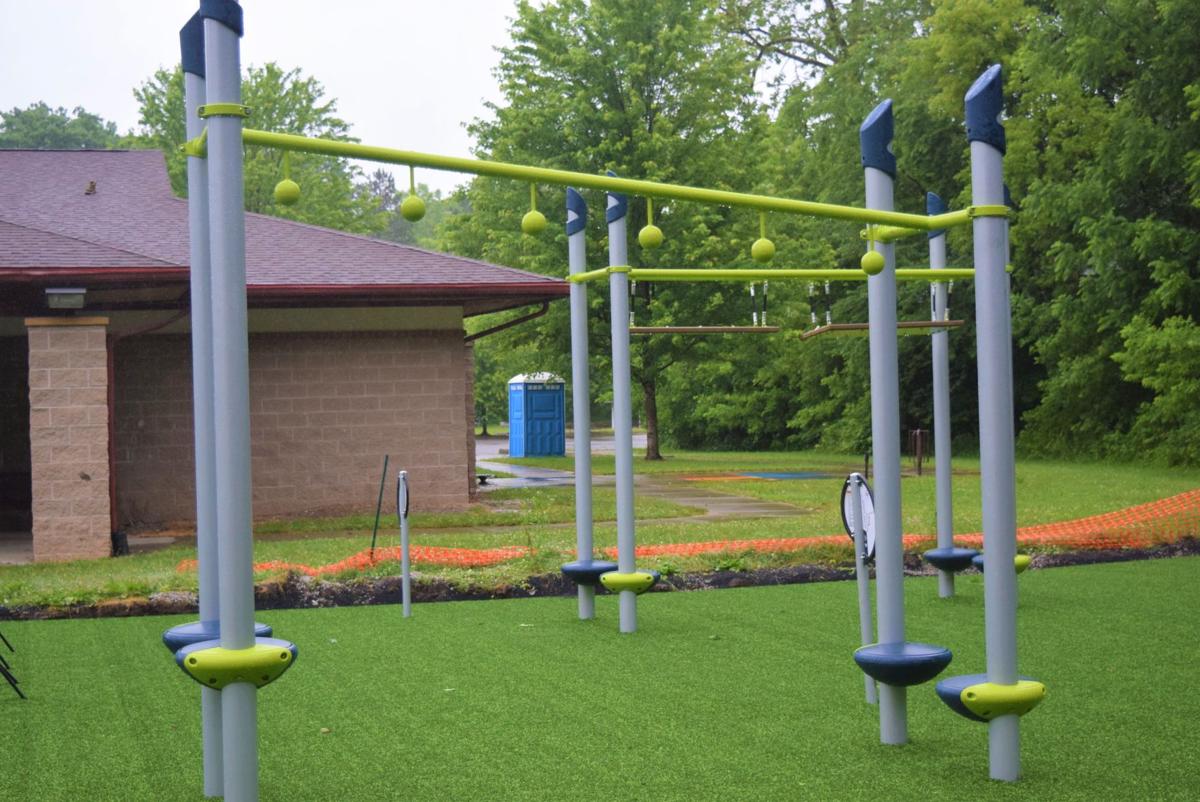 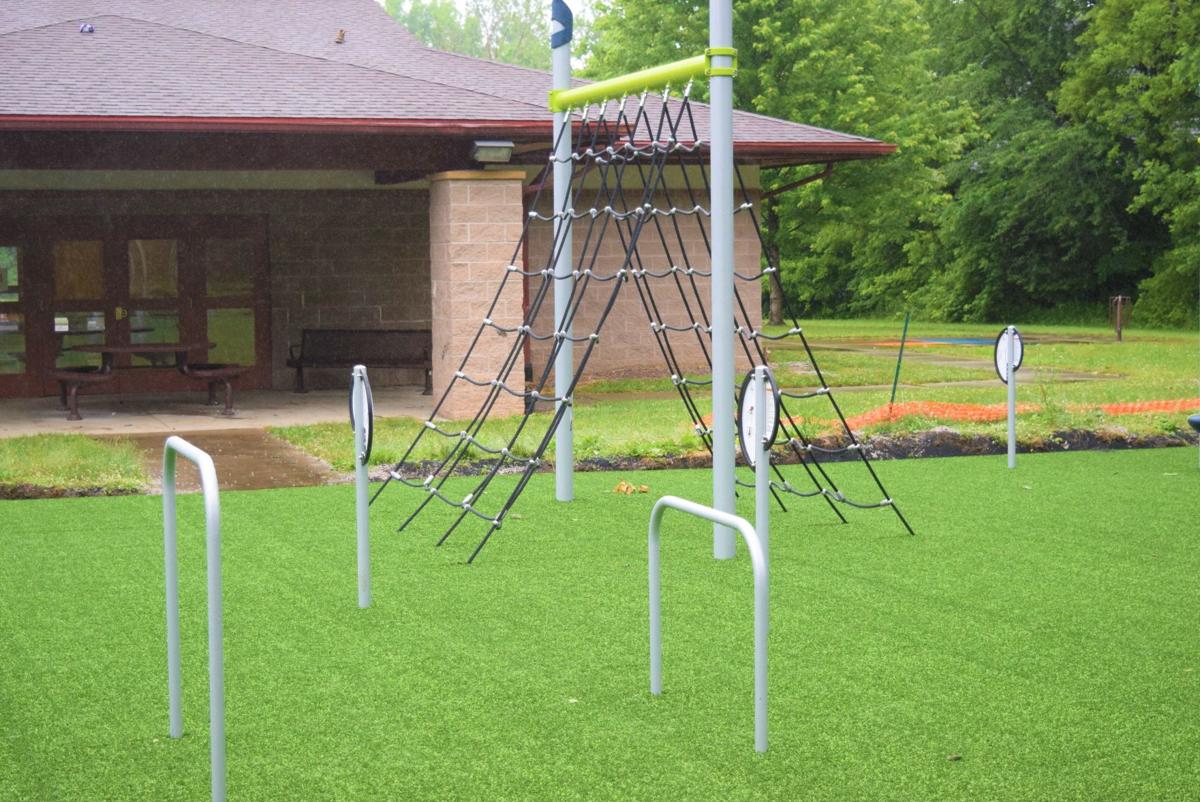 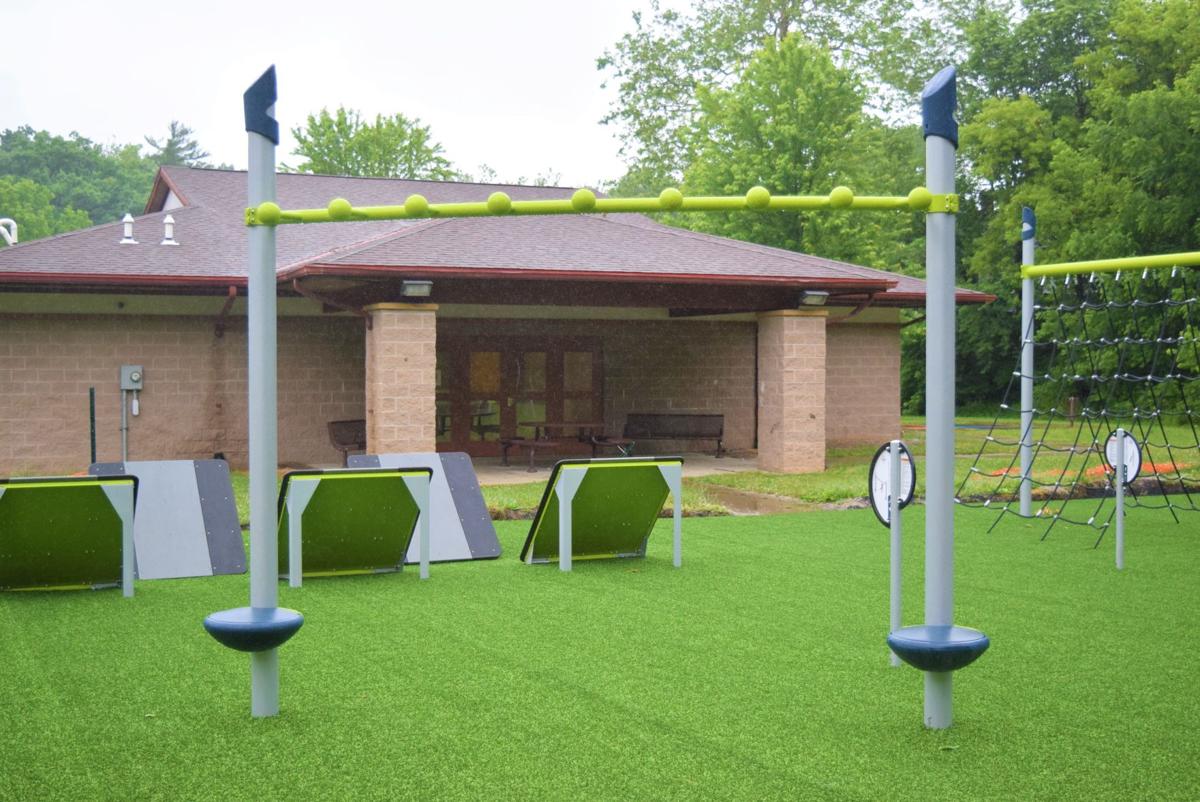 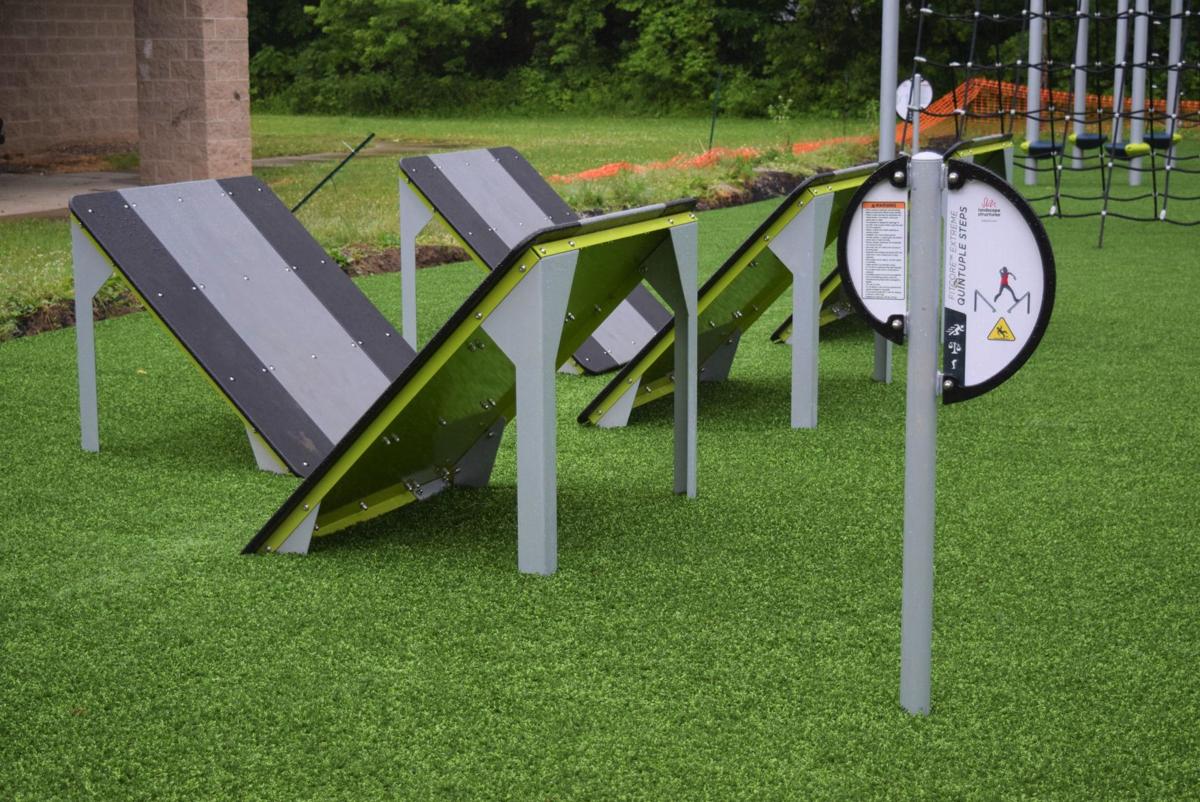 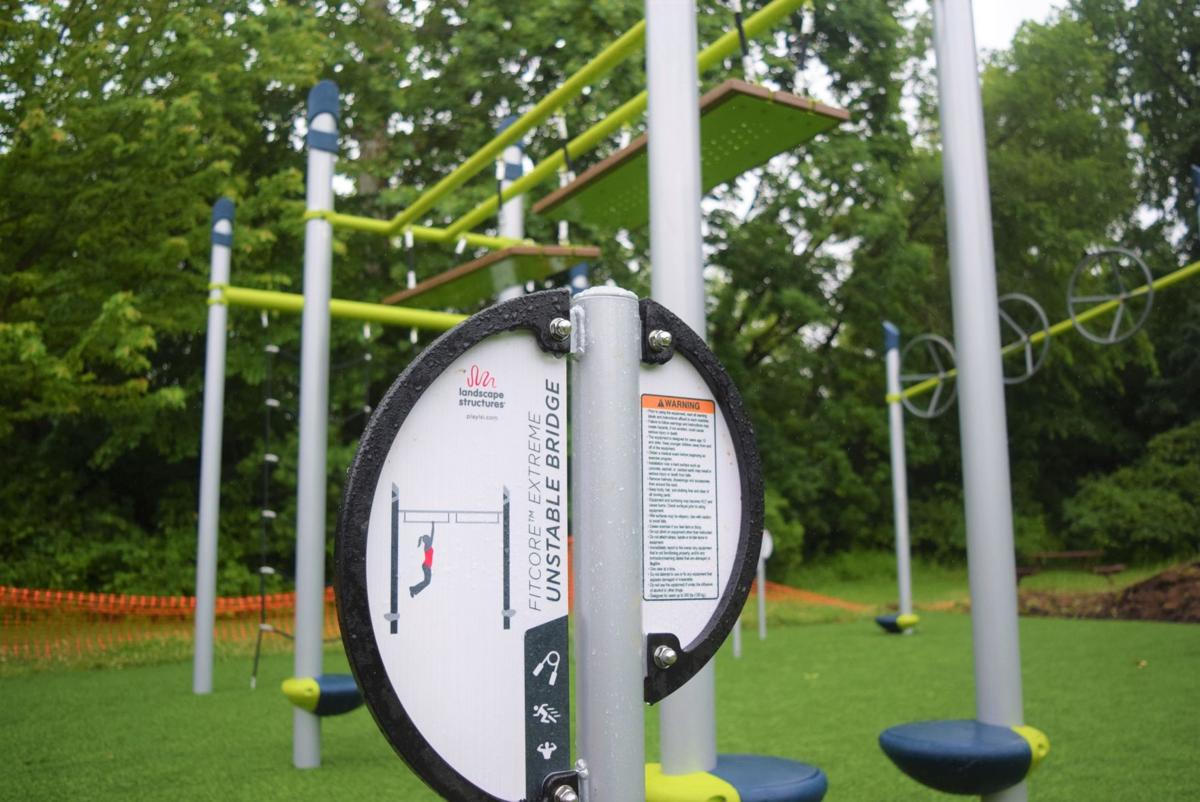 Photos of new playground equipment recently installed at North Lake Park and Johns Park in Mansfield. Funds for the projects came from Community Development Block Grant funding through the U.S. Dept. of Housing and Urban Development.

The two sites offer dramatically different fun things for children of all ages now that city parks are again allowed to open during the COVID-19 pandemic.

North Lake Park has eight pieces of equipment on the south side of the pavilion, all resting comfortably on a soft turf.

Patterned after the obstacle courses made famous on TV's "American Ninja Warrior" show, participants can try their luck on things like the "Unstable Bridge," "Globe Grasp," "Peg Bridge" and "Quintuple Steps."

Mark Abrams, the city's parks and recreation manager, said the new offering is in keeping with the Saturday morning runs that have become a staple at the park.

"It's focused more on physical activity, not necessarily for smaller children," Abrams said. "It's something for teenagers and adults to have something to do.

"The turf is more padded. If someone does fall or take a tumble, it will break the fall more than wood chips," he said.

Abrams said there is more traditional playground equipment available a few blocks away at South Park.

At Johns Park, the new equipment is also more traditional, aimed at ages 5 to 12, Abrams said. There are new swing sets, benches, slides and things for smaller hands, arms and legs to climb.

Abrams said all of the city's parks and playgrounds are open and available daily, closing around dusk.

Abrams said no new playgrounds or capital expenses are planned for the city's parks this year.

"This is likely all we will get done this year due to possible budgetary concerns. We will see where we are at come the end of the year and plan what we can do next year," Abrams said.