POWELL, Ohio — He’s majestic, weighs approximately 3,500 pounds, and is an important representative for his vulnerable species. And his name is Brian.

The Columbus Zoo and Aquarium has recently welcomed a 4-year-old greater one-horned rhino, who arrived on April 9, 2021, from the Center for Conservation of Tropical Ungulates (CCTU), an Association of Zoos and Aquariums (AZA) Sustainability Partner located in Florida. Columbus Zoo Animal Care staff, along with a staff veterinarian, and Facilities team members, traveled with Brian to ensure he arrived safely. 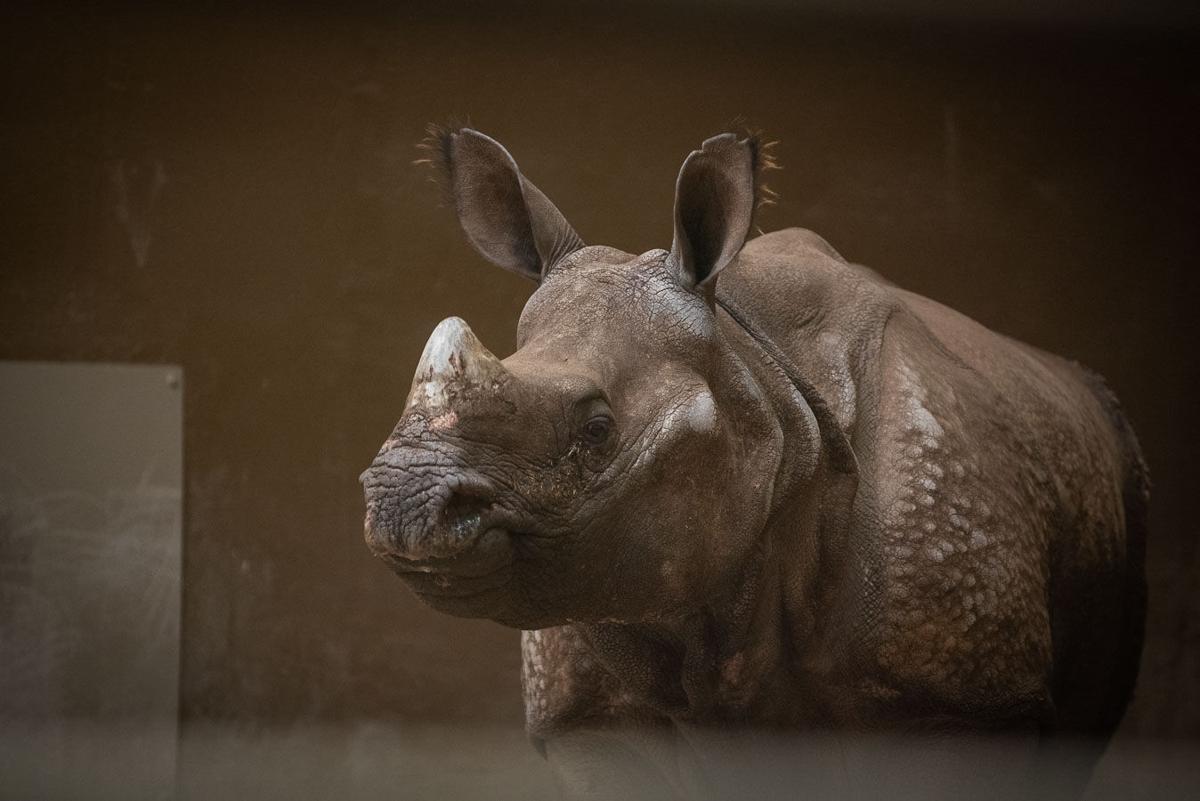 Brian the Rhino was brought to Columbus to be a breeding bull. 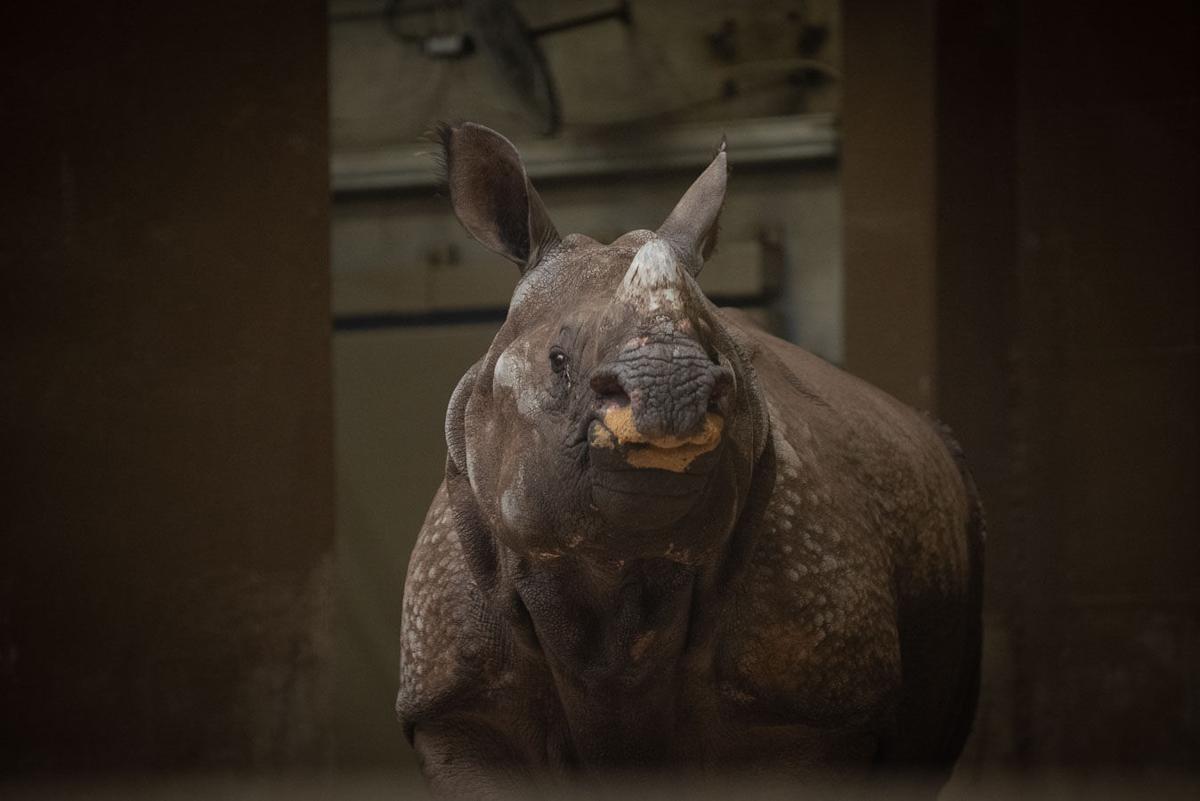 Brian the Rhino was brought to the Columbus Zoo from Florida. 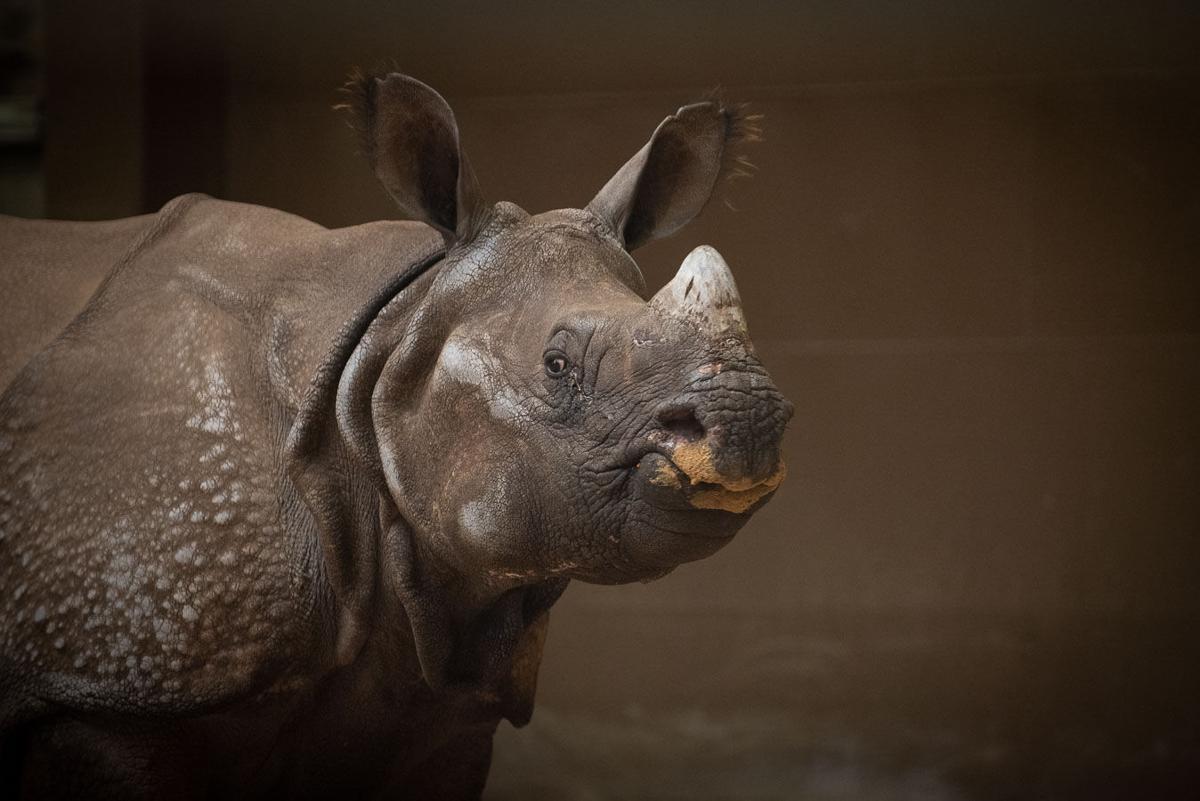 Brian the Rhino was brought to Columbus to be a breeding bull.

Brian the Rhino was brought to the Columbus Zoo from Florida.

His care team in the Zoo's Asia Quest region reports that Brian has been settling in well. The team took cues from him and introduced him to different areas behind the scenes when he indicated that he was ready. Keepers have also been working with him to establish a trusting bond — especially over applesauce and alfalfa hay.

Now that Brian has had time to become more familiar with his surroundings, beginning this weekend, guests will have the opportunity to view him in the indoor habitat located in the elephant and rhino building. They will likely find him engaging in one of his favorite activities — playing in the sand pile! Viewing schedules will be determined by Brian and are subject to change.

Brian's move was recommended as part of the Association of Zoos and Aquariums' (AZA) Species Survival Plan (SSP), a cooperatively managed program designed to maximize the genetic diversity and increase the population sustainability of threatened and endangered species in human care.

Currently, there are approximately only 80 greater one-horned rhinos in zoological facilities in North America.

Providing a home to a greater one-horned rhino at the Columbus Zoo is extremely important. It also further allows the Columbus Zoo and The Wilds to partner together on the vital effort to breed this vulnerable species. Greater one-horned rhinos are solitary by nature and only come together during breeding. When a male and female do come together, the courting behavior can be rather extreme.

The pastures at The Wilds in Cumberland, Ohio, are a perfect location for these introductions. With this in mind, the Zoo and The Wilds support the Rhino SSP program by having the Zoo house Brian, The Wilds' future breeding bull. This partnership will allow for an easier transition when the time comes for The Wilds to welcome Brian and introduce him to the females.

Guests who visit the Columbus Zoo's Asia Question region will notice that renovations are taking place in the rhinoceros yard. This habitat was once home to Rosie, the beloved black rhino. She lived a long life, but sadly, at age 30, her health rapidly declined, and she was humanely euthanized in November 2020.

At the time, the habitat provided Rosie (and previously other black rhinos, Kijito and Kulinda), with a home that allowed the Animal Care team to manage a pair of black rhinos to support this species native to Africa.

To carry on Rosie's legacy and continue the Zoo's rhino conservation efforts, these renovations are underway in the rhino yard along the northwest corner of the elephant and rhino building to prepare for the needs of the greater one-horned rhino, which is native to Asia.

The habitat will include several new features, including the expansion of the two smaller yards into one larger space, a pool for this semi-aquatic species, and additional viewing locations for Zoo guests. The renovations, which are being funded thanks to the generosity of Franklin County voters supporting the Zoo levy, as well as other financial support and contributions, are expected to be completed in late spring.

"As a representative of his vulnerable species, Brian is playing a vital role in protecting the future of greater one-horned rhino," said Columbus Zoo and Aquarium Interim President/CEO Jerry Borin. "Our Zoo and Wilds staff are proud to join our community and conservation partners to raise public awareness about rhinos and help sustain their population so rhinos can be around for generations to come."

According to the World Wildlife Fund, only 600 individuals survived in their native ranges of India and Nepal by 1975. Since then, researchers estimate the population has grown to exceed 3,500 greater one-horned rhinos living in these areas.

However, these rhinos continue to face threats, including invasive grasses taking over their habitat and weather extremes like flooding. They are also killed by poachers who sell rhino horn for ornamental or traditional medicinal purposes even though there are no scientifically proven health benefits for its use. The horns are made of keratin — the same substance that makes up fingernails and hair.

To further protect the future of rhinos, the Columbus Zoo and The Wilds have provided more than $218,000 in the last five years to support conservation projects benefiting rhinos in their native ranges. This includes monitoring black and white rhinos in Zimbabwe's Lowveld region through the International Rhino Foundation, protecting black rhinos in the Ngulia Rhino Sanctuary in Kenya through the African Wildlife Foundation and habitat restoration focused on the shortgrass that white rhinos eat through the White Rhinos: Rhinoceros Fund Uganda.\

The Columbus Zoo is also an active participant in the AZA's Saving Animals From Extinction (SAFE) program for black rhinos. The Wilds is the only facility outside of Africa with white rhinos born four and five generations removed from their wild-born ancestors.