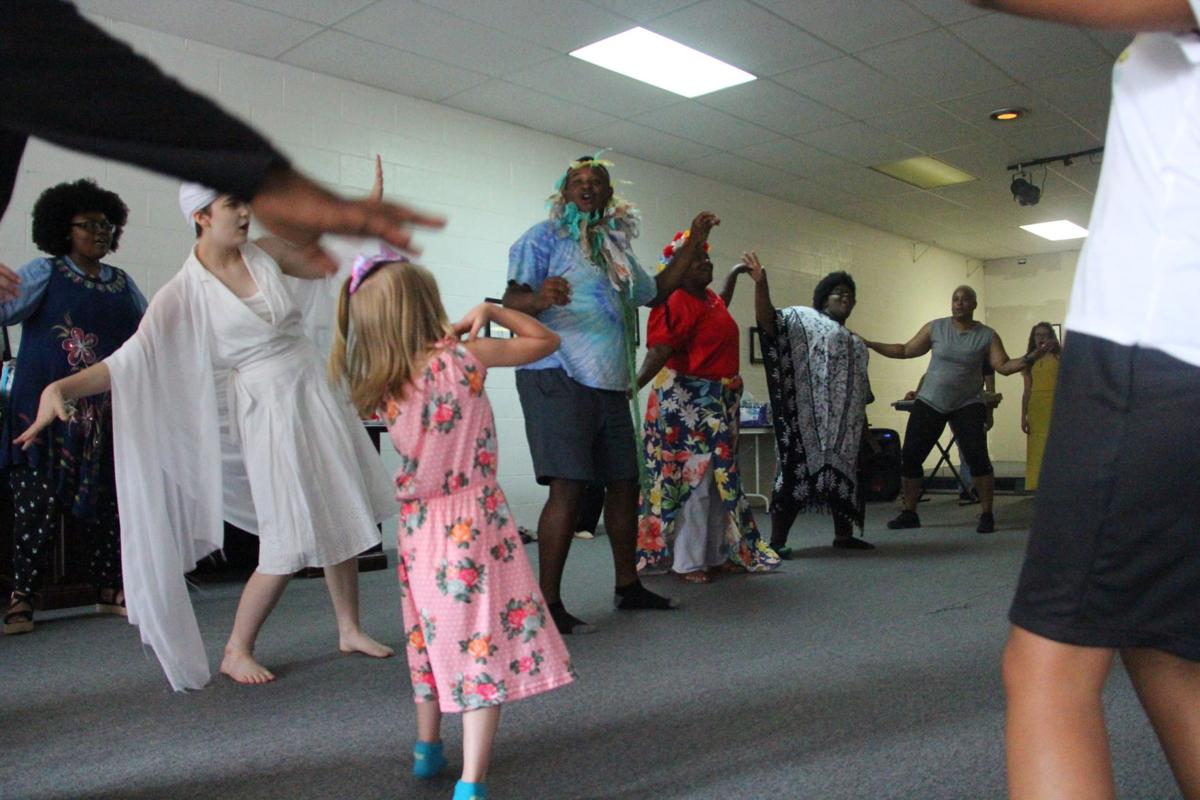 Director Martin Rawls (center) and the cast of "Once on this Island" rehearse at La Luna in downtown Mansfield. 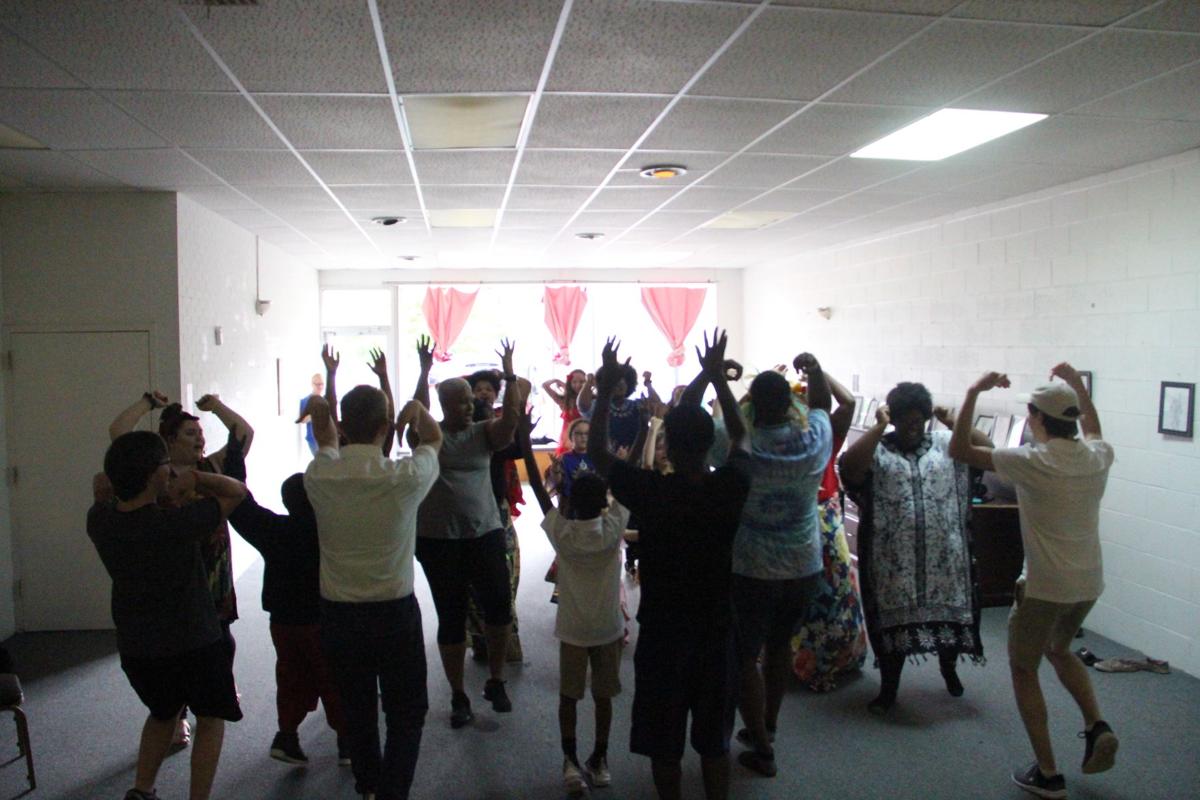 The cast of "Once on this Island" rehearses at La Luna in downtown Mansfield.

MANSFIELD – Martin Rawls was a kid who never thought he could sing or act. In fact, up until recently he'd always wanted to be a veterinarian when he grew up.

Now, Rawls is studying music education at Mansfield's branch campus of The Ohio State University, and preparing to debut his first show produced by his brand-new company, Martin Rawls Productions. "Once on this Island" will premiere at Mansfield Senior High School on Aug. 1 at 7 p.m., with repeat performances at the same time on Aug. 2, 3 and 4; tickets are $5 for students and $8 for adults.

None of it could have happened without the opportunity and encouragement given to the 2018 Mansfield Sr. graduate by the local theatre community -- and he's ready to pay it forward.

"I was one of those kids who couldn't act or sing, and the only way I was able to continue was by growing and being a part of it," Rawls said. "Those kids you put to the side lose confidence in themselves. I want to give kids and people in the community the opportunity to grow and showcase what they have, instead of letting it go to waste."

The first show Rawls ever wrote and performed was in sixth grade, when he authored a play about being drug-free as part of Mansfield's Community Action for Capable Youth (CACY) program. He took to show business immediately.

"I'm an outspoken person, I like to make friends and talk to everybody, and I've always been like that," Rawls said. "A lot of people told me I had a stage presence, and when I was younger I never knew what that meant."

Officially bitten by the theatre bug, Rawls started auditioning and performing in shows at Mansfield Senior High School up until he graduated in 2018. But the place he credits with molding him into the actor he is today is the Mansfield Playhouse.

At the Playhouse, Rawls said it was the simple act of providing opportunity for a young actor that encouraged him to keep trying. He especially thanked Doug and Tammy Wertz for taking the time to mentor him after school.

"There was a time in my life where I felt like I was trying my best and I was growing and doing as much as I could, but I wasn't getting anywhere, and I was ready to stop," Rawls recalled. "Doug and Tammy were so supportive of me and helping me get to where I wanted to go with my goals. If it weren't for them, I probably would've given up on theater altogether."

That encouragement inspired Rawls to take on a directorial role himself. His first foray into this new world of theater came with "Aladdin Jr." at the Mansfield Playhouse last summer, a show supported by the Summertime Kids Fund through the Richland County Foundation as well as UMADAOP.

For Rawls, the experience reinforced the old adage that if you want something done right, it's best to do it yourself.

"So much has happened in my life that makes me want to do things on my own, because I know what I want and I know if I do it the way I want it to be, I'm not going to have any problems," he said.

It was then that Rawls was inspired to create Martin Rawls Productions, a culmination of all the lessons he's learned throughout his experience performing in the Mansfield area. The main principle of MRP is that no one who is ready and willing to be part of a show will be cut.

"I don't have it in me to turn anyone away," Rawls said with a laugh. "I feel like everybody should have that opportunity because this is something they'll remember."

The reason being, as grateful as Rawls is for the opportunities given to him, the sting of rejection has a similar lasting effect.

"I feel like there's a lot of talent in Mansfield for this city to be so small, and I see so many people who have these voices and they never do anything with it because they're too scared, or they're afraid they'll be judged, then years later down the road they're somewhere they shouldn't have ended up," he said. "Don't get me wrong, there are good people everywhere you go, but in some organizations I've been a part of there are some kids that never get the chance to be part of an actual show, and I want to give the opportunity to everybody."

This philosophy is how Rawls ended up with a 37-person cast for "Once on this Island," debuting at Mansfield Senior High School on Thursday and sponsored by the North End Community Improvement Collaborative.

"Once on this Island" tells the story of Ti Moune, a peasant girl who rescues a wealthy boy from the other side of the island, Daniel, with whom she falls in love. Unbeknownst to Ti Moune, the pompous gods who preside over the island make a bet with one another over which is stronger, love or death, the stakes being Ti Moune's life.

"When Ti Moune pursues Daniel, who has returned to his people, she is shunned because of her lowly status," Rawls explained. "Her determination and capacity to love is not enough to win Daniel's heart, and Ti Moune pays the ultimate price; but the gods turn Ti Moune into a tree that grows so strong and so tall, it breaks the wall that separates the societies and ultimately unites them."

For the future of Martin Rawls Productions, the company's namesake hopes to eventually find a permanent residence that can be converted into a black box theater. But for now, no matter where the shows are performed, it's all about giving people in the Mansfield community the opportunity to be a part of something.

"There were so many kids who weren't interested in this but I told them to stick it out, and everybody in the cast now loves theatre," Rawls said. "They're going to remember the opportunity given to them."