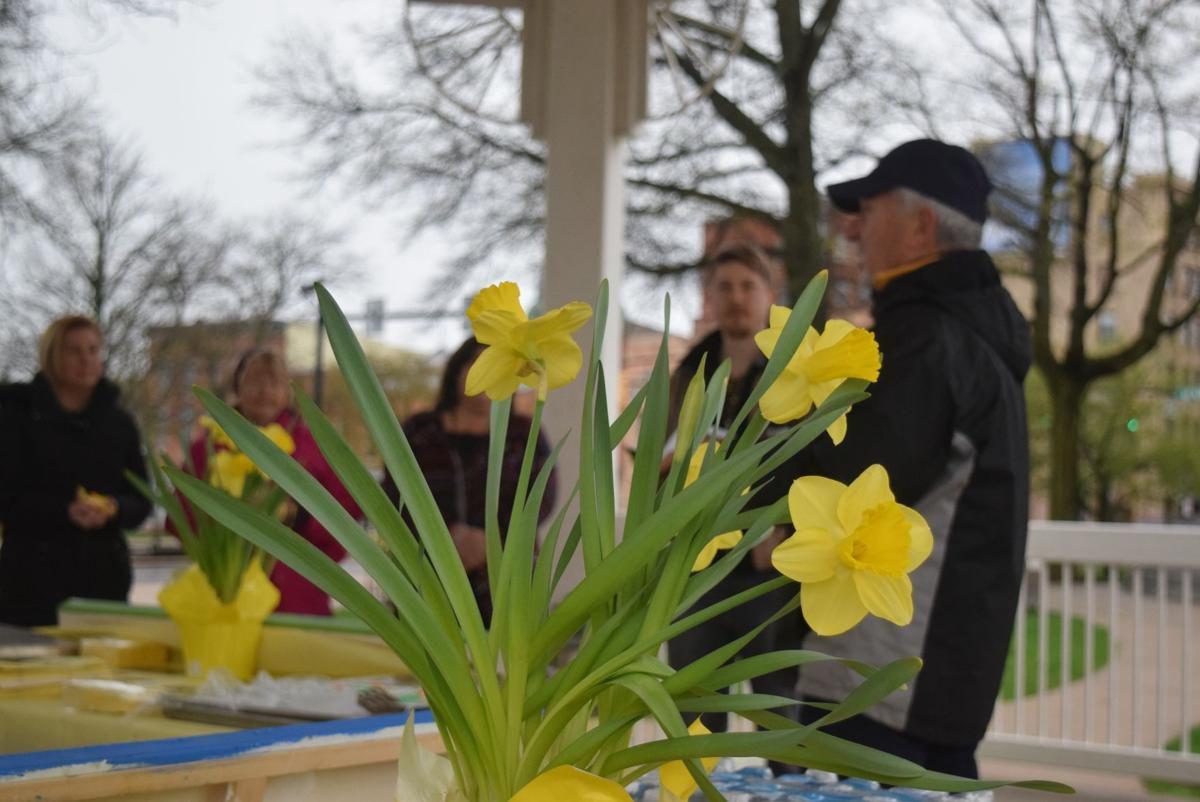 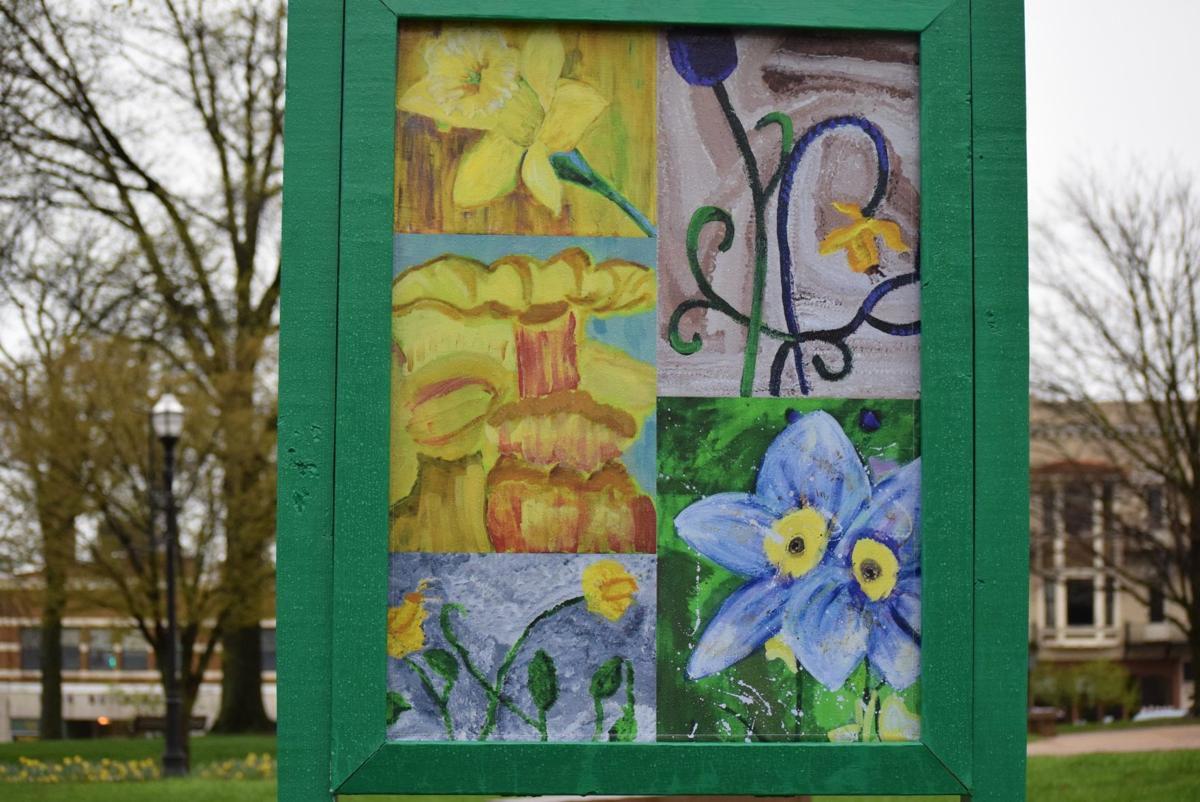 On a spring Saturday morning at the Mansfield Central Park Gazebo, "Dazzle with Daffodils" was launched, celebrating a "profusion" of the bright yellow flowers throughout Mansfield by the Mansfield in Bloom Committee.

MANSFIELD -- The Mansfield in Bloom steering committee hopes to top past successes when two judges visit in late July.

Tom Brennan, the Chairman of Mansfield in Bloom’s steering committee, has already noticed significant strides forward during the city’s past two years. America in Bloom expects continued growth as Mansfield participates in the program for at least three more years.

“Downtown is on the move,” Brennan said, but he’d like to build further momentum for beautification projects.

Last summer, the Mansfield in Bloom program won first place in its population size and received the “Coolest Place for Kids” award and special recognition for its floral displays. That led to an 8 out of 10-star rating, which former chairman and current committee member Doug Versaw considers quite an accomplishment.

“The criteria, they changed it last year from a total possible five blooms to 10 stars, and we got eight, which they said was unbelievable,” Versaw said. “So we did very well for the first time (with the new criteria).

The new goal, he continued, is to improve upon its “already impressive” score. He understands that may not look like a 9- or 10-star rating, but he’d like to see individual point values in the seven scoring criteria increase. These include overall impression, community vitality, environmental efforts, heritage celebration, urban forestry, landscaped areas and flowers.

To improve, the Mansfield in Bloom steering committee is focused on initiatives like litter clean ups and removal of “ugly signs.” As in past years, the committee intends to add more floral hanging basket displays in the downtown -- some that will even wrap the entire way around light posts and others that will include name plates.

“Litter and these signs detract from your overall impression of your community, so that's where we’re going to put a lot of emphasis … and are determined to get traction,” Versaw said.

He defined ugly signs as those that are “so faded that nobody could read them, even walking by, let alone driving.” They no longer serve any intentional purpose, Versaw continued.

As a result, the city of Mansfield’s street department, will be removing such signs.

Brennan echoed Versaw’s tone and added that Mansfield in Bloom’s potential impact should be greater than what committee members and the Mansfield Area Beautification Sector can accomplish on its own. He called the organization’s goals two-fold.

First, he says, the organization should create and foster enthusiasm for community improvement projects, such as floral, environmental and historic preservation projects.

“A lot of these are not only projects that make the community look better, but help it to be better,” Brennan said.

Also, Mansfield in Bloom aims to get more people involved in city-based beautification efforts. Brennan highlighted the recent “Dazzle with Daffodils” project that featured an outdoor gallery exhibit and thousands of daffodils planted in and around downtown Mansfield.

He encouraged people to reach out to Mansfield in Bloom by contacting Roberta Perry, community development director at the Richland Area Chamber of Commerce and Economic Development at 419-522-3211 or roberta@chooserichland.com.