MANSFIELD — For six months now, the set of "A Christmas Story" has sat vacant on the stage of the Mansfield Playhouse, dark as a leg-lampless window on Cleveland Street.

All that changes this weekend, when the lights finally come back up on the Playhouse stage for a "Christmas in July" showing of "A Christmas Story," the epic tale of 9-year-old Ralphie Parker and his quest for an official Red Ryder, carbine action, 200-shot, range model air rifle, with a compass and this thing that tells time built right into the stock.

All the elements of the beloved movie can be found in this on-stage adaptation, including the family's temperamental exploding furnace, Scut Farkus, a wet tongue on a cold flagpole, and yes, Ralphie's father's "major award." 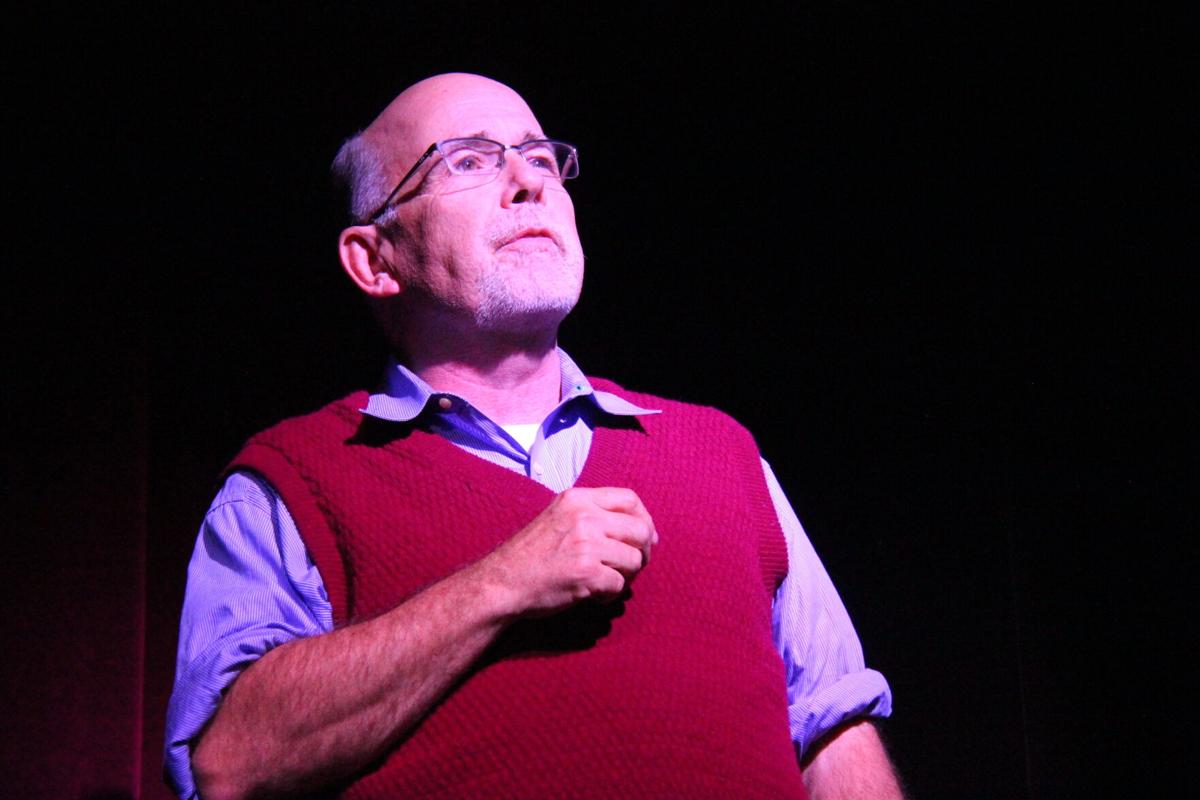 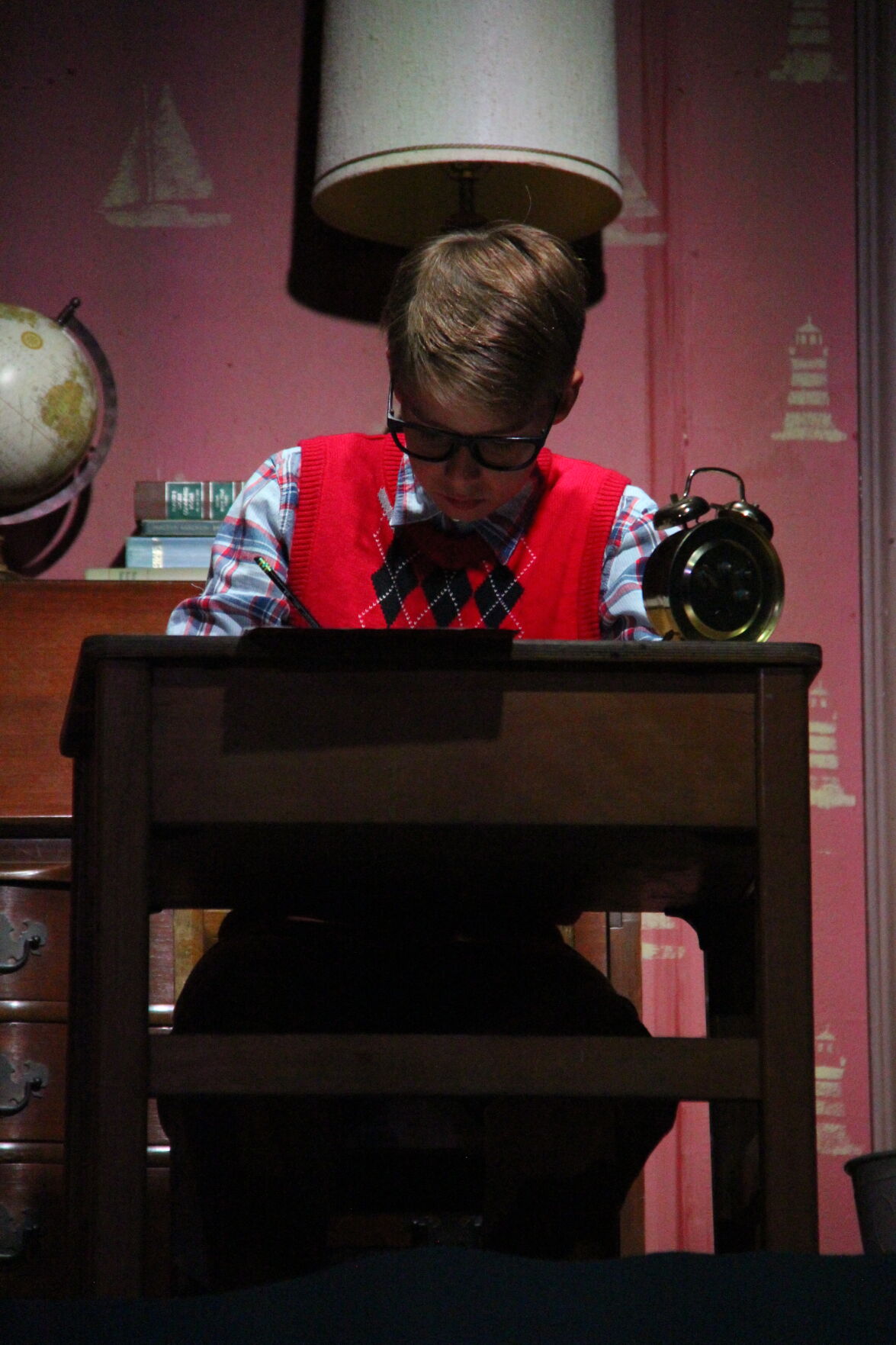 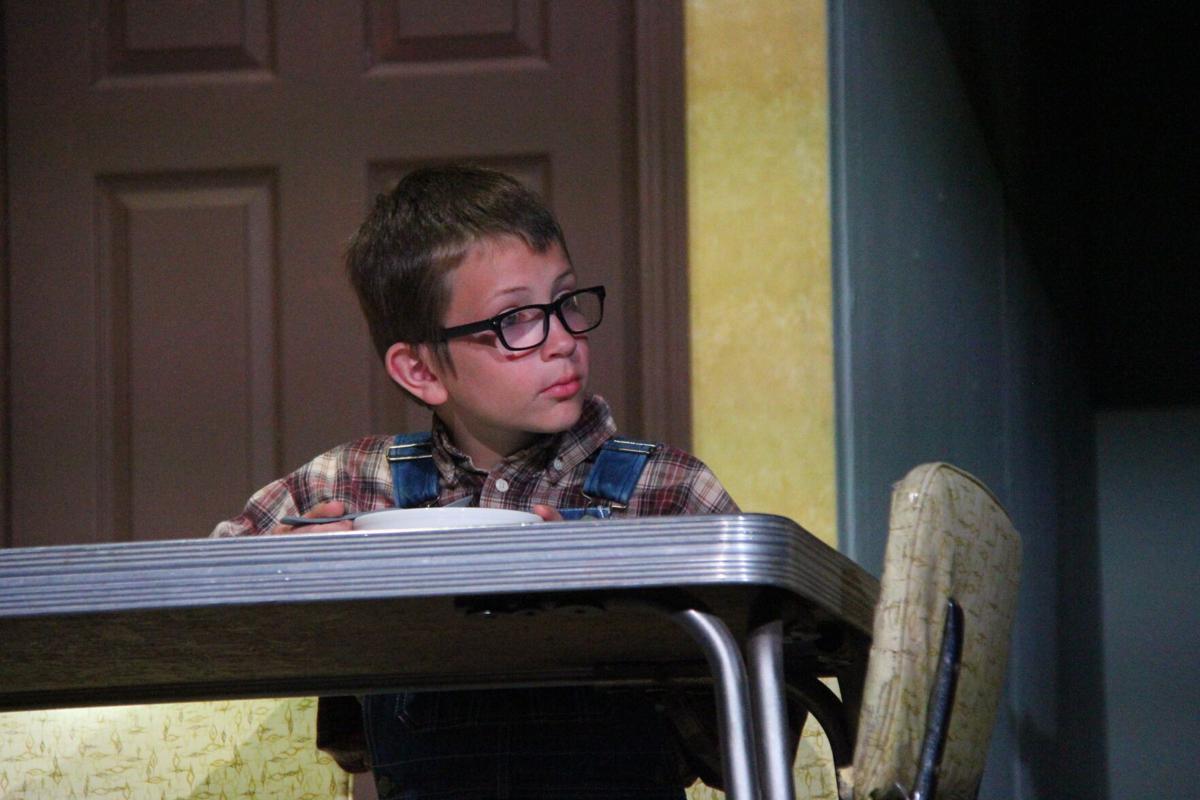 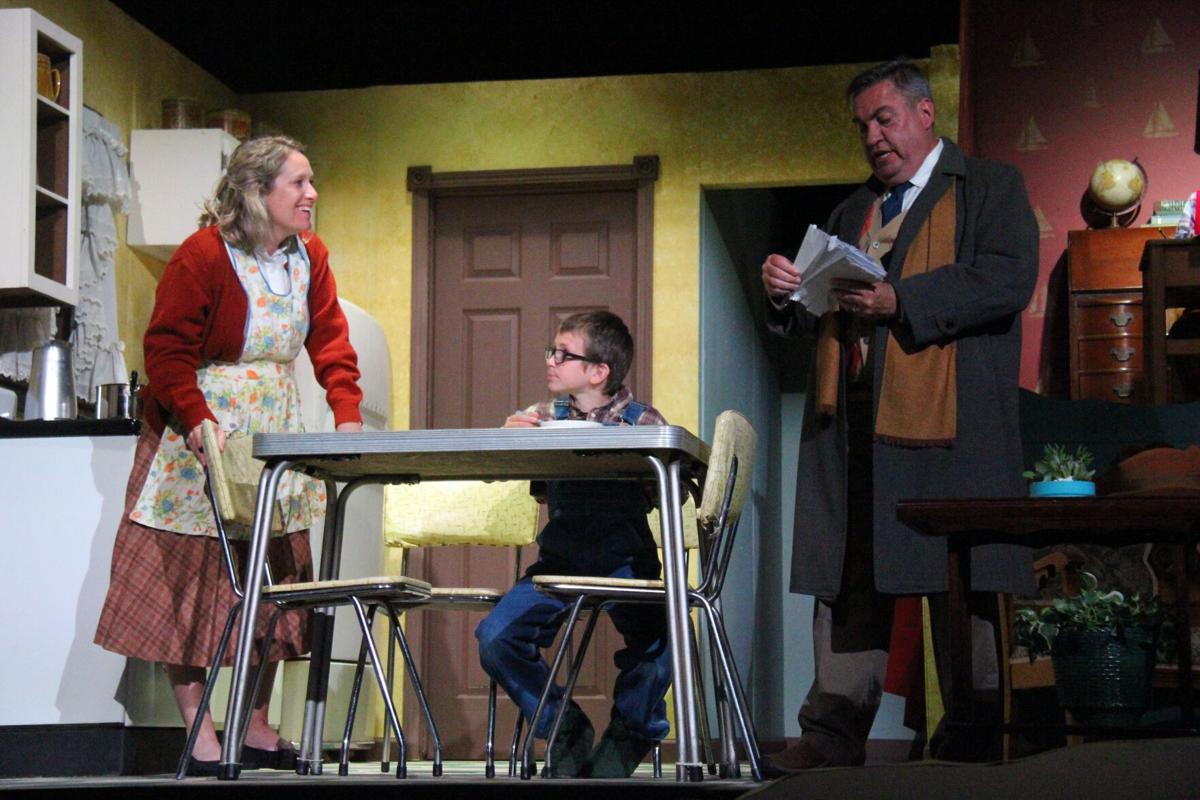 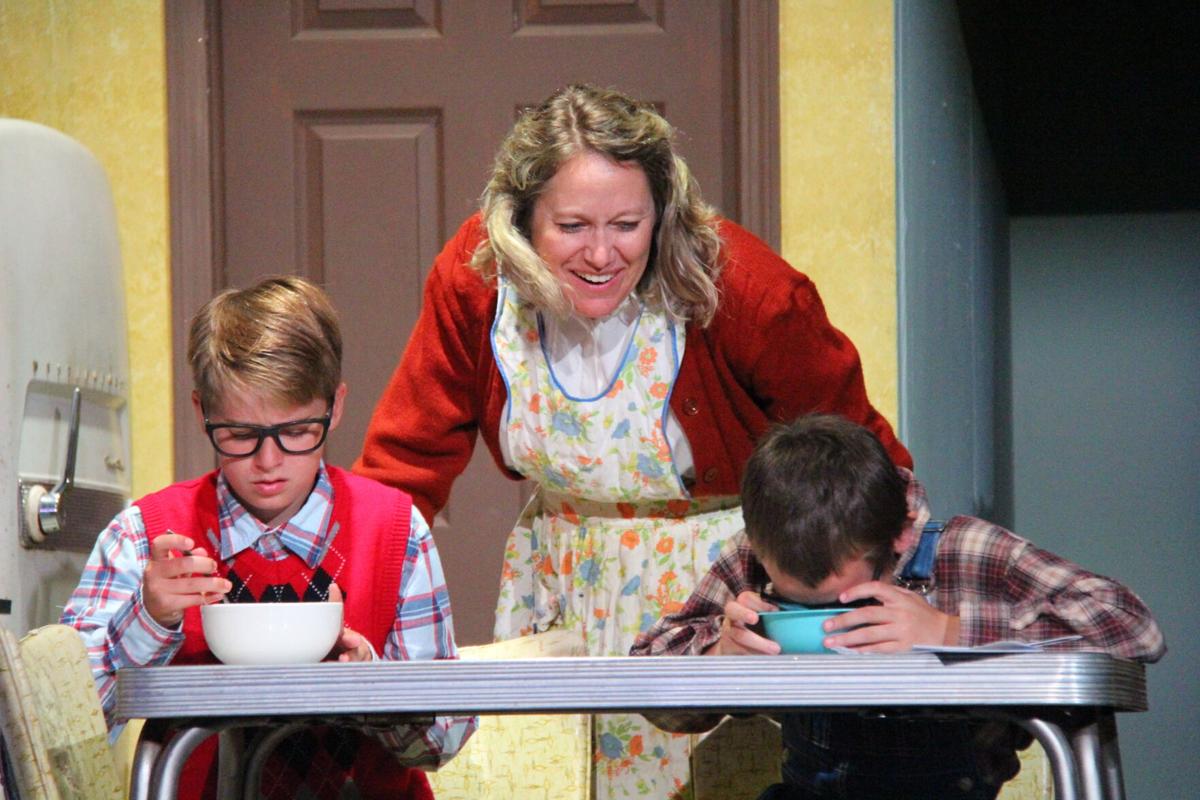 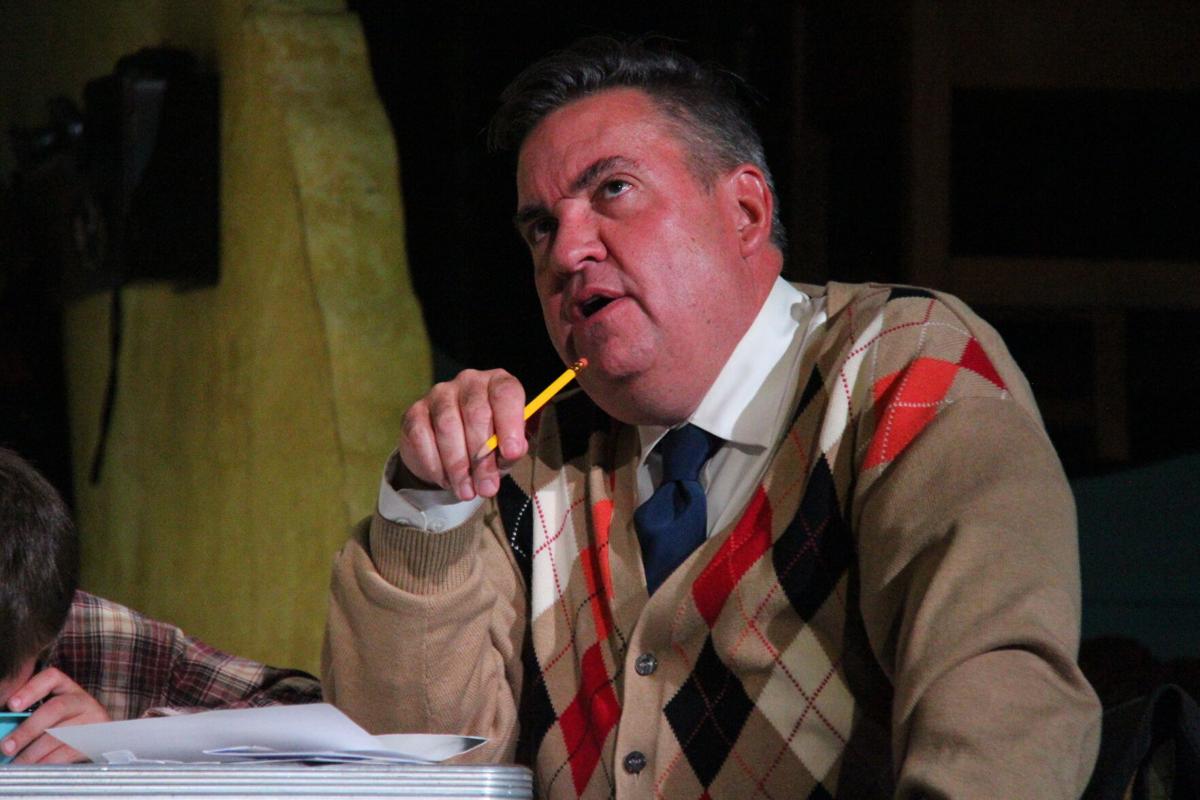 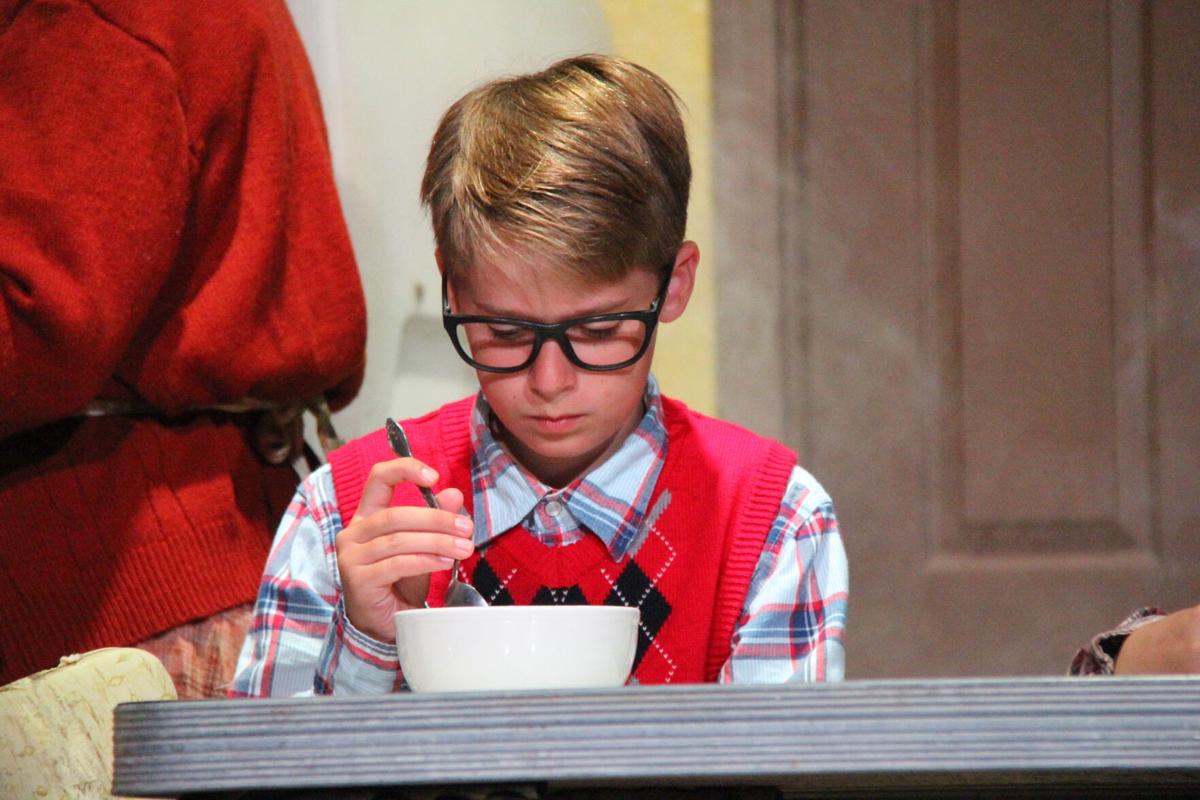 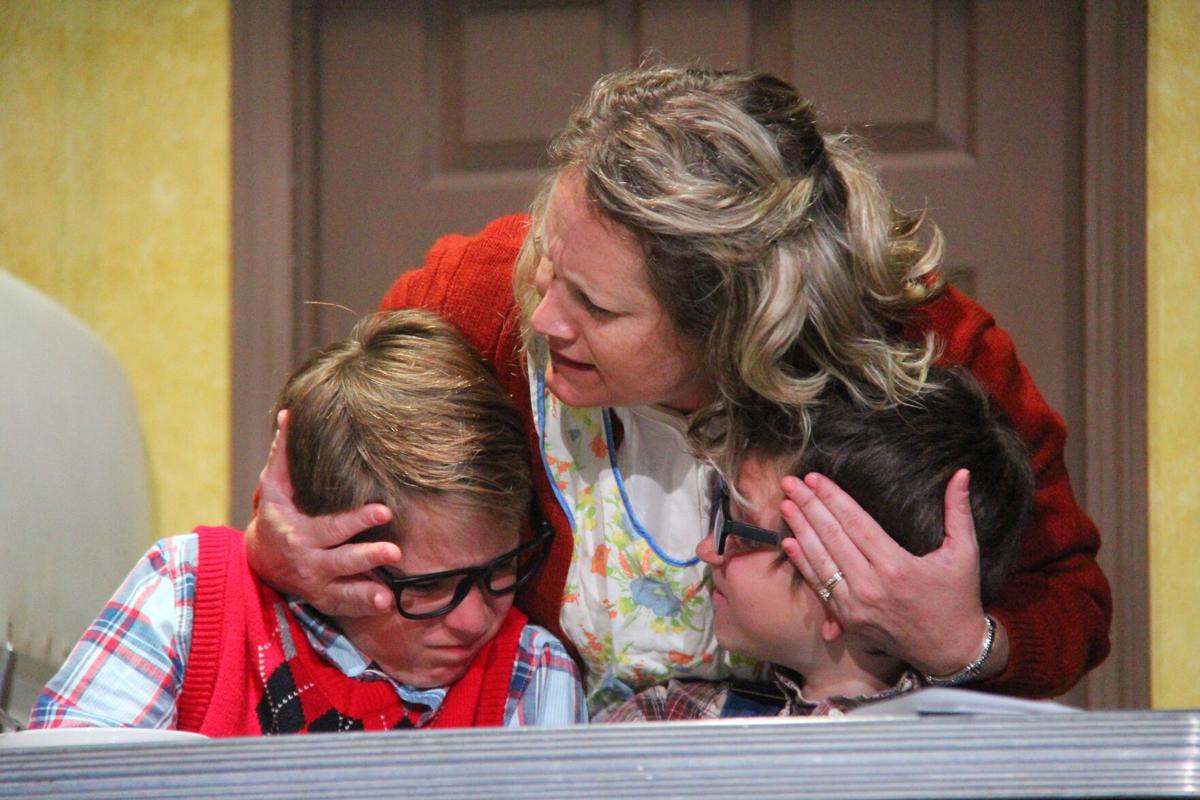 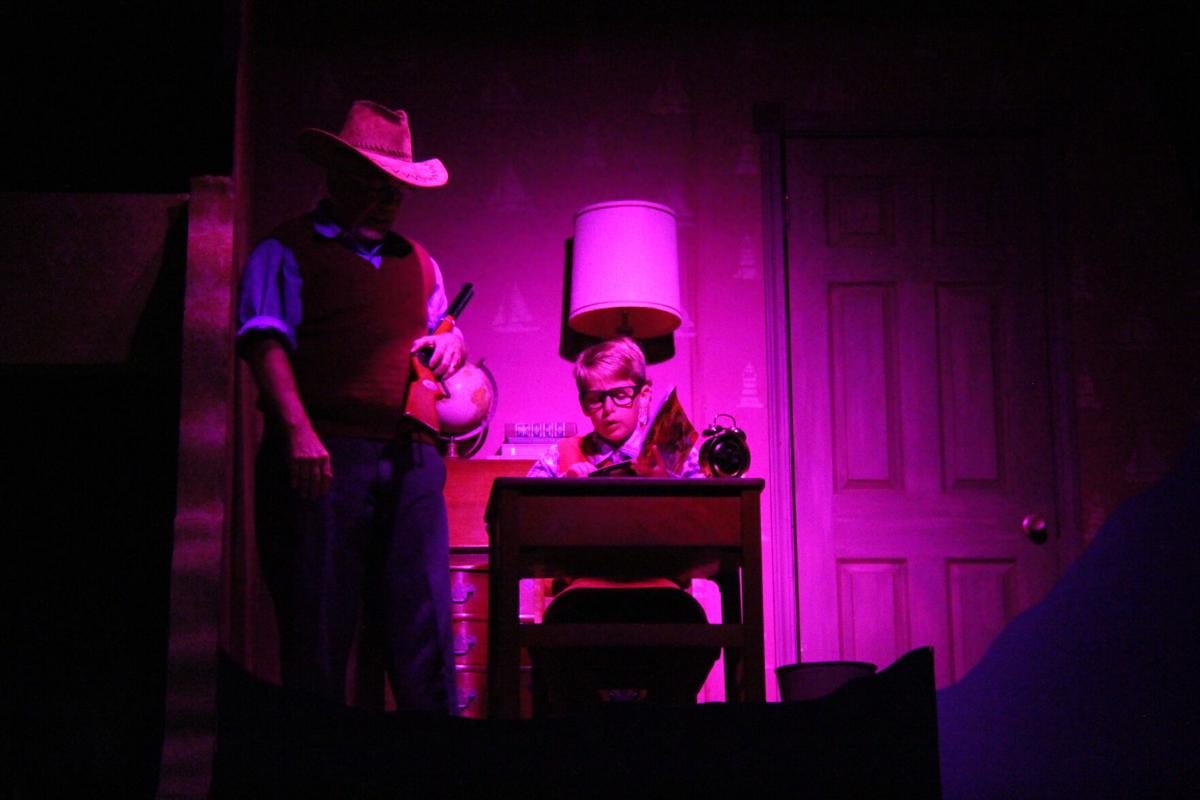 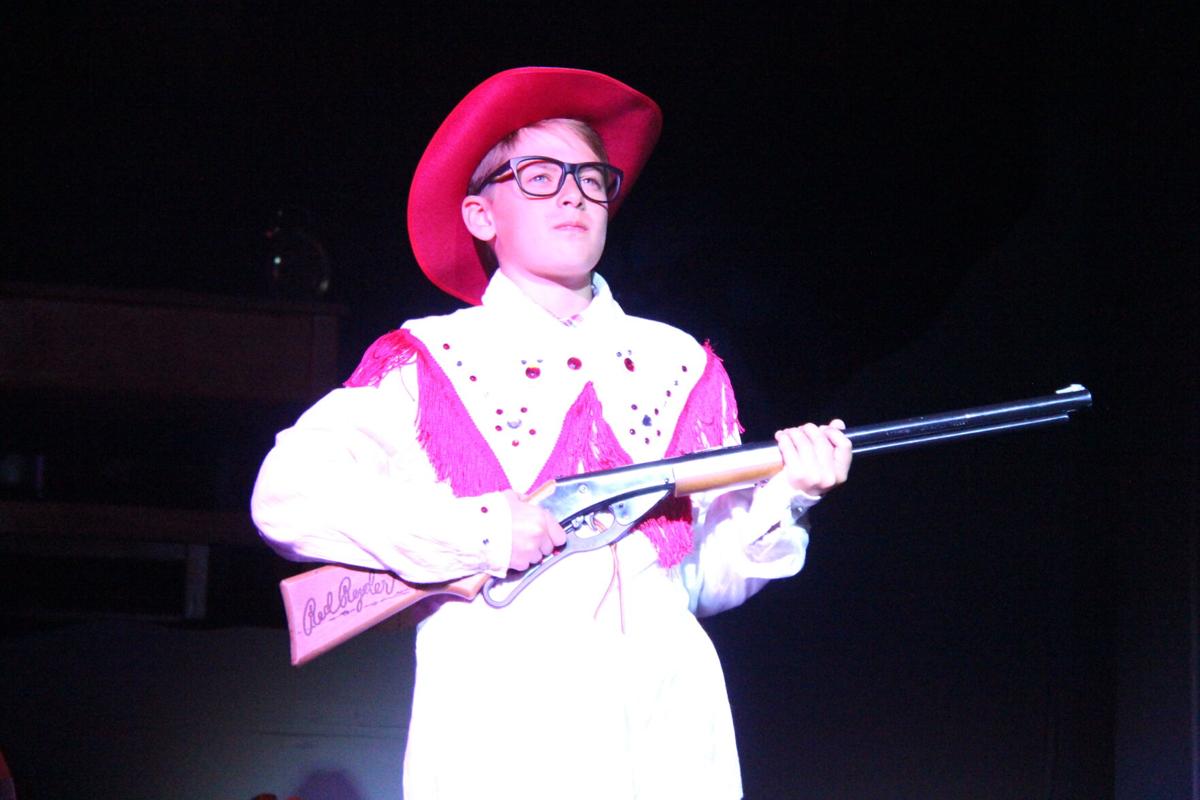 12-year-old Dane Kuzman plays Ralphie in his epic quest for a Red Ryder BB gun, fantasies and all, in the Mansfield Playhouse production of "A Christmas Story" opening July 9. 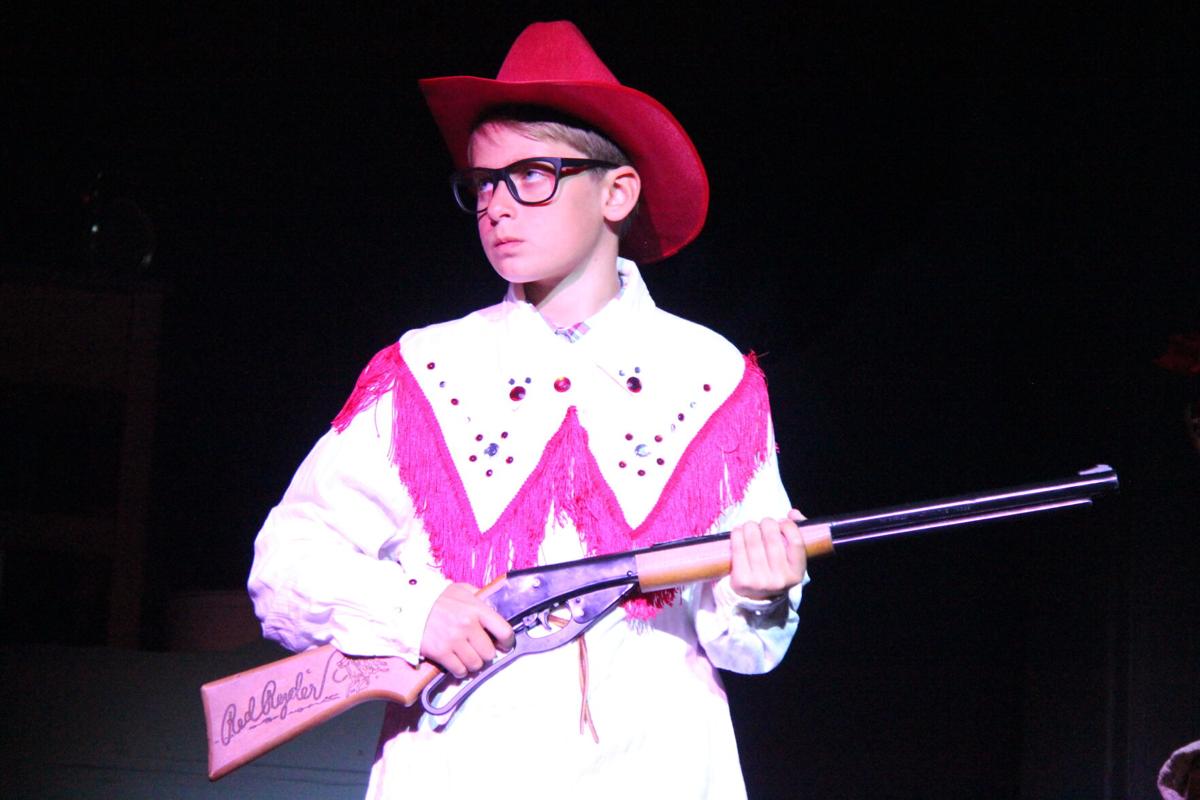 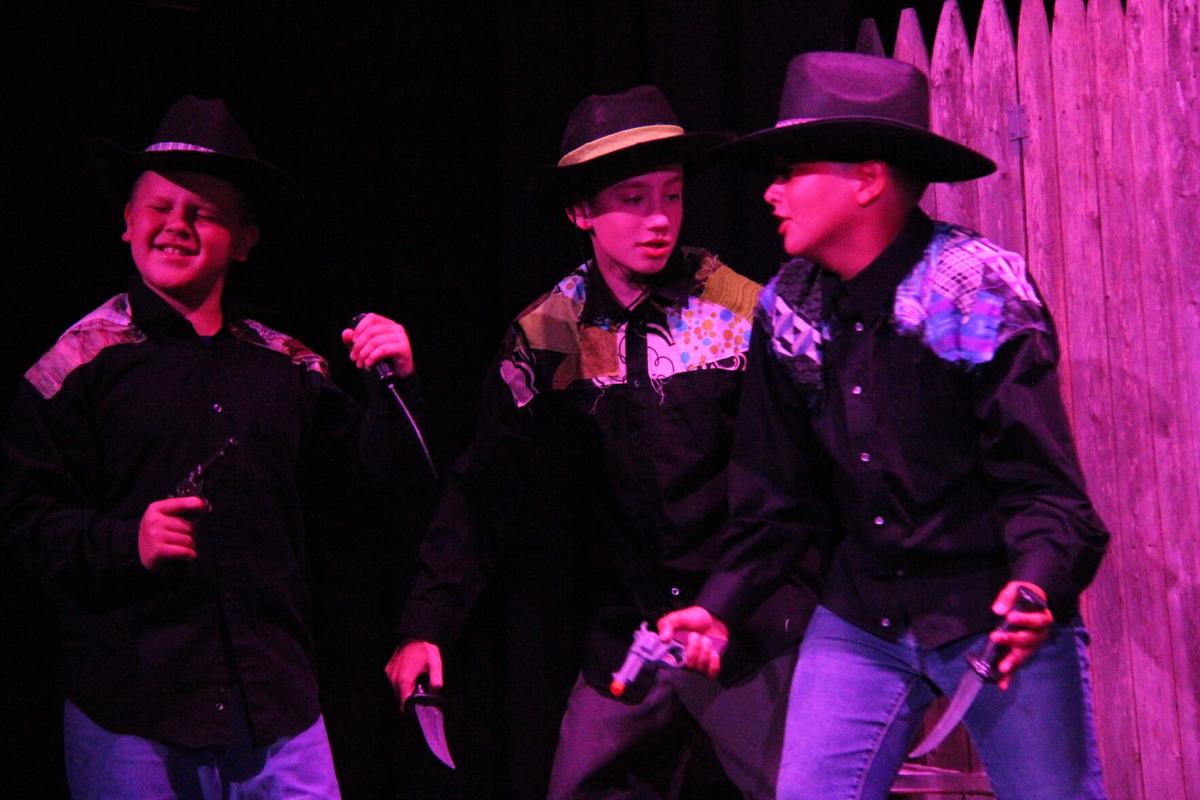 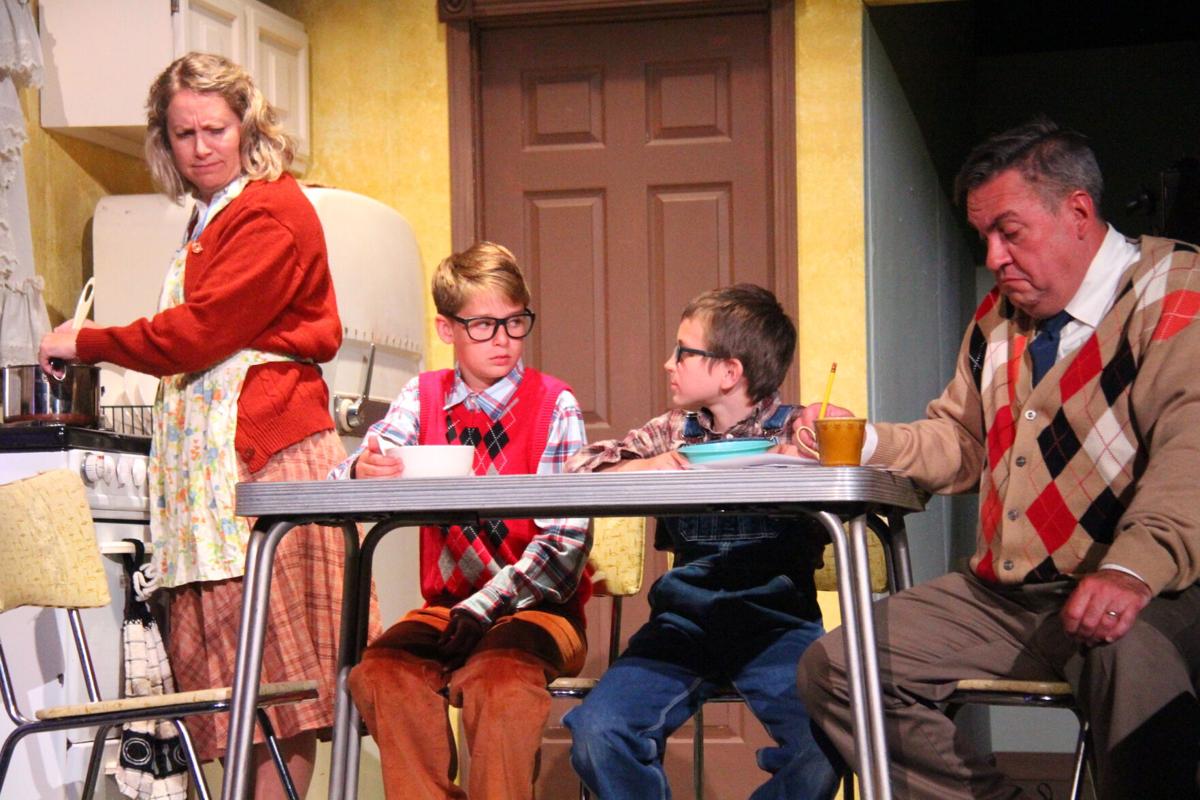 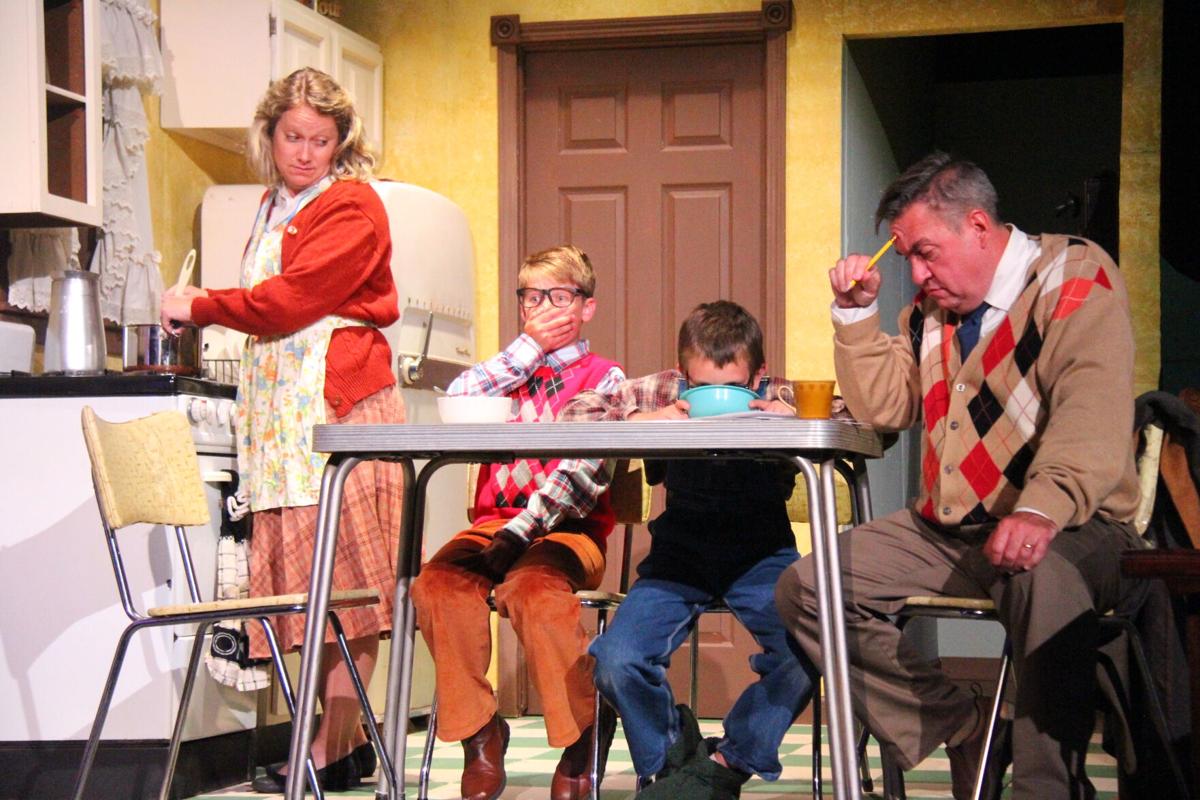 GALLERY: A Christmas Story at the Mansfield Playhouse

12-year-old Dane Kuzman plays Ralphie in his epic quest for a Red Ryder BB gun, fantasies and all, in the Mansfield Playhouse production of "A Christmas Story" opening July 9.

July might be an unconventional time to stage a Christmas show, but for director Doug Wertz, this weekend couldn't come fast enough.

"After being shut down nearly 16 months with no regular ticket sales, you've gotta do what you've gotta do," Wertz said. "And at this point, don't we all need a little Christmas?"

The nine-person cast started rehearsing in full-force again at the beginning of June, after Gov. Mike DeWine lifted all statewide COVID-19 health orders, including a mandatory mask mandate. The show was originally scheduled to open on Dec. 4, 2020, but due to rising COVID-19 cases in Ohio the show was postponed a week before opening night.

"It's amazing how much you can forget in five months," Wertz said with a laugh. "It even took me a while to get back into the groove and remember the script and how I blocked it. I kept watching things and thinking, that's not right."

Set in the 1940s, Ralphie pleads his case for a BB gun before his mother, his teacher and even Santa Claus himself. The consistent response: "You'll shoot your eye out!"

"His pure ambition in this story is just to get a BB gun," said Dane Kuzma, who brings Ralphie to life on stage. "You get to watch him as he grows up in third grade with his parents and younger brother."

At age 12, Kuzma has already performed in more than 15 shows. He said "A Christmas Story" was always one of his favorite shows to see in Playhouse Square.

"I was worried it was never going to come back, and I thought it was a pretty cool idea that we did Christmas in July," Kuzma said. "I never would've pegged July as a time to be in 'A Christmas Story,' but at least we could still do it. It's a little bit of Christmastime when it's not Christmastime, and it's one of the classics."

Kuzma said he does take inspiration from Peter Billingsley's portrayal of Ralphie on screen. Meanwhile, John Moser said he has no plans to change anything about Darren McGavin's performance as The Old Man.

"I've been imitating him for going on 40 years, so this was not a stretch for me at all," Moser said. "I have loved this movie ever since it came out when I was in high school, and The Old Man was always my favorite character."

Moser said the cast was of course disappointed to not perform the show back in December, but the right call was made to postpone. He added it's a show worth doing, even in July, despite nearly suffering from heat stroke due to dressing in winter clothes in the middle of summer.

"We have to act like it's cold out and I spend a good chunk of the first act wearing an overcoat and a sweater, so it's hot up there. I'm sweating a lot," he said with a laugh.

Plus, Moser gets to pull off perhaps one of the best twist endings of all time: Giving Ralphie his coveted BB gun on Christmas morning.

"Yeah he's cantankerous and grumpy, but he's not just that. You know at the end he's a guy who genuinely loves his family," Moser said. "You never get any idea that he's heard a thing about this BB gun, but who gets the BB gun in the end?"

"A Christmas Story" will play at the Mansfield Playhouse on July 9, 10, 16 and 17 starting at 7 p.m. and on July 18 starting at 2:30 p.m. Tickets can be purchased Wednesday-Friday from 1-6 p.m. and one hour prior to all performances, or online at mansfieldplayhouse.com.

It will be the first time in a long time that all 269 seats will be available in the Mansfield Playhouse, and especially since the theater underwent major renovations during its COVID-19 downtime. Improvements include extra leg room, new paint and carpet, new chandeliers in memory of Char Hutchison, and a new LED lighting system thanks to numerous grants.

"When we were shutting down, we knew our best chance of survival was to stay positive and find a way to come back stronger and more presentable as a destination place for Mansfield," Wertz said.

"This is what we look forward to. This is what makes it all worthwhile. Now it's time to get back to the community and bring live theatre back."