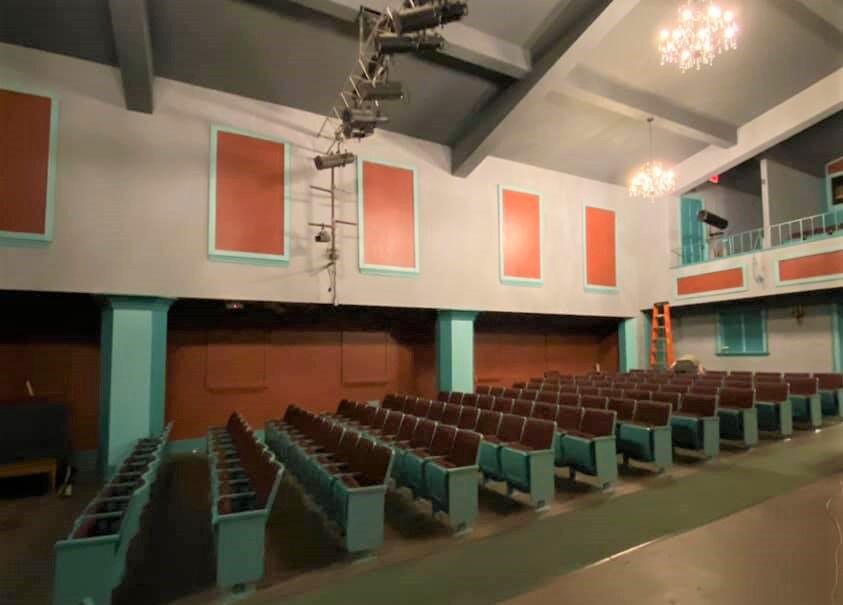 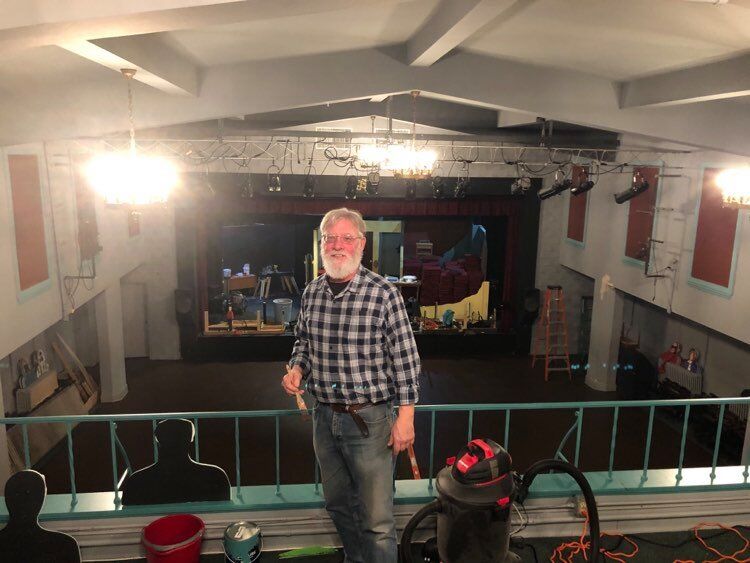 Doug Wertz is the board chair and artistic director at the Mansfield Playhouse.

MANSFIELD -- Community theater fans may not recognize the Mansfield Playhouse when it re-opens the doors to the public in July.

A massive renovation program that began earlier this year with the replacement of all 288 seats in the 95 E. Third St. facility took another leap forward this week. Mansfield Plahouse learned it has been awarded grants to replace the aging stage lighting.

"Once we were told of the grants awarded to our final goal, I cried," said Doug Wertz, president of the theater's board and also the artistic director. "This is a big deal for the Mansfield Playhouse.

"It truly shows the support of community members and raises the bar for us to consistently strive for professional quality in all we do. To all involved, we thank you."

The Playhouse has largely been closed for nearly a year due to the COVID-19 pandemic, using that time to invest in improvements led by Wertz and his wife, Tammy, the theater manager.

Plans now call for the theater to re-open with "A Christmas Story" in July, the show that was postponed in late November a few weeks before it was scheduled to open.

Show dates are July 9 and 10 and 16 to 18 with ticket information to be announced soon.

Grants for the new lights were awarded through the Richland County Foundation representing the Robert and Esther Black Family Foundation and Fund, as well as the John P. Gross Fund in memory of Melodie Gross.

Wertz said the Playhouse, in its current home for more than 50 years, was able to independently match other funding needed with the Lander's Family Foundation.

"The safety of those handling the instruments will be increased as they stay cool, where the current fixtures put out extreme heat to touch," he said.

"Energy consumption will also drop and bulb replacement will be dramatically reduced, adding the benefit of maintenance savings."

The veteran director said the new LED system provides a huge advance in technology, which will expand the educational experience for volunteers in lighting design.

"Enhancing each production with the wide range of flexibility the (new) system offers will surely make the audience experiences more enjoyable, as well," Wertz said.

The Mansfield Playhouse has been in its current location since 1967.

In addition to the seats and fresh color scheme, the playhouse has new chandeliers, thanks to a donation from the family of longtime Mansfield Playhouse performer and member Beverly “Char” Hutchison, who died in December at age 81.

Wertz said the old chandeliers came from the old Leland Hotel in downtown Mansfield, which opened in 1927.

"We will continue to look for ways to make improvements to enhance the theater's purpose as Ohio's second-oldest continuously producing community theater," Wertz said.

As a 501 (c)(3) non-profit, MPH accepts tax deductible donations, which can be done through its website at www.mansfieldplayhouse.com.