You are the owner of this article.
Edit Article Add New Article
You have permission to edit this article.
Edit
Home
About Us
Be a Member
Advertise
News
COVID-19
Senior Spotlights
Solutions
Explore Sections
Sports
Podcasts
Newsletters
School Closings
Regional News
Events
Jobs
Obits
Homecoming
Weather News
Share This
1 of 5 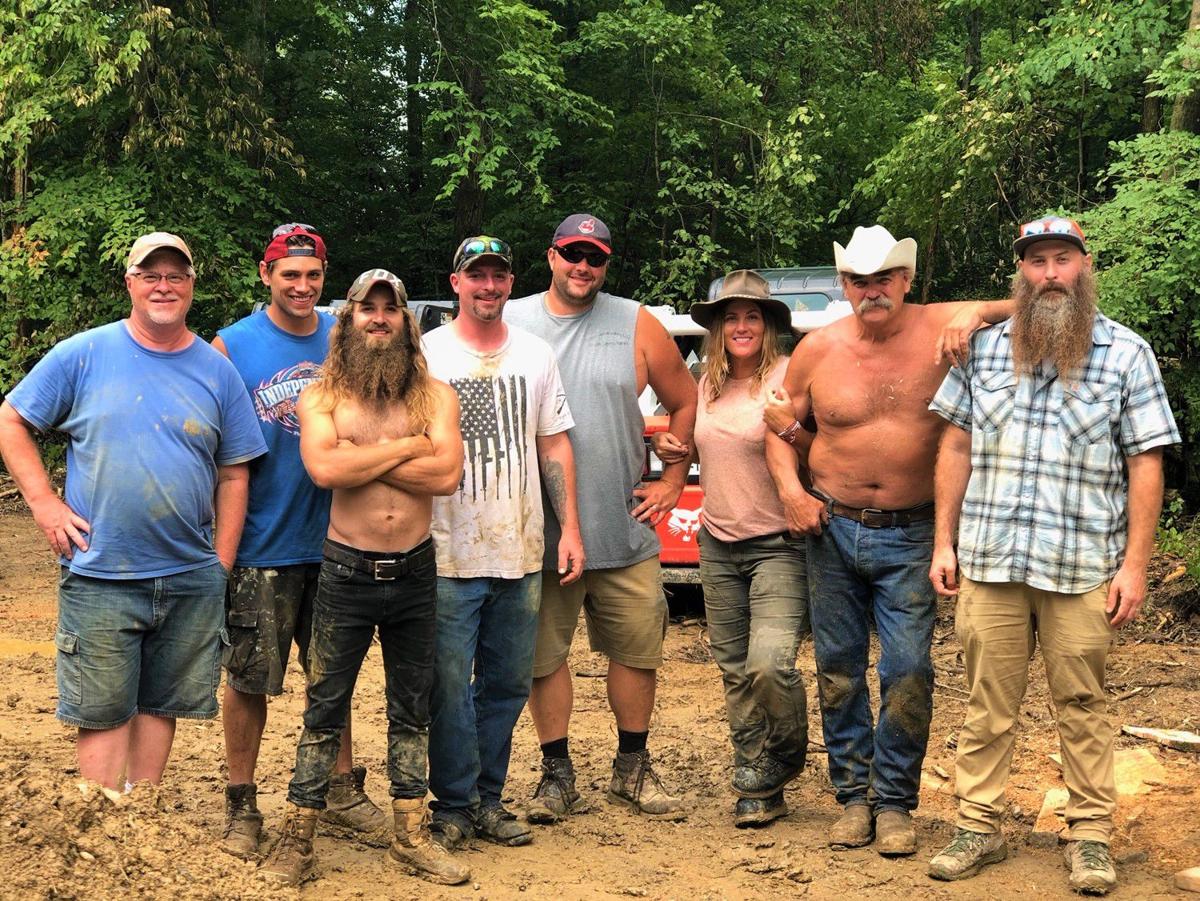 Josh Mobley (fourth from right) and his Scout Construction crew worked alongside "Homestead Rescue" stars Misty Raney, Marty Raney and Matt Raney during the summer of 2019 in Crawford County. The episode about the work airs on the Discovery Channel Thursday at 8 p.m. 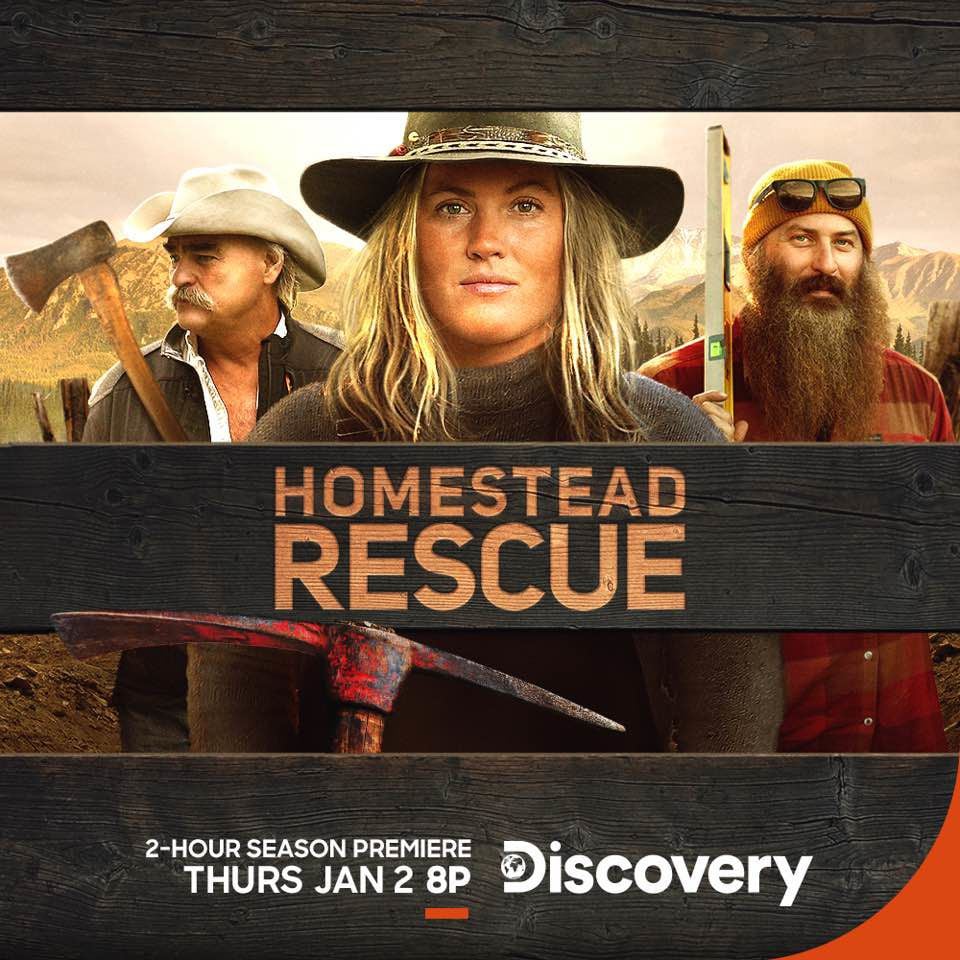 (From left) Marty Raney, Misty Raney and Matt Raney are back for a fourth season of "Homestead Rescue" on the Discovery Channel. An episode airs Thursday involving a Crawford County homestead that included the assistance of a local construction company. 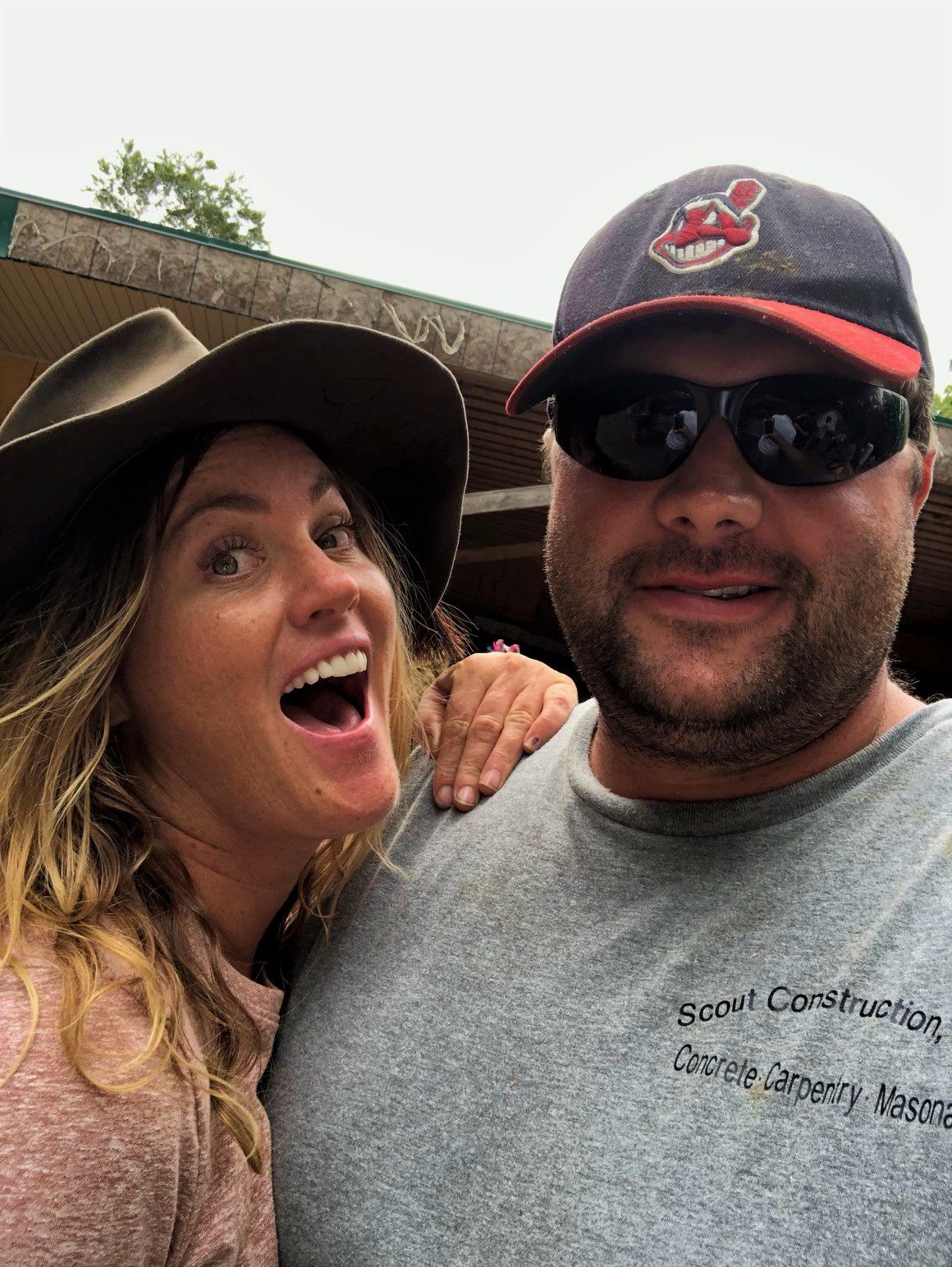 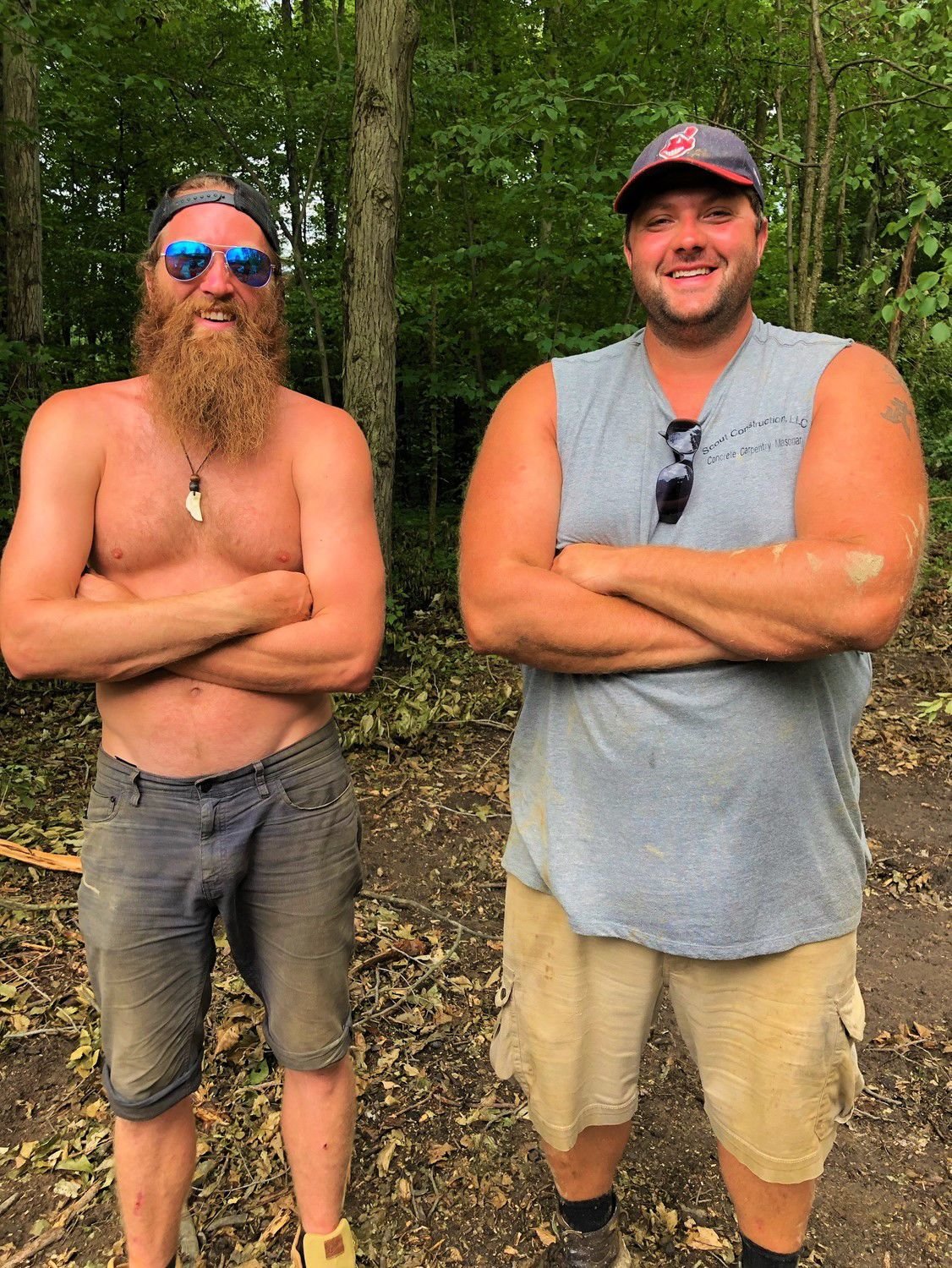 Scout Construction owner Josh Mobley (right) worked closely with Clint from the "Homestead Rescue" crew during a Crawford County project in the summer of 2019. 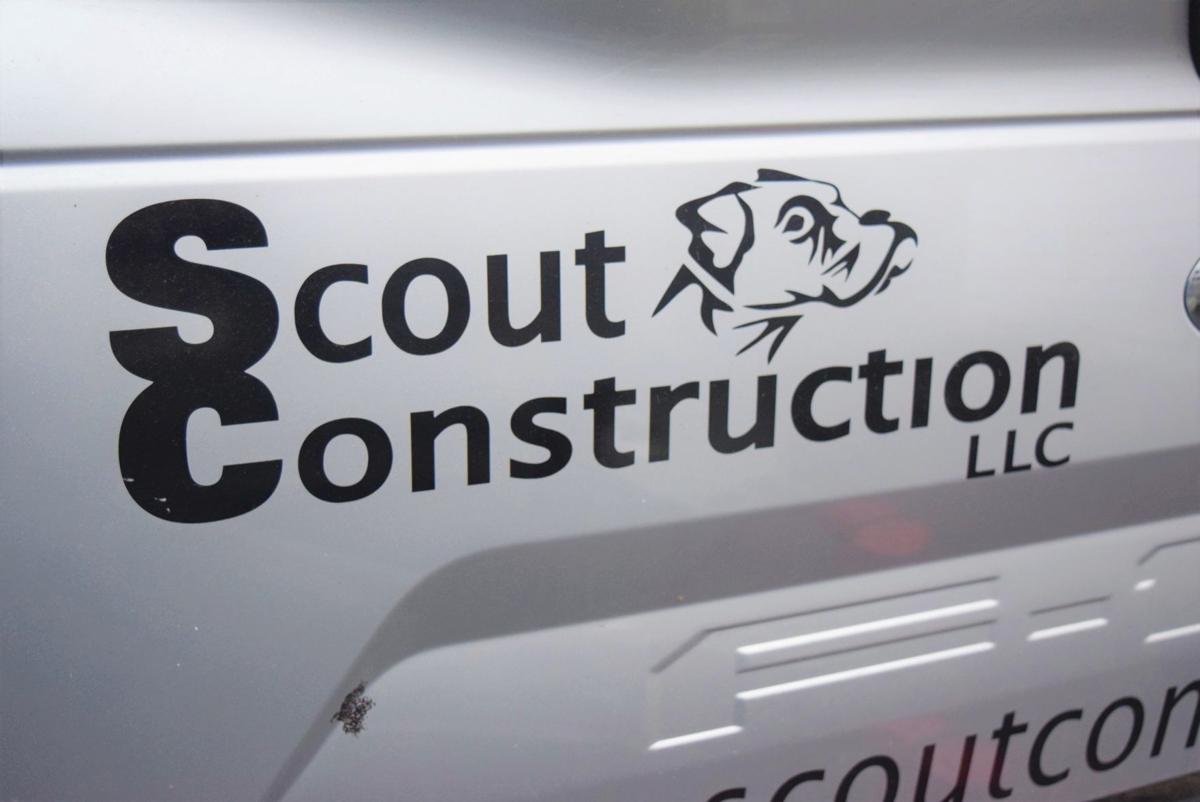 MANSFIELD -- Josh Mobley has run his own construction company for nine years. The 35-year-old former U.S. Army reservist knows his way around an excavator, backhoe, concrete, chainsaw and about any carpentry tool you can imagine.

Largely self-taught, the general contractor figured he had a pretty good handle on how construction projects should go.

Suffice to say, it was an eight-day homestead rescue project in northern Morrow County that the 2002 Crestview High School graduate will not soon forget.

"Marty is definitely hands on," said Mobley, himself seemingly larger than life. "He is definitely in charge of the show. Marty has a certain way about him to get people motivated and he helps out himself a whole bunch.

"I don't think he got out of the excavator the whole time he was there except to cut some trees down and do a couple of projects with a chainsaw," said Mobley, founder of Scout Construction LLC.

The network website describes it as, "The The Raneys arrive in Ohio to find the Broadhead family struggling to survive in their home of 30,000 tire bales. Battling intruding pests, flooding and unstable walls, the Raneys have their hands full in one of their most challenging rescues yet."

The premise of the show, which started its fourth season earlier this month, is that struggling homesteaders across the country turn to the Raneys to teach them the necessary skills to survive and thrive living "off the grid," independent in the wilderness.

Marty Raney is joined each week by two of his adult children -- Matt, who is a homesteader with acute wilderness hunting skills, and Misty, who has the same homesteading skills, but focuses on gardening and crops.

The show, produced by the Bright Road Productions company in Los Angeles, sends the Raneys around the United States. With the experts flying and traveling light, Bright Road reaches out to local contractors near each project site for assistance.

"They messaged me on Facebook and asked me if I was interested in looking at the project," said Mobley, whose company does residential and commercial construction. "They needed a general contractor with at least four carpenters. I told them we could accommodate that.

"Then they told me it was for a TV show and, to be honest, I wondered if it was legit. I get requests all the time for crazy stuff. I suggested we talk about it on the phone.

"We were on vacation and my phone rang. I looked down and saw it was from Los Angeles and I figured it was some kind of telemarketer. Then it dawned on me it might be the production company, so I answered it. That's how Bright Road got in touch with us.

"As soon as we got the contract hammered out, it was on," said Mobley, who earned an associate's degree in business from North Central State College and got his start in the business laying bricks with his dad.

THE RESCUE: The project was in a remote area of Crawford County, about 30 miles from Mansfield.

"The Raneys fly here, they need tools and equipment. That's where we come in with hand tools and basic equipment. We loaded our enclosed trailer every day of the project and headed the site.

When the work began, the homestead was enclosed in a wooded area with no easy access in or out.

"There was no room to do anything. It was overgrown, dense and a little swampy. We couldn't bring any machines in. I loaded up a wheelbarrow with chainsaws and tools and told Marty that whatever he needed was his. I made it clear that we were there to help them," Mobley said.

Raney had ideas, though those ideas were subject to frequent change. Reality show fans know this is not Raney's first go-around on TV.

Prior to "Homestead Rescue," he was a series regular for three seasons on the National Geographic Channel’s "Ultimate Survival Alaska," which was basically a survivalist competition.

"We would start a day thinking we were going to do one thing and Marty would change his mind and we'd be doing something completely different all of a sudden," Mobley said.

In addition to a lot of excavating work, Mobley and his crew did some "cobbing," taking a mud/sand/silt combination and combining it with fine straw. The mixture was used to cover some of the homestead residence.

Working side by side with Marty Raney, Mobley learned the high-volume, high-energy man he had seen on TV is the same in real life.

"None of the (bluster) is for the show. That's him. Whenever you travel around the way Marty does and work with lots of different general contractors, you gotta let them know who is in charge.

"I have been through basic training. I wasn't worried anything he was going to do or say was gonna hurt me," Mobley said with a laugh. "For a guy his age, he really gets after it."

BEHIND THE SCENES: Mobley said he and his crew did some painting at the site before the production crew got then. He was quickly impressed with the Bright Road crew.

"Some of the production crew guys were some of the coolest people we met," he said. "Some of the camera crew had originally done several seasons of the "COPS" show, so they had been all over the place. Some of them had done three or four seasons of "Survivor."

"It was definitely a veteran crew. It was amazing to watch these guys work, almost like a NASCAR pit crew the way they zoom in and out to get what they need. Then they had to lug all that equipment around. It was hot back there," Mobley said.

"We had great weather and we basically worked sun up to sun down every single day. They had (Dan Lew Exchange) cater in lunch every day and it was great. You needed that for energy because they were going to work it out of you," Mobley said.

Mobley, who has two sons with his wife, Amanda, could not provide a lot of details about the show, which will be aired in two parts. But the Mansfield Baptist Temple member thinks the Raneys and his crew set the family up for success.

"I think so," he said. "You can only do so much in eight days. God blessed with eight good days of weather. (The family) had a certain way about them that I think they will make it for sure."

Mobley isn't ruling out the possibility of working with the Raneys in the future.

"They do try to use local people, but Misty said they would like to work with us again sometime. I told her to tell the production company we would be happy to come help again -- when they do their next show in Hawaii."