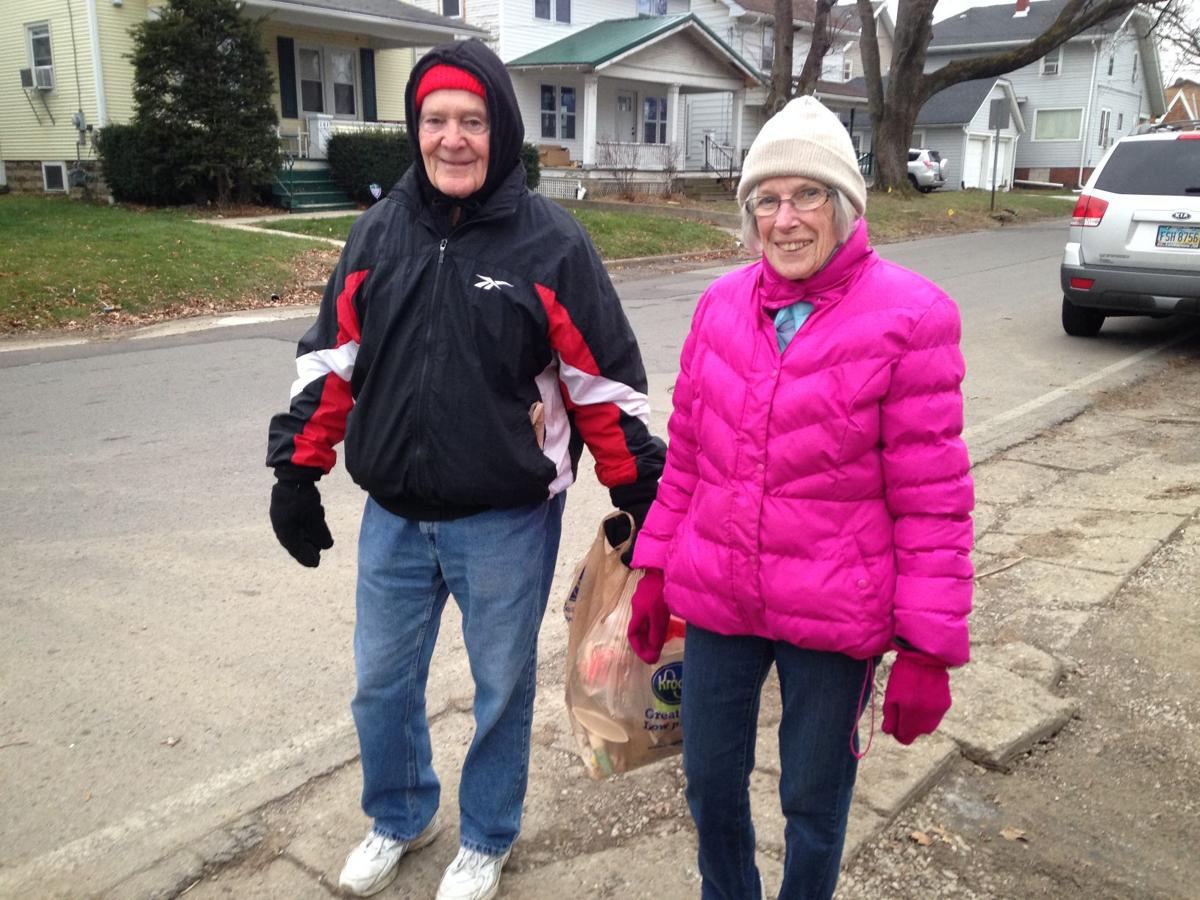 Eugene and Donna Smith, from left, help clean up Mansfield by picking up trash on the roadside during their morning walk. 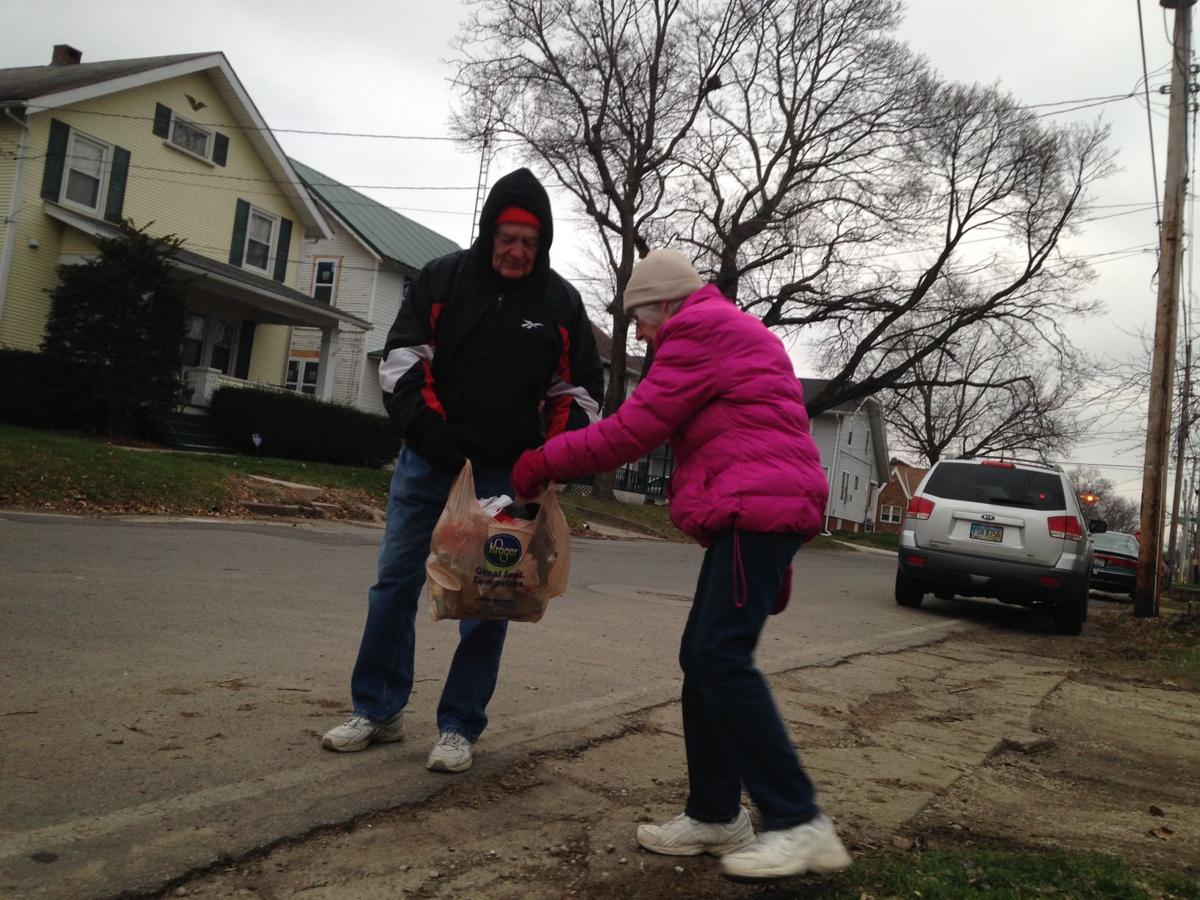 Donna Smith, right, places a piece of trash into a grocery bag held by her husband, Eugene.

MANSFIELD, Ohio -- You might have seen them a time or two, strolling through Mansfield while carrying a couple grocery bags.

But don't let the type of bags fool you--they're not full of groceries, but trash.

Each morning, Eugene and Donna Smith, a local married couple of 59 years, collects trash littered on roadsides during their one-hour walk throughout the neighborhood.

"We've been walking for a long time and wherever we've lived, we've picked up trash as we were walking, Donna said.

"We thought if we're out here walking, we'd might as well do some cleaning up, too."

And so began a tradition that's spanned roughly 30 years.

"We don't like the trash, so we just pick it up and get rid of it," Donna said.

On average, they collect two grocery bags full of garbage--even in poor weather conditions, though "sometimes we might miss a day," she added.

During her commute to church, Dianna DeWeese Wooley said she often notices the couple walking along Marion Avenue, "bundled up, bags in hand, doing a quiet, behind-the-scenes service to our city."

She voiced her appreciation for their service and said, "People like this, the workers, the ones who care, are what makes Mansfield a great place to live. We need to follow their example and serve one another."

Donna said they hope others may be encouraged to do similar acts of service.