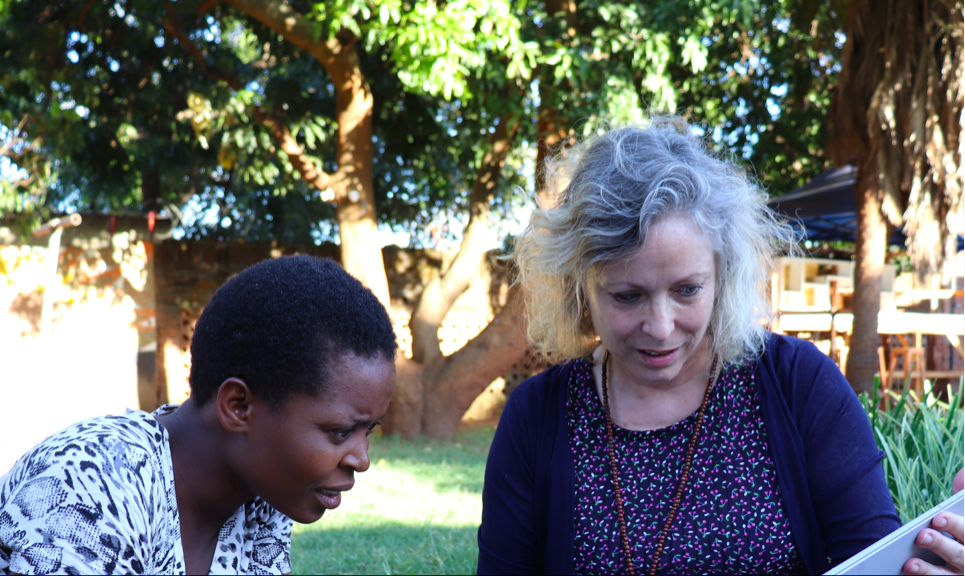 Filmmaker Jennifer Enskat, right, of Lexington reviews interview footage with Alinafe, a Malawian woman who was forced into marriage at 16. 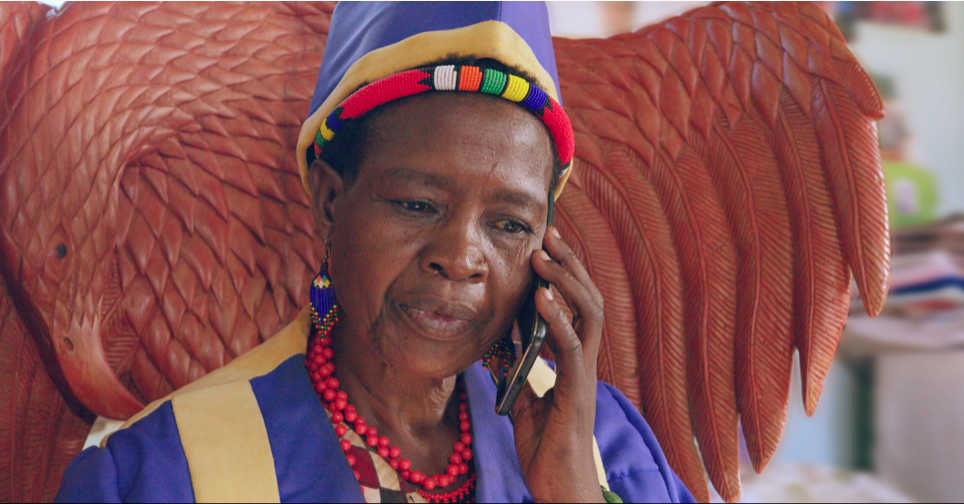 A screenshot from the film by shows Chief Theresa Kachindamoto, a fierce anti-child marriage advocate in Malawi. 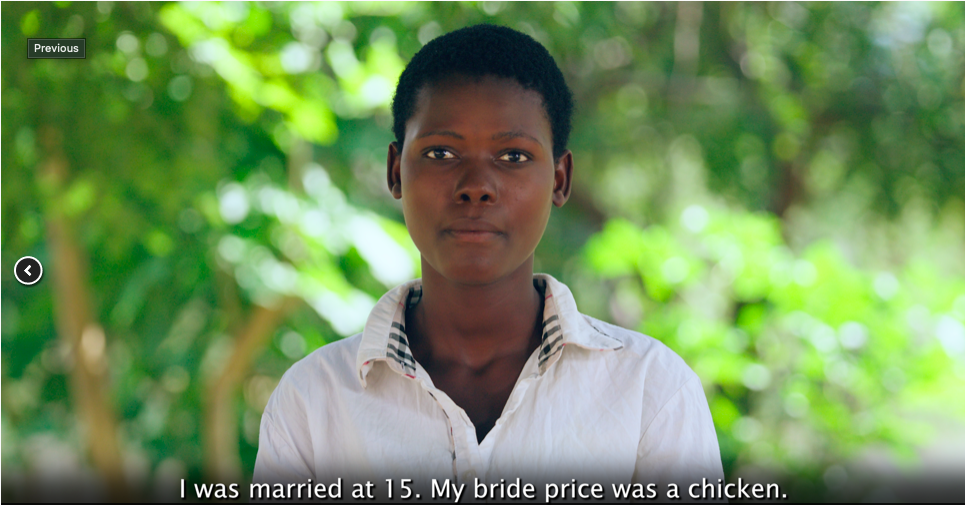 A young woman from Malawi who was rescued from her child marriage talks about her experiences. 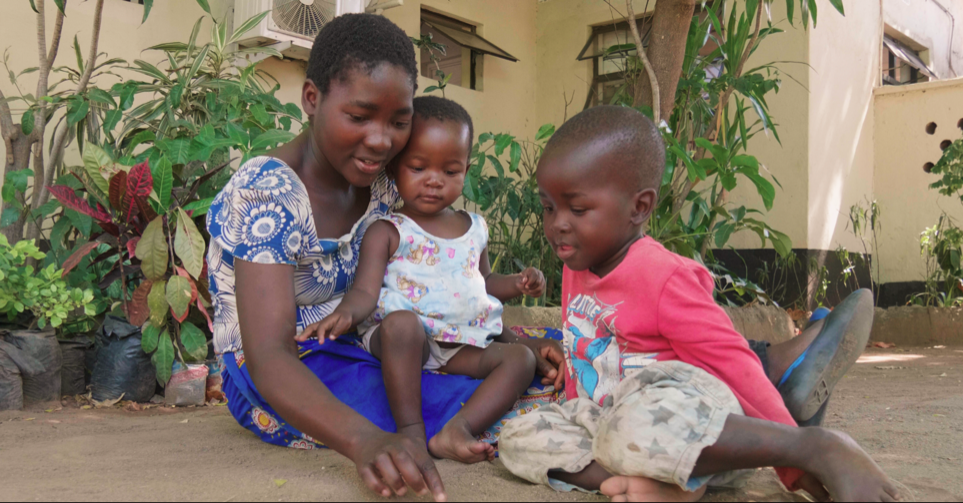 Evelyn was married to an abusive husband at twelve years old. She now has two children.

LEXINGTON -- Jennifer Enskat’s journey to the warm heart of Africa all started with a handmade brick she found in her late father’s office.

Enskat found the brick while sorting through her father’s belongings after he passed away. She had no idea why it was there or what significance it held until a family friend revealed the origins of the mysterious brick.

It came from Kanyenyeva Orphan Care Ministries, a community center in Malawi that serves orphans and families.

Robert Enskat, who retired as manager of Mansfield’s General Motors plant, was a humble man who preferred to give in secret. She had no idea his sizable contribution helped build a facility half a world away.

A decade after her fathers' death, Enskat found herself in Malawi making a difference in her own way. She and her cinematographer partner Andy Gardner spent three weeks filming a documentary on child marriage in Malawi with support from the Malawi Orphan Care Project, a non-profit partner of Kenyenyeva Ministries in Mansfield.

The Bride Price focuses on forced marriage, its impact on middle- and high school-age girls and the Malawian leaders trying to end the practice.

Child marriage is illegal in Malawi, but still very common. Orphans are particularly vulnerable due to the high poverty rates and lack of government resources or safety-net programs.

“If a child is suddenly orphaned, there is no governmental body that takes care of them. The family will do it, but they're basically subsistence farmers, so they're struggling to support their own children,” Enskat said.

Nearly 80 percent of Malawians work in agriculture, according to The World Bank. The country has a 51-percent poverty rate -- making a high-school education a luxury. High school is not free in Malawi; and the fees are often too much for families to afford.

Rather than paying for a high-school education, families often believe selling their daughters into marriage is the best way to provide for them. As a result, girls as young as 12 years old are married off, sometimes to men twice their age.

That’s why government officials, tribal chiefs, activists and citizens are fighting against child marriage by working to change its cultural perception.

“This is not a film about a Westerner trying to make them change. This is a film about them making the change,” Enskat said. “This is absolutely their story, they are making the difference themselves. They're the ones who are trying to change the culture.”

Her greatest desire was an interview with Chief Theresa Kachindamoto, tribal ruler of the Dedza District of nearly one million people. Kachindamoto has made international news for cancelling child marriages and paying for former child brides to return to school.

She landed the interview with Kachindamoto, who brought nearly 40 people with her, including a dozen former child brides.

During interviews with each girl, Enskat asked them to share their “bride price” -- how much their family received for offering their daughter in marriage.

The crew also got to interview Alinafe, the woman whose story prompted the making of the film.

At 15 years old, Alinafe was thriving in school and had big plans to become a nurse. At 16, she was sold by her family to marry a man 20 years her senior.

Alinafe is still married and was never able to return to school. The crew was able to secure the interview only after paying her husband a fee. Alinafe also had to promise her husband she wouldn’t say anything negative about him.

“She did talk about her regrets and these were not the plans she had for herself, that she wanted to be an educated person and accomplish something,” Enskat said. “Her marriage took place maybe a year before they passed the resolution (outlawing the practice), so the only way she can get out of it is to divorce him and she has no money.”

The Bride Price has already won multiple accolades and been accepted to three film festivals, but Enskat said no award or review will top the endorsement of Kachindamoto.

The chief requested a copy of The Bride Price dubbed into Chichewa so she can take it to villages across Malawi and screen the film from her laptop.

“I already see it as a success in that regard, the fact that she wants to do that,” she said.

Profits from The Bride Price will go towards the Alinafe Girls Rescue Center, a developing project that will provide housing, day care, high school completion and skills training for girls who escape their forced marriages.

The Bride Price has already raised $10,000. The film is available for streaming on Vimeo and will soon be available on Amazon Prime.

“I just hope maybe one day Alinafe can be there herself. I don't know how to make that happen but I can dream,” Enskat said.

“The Bride Price” film will help change the perception of forced and arranged marriages in Malawi, Africa

Alinafe’s heart soared with hopes and dreams of becoming a nurse. As a 15-year-old student leader at the top of her class in Malawi, Africa, d…