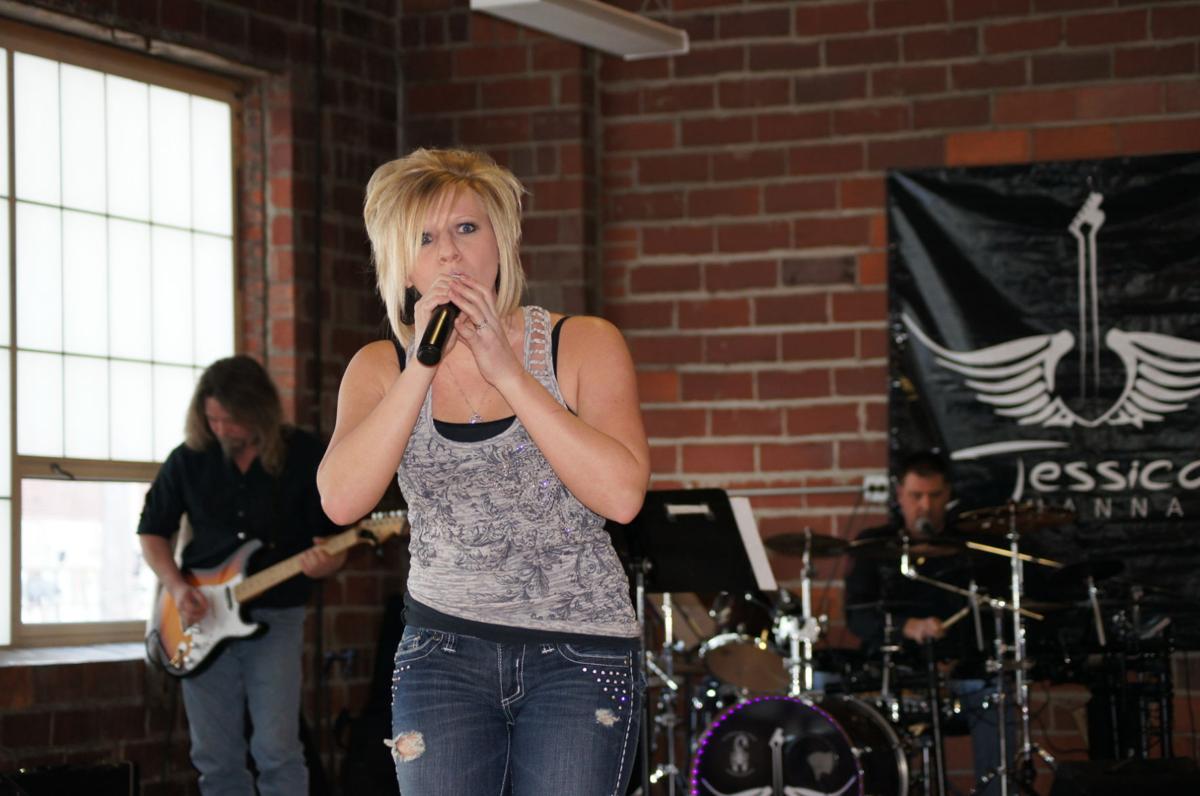 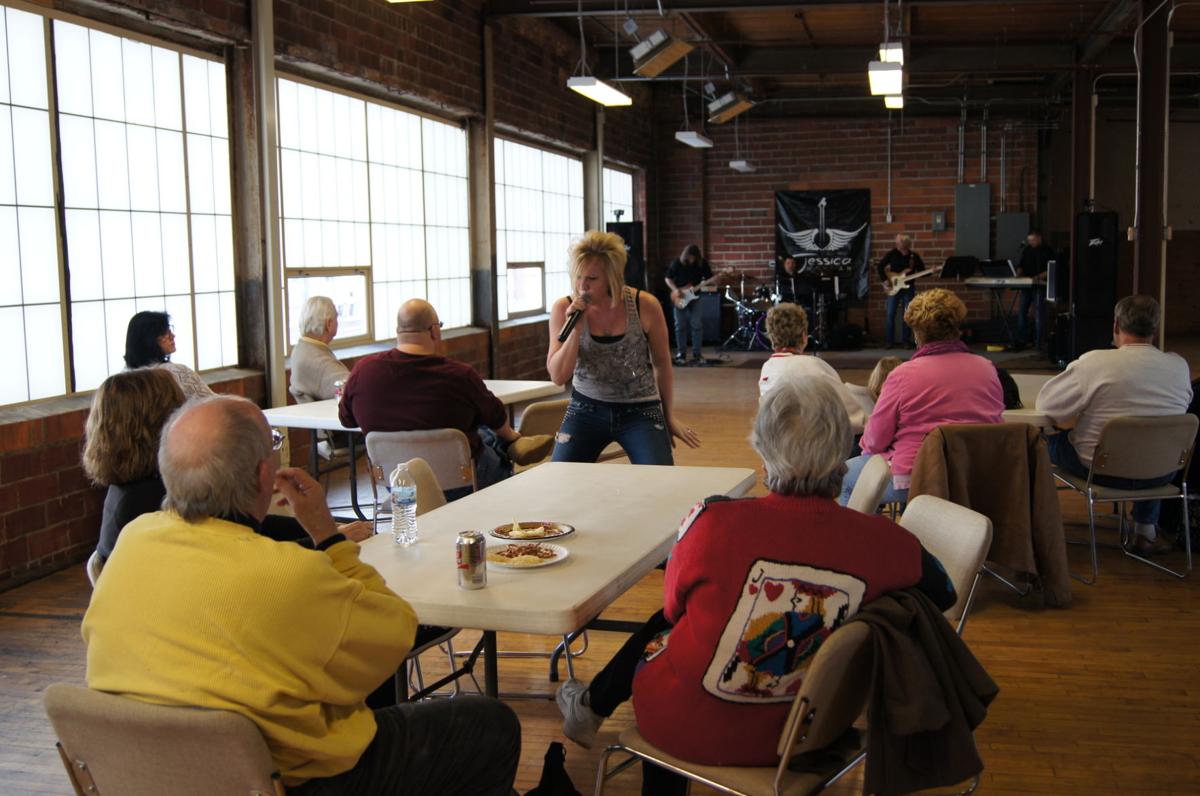 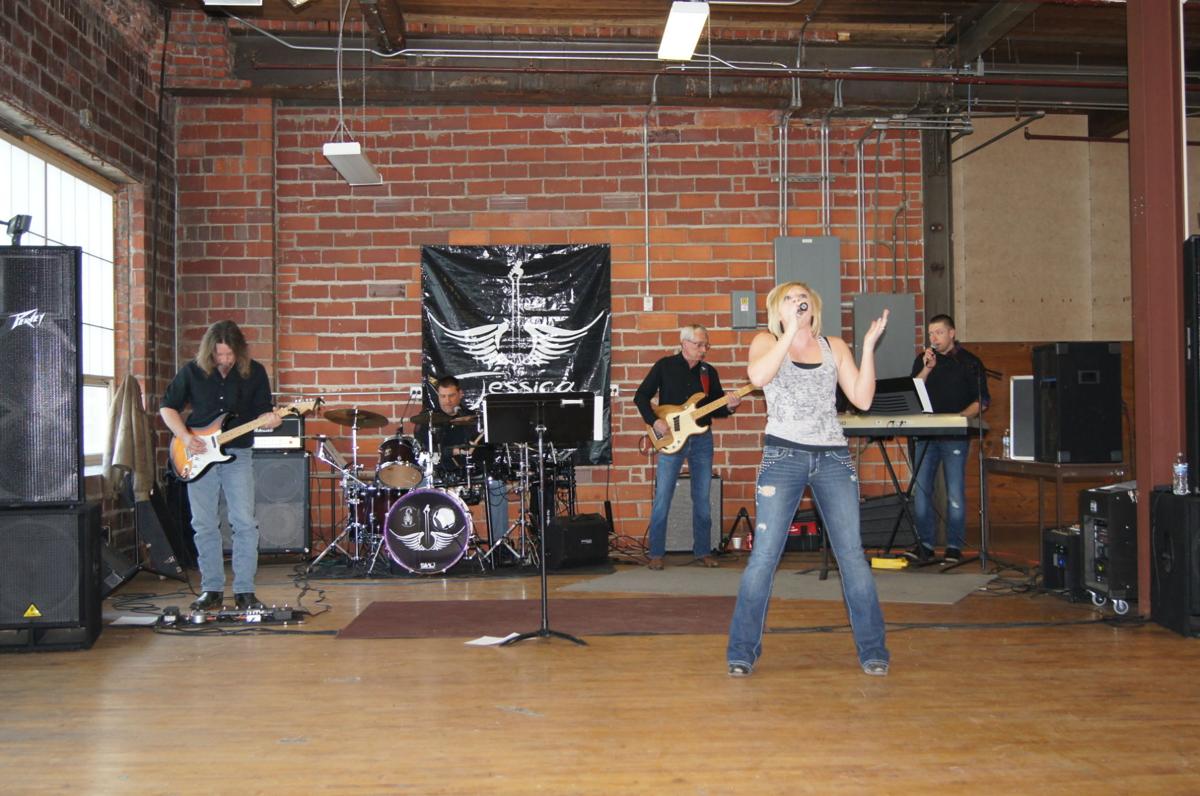 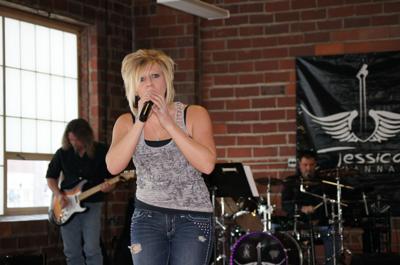 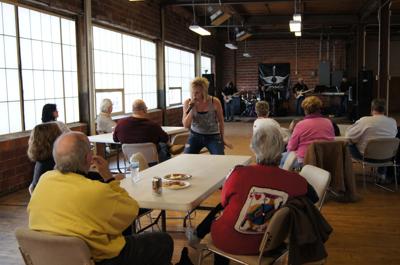 “We are a loud band,” said lead singer Jessica Hannan. “We’re not your traditional country…it’s more of a rock-country than anything.”

But what’s a country-rock band doing at Mansfield’s technology-based incubator?

“Although we clearly focus on high-tech startups, we try to do what we can for an entrepreneur of any type,” said Braintree CEO Bob Cohen. “A band is a business, and if there’s some small thing we can do, like let them use a room to try out their new set, that seems reasonable to me.”

Hannan had another “in” at Braintree – her husband and drummer, David Haag. Haag is an employee of Hess Industries, a tool and die company and a Braintree anchor tenant.

She said that music was a bonding for the newlywed couple, but added, “Even if we didn’t have music together, there’s just something between us.”

“It’s kind of like a crazy love story,” said Hannan. “He started drumming for me in November. We started talking in January, and by August of 2014, we were married.”

Hannan, who’s legal name is now Jessica Haag, prefers her maiden name for the stage. Performing since the age of 13, a name change could be confusing for fans.

After touring and releasing her own album, "First Flight," Hannan decided, at the age of 17, to take some time out of the industry. “I just wanted a normalcy, I guess,” she said. “I wanted to have a normal birthday, a normal relationship.”

She confessed her parents weren’t happy with her decision. Her career had been moving upward. She had three songs in airplay, and two of those, she said, made it to seven states and three countries. “But kids will be kids,” she said.

Three years ago she re-launched her career and plans to release a new album this year with band members Haag on drums, Mark Merchant on lead guitar, Andy Havpricht on bass guitar, and Tom Shields on keyboard.

Hannan hasn’t given up her day job, though. She’s an instructor at Ross Medical Education Center in Ontario. “If I were in country music for the money, I wouldn’t still have a day job,” she said with a laugh.

Hannan brought the audience into the music as she danced from table to table of Braintree tenants, employees, and guests, and every song ended in applause.

Tour dates and other info can be found at JessicanHannan.com, her Facebook page, or her YouTube channel.

Last Thursday, Bellville Mayor Teri Brenkus took a selfie with Mount Vernon High School senior Owen Baughman after seeing him perform an act of kindness at his place of work, the Coshocton Avenue Taco Bell. Brenkus posted the photo on Facebook, along with a caption explaining what Baughman had done. The post immediately went viral, as people across the country lauded Baughman's generosity.

LOUDONVILLE — The Cleo Redd Fisher Museum in Loudonville has announced a number of upcoming free classes, which should be of particular interest to homesteaders with a sweet tooth.