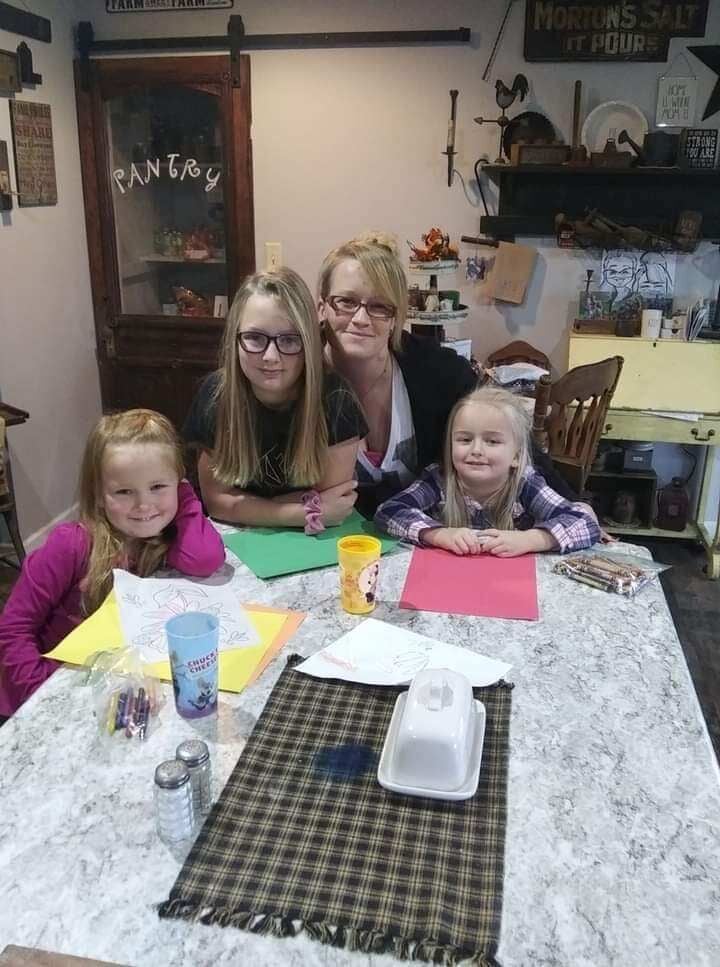 Ashley Coy enjoys arts and crafts with her three daughters. 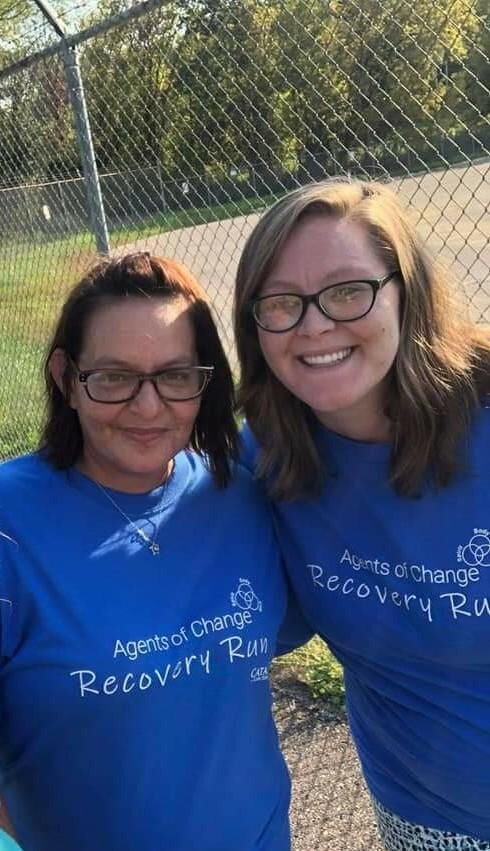 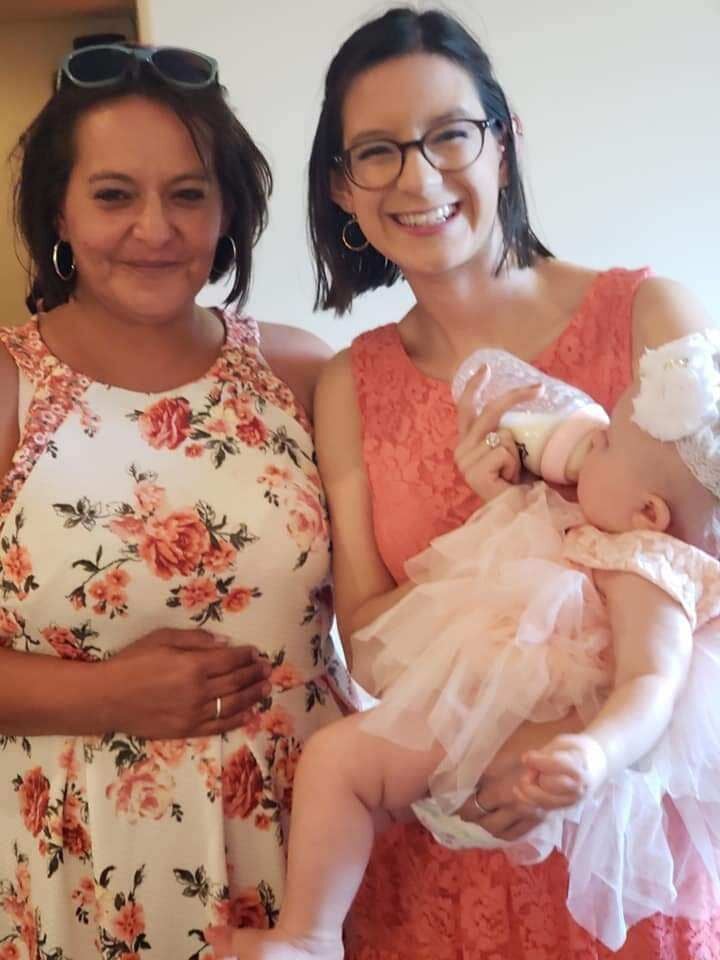 Alicia, her daughter, and her granddaughter 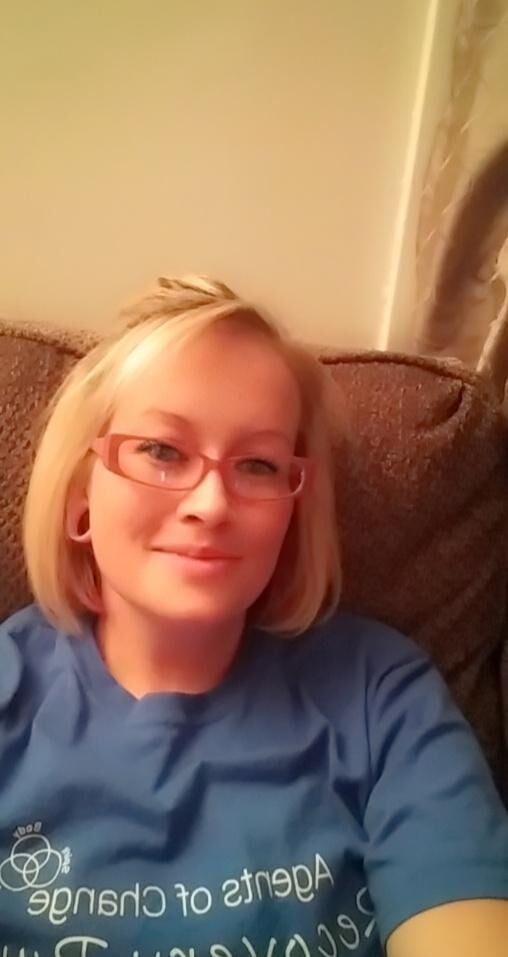 Despite not having the best days all the time, Ashley Coy remains humble and grateful toward Catalyst Life Services for helping her get her life back.

Editor's Note: This is the third of an ongoing series on mental health through the campaign KnowItB4UNeedIt, which encourages community members to educate themselves on the social services Richland county has to offer. These stories encompass local mental health services and ways to get help and know before you need it.

During her first year of moving to Mansfield, Alicia Youngbird was scared to unpack her bags. She’d already been up and down Ohio for years, so staying in one place never truly suited her.

Youngbird had her first experience dabbling into drugs at 16 years old, but after having her first child, a daughter, she quickly straightened out. Years later, at 28 years old and with two children, she became fully addicted.

“It’s just really horrible (for her children) to grow up with a mom who actually had been there from the beginning (and) kind of watch her get lost,” Youngbird said.

Originally born in Aberdeen, South Dakota, Youngbird moved to Ohio, where she got involved in an abusive relationship, was heavy on drugs and eventually became homeless. Her children were sent to live with their father, and after breaking so many of her past healthy relationships, Youngbird felt isolated.

“I ended up on the streets; I ended up in a domestic violence shelter, and I would get kicked out of everything because I couldn't keep myself together long enough to complete a program anymore,” Youngbird said.

After several attempts throughout the years of trying to get clean, Youngbird had her first breakthrough when she moved to Mansfield five years ago when an old friend of hers, who was still willing to help, invited her to a support group at New Beginnings — a recovery service provided by Catalyst Life Services. Although her first attempt was unsuccessful and she ended up relapsing, Catalyst continued to work with her. Today, she is officially two years sober.

“This is the longest time I’ve been sober in a very, very long time, and I’m just very grateful for the support and Catalyst itself for never giving up on me,” Youngbird said.

Youngbird first began to wake up from the nightmare she’d been living when her daughter graduated from Secondary School in Texas and she was unable to attend.

“People offered to get me a ticket to go down, but you can't travel and be on drugs… and I was in no shape to travel. So I watched it on live stream, and I cried the entire time. And that's the day I decided that I was going to try and get my stuff together,” Youngbird said.

Now that she’s in a much better place than she was previously, Youngbird has a stable job as a floor tech at Progress Industries, a sister company to Catalyst, and has her family and a healthy group of friends to keep her on solid ground.

Shelby resident Ashley Coy started using drugs and drinking at 15 years old, her reason being that she liked how the other kids looked while doing it. She’d use anything ranging from Suboxone, heroin, fentanyl and crack.

Her parents did everything they could to get her to stop, but Coy would continuously lie and say she wasn’t doing anything. The only person she had left was her drug dealer who she would call her best friend.

Coy didn’t get clean until 20 years later when she finally went to rehab on April 26, 2019. Her parents, whom she’d been living with, gave her only two options: leave their house and give up custody of her three children or go and seek treatment.

“I guess I could say that I was forced to go to rehab… So, it wasn't until after I got done detoxing and everything that I realized that I had to continue doing this for my girls and myself,” Coy said.

Coy tried to hide her addiction from her children, although her oldest was very aware. There’d been an incident previously where Coy’s former significant other and father of their children went to a doctor’s appointment and failed a drug test. Their oldest daughter was there with him at the time, and child services got involved.

“I didn't do drugs in front of her, but she knew what was going on,” Coy said. “And our relationship (has) come a long way. It still has its rocky points, but every day is like a small step that things are getting better.”

Coy detoxed for three and a half weeks at a Catalyst facility before being transferred to New Beginnings for long term rehab. She participated in the Triple P program, which offers parenting and women's empowerment classes as well as counseling.

“(Counseling) finally made me realize that I needed to put my guard down and that I did need the help, but I had to fix me before I could be a parent or a daughter or a sister to anybody,” Coy said.

Through the healthy, strong relationships she’s built with the people at Catalyst and her support group, Coy feels stronger than ever. Although she’s still working to gain trust back within her family, she knows they support her journey to get better.

“What I have now, even with the little fights, or the tantrums that they throw or whatever it may be, it's so much more worth where I was before.”

For more information on Catalyst Life Services, visit their website or call (419) 756-1717 to learn more.