SHELBY — Finlee and Lakelyn Roberts grabbed handfuls of sand and let it dribble through their fingers into the sandbox below.

“Oh no! The lava is falling on the castle!” their mother Ashley cried in mock horror. The girls giggled. 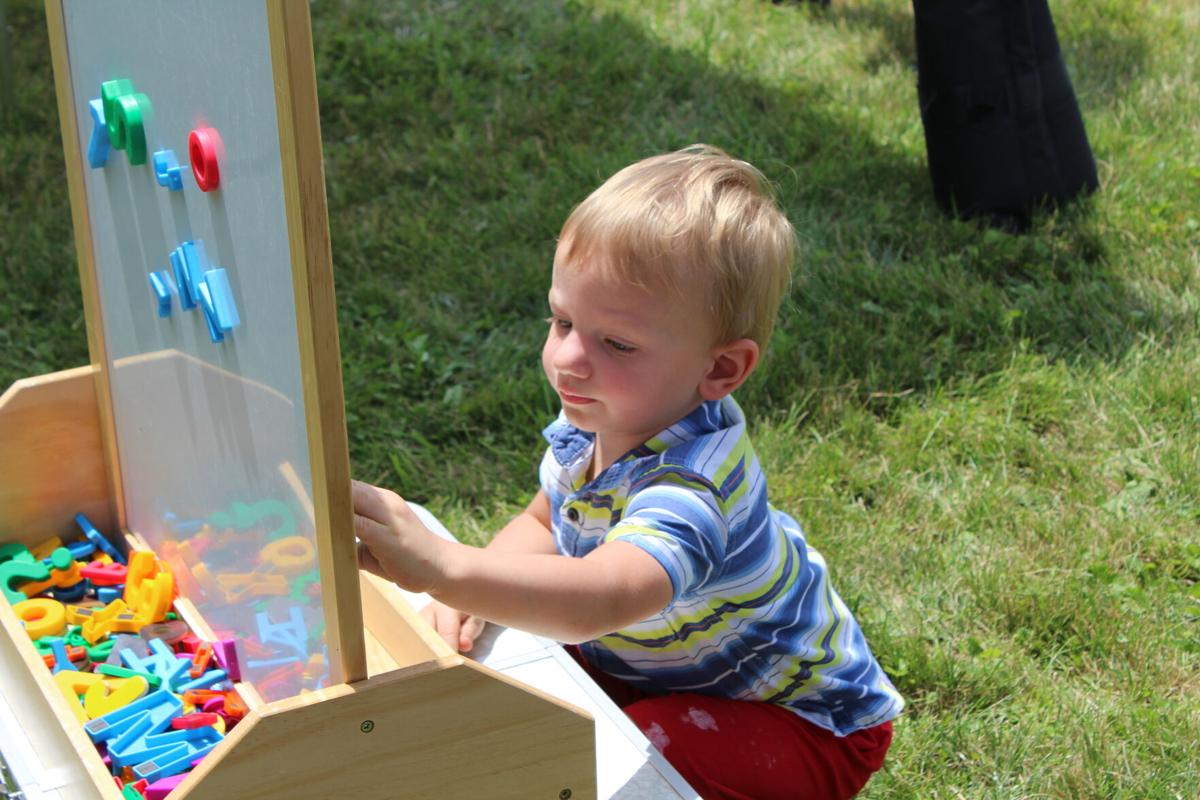 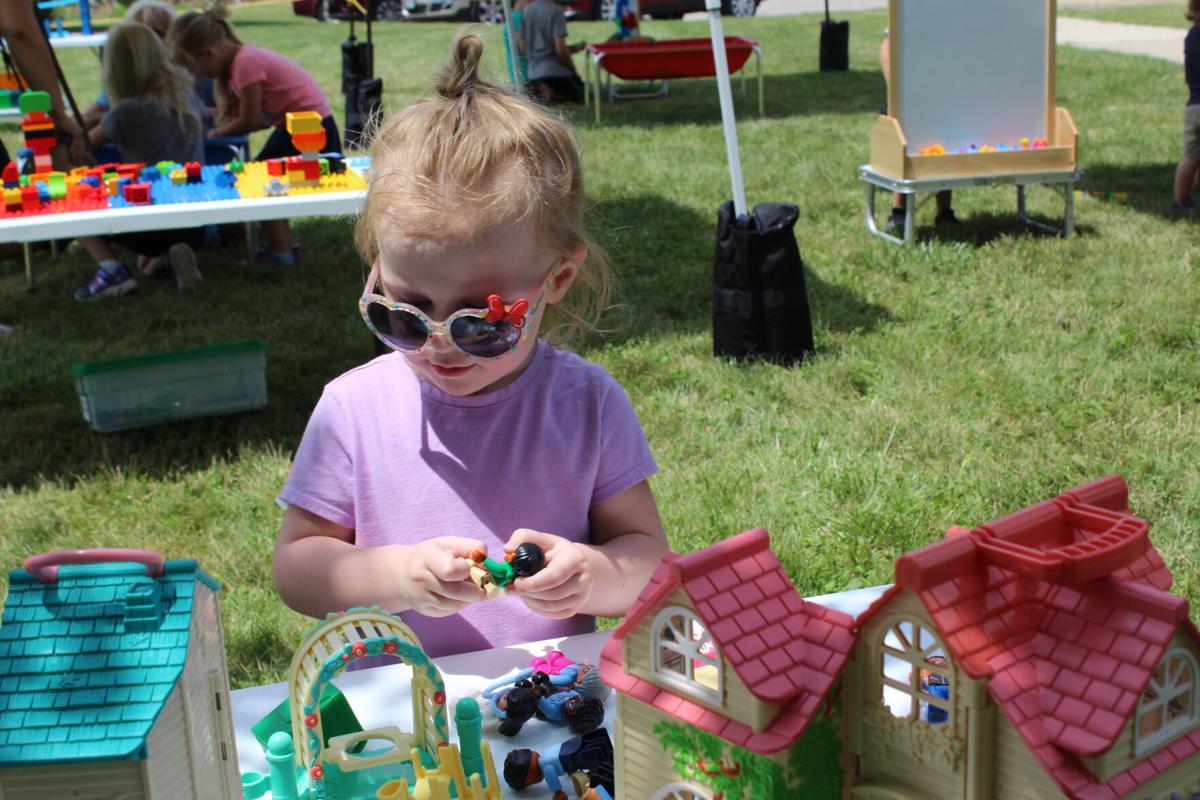 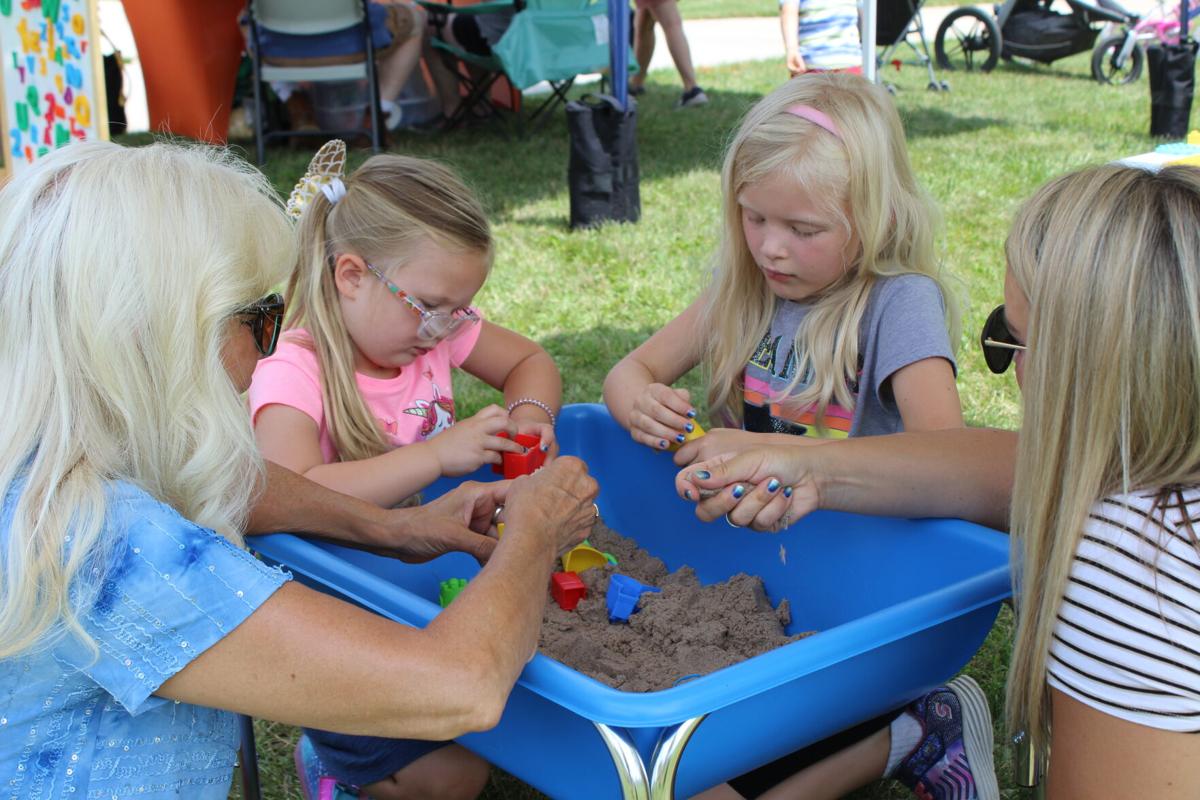 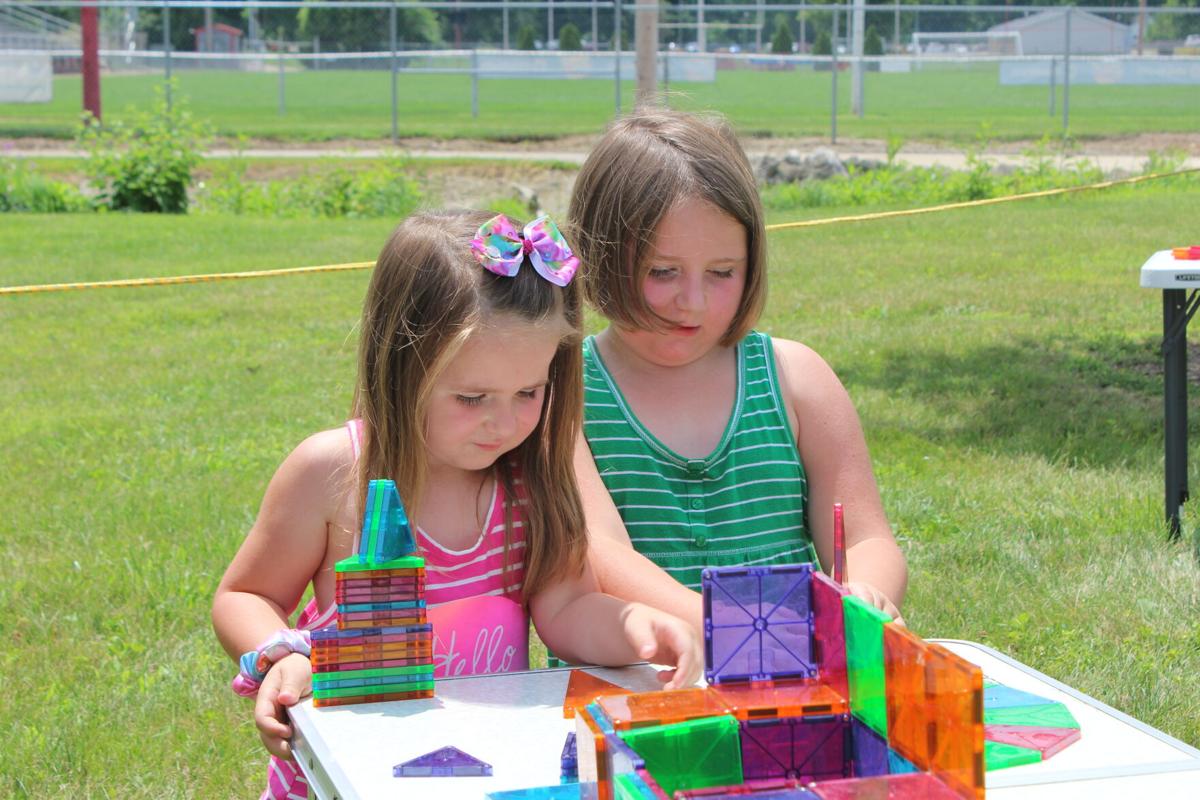 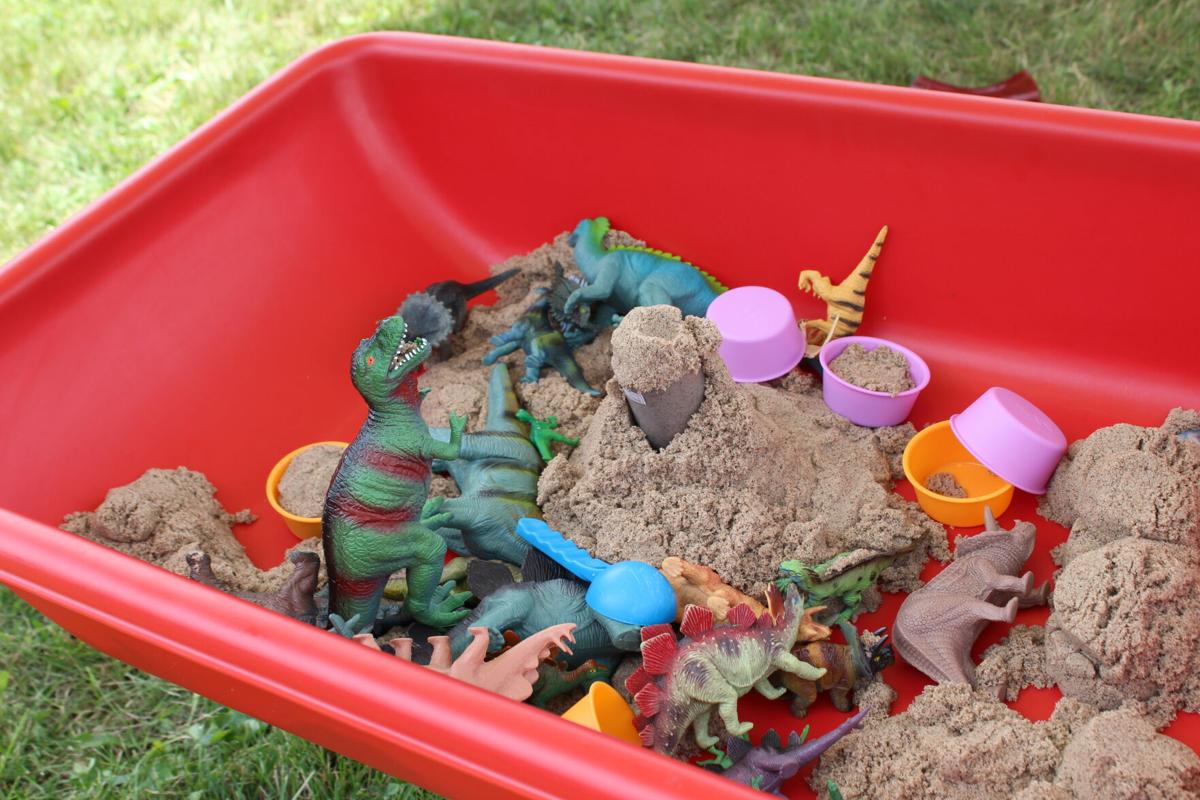 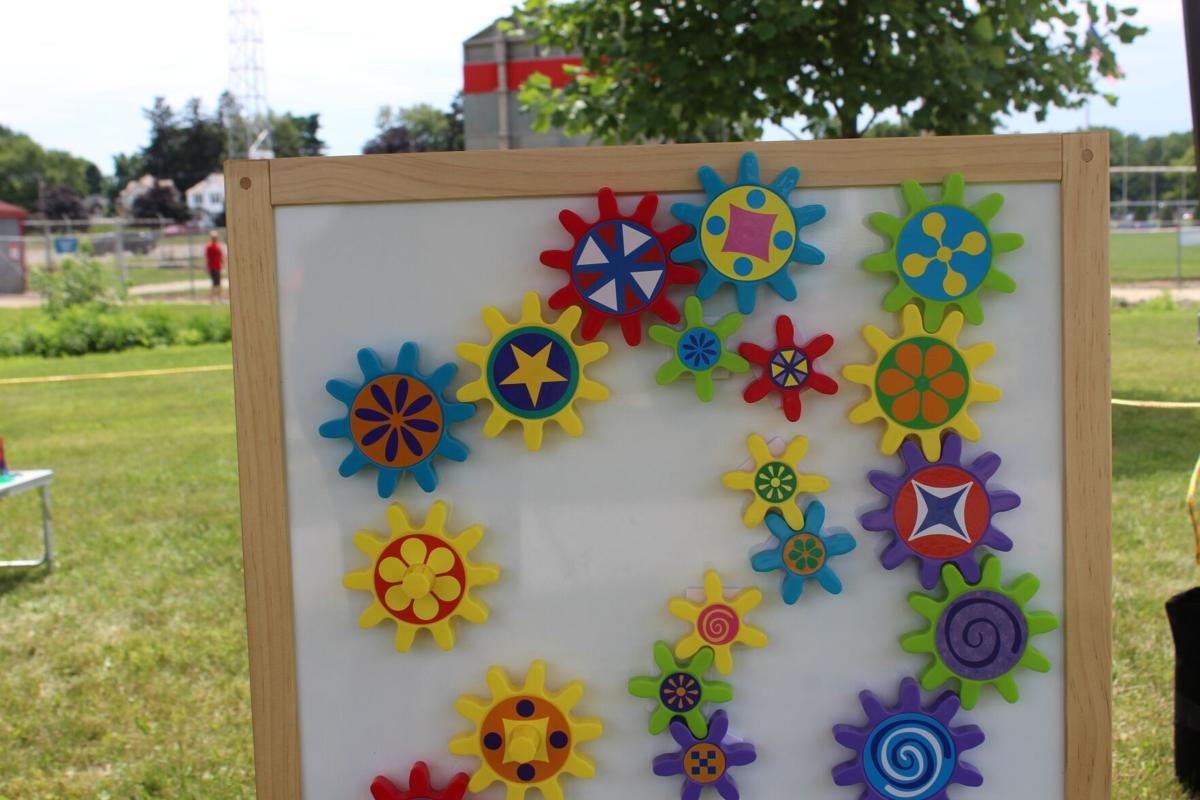 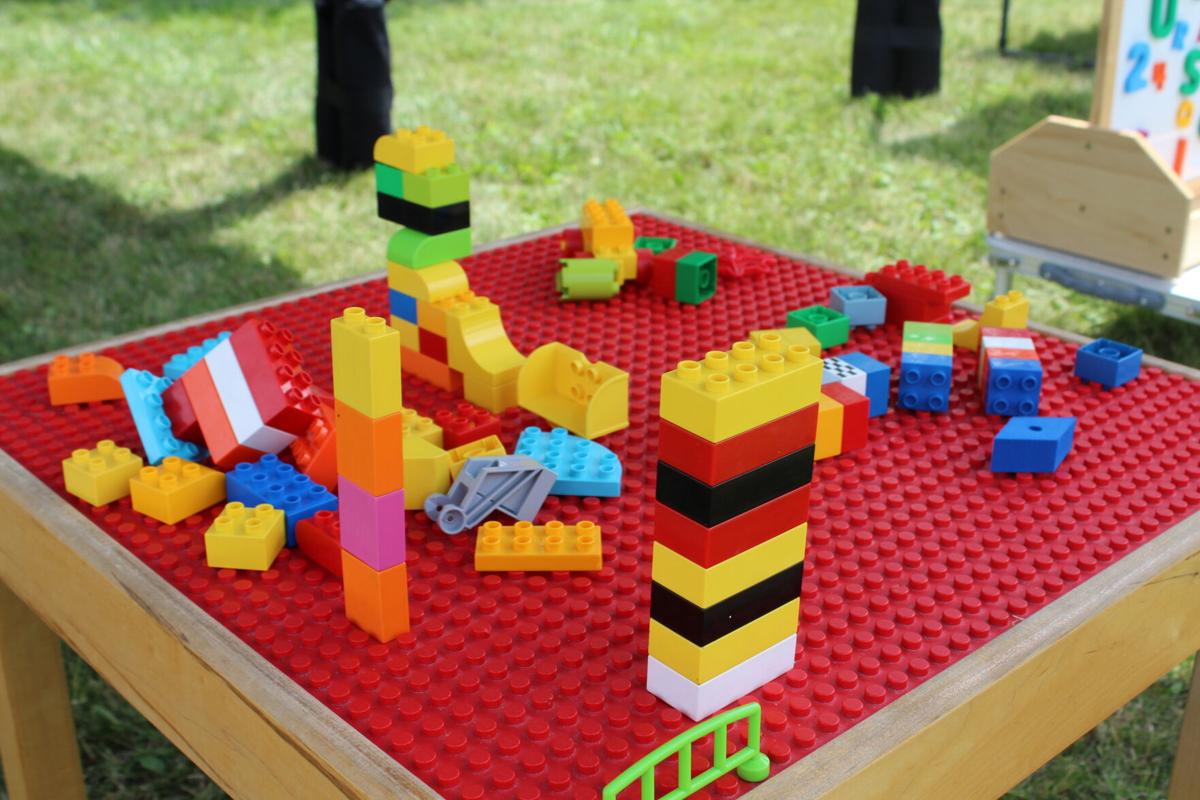 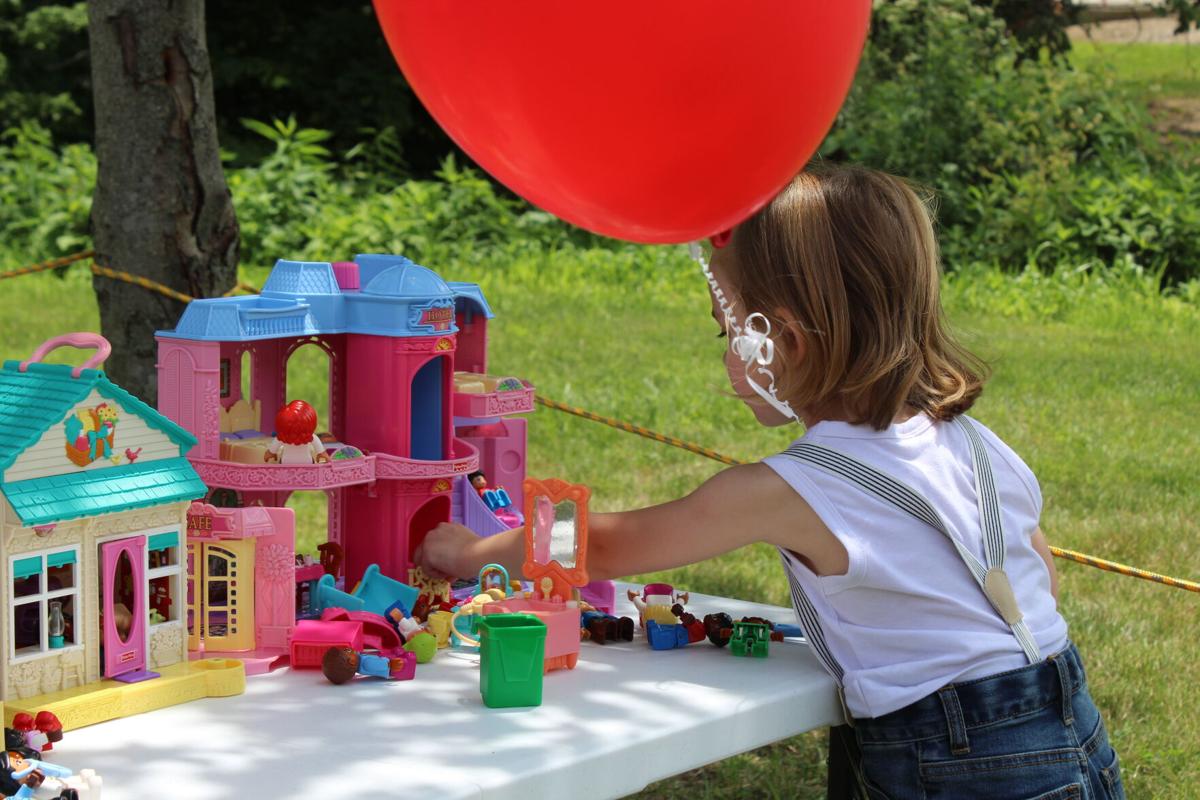 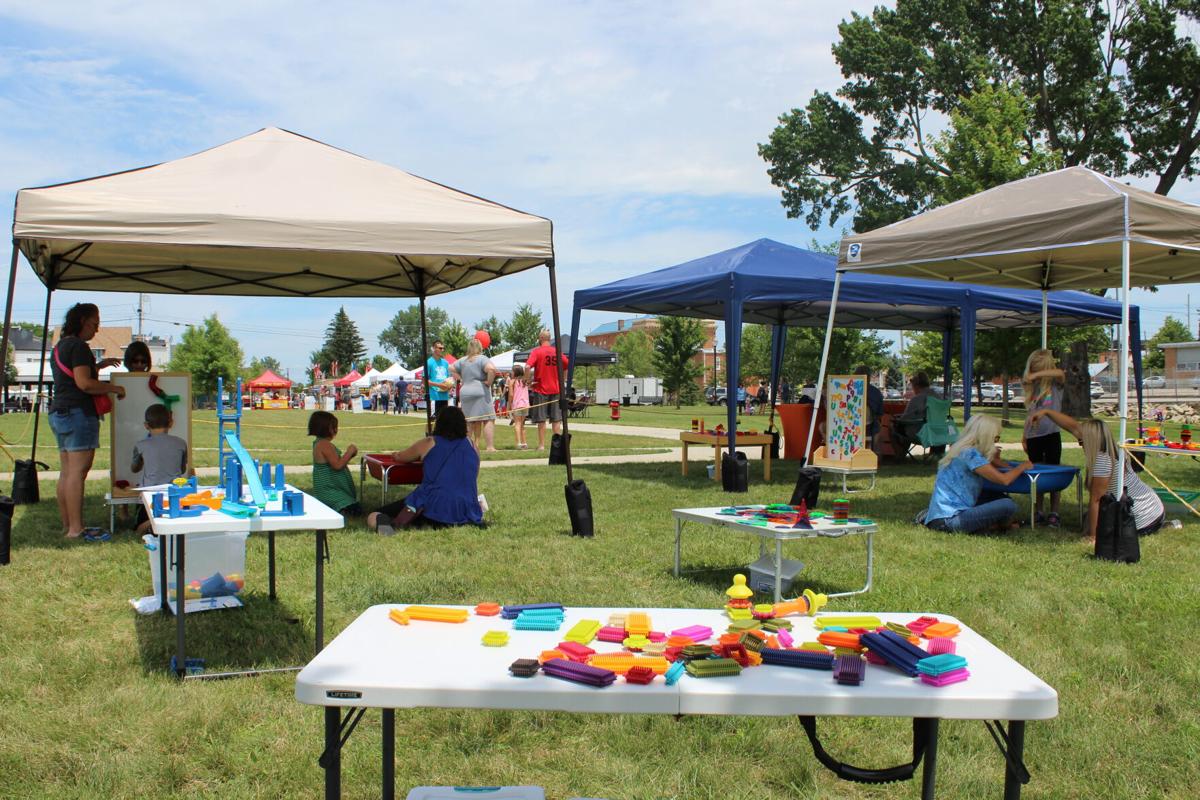 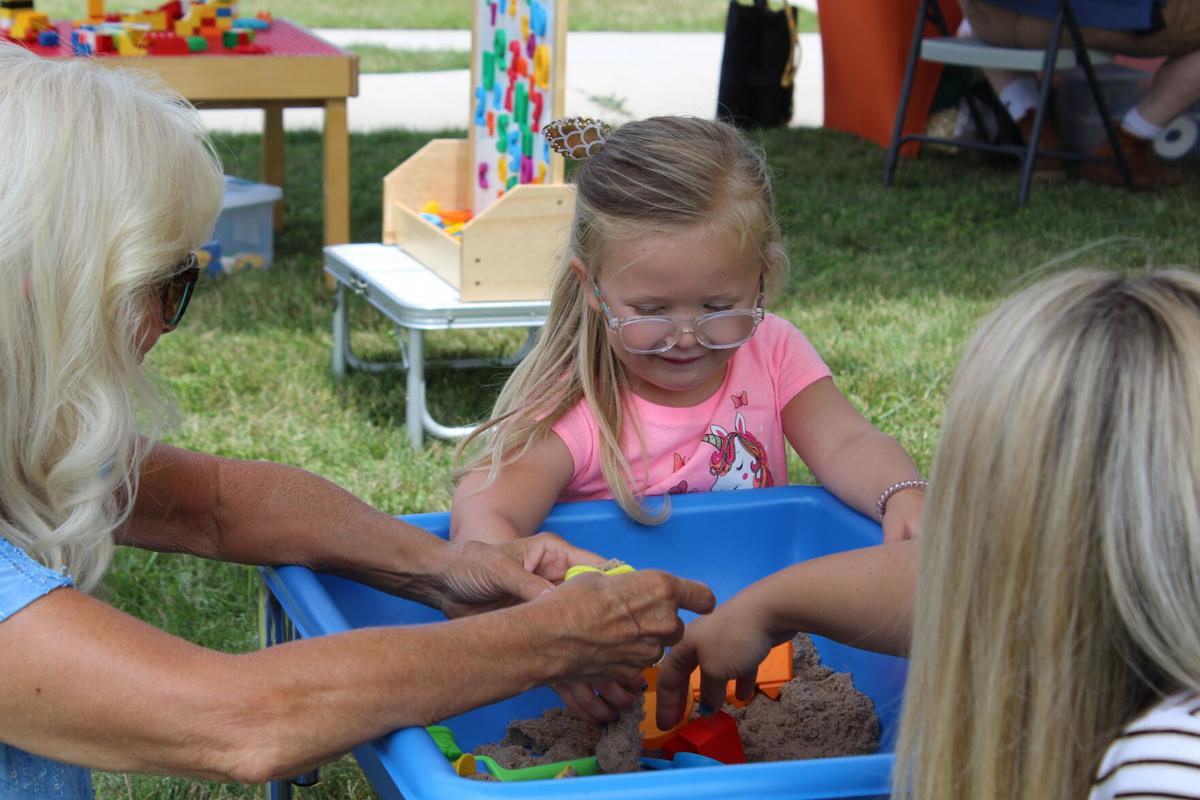 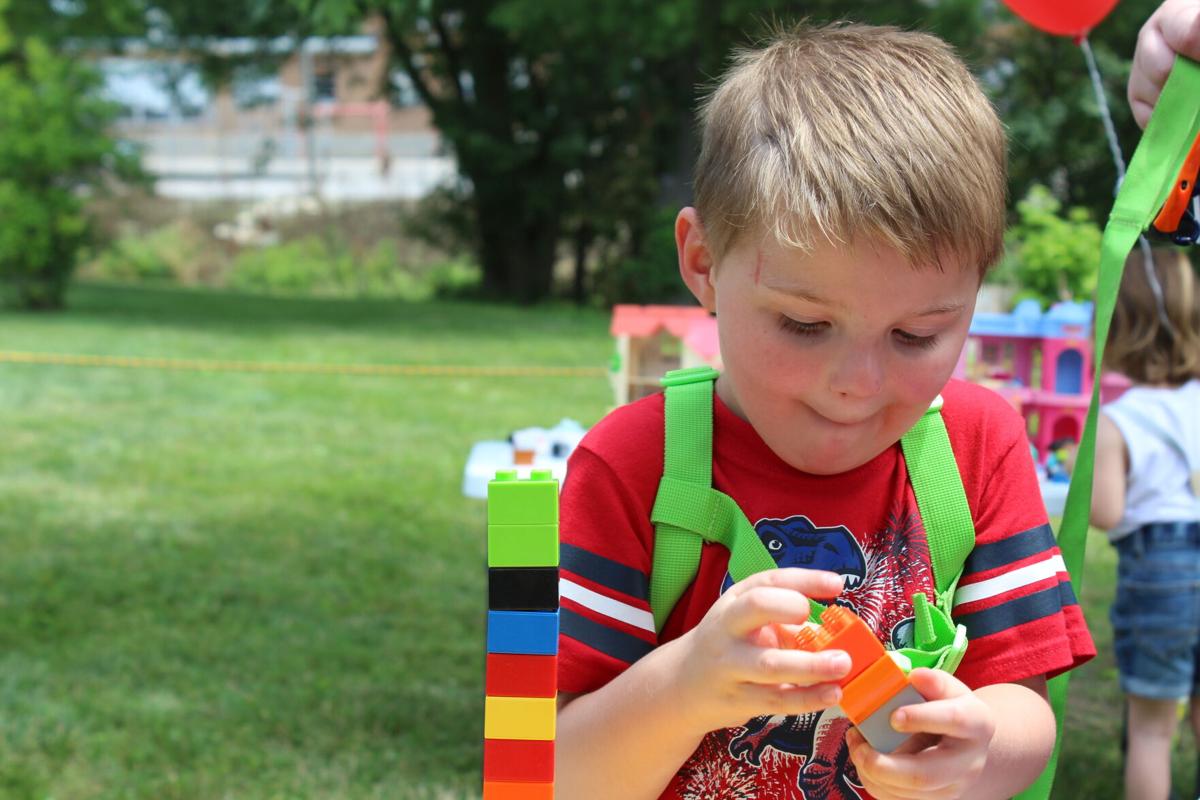 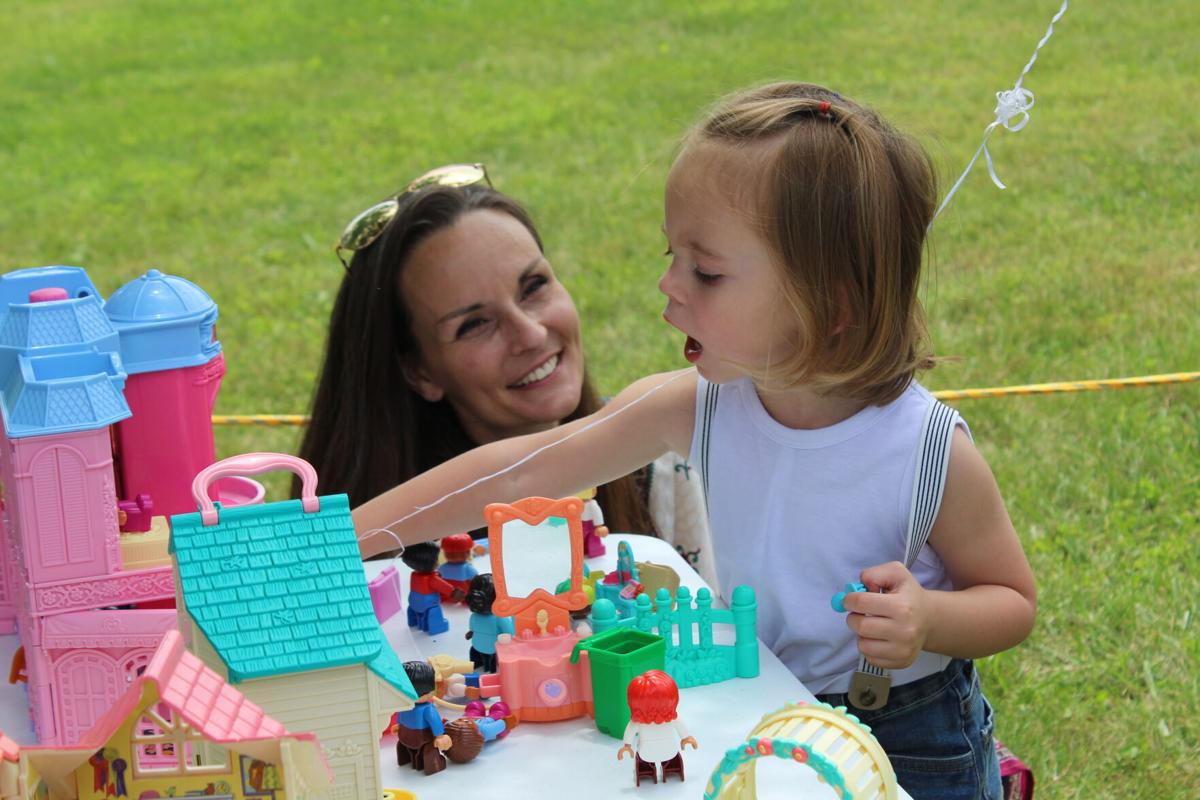 There were about a dozen miniature play stations set up on the lawn at Black Fork Commons, but the Roberts family spent most of their time at the kinetic sand box.

The portable stations are available free of charge to event hosts and can be brought to indoor and outdoor events in Richland County.

On Friday and Saturday, the stations were set up under canopy tents for the Shelby Bicycle Days festival.

“We were expecting to come here and not have any kid’s things, so that they have all this set up -- it's pretty cool,” Ashley said. “It’s very sensory, tactile, hands-on. I’m a kindergarten teacher and this is the kind of stuff that they really get into.”

Four-year-old Finlee continued to shriek and laugh as she built castles and scooped pretend ice cream cones in the sand. Lakelyn, 6, turned and walked toward a table covered with dollhouses and furniture.

A few feet away, Jennie Gross played with her two daughters in a second sandbox. Gross and her family drove from Seneca County for Shelby Bicycle Days.

“We're not from here, though we're pretty close. So it’s nice to see what this community offers,” Gross said. “We live in Bloomville now and there’s nothing like this.”

Jonathan and Katherine Clapp of Shelby rode their bikes into town with their children Henry and Lilly on Saturday. The kids begged their parents to return to the imagination stations after visiting the day before.

“They've been talking about it all night. I think my son dreamt about it,” Katherine said. “He was talking about the sandpit and he wanted to come back. This is where we’re gonna be all day.”

“It's perfect for the little ones. They don't usually have anything for the really little ones,” she added. “So it's nice this year to have something different.”