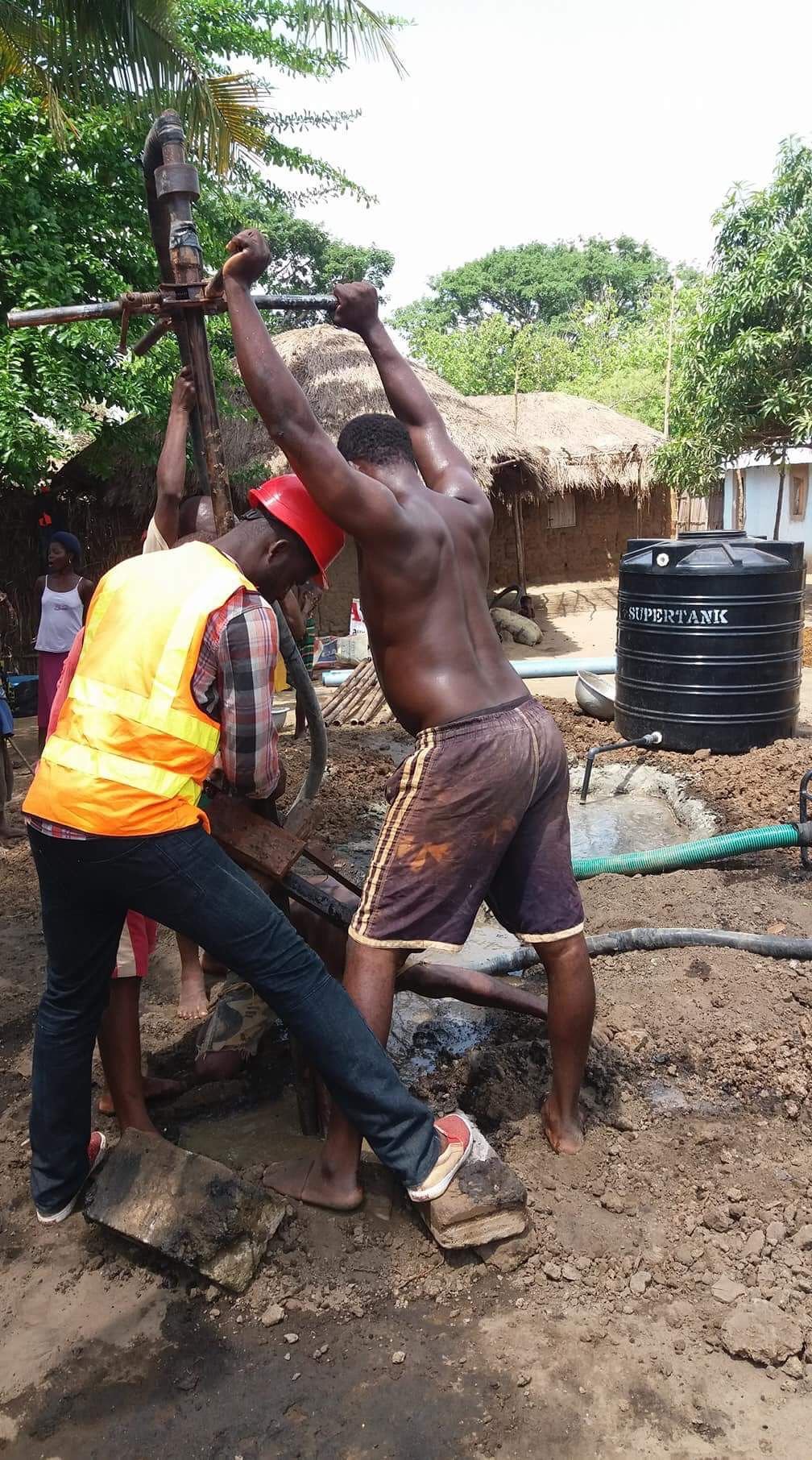 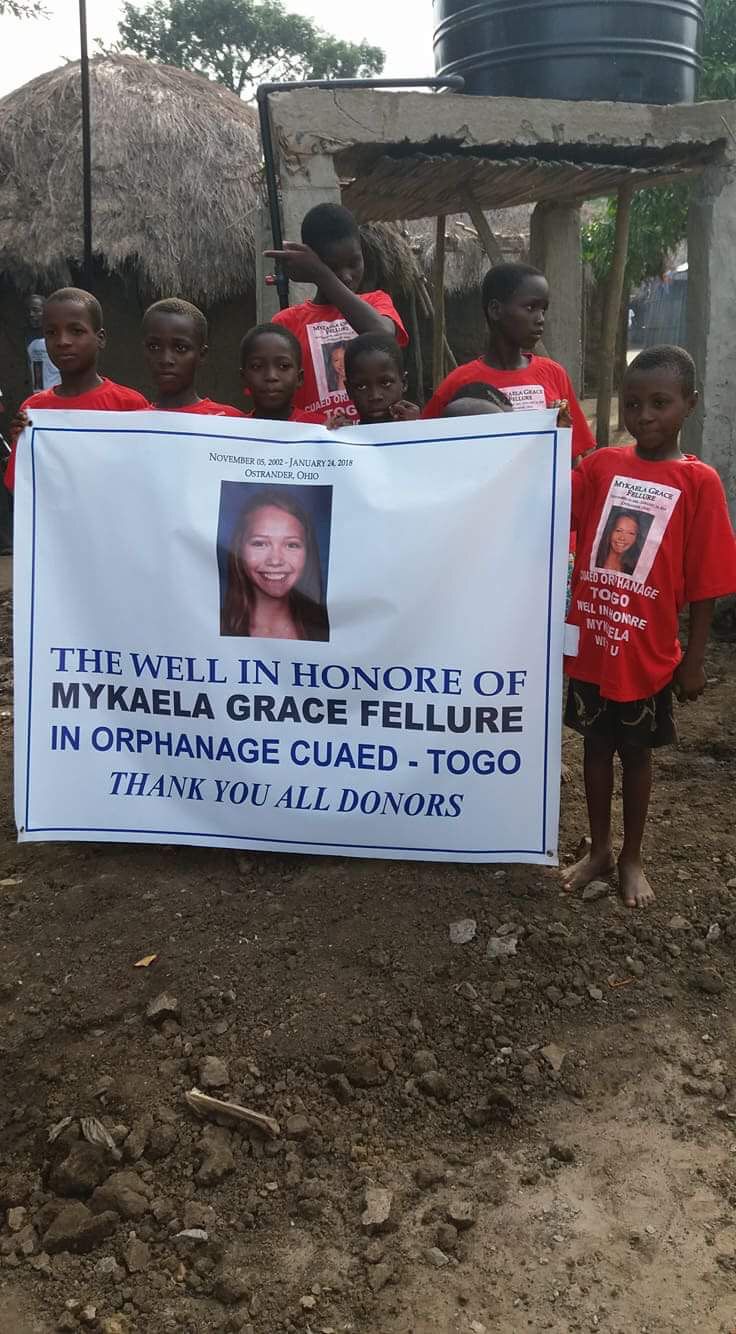 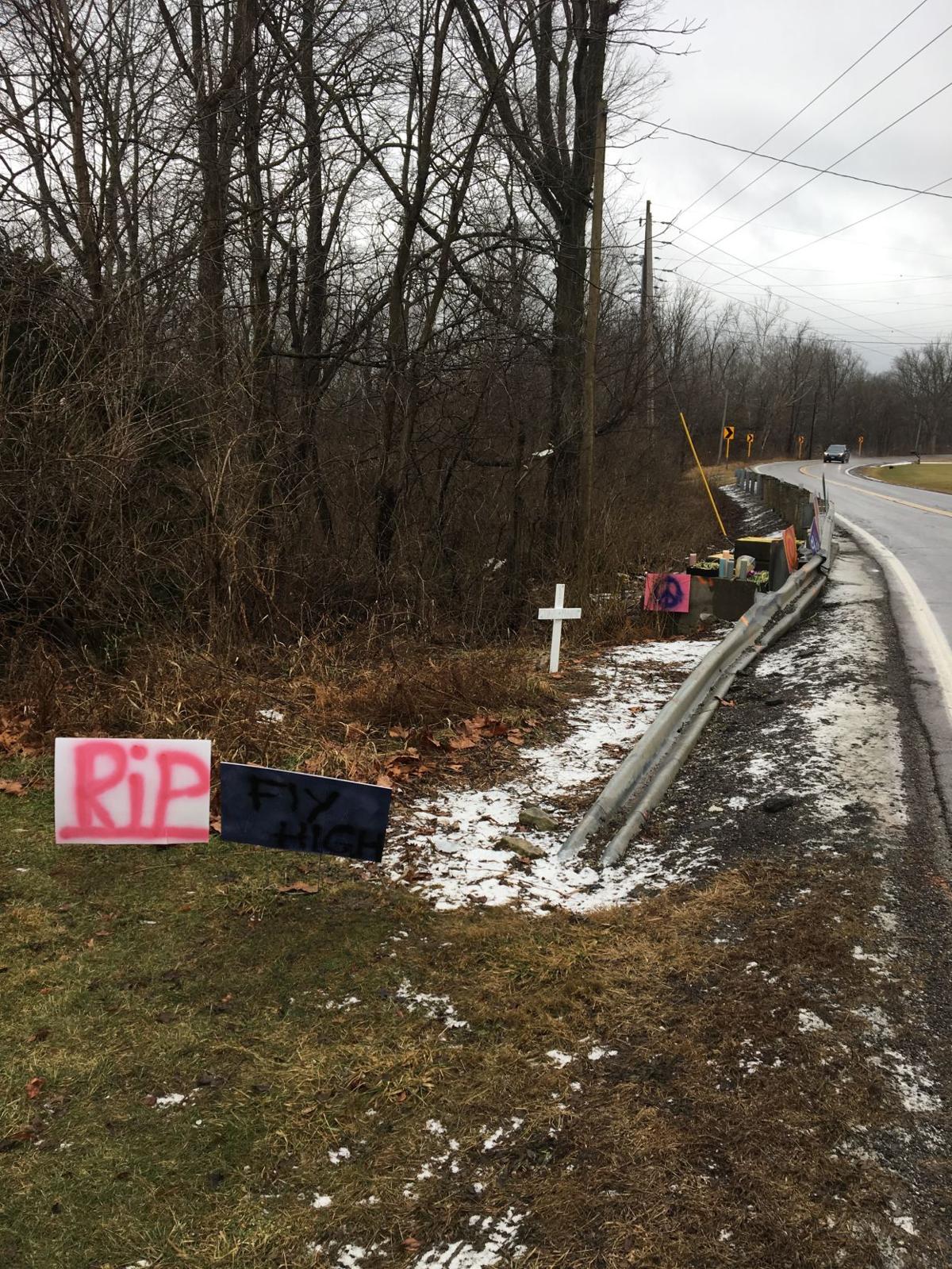 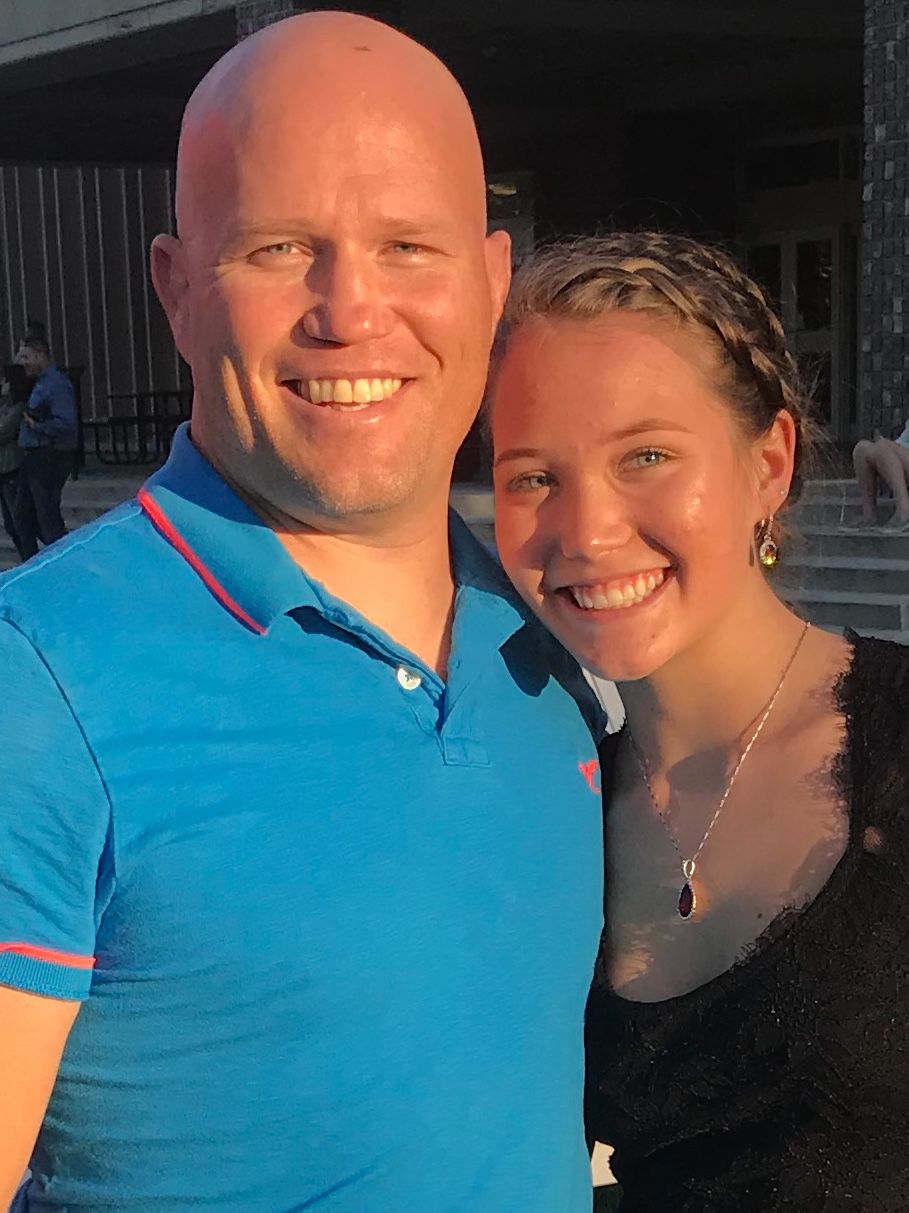 Jeff Fellure with his daughter, Mykaela

MANSFIELD -- Mykaela Fellure lived life like a typical teenager. But her tragic death helped improve and save lives thousands of miles away.

As a freshman at Buckeye Valley High School, she was a hard-working, straight-A student.

On Jan. 24, she and two of her friends were headed to a house in Delaware. It had rained all day that Wednesday. That afternoon, the temperature dropped below freezing, according to Mykaela's father, Jeff Fellure. The drizzled rain on the roads froze.

The driver, 16-year-old Jake Roberts, had just gotten his license and was southbound on Ohio 257, just before 3 p.m., not far from Ostrander.

"He wasn't experienced, not in winter weather. So they came on this S-curve, and he overcorrected. The Jeep ended up tipping on its side and sliding, and it hit the guard rail - the ones that are built real low to the ground," Fellure said.

According to Fellure, when the car hit the guard rail, it acted as a catapult - the Jeep ramped up over a ravine, and over the creek. The vehicle hit an oak tree before capsizing and falling over. The roof collapsed, pinning the passengers inside.

Jake Roberts and Mykaela Fellure died on impact. Only one passenger survived. Mykaela was 15 years old.

As the family tried to pick up the pieces after the death, Fellure's ex-wife and Mykaela's mother, Charity Wallace, sought comfort in a friend who worked with an orphanage, Cuaed, in Togo, Africa.

Wallace's friend, Sharon Hoslt, spoke about the tragedy with the president of the Cuaed Togo Orphanage.

"We sent her our condolences," Tengue Mawutsone Messan, president of the orphanage, said via Facebook Messenger. "After our condolences, (Jeff) was surprised and asked me (to be) friends on Facebook and through our conversations, he asked me our needs and I told him about the drinking water."

Cuaed orphans sent a card to Fellure in Mansfield, which touched his heart. He knew he wanted to return the favor.

After sending Facebook messages back and forth, Fellure decided to use donations he received in his daughter's name to build a well in the village.

"They bathed in (the Mono River), and they pulled their water to drink from it and they cooked from it, but they pull water from a little ravine fed by this river, and I think some French doctors had come over and given them some (purification tools)," Fellure explained.

"I don't know what the purification process (is) and the mobile stuff, but still it didn't get rid of all the parasites, and they still had trouble with diarrhea and stomach ailments and everything associated with parasitic, non-clean drinking water that we Americans take for granted."

Messan said his children used to have vomiting and diarrhea on a regular basis due to the water the village used for two centuries. He told Fellure of his village's attempt to build a well for clean, non-toxic water.

"I was like, well how much would it cost to dig a well?" Fellure remembered asking. "So he started telling me the details, and it basically came down to $4,180. To them that's a lot, but to me, to Americans, I can raise $4,000 if it's going to mean clean water."

Fellure decided to start a GoFundMe project to raise more money for the village of Cuaed. The donations flooded in from friends and strangers - in total, Fellure's well campaign raised $5,140, overreaching his goal of $5,000.

After the money was raised, Fellure asked for a contract in which he would send $1,000 a week, so long as Messan sent him videos and photos of the well's progress. The funds went for necessities for the well, machinery and supplies.

After three weeks of videos showing villagers digging 1,400 feet into their earth with their hands, the crew's efforts reached water. 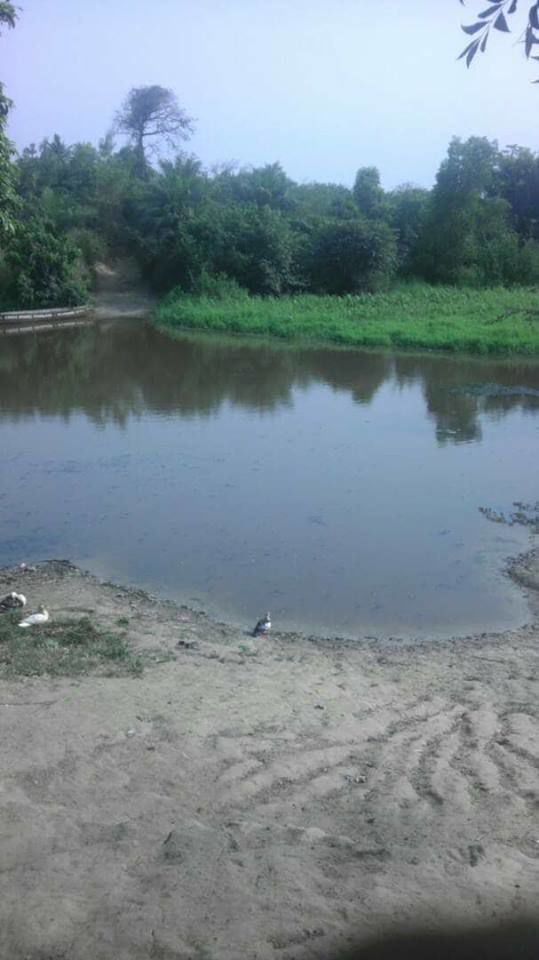 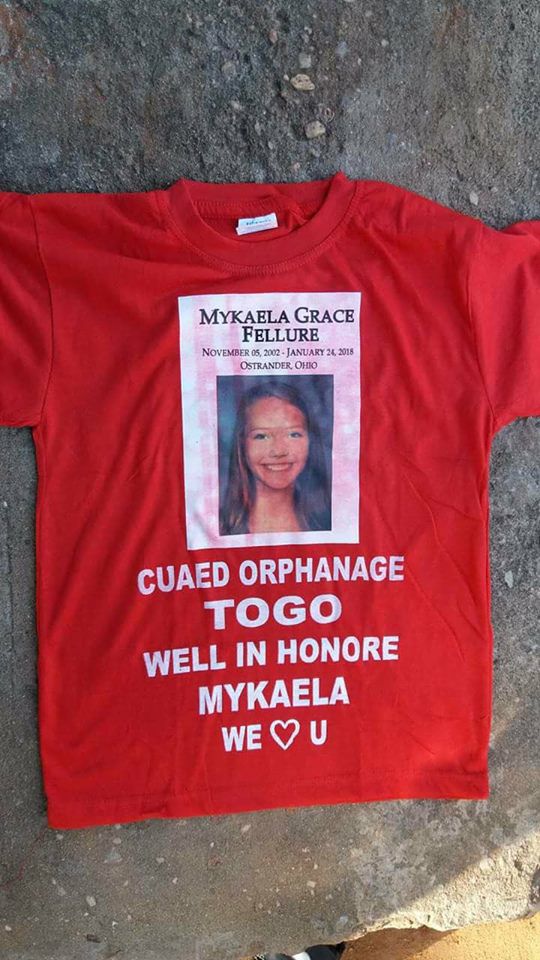 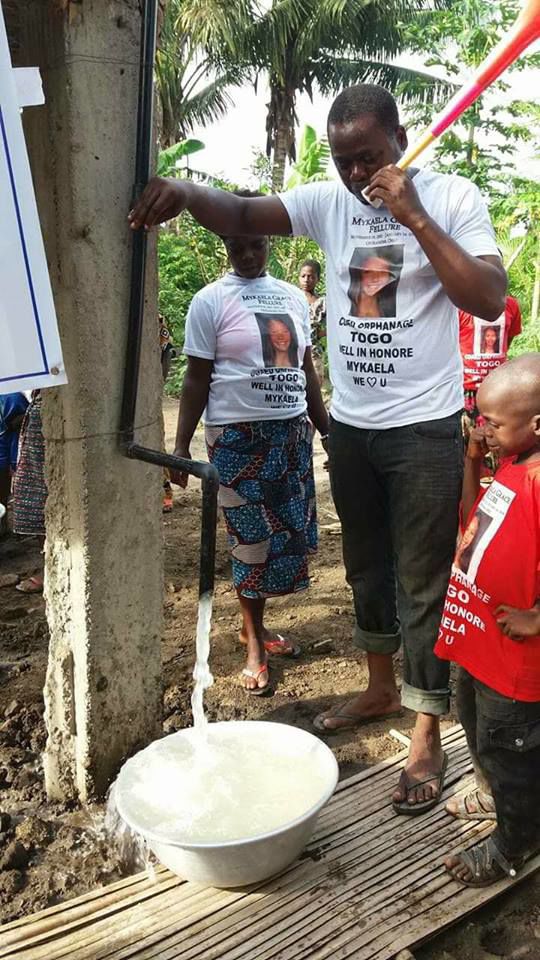 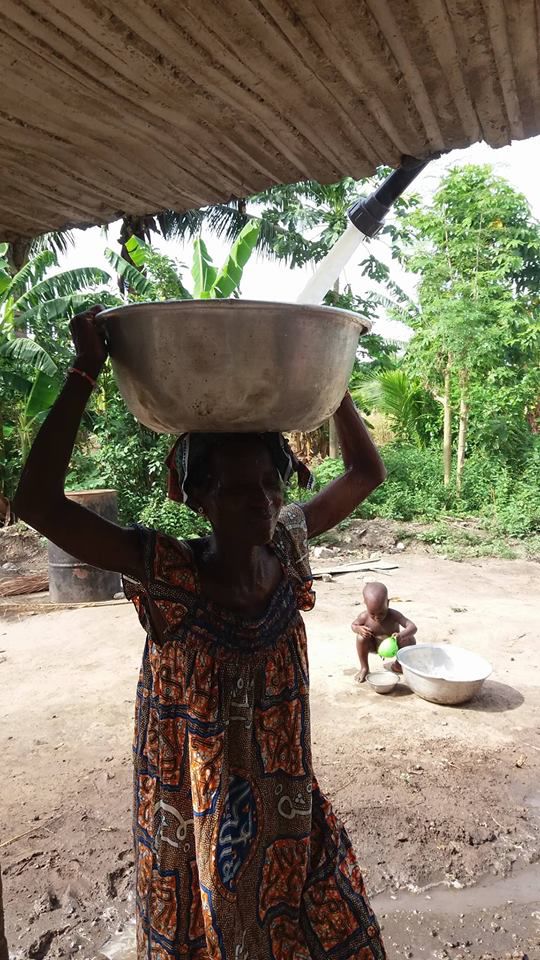 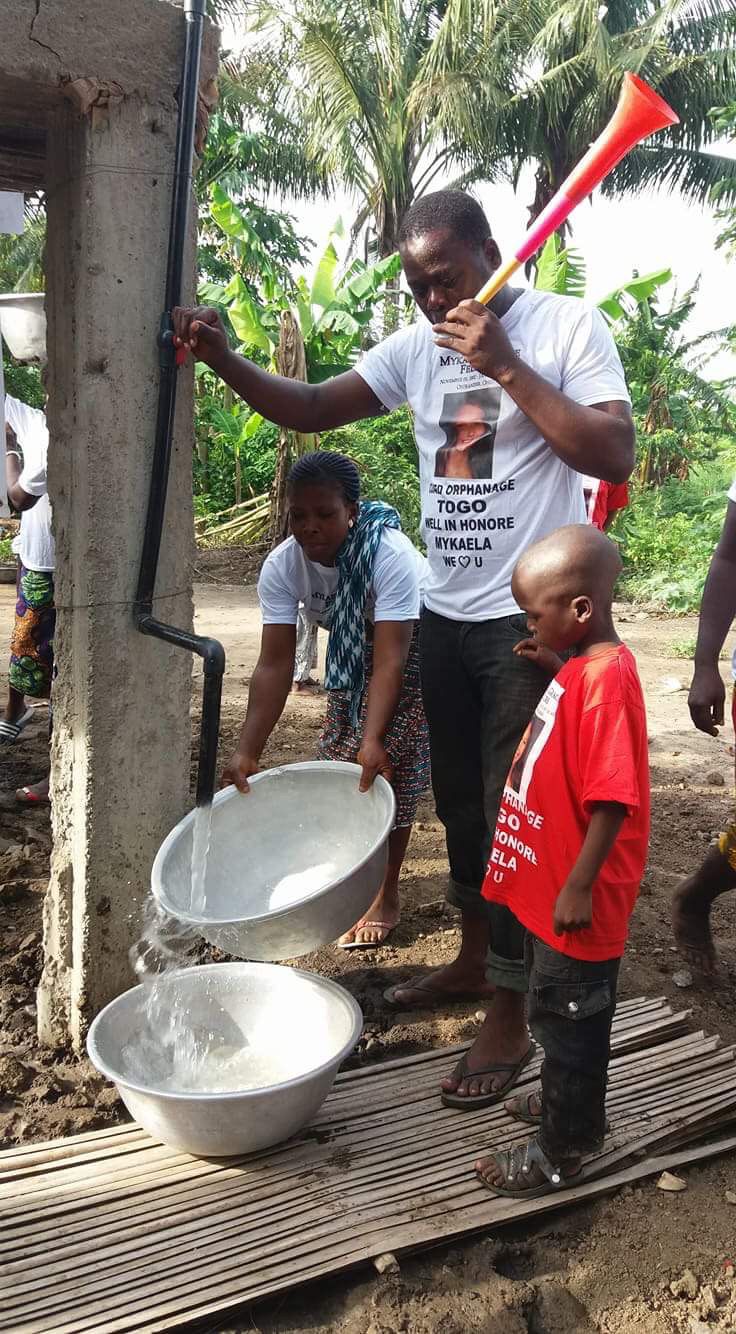 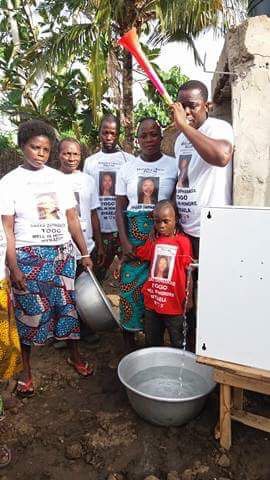 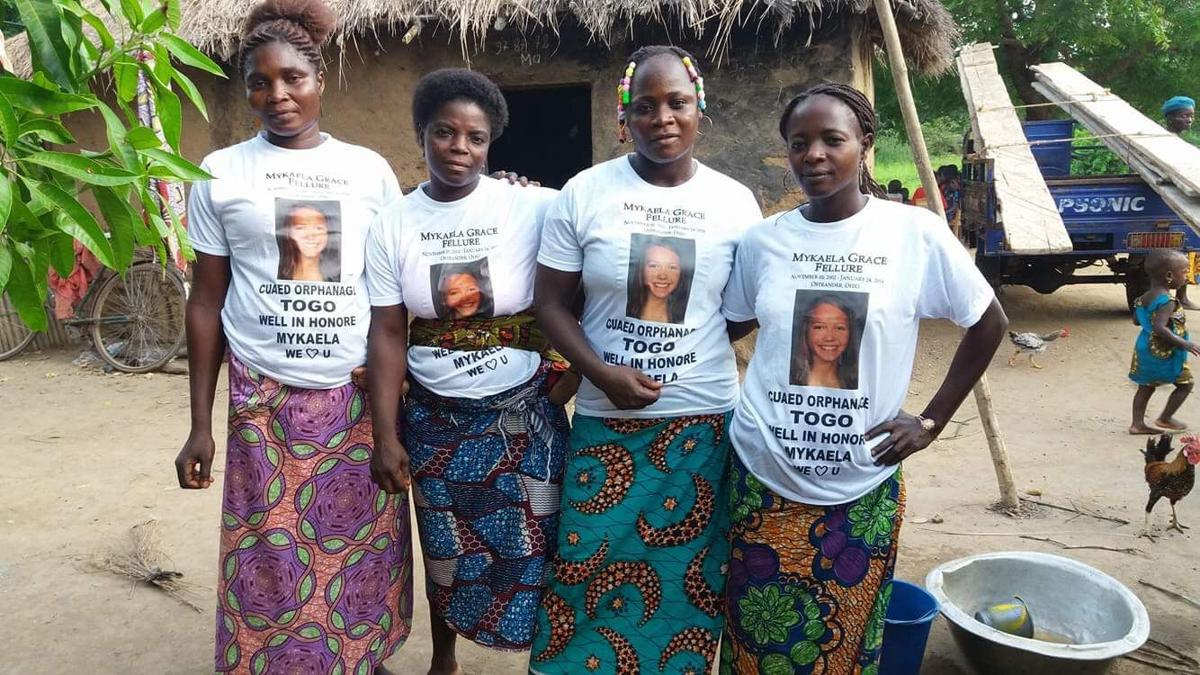 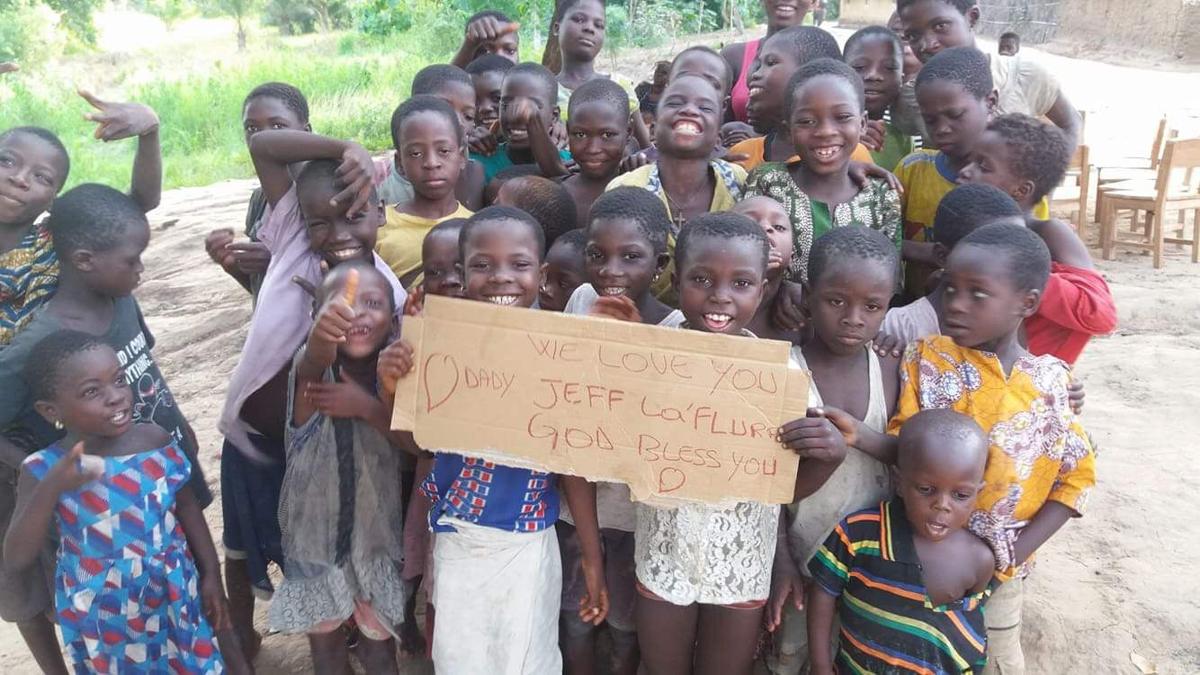 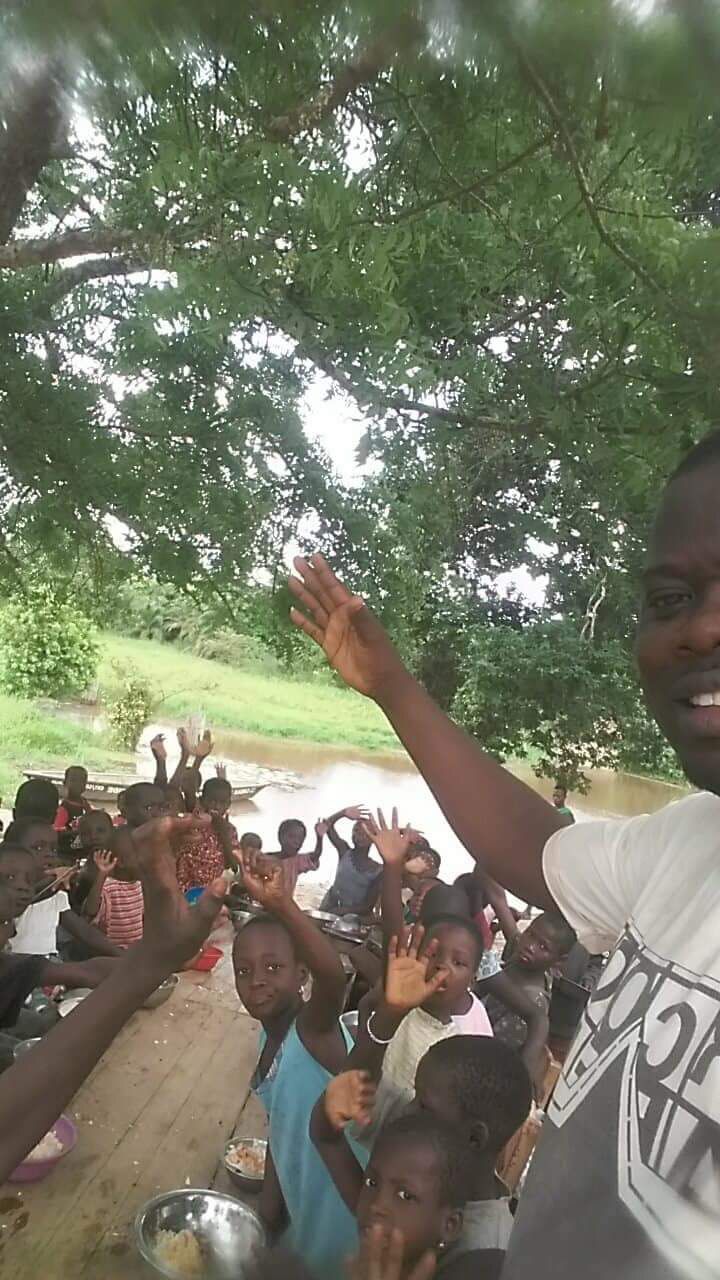 "They dug with their hands. It absolutely boggles my mind how they were doing it," Fellure said in awe. "They pulled it up, go back right back down until they hit water. They're all barefoot -- none of them have shoes.

The well will be dedicated to Mykaela, Messan said -- and soon, the town will be renamed Mykaela as well.

"Here every day there is a madness of joy in the heart of all of us dancing the songs of the cries of joy," Messan said.

Fellure marveled over the progress.

"The first clean drinking water in over two centuries," he said. "That's going to go on to supply life and sustain good health to thousands of people," he said. "Who knows how many people we'll touch over one tragic loss of life?"

Still - nothing could ever take away the pain of losing a child. Fellure said he still is reminded of his daughter's death regularly.

"I mean, I'd much rather have my daughter," Fellure said. "But I didn't know about those people, and because my daughter died, now I do care about people halfway around the world. You know what I mean?

"Something horrible has happened — yeah. But has something good come out of it? I think so," he continued. "I've taken my grief and my anger and my bitterness, the 'why's' and turned it into, 'something bad has happened, and now let's try to make something good out of it.'

"Bad stuff happens every day, but what are we going to do about it? What's going to be our response to all the negativity? We can succumb to the negativity and become negative and bitter and angry at ourselves, or we can try to do something good. Because life goes on."

Fellure plans to go to Cuaed for the dedication of the well to Mykaela before the anniversary of his daughter's death. Upon his arrival, he plans to take mosquito nets and flip-flops for the children.

"Life goes on either bitter and angry or life goes on happy and positive and helpful," Fellure said. "That's the route I've chosen."