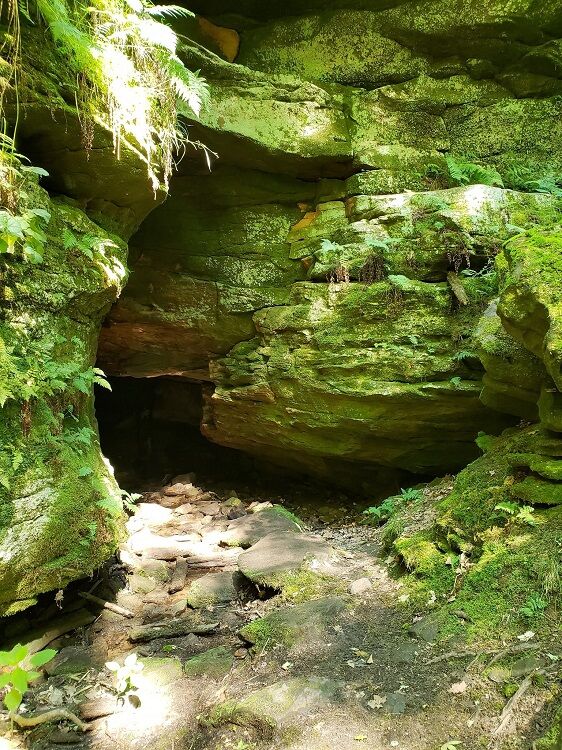 Rocky City Cave can be found off of Butternut Trail on a north-facing slope of the trail at approximately 1,150 feet elevation. 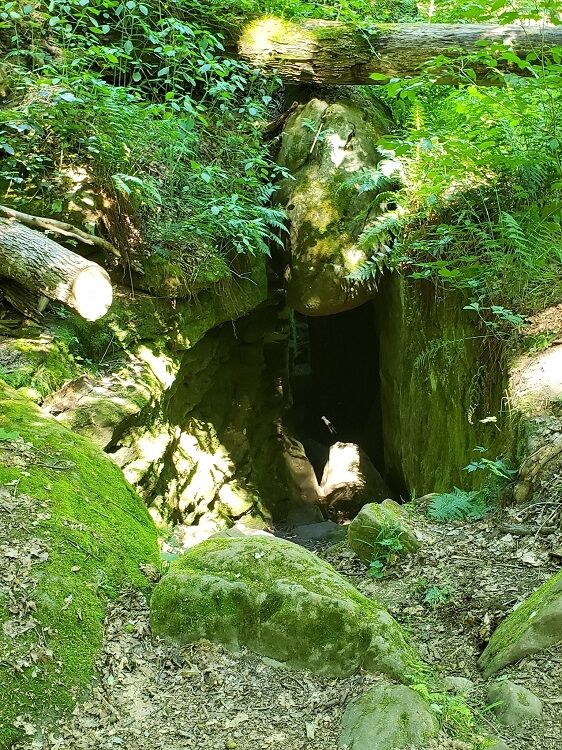 Malabar's cave varies from 3-6 feet wide and is about 100 feet long. 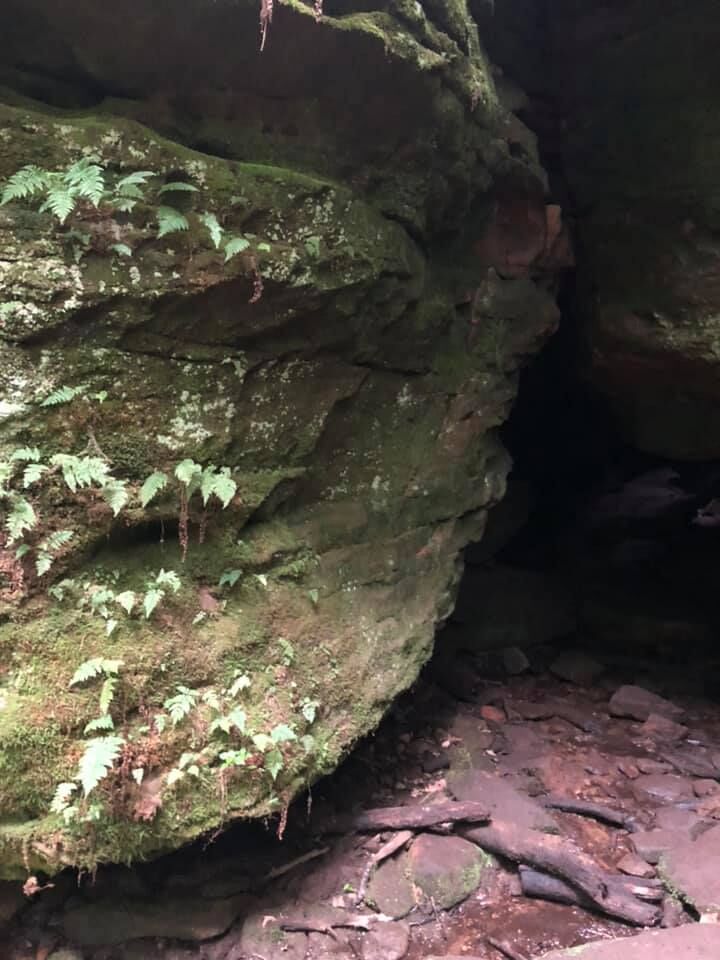 The cave is part of a Black Hand sandstone outcropping at the end of a ravine off the hiking trail.

LUCAS -- Hiking around Malabar Farm State Park offers a wide range of views and exciting experiences. One unique aspect of the landscape is the Rock City Cave off of Butternut Trail.

Rocky City Cave can be found on a north-facing slope of the trail at approximately 1,150 feet elevation. It is believed to be one of the only instances of a rock city in Ohio.

Named after an Indigenous petroglyph of a black hand in Black Hand Gorge near Newark (that was destroyed in 1828), it is a coarse sandstone. Covering a range of colors from red to brown to cream, Black Hand sandstone can form sheer cliffs and gorges, sometimes resulting in waterfalls.

Featuring more than one passageway or joint, Malabar's cave varies from 3-6 feet wide and is about 100 feet long.

The significant difference between this geological feature and others in Ohio is that it is believed to be periglacial, meaning that it likely occurred in relation to the freezing and thawing conditions along the edges of a past glacier. In this instance, that glacier would be part of the Wisconsinian glaciation, from around 110,000-11,700 years ago.

Of course, it is not the geological interest that brings hikers to the cave. Instead, the cave offers a fun site for exploring. In the summer, the cave provides a refreshing coolness after a day in the sun.

Butternut Trail is considered a moderate hike, as it can be steep, and the cave itself is rocky and can be slick. However, it is a short trail at under a mile, and it is a great way to spend time at Malabar Farm.