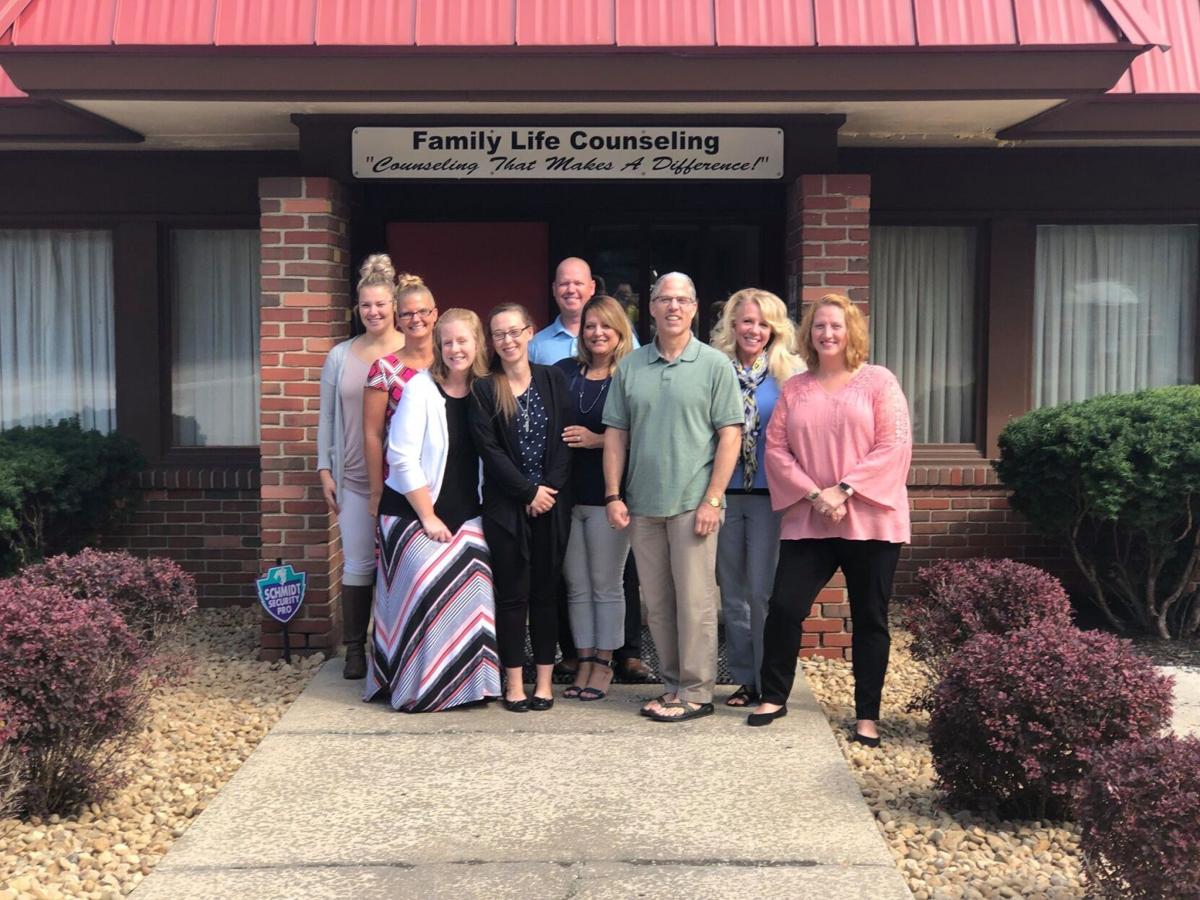 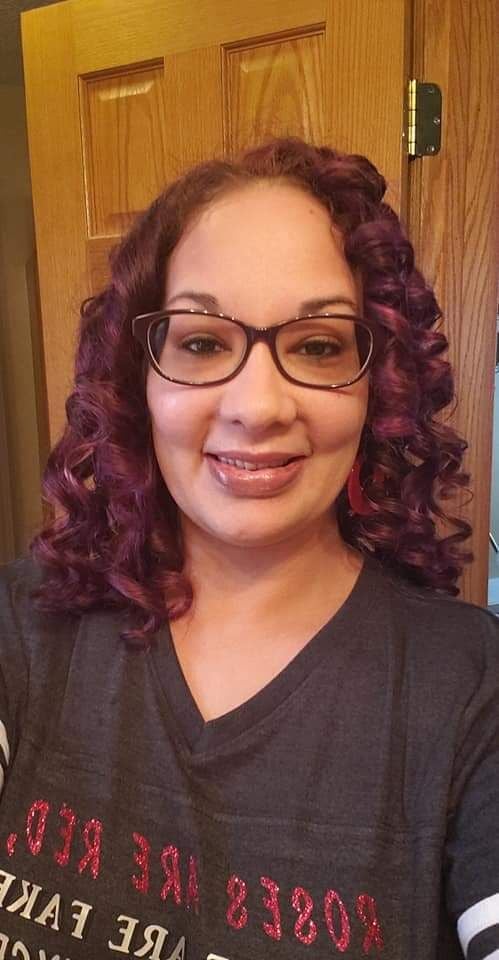 Amanda Thomas is going on three years sober this year. 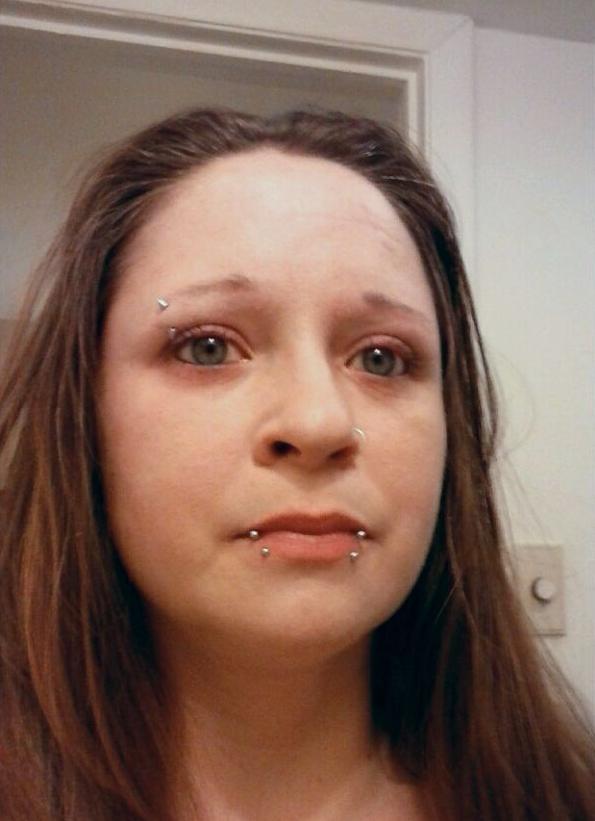 Jessie Spangler has had relationship issues in the past, but since coming to Family Life Counseling, she's learned the true value of friendship and healthy relationships. 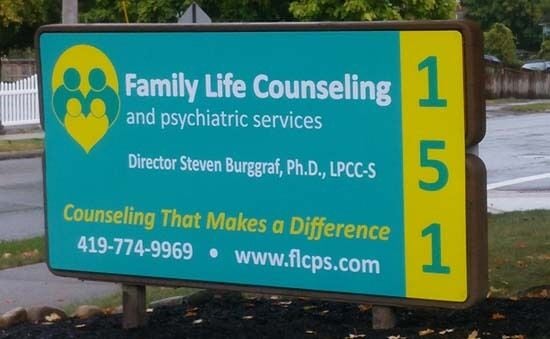 Editor's Note: This is the fourth and final of an ongoing series on mental health through the campaign KnowItB4UNeedIt, which encourages community members to educate themselves on the social services Richland county has to offer. These stories encompass local mental health services and ways to get help and know it before you need it.

When Amanda Thomas looks back on her life, she remembers using a long line of minor excuses and injuries to fuel her addiction.

Thomas grew up in Lodi on a farm where she stayed up until her late teens. Living on 40 acres of land and raising registered Angus cows took up most of her time. She ended up marrying her high school sweetheart, whom they share two children with, and up until her early 20s had a significant handle on all of her priorities.

Unfortunately, Thomas’s life was far from perfect or easy. Childhood trauma and an early introduction to alcohol and marijuana made her all the more curious later on in life. At 22 years old, she did her first line of cocaine with her then-husband, and her world came crumbling down around her soon after.

“I made that choice, and that probably was one of the worst choices I could have made,” Thomas said. “My husband was able to stop because he doesn't have the disease of addiction. I was not able to stop.”

Thomas’s marriage ended in 2006 after a long list of differences on top of her addiction that put her and her ex-husband at odds. She also had to deal with a hysterectomy the following year while her son was battling an autoimmune disease.

Thomas was diagnosed with bipolar disorder, PTSD and OCD. At the time, she found herself “out of touch with reality.” A couple of months after that, she checked herself into her first inpatient treatment facility while her children went off to live with their father in Bellville.

Thomas moved eventually to be closer to her family, but in 2011 she needed another surgery after doctors found that her hysterectomy was performed wrong. She underwent several more surgeries and was prescribed Percocet that she ended up using and abusing from 2012 to 2016.

“They helped me be able to lay that foundation down, and they were able to encourage me when it was time to leave my abusive relationship,” Thomas said.

After finishing her involuntary outpatient community program, she went on to addiction recovery, where she continues to receive counseling in the MAP Care Solutions program.

“You're responsible for your recovery. Everybody that gets into recovery—if you relapse, that’s a choice, and that's a choice you've made,” Thomas said.

At 16 years old, she had her first baby by her 22-year-old boyfriend, whom her parents signed over legal guardianship. After getting married and delivering her first son, Spangler was then moved out of her parents’ home and into her boyfriend’s place. From there, her relationship turned abusive and stayed that way until she got out of it 10 years later with her two children. She married again after that and had her third child, but that marriage ended in 2020.

“I've had relationship problems, I’ve had trust issues, I've been betrayed by everyone… It's just been a hard, hard road,” Spangler said.

Her relationship with her children also suffered. Her oldest son developed abusive tendencies, ending with him being charged with domestic violence against Spangler in 2012. It resulted in her losing custody of all three children, leading to her downward spiral into smoking crack cocaine and doing other drugs. On top of that, Spangler also dealt with a lot of medical issues and took suboxone that she obtained illegally off the streets.

Spangler didn’t label herself an addict at first because she thought she had it under control and didn’t use as much as she thought a “typical” addict would. She had to learn that her actions, behavior and self-degradation were all contributing factors to her addiction. Looking back on those situations she put herself in, she can see those signs clearly.

“You have to try to learn to accept those mistakes, and if you can fix it, you can make it better,” Spangler said. “You can do that if you can, and you have to learn to accept it. Because otherwise it's just going to eat at you, and you're just going to be going through this self-punishment and torture. And you're actually punishing everybody else too along with yourself. You're getting nowhere.”

Since going into treatment, Spangler has recognized and acknowledged all of the mistakes she’s made in her life leading up to her choice to get high. She’s built a healthy relationship with staff members at Family Life Counseling that have aided her in recovery, but also in realizing what it’s like to have healthy relationships.

“If it weren’t for them believing in me and teaching me to believe in myself, I wouldn't be here where I am. I would be a mess, I wouldn't be anything at all really—just that shell of a person,” Spangler said.

Although she says she has many problems and is still working on building a relationship with two out of her three children, Spangler knows now how to suck back her pride and get the help before she needs it.

“They teach me to love myself, to care about myself and to believe in myself,” Spangler said.  “They do it all selflessly, just because, and so I know it's real.”

Our team of counselors is here to walk with you through your current struggles and help you find a way forward. Give us a call (419) 774-9969 or visit our website to learn more about our services.

The Know It B4 U Need It is an initiative focused on connecting Richland County residents with information, services and supports. Helping to discover answers to county questions or find help and hope in a crisis. Lead by NAMI-Richland County in partnership with the Richland County Mental Health and Recovery Services Board, First Call  2-1-1, United Way, Mid-State Multimedia and Richland Source the #KnowItB4UNeedIt team strives to unite people with the help they need. Our community challenge in 2021 is to help our neighbors find this information too. Visit KnowItB4UNeedIt.com for more information and to contact us to find out more about how to #BeAGoodNeighbor.